Do you know this species of tetra? It is remarkable in various points of view. Maybe we should start with the curious specific name, goethei. Is this fish dedicated to the universal German genius, Johann Wolfgang von Goethe? Sadly not. It is dedicated to the controversial eugenicist Charles Matthias Goethe (1875-1966). But that is only a subsidiary fact, isn´t it? The tiny fish – it attains a maximum length of only 3-4 cm – looks at the first glimpse a bit like the probably commonest species of small tetra from Amazonia, Hemigrammus bellottii. However, it belongs to a completely different relationship. In fact, Hoplocharax goethei is closer related to the predatory tetras like the freshwater barracudas of the genus Acestrorhynchus than to Hemigrammus and Co. One cannot see it with the bare eye, but the teeth of H. goethei are not multicuspid edges like in most small tetras, but elongate, sharp fang-like teeth! Nevertheless this miniature predator is absolutely peaceful against tankmates of similar size. Maybe the fish feeds in nature on newly hatched fry, who knows? In the aquarium, H. goethei feeds readily on any type of usual fish food, even dried one. 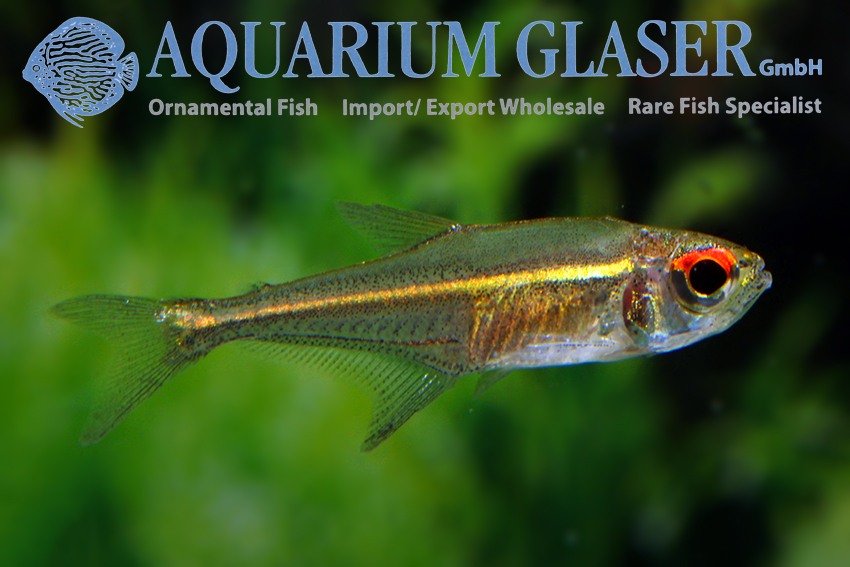 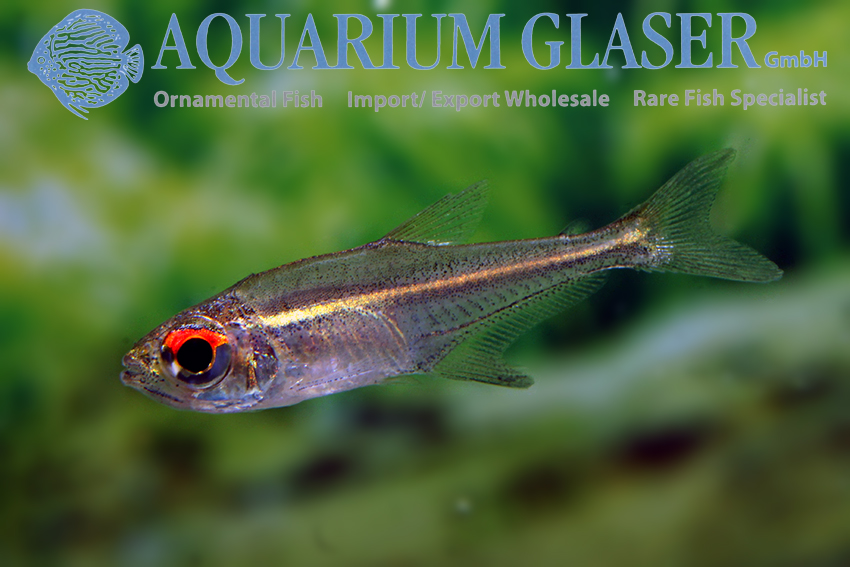 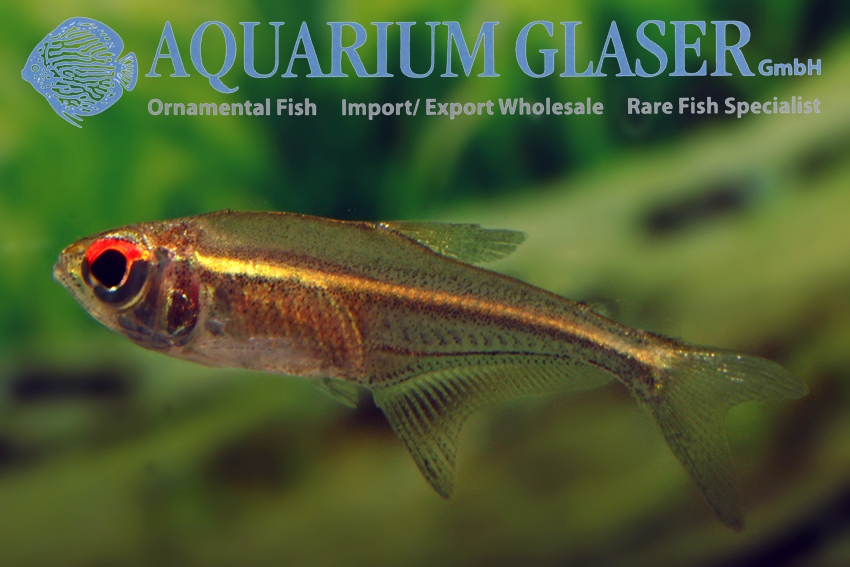 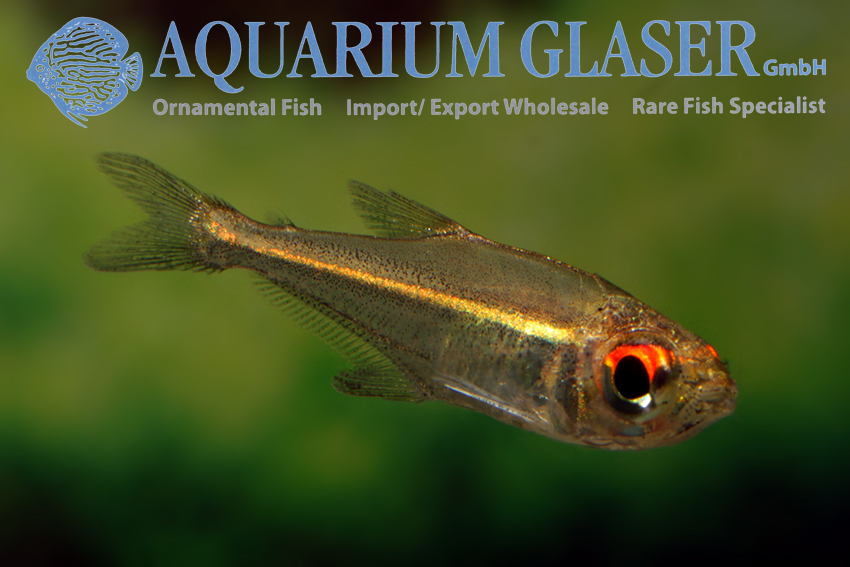 Until now, Hoplocharax goethei was imported by chance only, as an unplanned by-catch of cardinals, mainly from Colombia. Usually only very few, most often single specimens came in. Now we were able for the very first time to import a little larger number of the unusual tetra from Venezuela. Maybe now it is even possible to breed the fish?

For our customers: the animals have code 258853 on our stocklist. Please note that we exclusively supply the wholesale trade. Available in small numbers only!