Unfortunately, almost all predatory fishes have one unpleasant characteristic: most of them grow too large for average aquarium dimensions. In many cases we can only keep juveniles for some time and have to part with them when it becomes nice. What a pity!

An exception to this rule is Acestrorhynchus minimus, a barracuda tetra from Amazonia. The barracuda tetras are widely distributed in South America with 14 currently recognized species. Most species grow to 20-30 cm in length, so can still be maintained quite well in very large aquariums. However, Acestrorhynchus minimus even grows to only about 8-10 cm in length and can thus still be accommodated excellently in medium-sized aquariums of perhaps 120 cm edge length. Unfortunately the species is imported only very rarely. From scientific collections the fish is known from Brazil, Venezuela and the Brazilian-Colombian border area. Its type locality is the Lago Jacaré at the Rio Trombetas in Brazil. However, the specimens illustrated are from Peru, but all diagnostic characteristics of the species fit. From morphologically similar, large-bodied species, A. minimus can be most reliably distinguished by the fact that A. minimus has only a dark spot on the root of the tail, but not at the end of the gill cover.

For our customers: the fish have code 202254 on our stocklist. Please note that we only supply wholesale.

For the first time we were able to import Acestrorhynchus heterolepis, which has been described scientifically as early as 1878 by Cope from Peru. Our specimens originate from Venezuela; it was a mixed shipment of these fish and A. microlepis*. A. heterolepis has two dark horizontal bands, thus reminding a bit in A. isalinae; however, A. heterolepis is unique in the genus due to a patch of scales of different size immediately behind the opercle. At that place A. microlepis has a small black blotch. 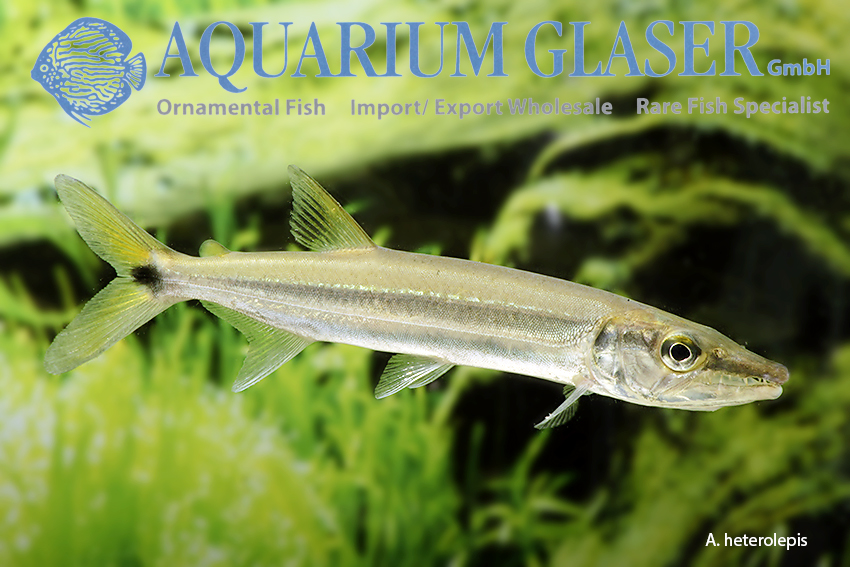 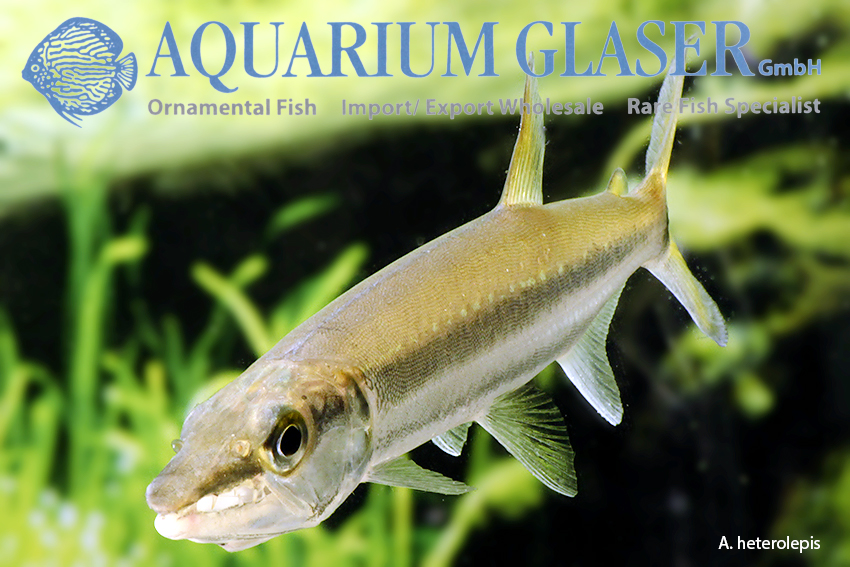 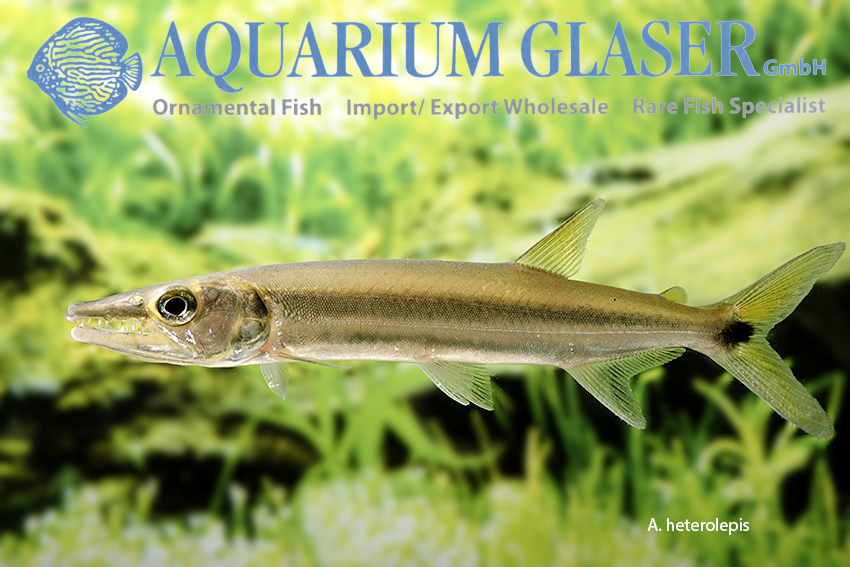 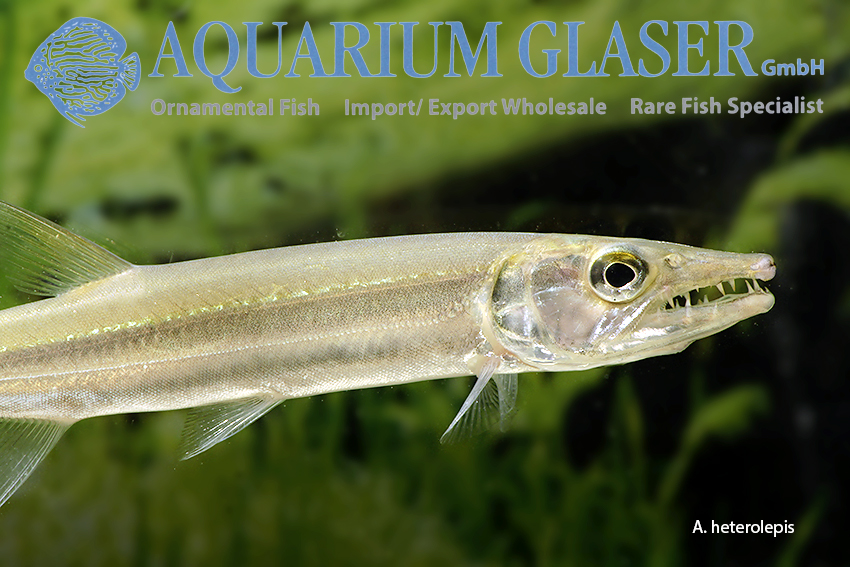 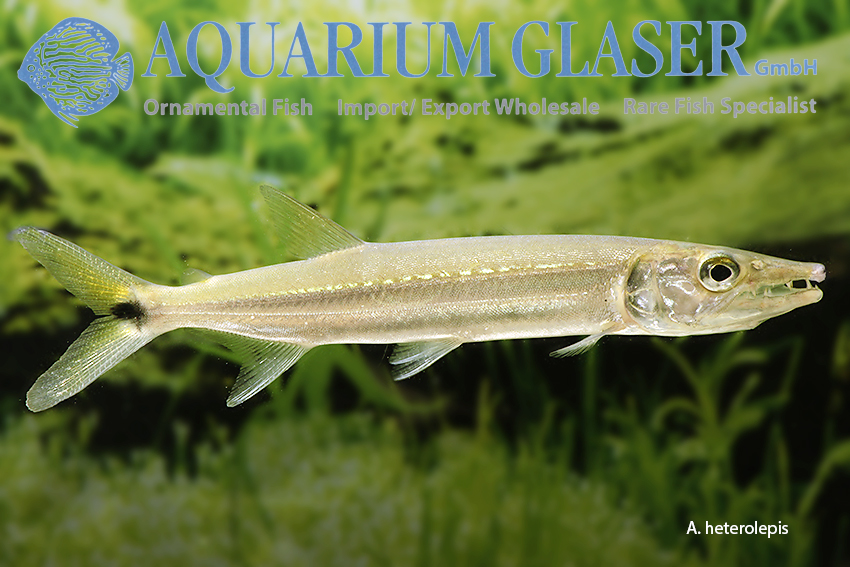 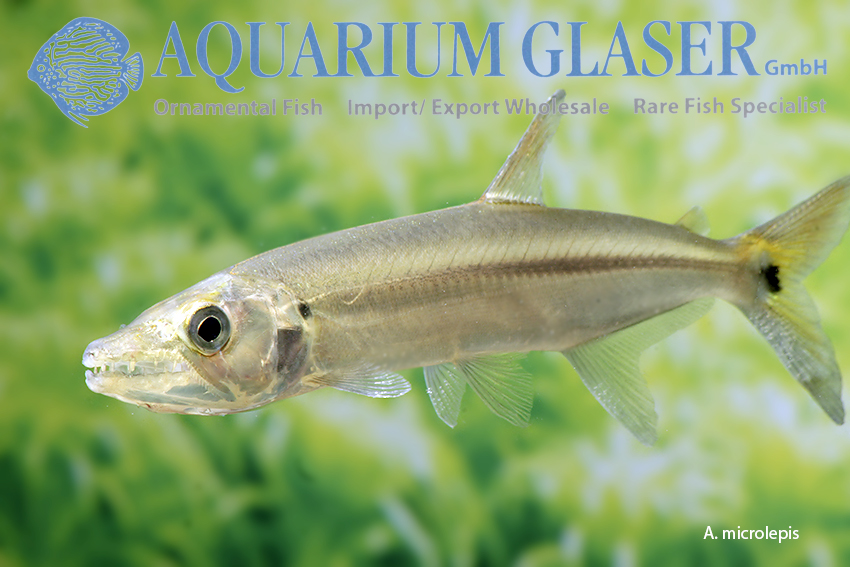 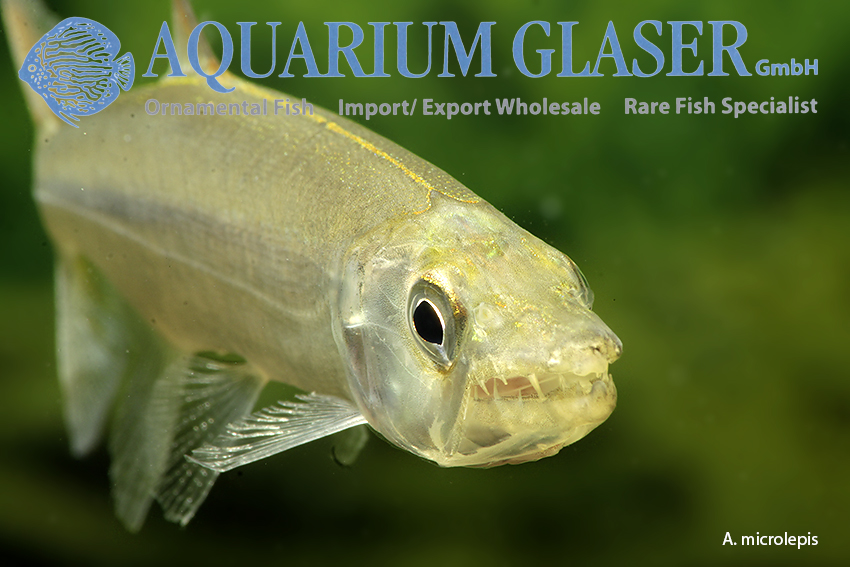 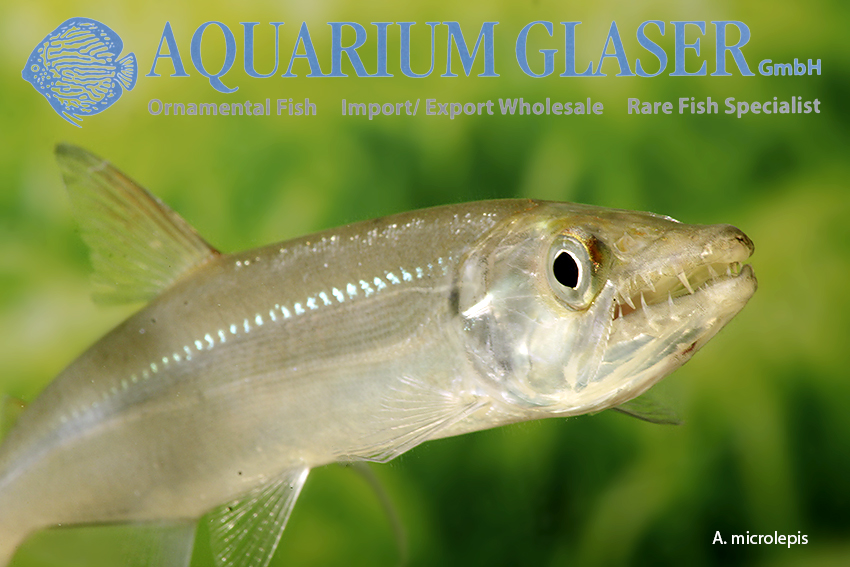 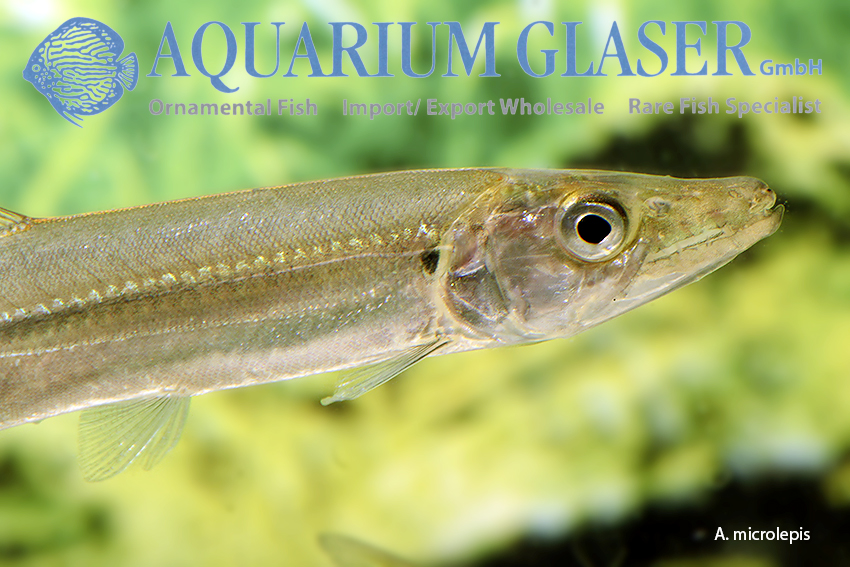 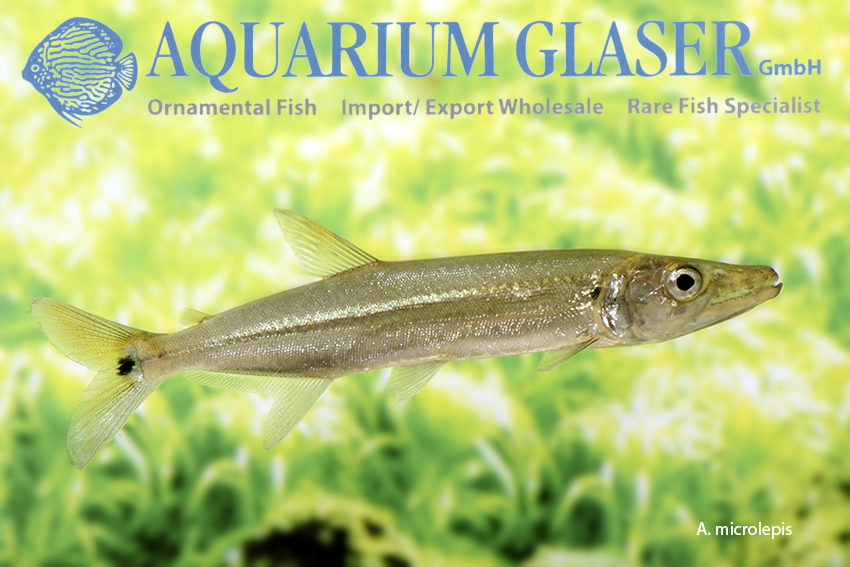 Our specimens are currently 7-9 cm long; according to the scientific literature both species can attain a maximum length of about 35 cm.

* it is posssible the these fish belong to the species A. apurensis; A. apurensis and A. microlepis differ only in the length of the snout compared with the head length; it is impossile to tell both species apart without comparative material.

For our customers: the animals have code 202053 (A. heterolepis) and 202203 (A. microlepis) on our stocklist. Please note that we exclusively supply the wholesale trade.

The barracuda tetras (Acestrorhynchus) a good aquarium fishes, although they are predators that prefer to feed on small other fish. Most species are medium sized – about 20-30 cm maximum length – but there do exist also dwarf species. Among the latter is A. isalineae. This species attains only 7.5 cm in standard length, this is about 10 cm total length. Usually in fishes the caudal fin is not included in reports of the length, because this fin is very often damaged in wild fish. A. isalineae is also a most attractive species. It has two black longitudinal stripes on the body and a yellow or red caudal spot. 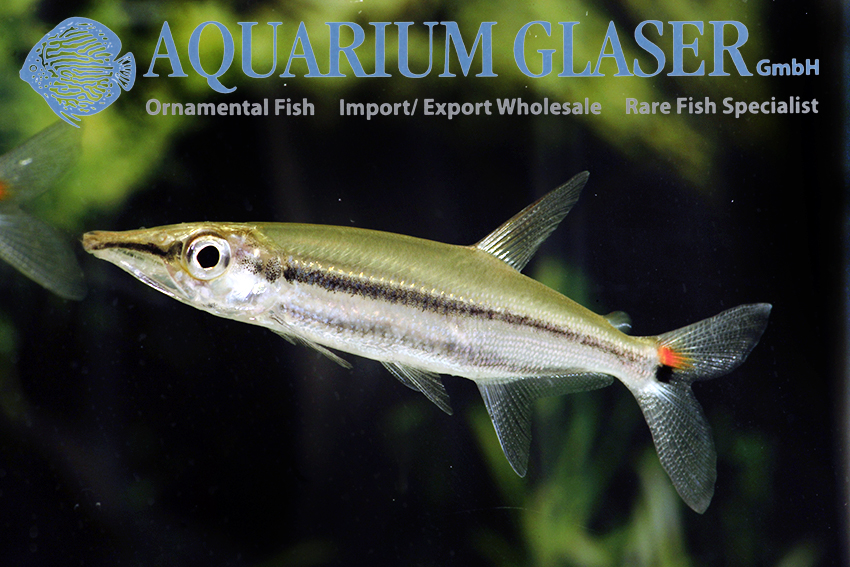 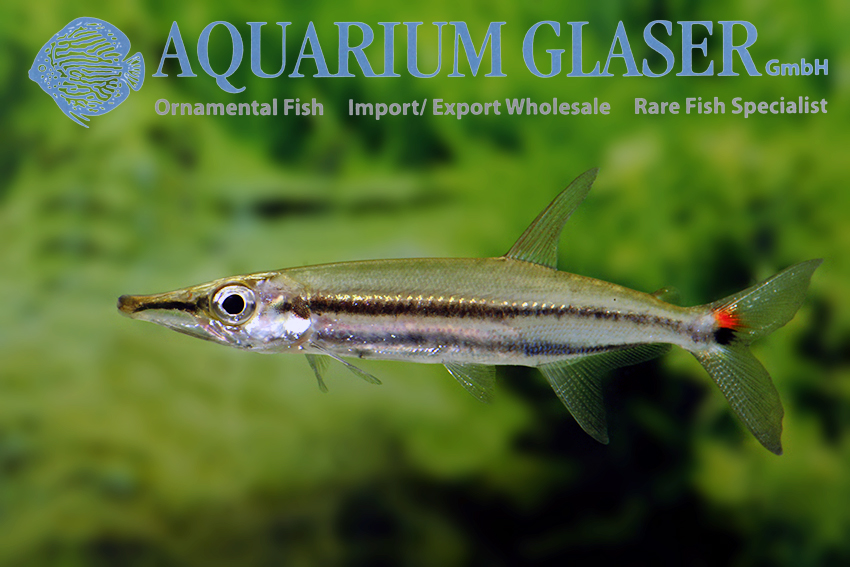 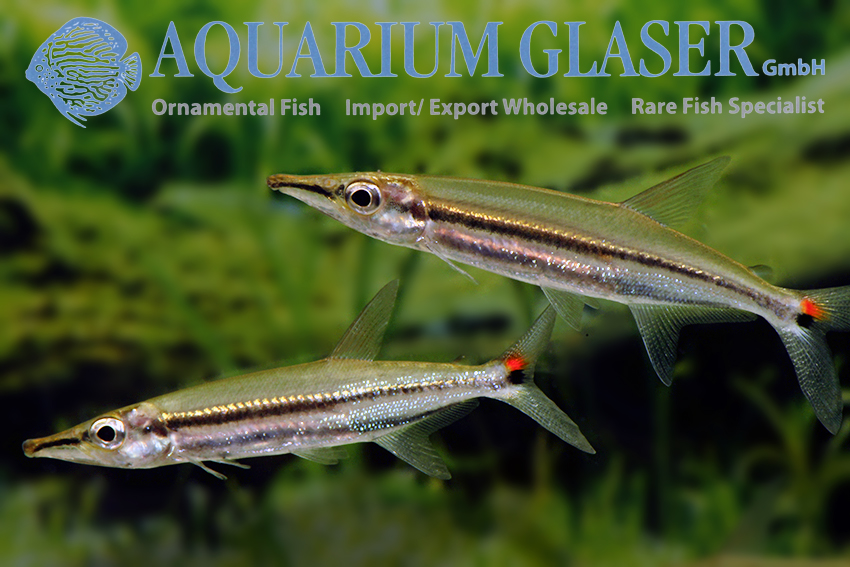 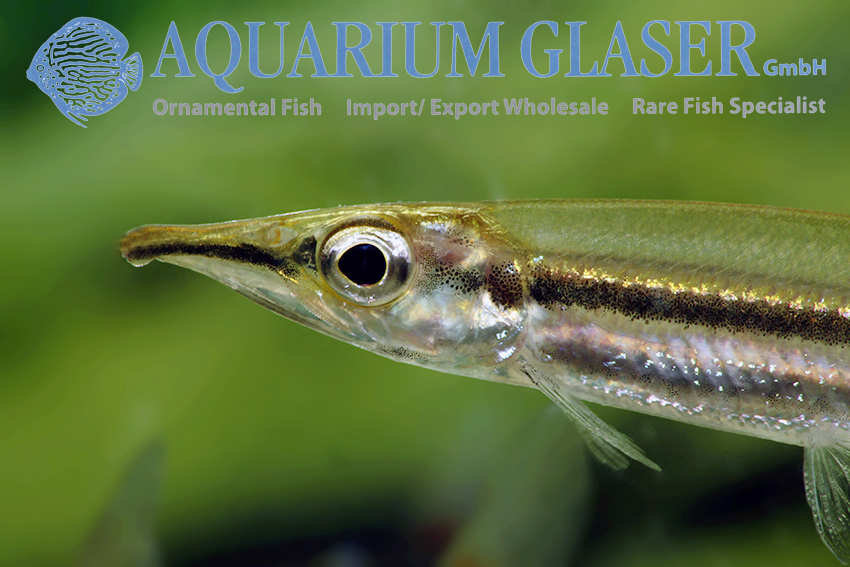 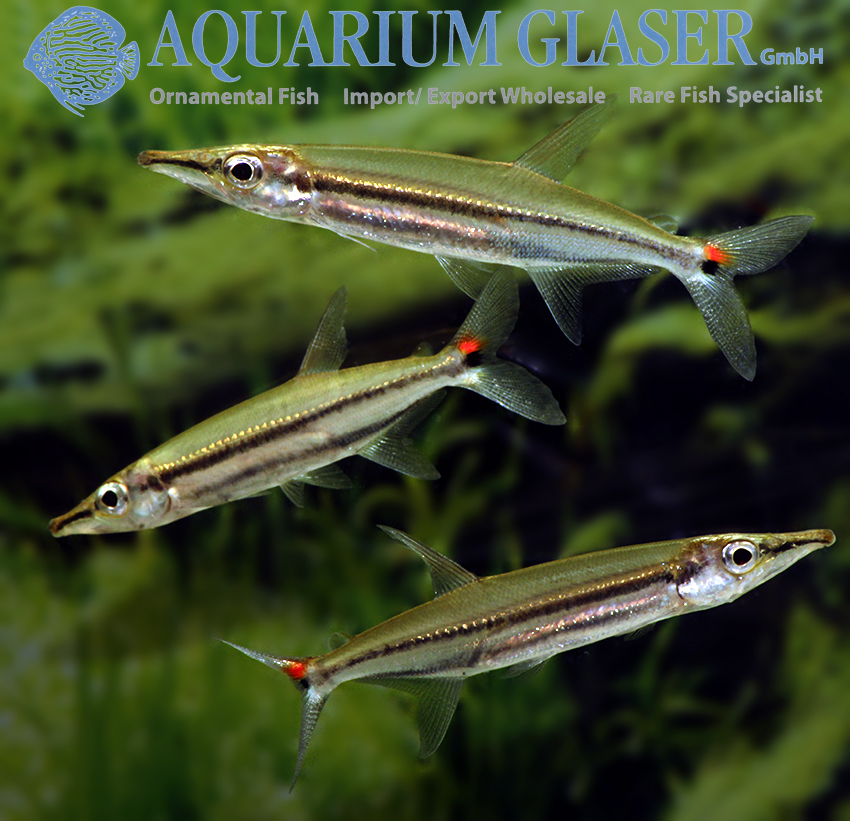 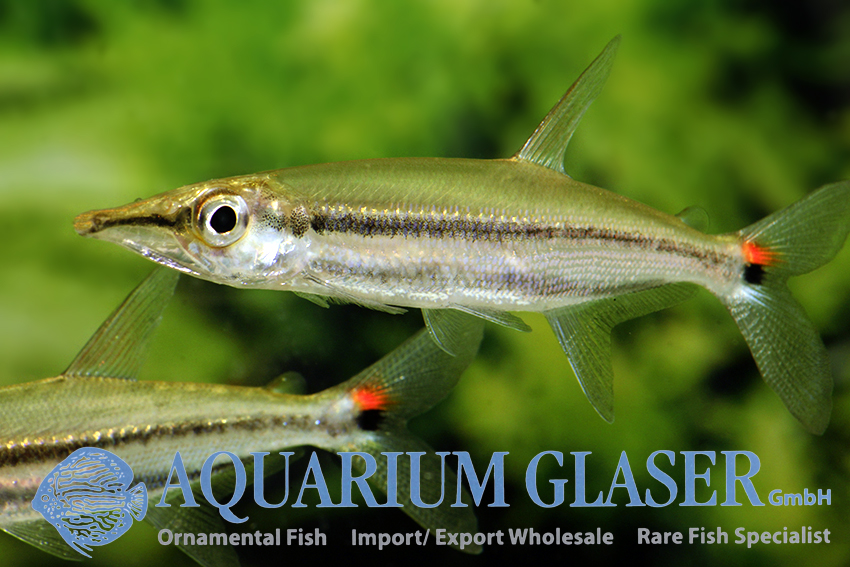 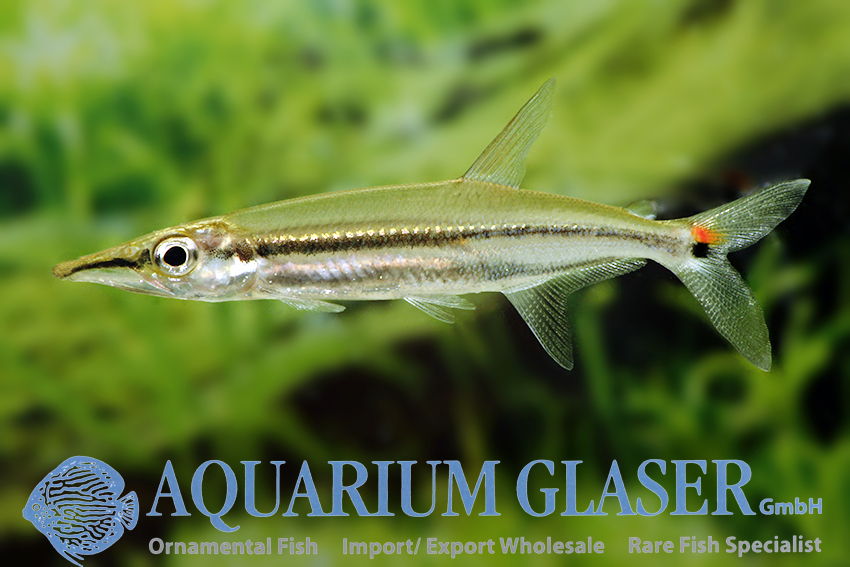 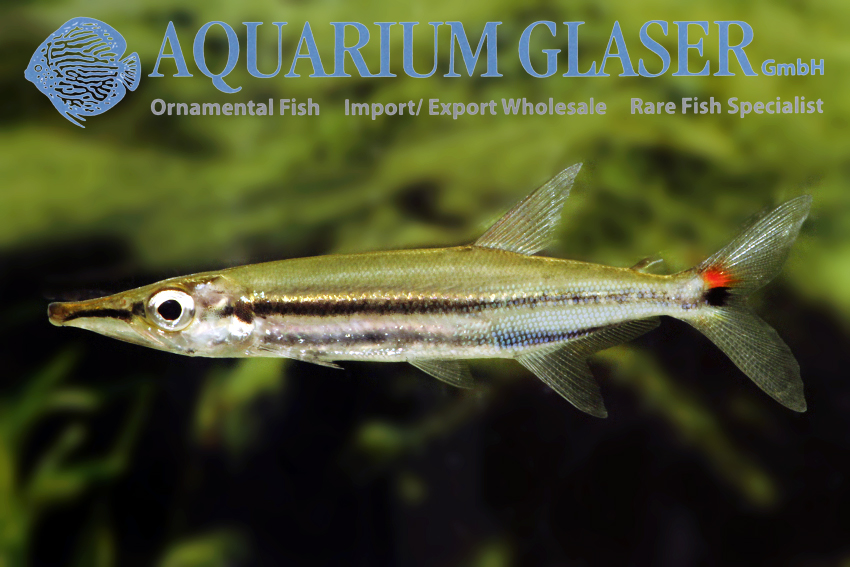 Already back in 1909 Eigenmann described a species from British Guyana, which is very similar to A. isalineae: A. nasutus. As one can see on the photo of the holotype in A. nasutus the caudal spot is not a circular point, but rectangular and spreads far in the caudal fin. Another difference beween A. nasutus and A. isalineae is the black stripe along the belly which ends above the anal fin in A. nasutus. Obviously A. nasutus has never been imported so far as an aquarium fish. A. nasutus attains the same maximum size as A. isalineae, eg about 7.5 cm standard length.

Acestrorhynchus isalineae has been described scientifically only in 1963 from the Rio Madeira basin. Exportations of Acestrorhynchus from that region do not appear, but there does exist a beautiful book on the fishes of the Rio Madeira. The fish illustrated there as A. isalineae is identical in all visible points with the fish exported regularly from Peru.

Currently we have a good number of fully grown, beautiful A. isalineae from Peru in stock.

For our customers: the fish have code 202103 on our stocklist. Please note that we exclusively supply the wholesale trade.