Males of all dolphin catfishes (Ageneiosus) develop huge dorsal fin spines and a penis-like mating organ at spawning time, also strange tooth-like looking papillae on the posterior margin of the upper jaw. They use the dorsal fin spine to clamp females for mating, and fertilization occurs internally. After spawning, the dorsal fin spine is shed again, like deer antlers after the rut, and the mating organ regresses so that males and females can no longer be distinguished externally.

Unfortunately, the relatively small remaining (under 10 cm) dolphin catfishes are rather inconspicuous in color. We could import now from Venezuela splendid, sexually active A. magoi. The fish are currently about 15 cm long. The maximum length given in the literature for A. magoi is 18-20 cm. Thus A. magoi is surely the most interesting dolphin catfish for aquaristics: highly attractive colored and comparatively small.

For our customers: the animals have code 203353 on our stocklist. Please note that we supply exclusively to wholesalers. Only available in small numbers.

Already in 1766 this catfish was described by Linné. It is one of the most widespread species in South America. It has been reported from Argentina, Bolivia, Brazil, Paraguay, Ecuador, Peru, French Guiana, Guyana, Suriname, Uruguay, Colombia and Venezuela. In the course of the centuries many synonyms accumulated: 12 times this species was described under different names! However, this is not surprising, if one considers how drastically the young fish differs from the adult animal! The best known synonym is surely A. marmoratus. Under this name we have received now again quite delightful, young animals with a beautiful pattern from Peru. They keep this beautiful markings up to a length of about 20 cm, then the dots become smaller and smaller with increasing growth and finally disappear, whereby the up to 60 cm long adult animal appears monochromatic silvery.

For our customers: the animals have code 203404 on our stocklist. Please note that we supply exclusively to wholesalers.

For the first time we could (recognized) import this dolphin catfish from Peru. The small species (the biggest scientifically known animal had a standard-length – therefore without tail fin – of barely 8,5 cm) occurs in the area of the upper Amazon, where the river is still called Solimoes.

Tympanopleura cryptica was described scientifically only in 2015; before that the species was probably always confused with other species, hence the species name cryptica, which means “hidden, concealed”. The males of T. cryptica get a strongly extended back-fin during the reproductive-time – like all dolphin-catfish – that serves during the mating to press the female against the side of the male. The inner fertilization takes place on that occasion with a mating-organ, that is formed from the first five rays of the anal fin. One can recognize the males by it also outside the reproductive-period while the long back-fin-spine is shed. One can compare this quite well with the antlers of the stags, that is formed also again annually. The photographed animal is a male, clearly recognizable at the mating organ.

Interesting are the very large nose pores, which at first made us think that the animals had bumped somewhere. But since this phenomenon occurs in many specimens and always on both sides, and can also be seen in the preserved type specimens, we think it is normal.

In our facility these catfish are strictly nocturnal and move during the day only when food is given, as it is known from other driftwooid catfishes (e.g. Duringlanis (former Tatia) perugiae). Concerning the feeding it is to be said that one should be careful with Tympanopleura, what concerns the tankmates. Tympanopleura are predatory fish that can eat surprisingly large fish. However, the catfish also accept all usual frozen food.

For our customers: the animals have code 203033 on our stocklist. Please note that we only supply the wholesale trade. 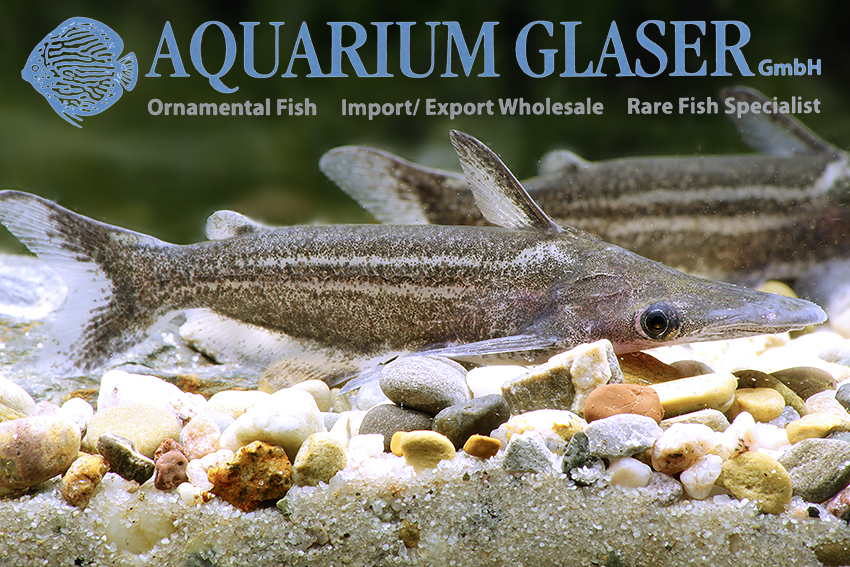 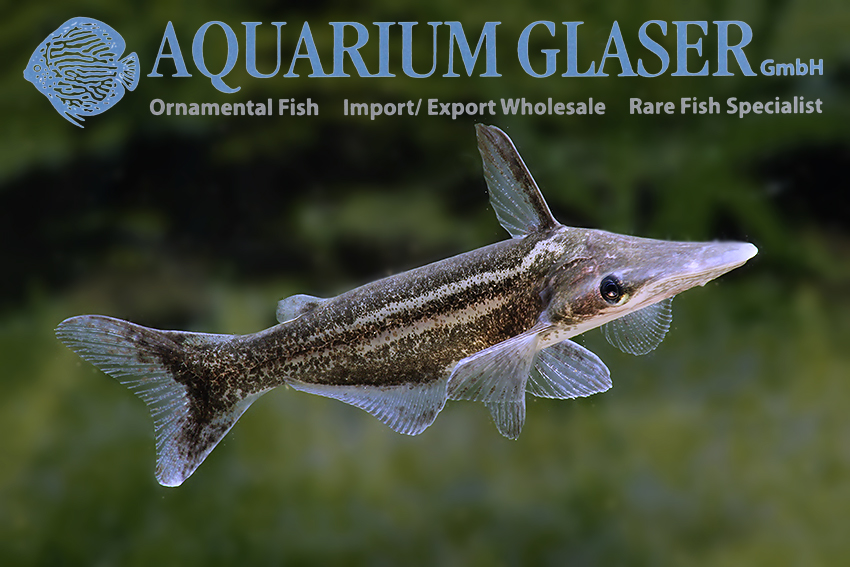 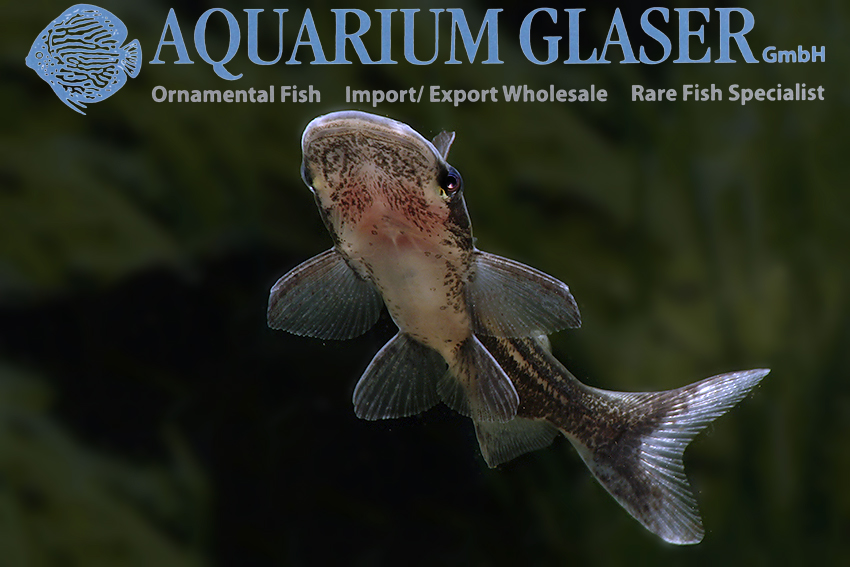 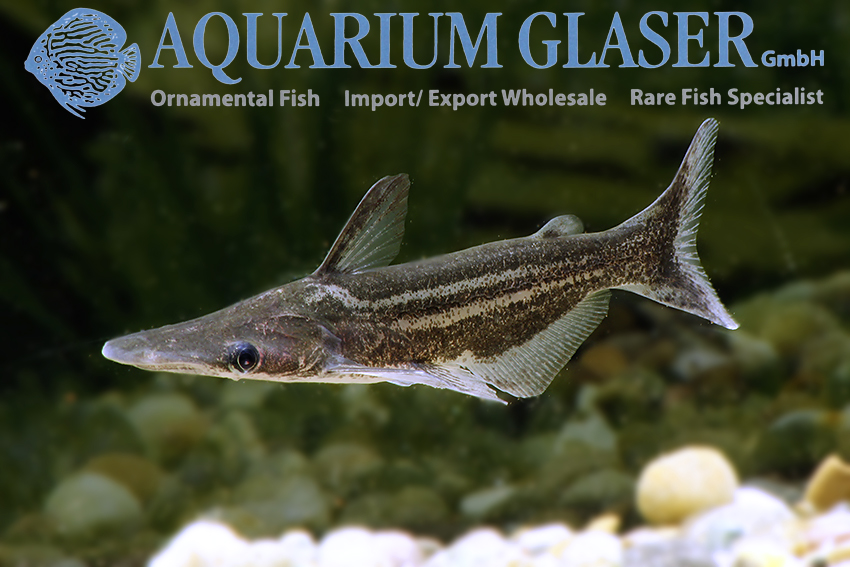 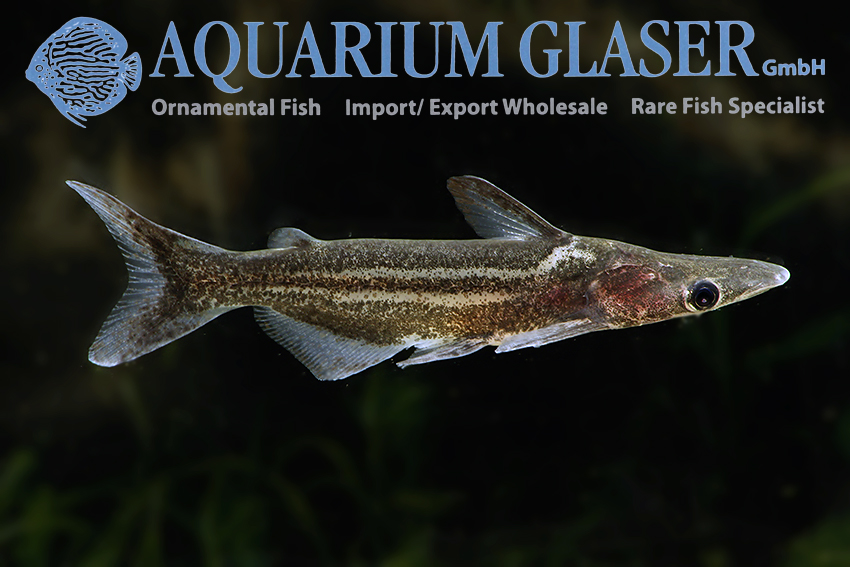 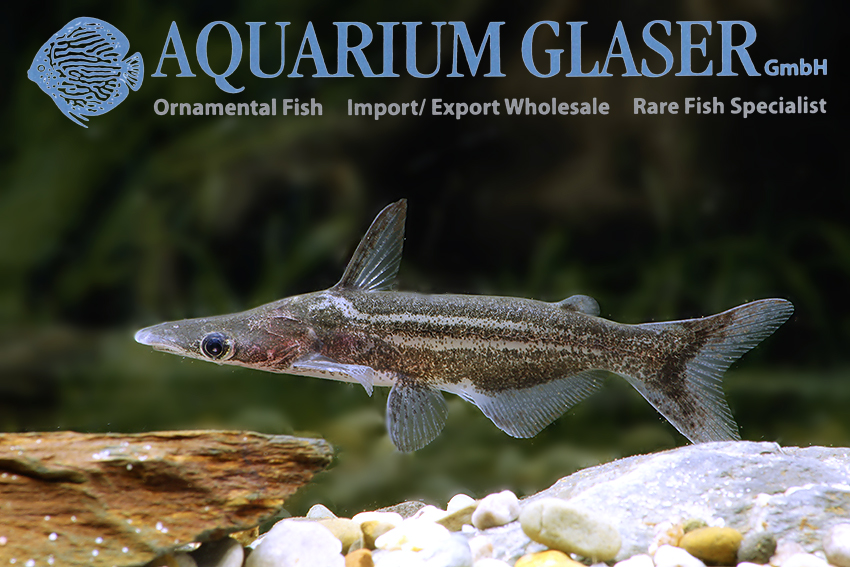 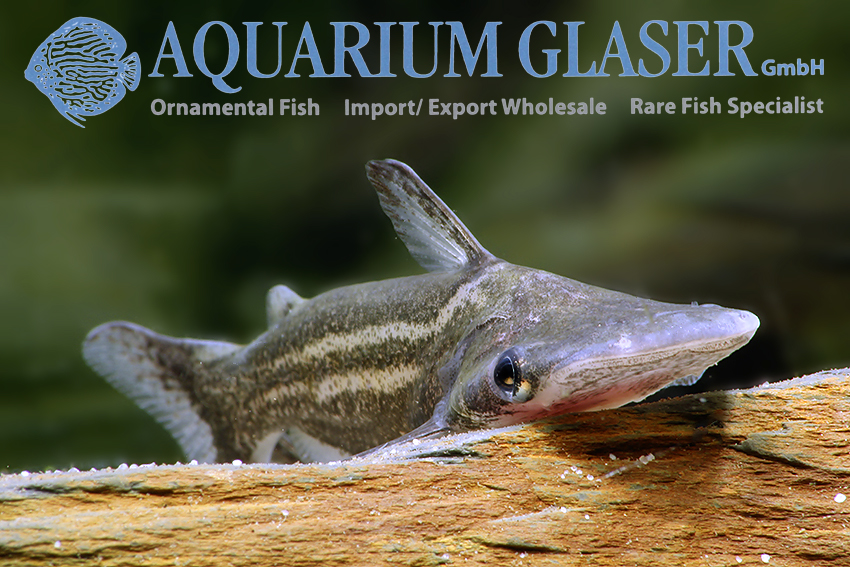