Once again we were able to import zebra crayfish. These crayfish experienced some name changes due to the fact that the freshwater crayfishes of New Guinea were little known prior to their aquaristic discovery. The animal originally entered the trade as Cherax misolicus, but it was thought to be more likely C. papuanus. Its valid name is now Cherax peknyi Lukhaup & Herbert, 2008. Very similar is Cherax alyciae, which was thought to be a color variant (“Blue Kong”) of C. peknyi before its scientific description in 2018. However, coloration is highly variable in crayfishes, even within the same population, so it cannot be used well to distinguish species. The most reliable way to recognize C. alyciae is that the adult males develop a soft, bubble-like bulge in the anterior region on the outer claw finger, but the males of C. peknyi do not.

Currently we have received very colorful animals, some of which show fiery red claws with overall lighter and reddish coloration, while others tend more in the blue direction. Cherax peknyi originates from the Fly River drainage in Papua New Guinea. It reaches a maximum length of 10-12 cm.

The Cherax crayfishes from New Guinea are well keepable and breedable aquarium animals. You only have to be aware of the fact that they are very addicted to hiding and usually leave their hiding place only at night and for feeding. They feed on dead foliage as their main food, and can be fed literally almost anything that ornamental fish will accept as food.

For our customers: the animals have code 483024 on our stock list. Please note that we supply exclusively to wholesalers. 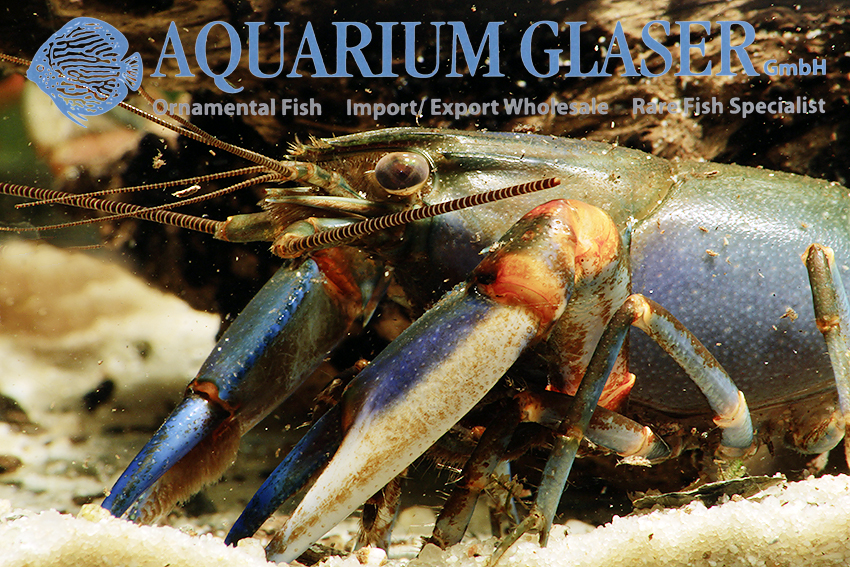 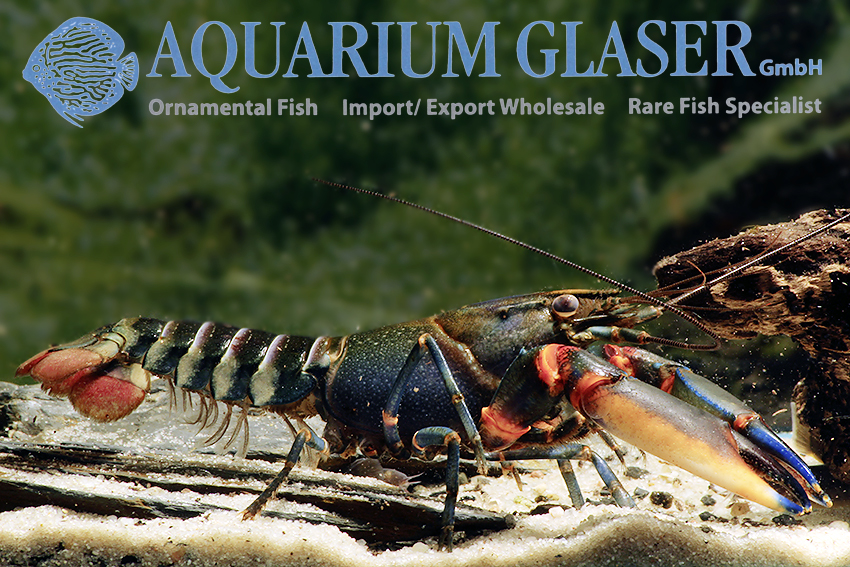 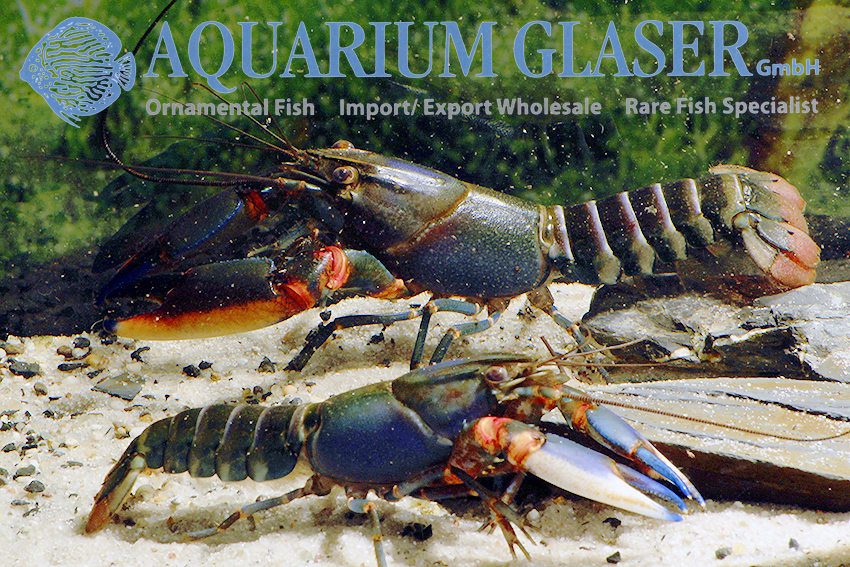 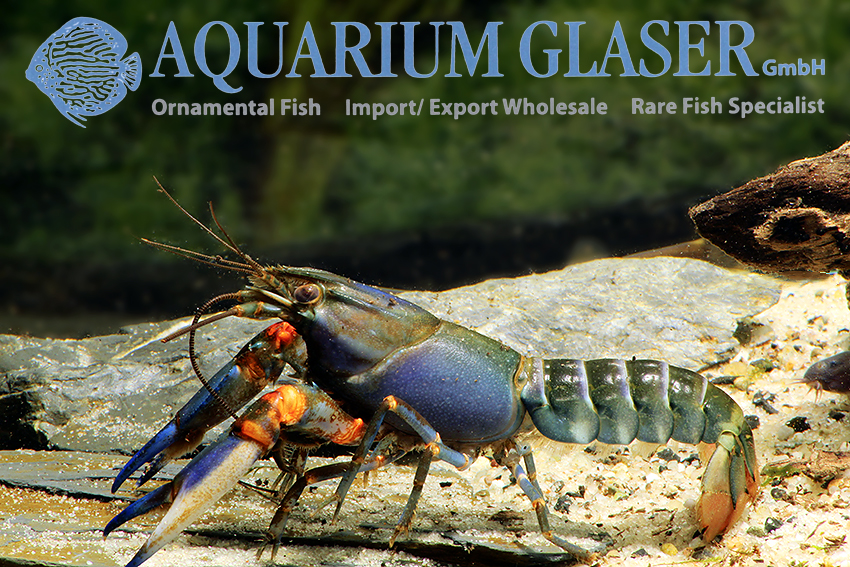 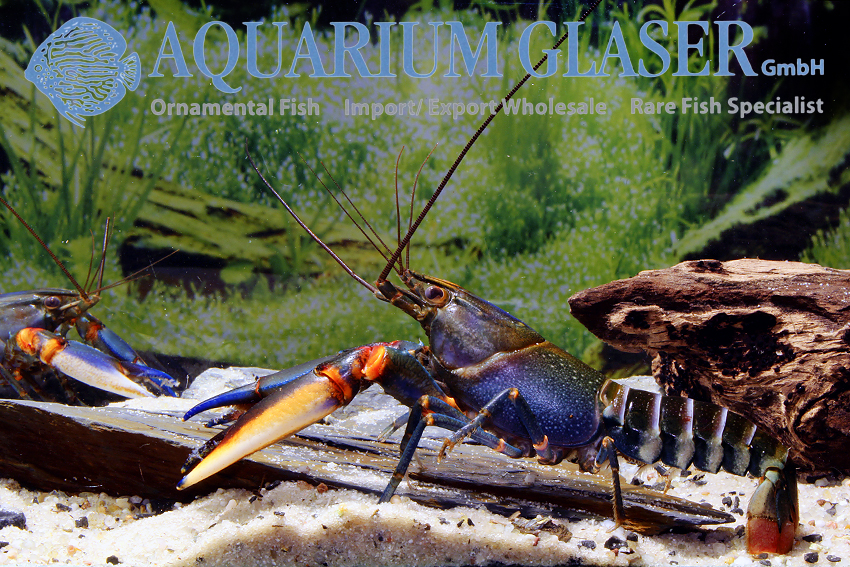 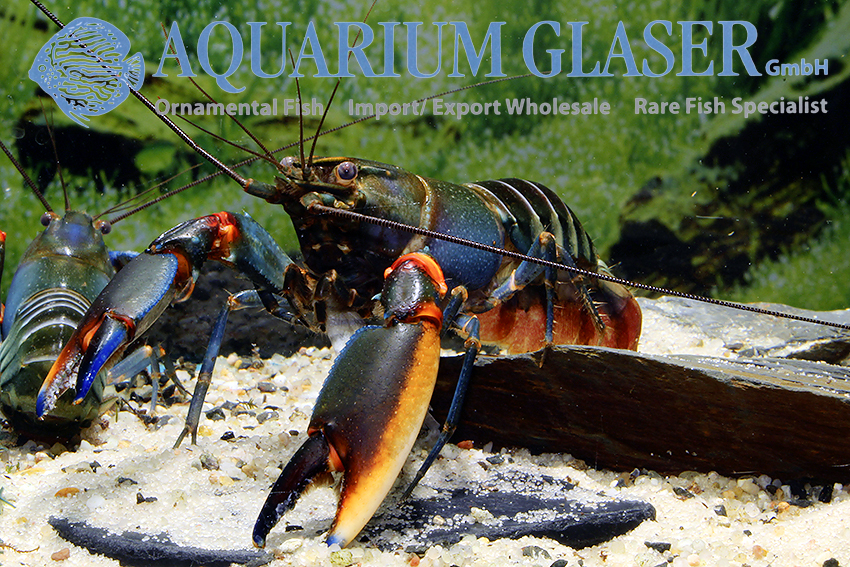 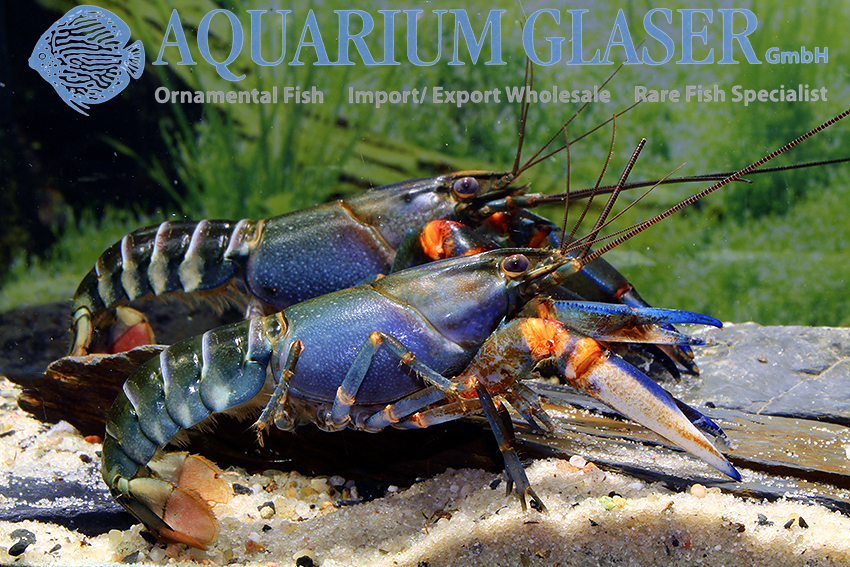 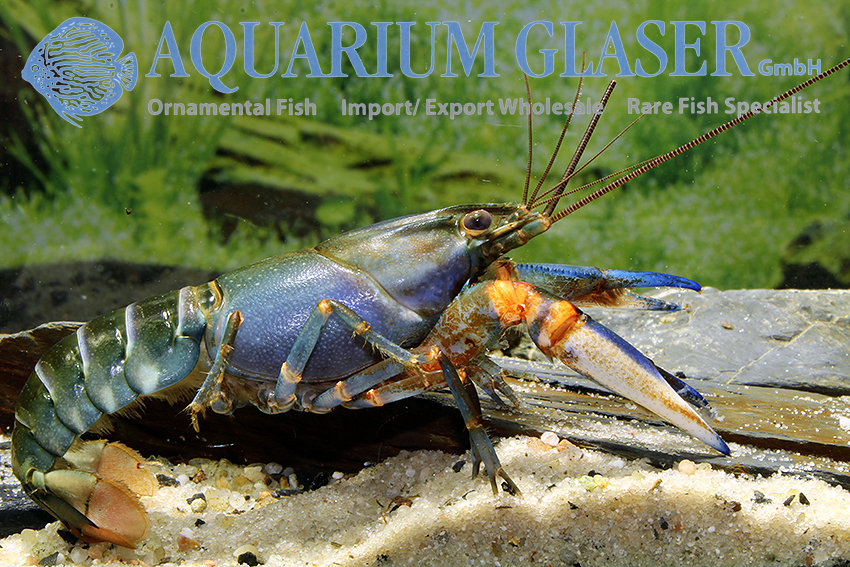 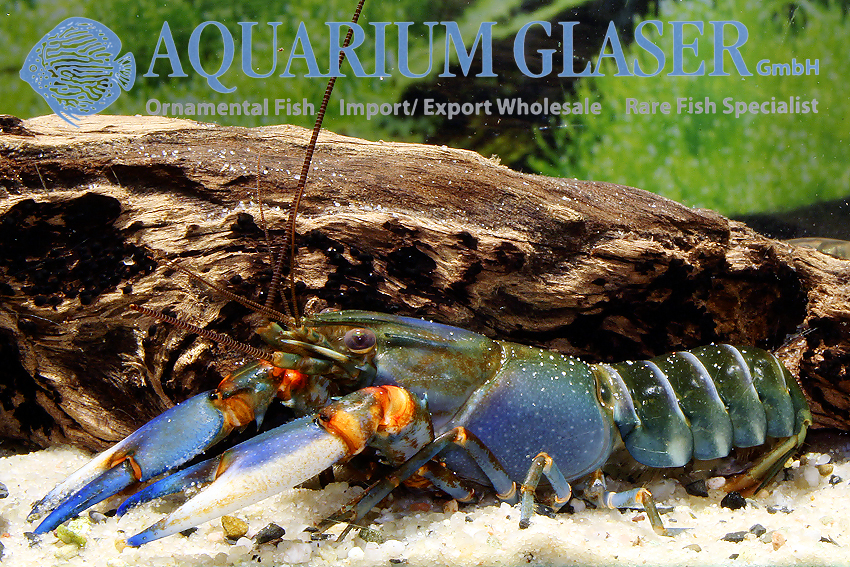