The skunk cory is one of the most famous Corydoras species – you might think! In reality it is most probably a scientifically undescribed species, while Corydoras arcuatus – this scientific name is used for the skunk cory – is hardly ever on the market. But regardless of that: the regularly in large numbers available skunk corys come from Peru and become about 5 cm long. 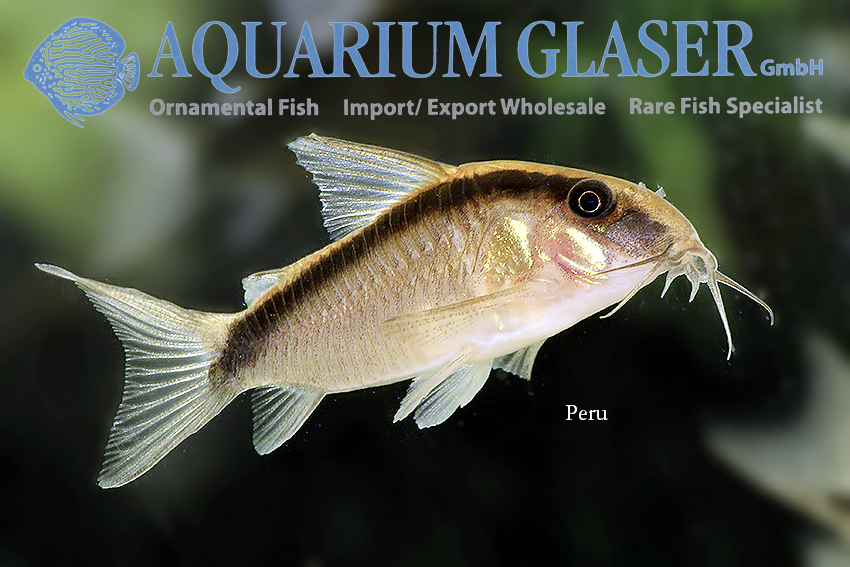 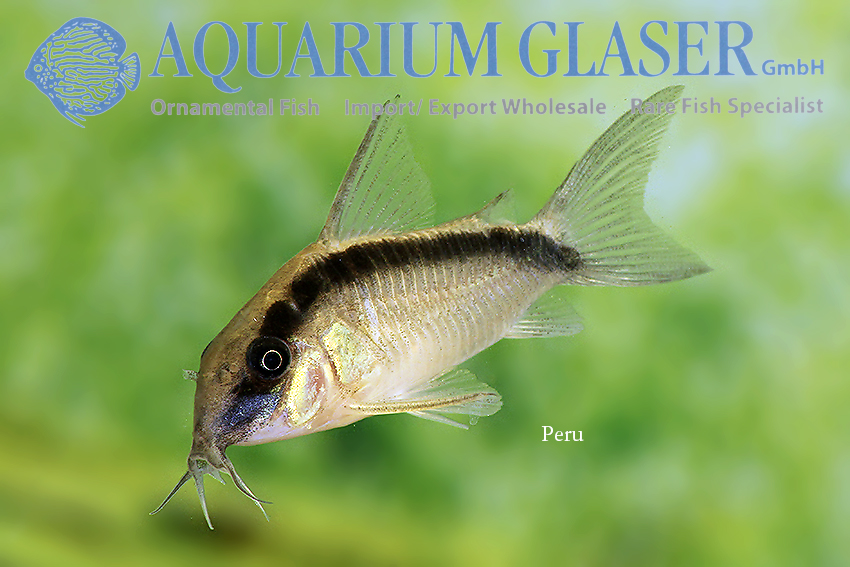 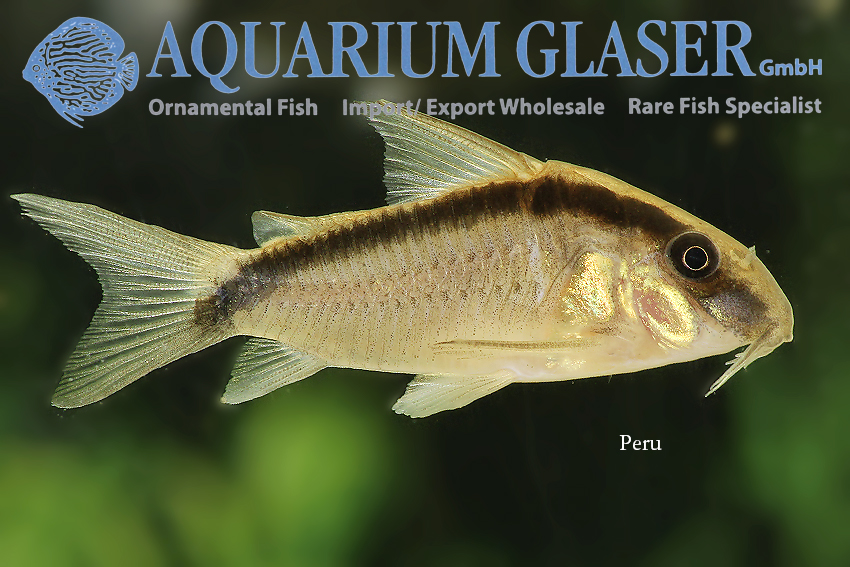 From Brazil, more precisely from the basin of the Rio Purus (the Rio Purus is a more than 3,200 km long right tributary of the Amazon, which originates in the Peruvian Andes and flows into the Amazon about 150 km west of Manaus) come skunk corys, which become much bigger (6-7 cm). Mostly, these fish have a dark-gray back-fin spine (very much more brightly with “ordinary” skunk corys), is to be distinguished otherwise however from the smaller remaining skunk corys not colorwise. 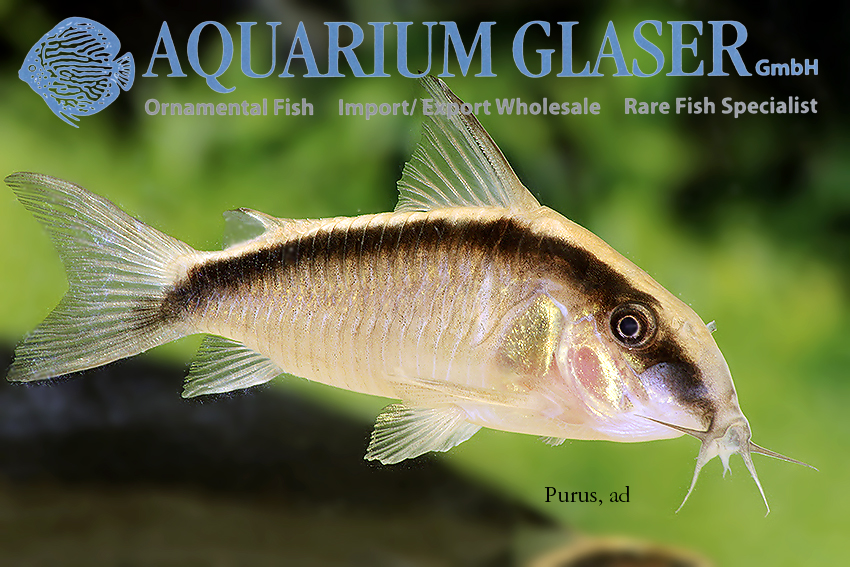 Now we received, together with our imports of the Corydoras cf. urucu (https://www.aquariumglaser.de/en/fish-archives/corydoras-cf-urucu-2/), young of the skunk cory from the Rio Purus. They are clearly slimmer than about the same size Peru skunk corys, often have a fine drawing in the tail fin (the tail fin is transparent with Peru skunk corys) and above all a strong black tip of the dorsal fin. Such a thing never occurs with Peruvian skunk corys. 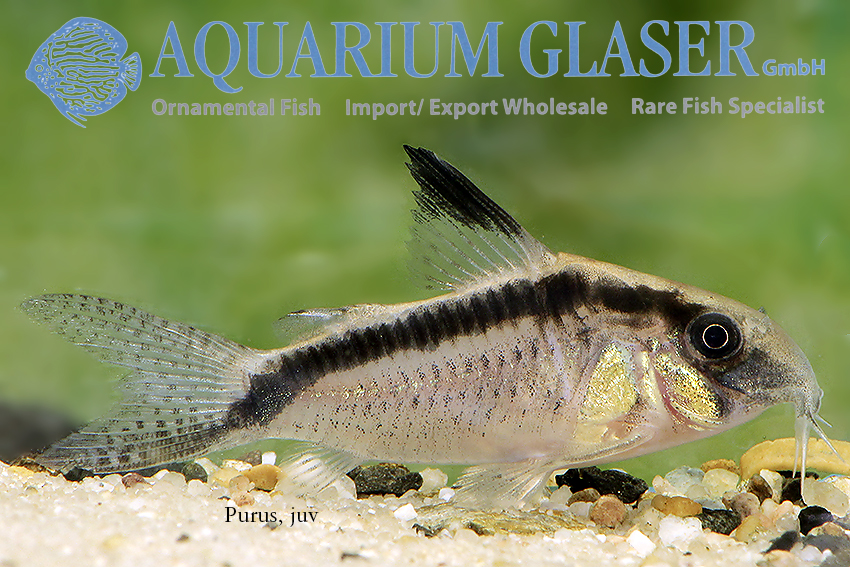 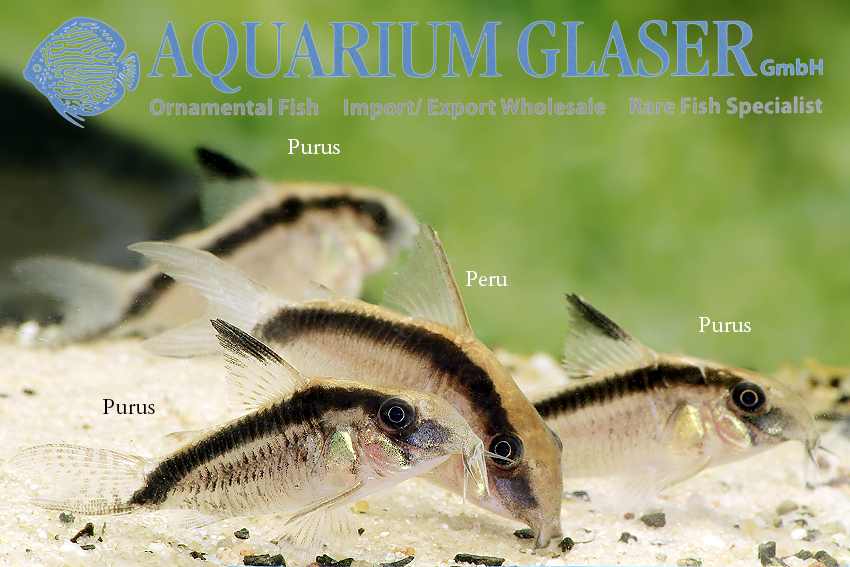 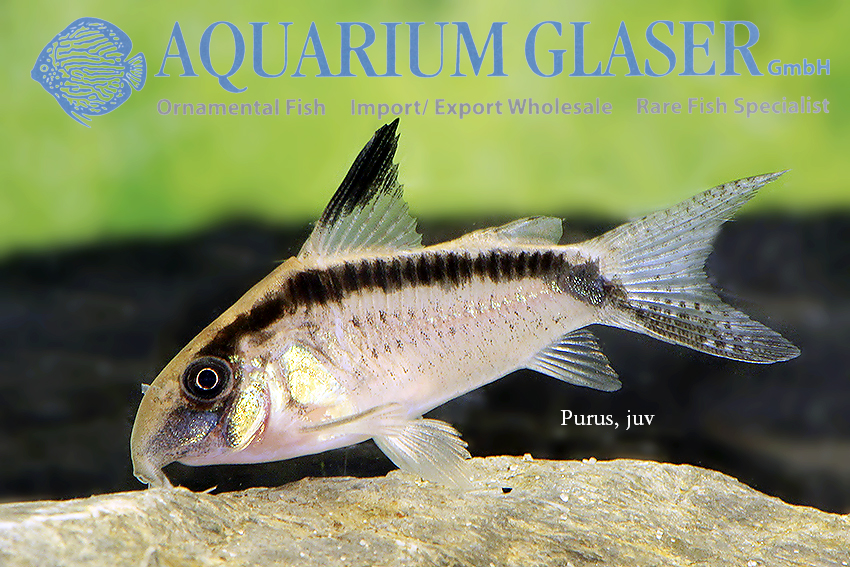 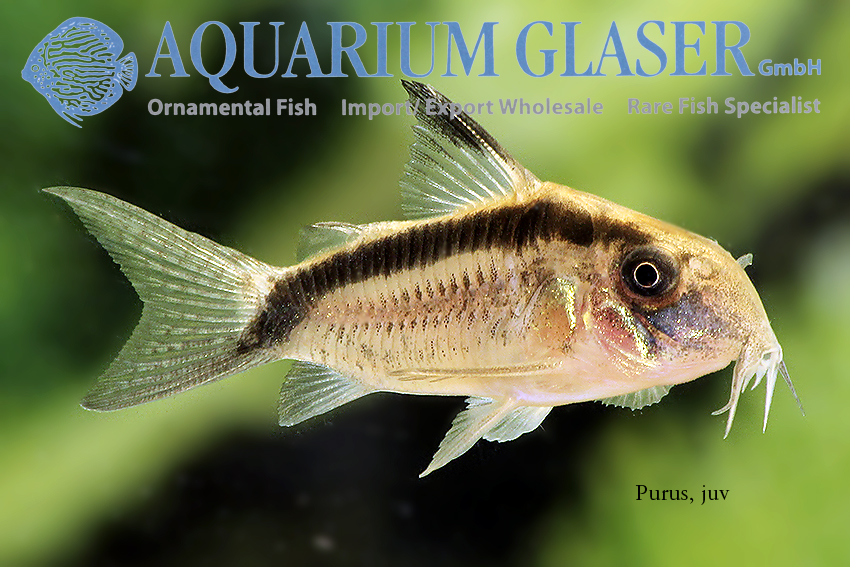 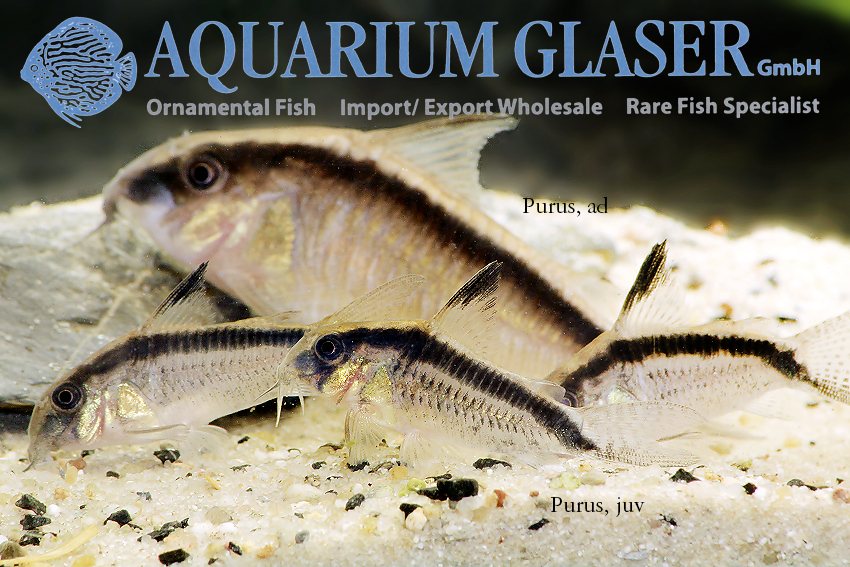 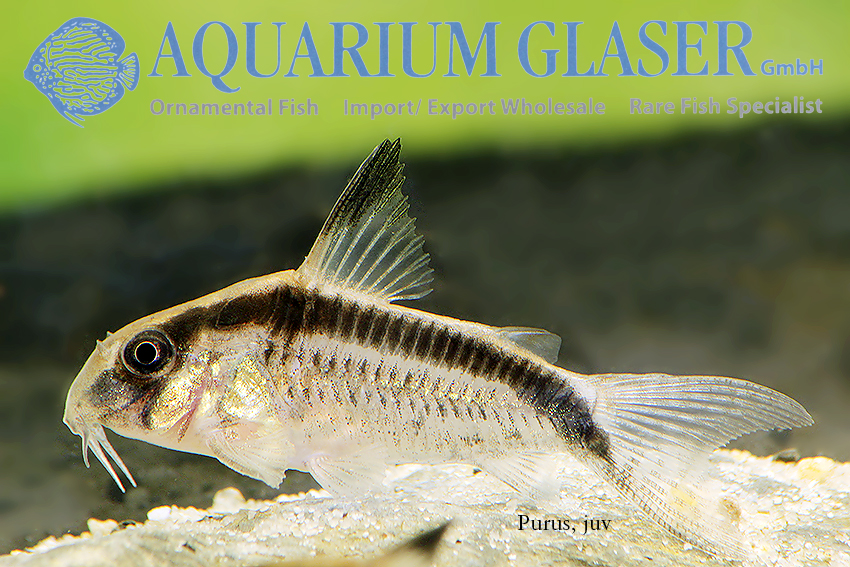 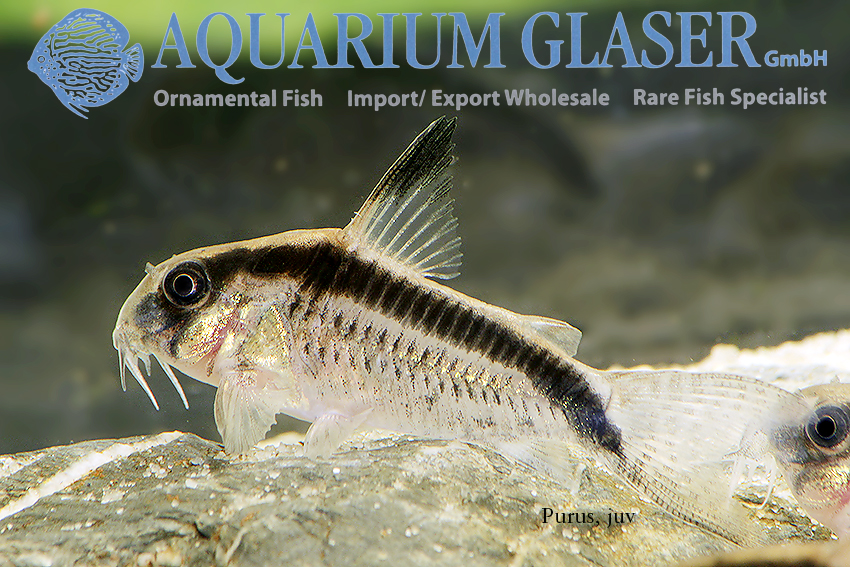 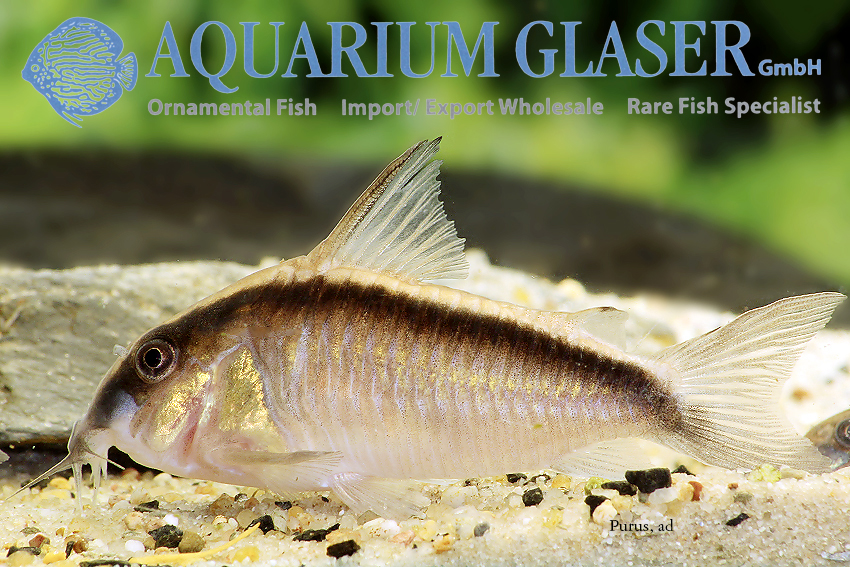 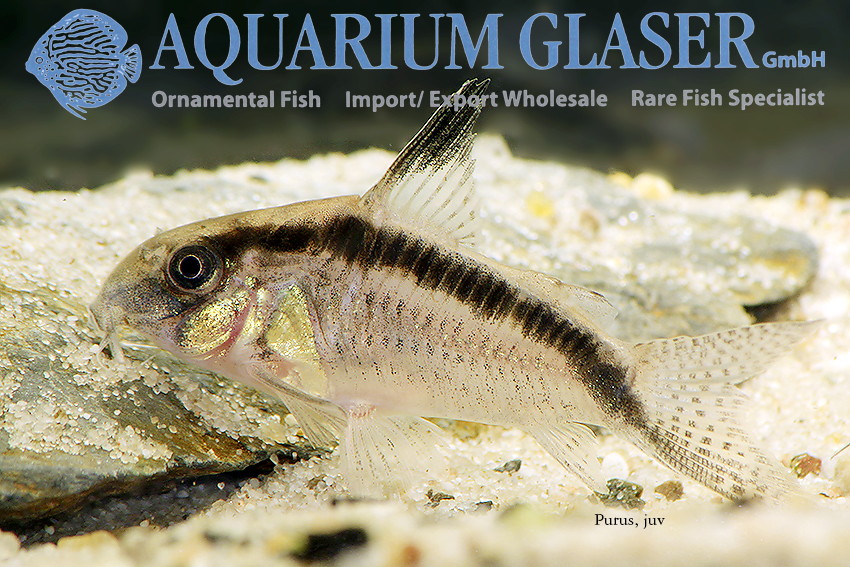 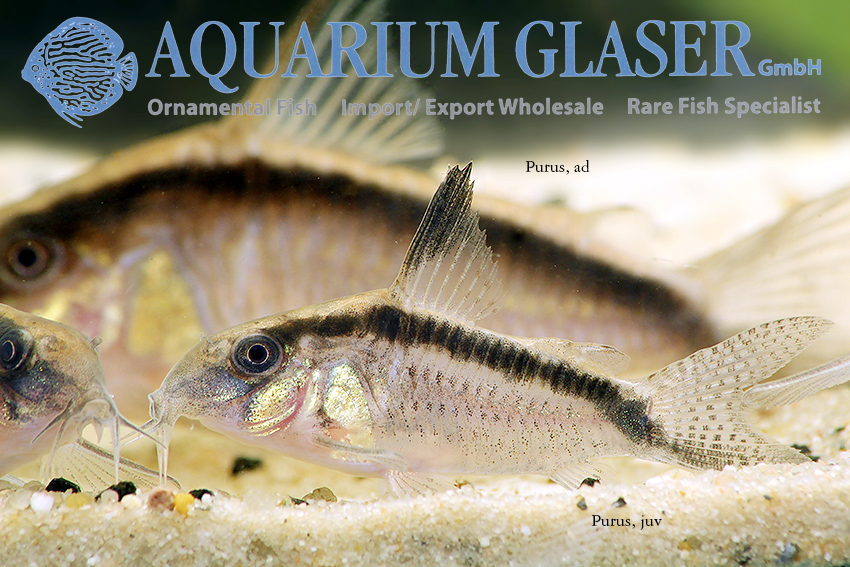 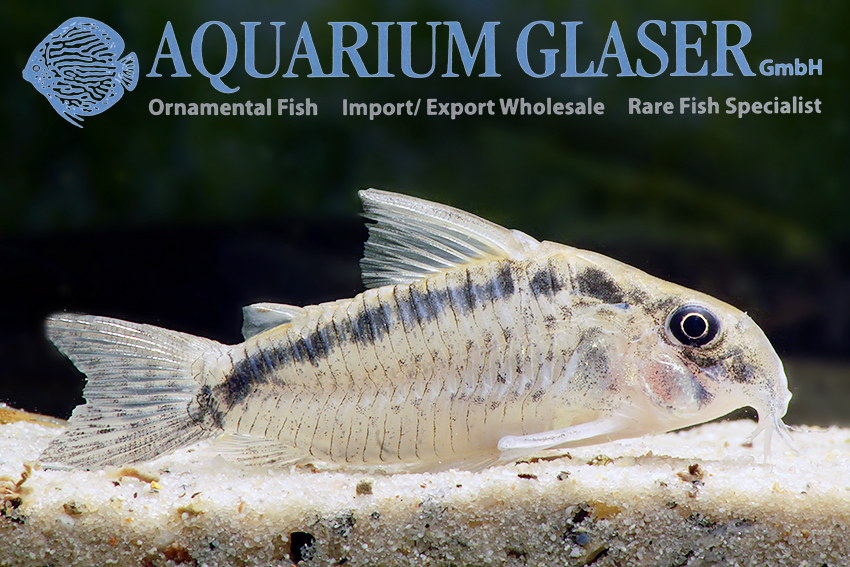 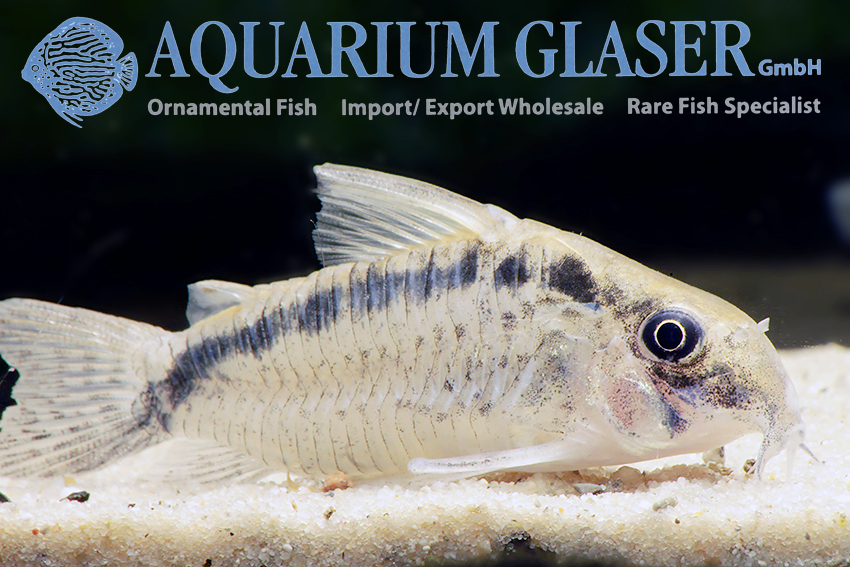 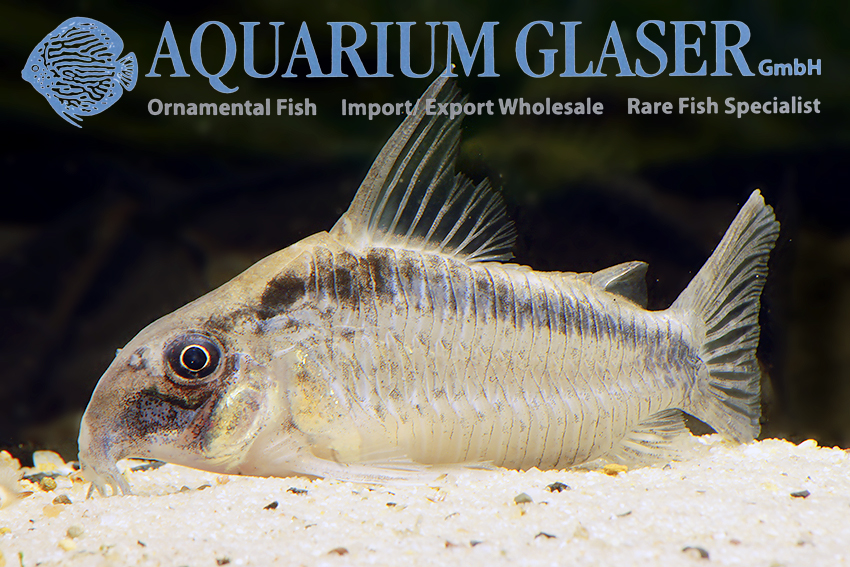 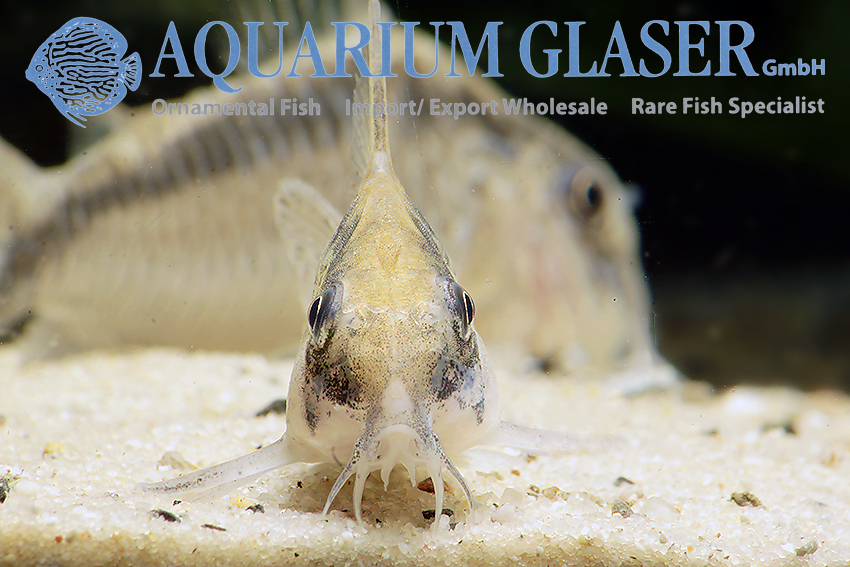 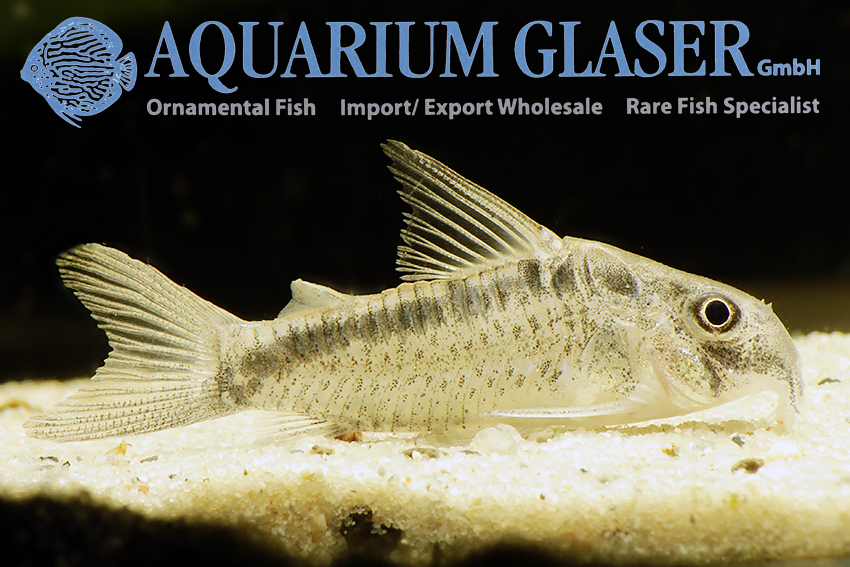 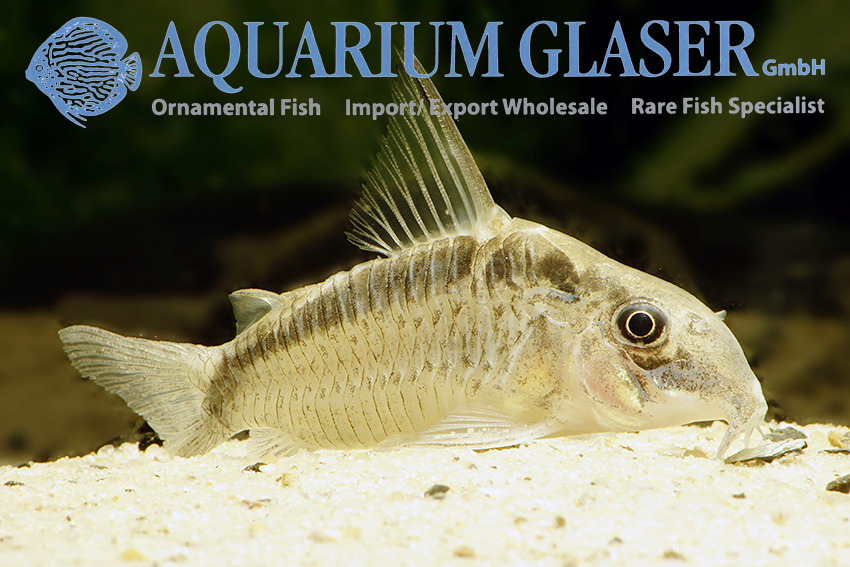 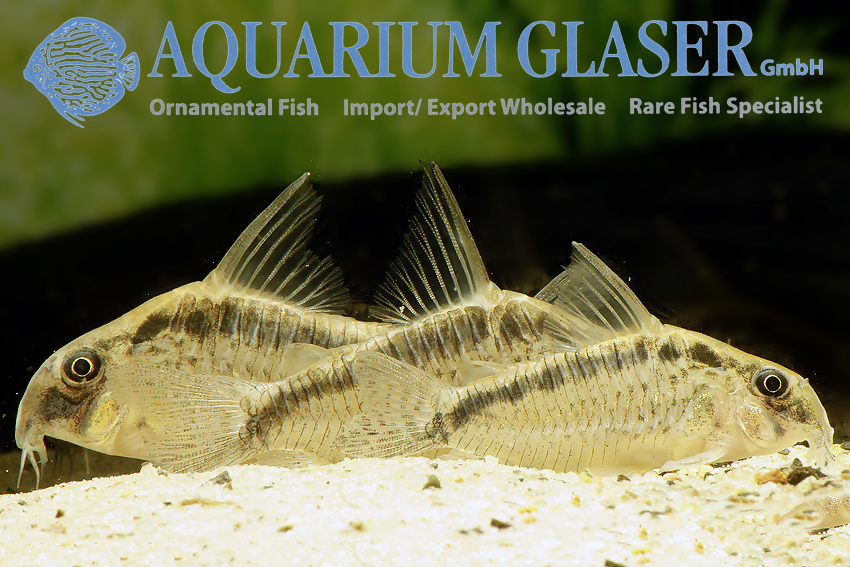