Only very rarely one of the most beautiful breeding forms of the swordtail comes to us: the black Simpson with orange fins. Among fish lovers Bayreuth is known as the spade for this very distinctive swordtail breeding form and is called “Bayreuth Cross”. In Germany, this variant was first exhibited in 1968 (report by the Nordbayer Kurier on 11 October 1968). As with other swordtails – Hamburg, Wiesbaden, Berlin – the name of the city was adopted for this helleri and thus it became the Bayreuth swordtail. 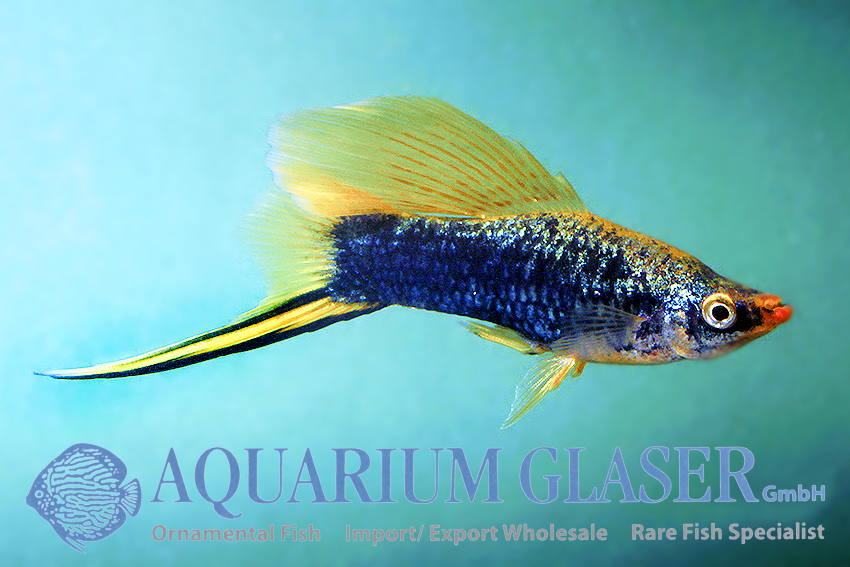 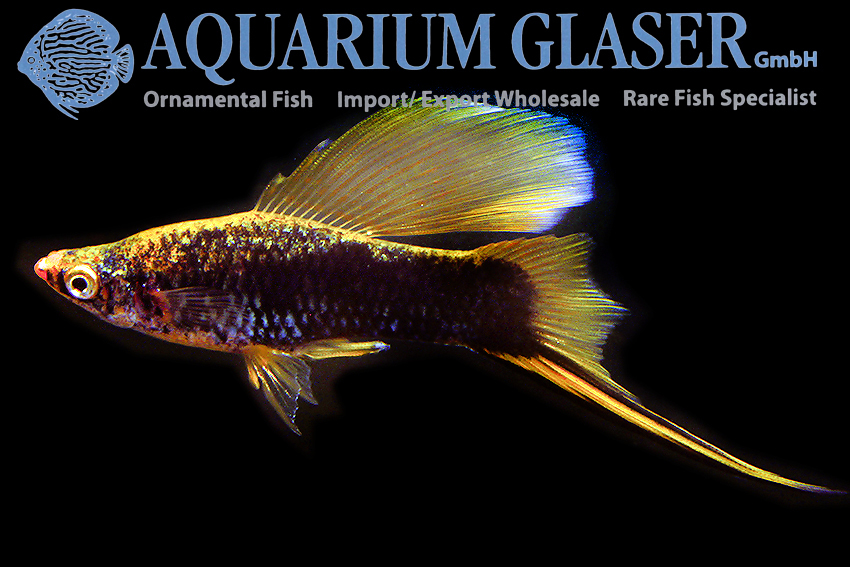 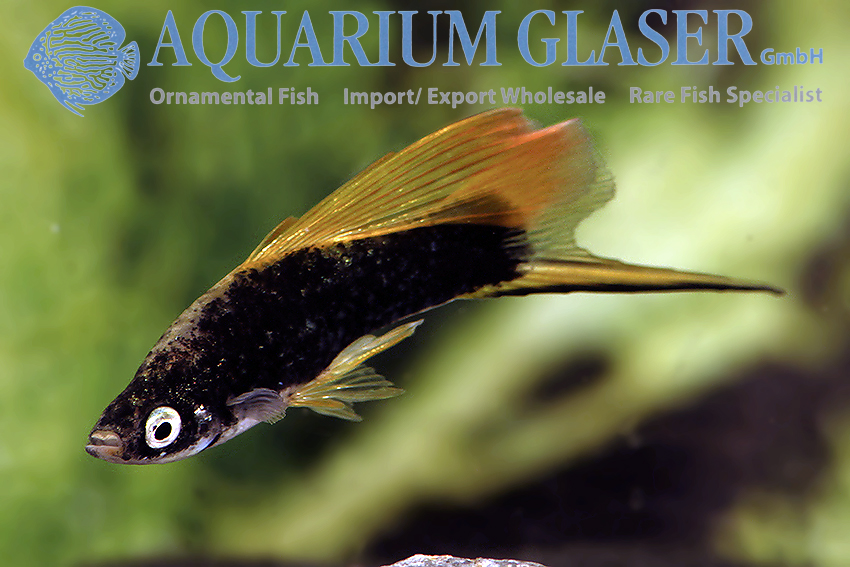 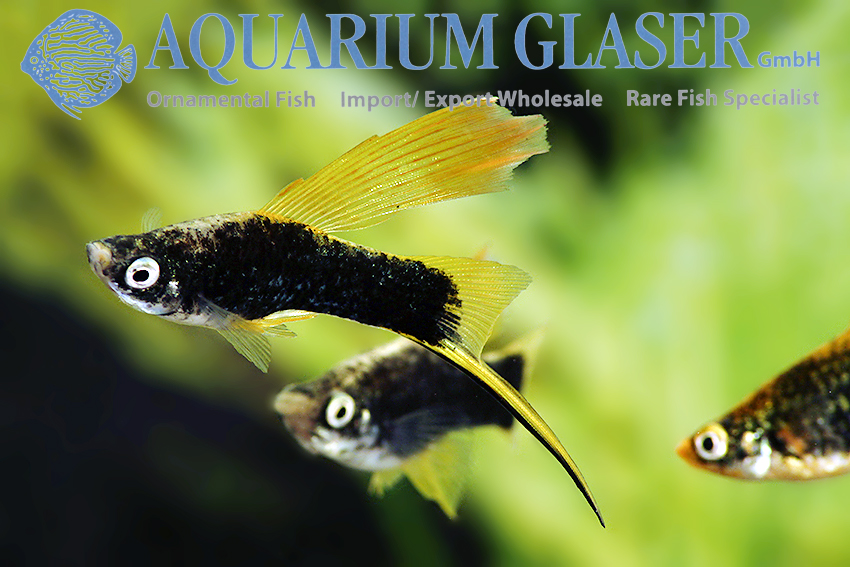 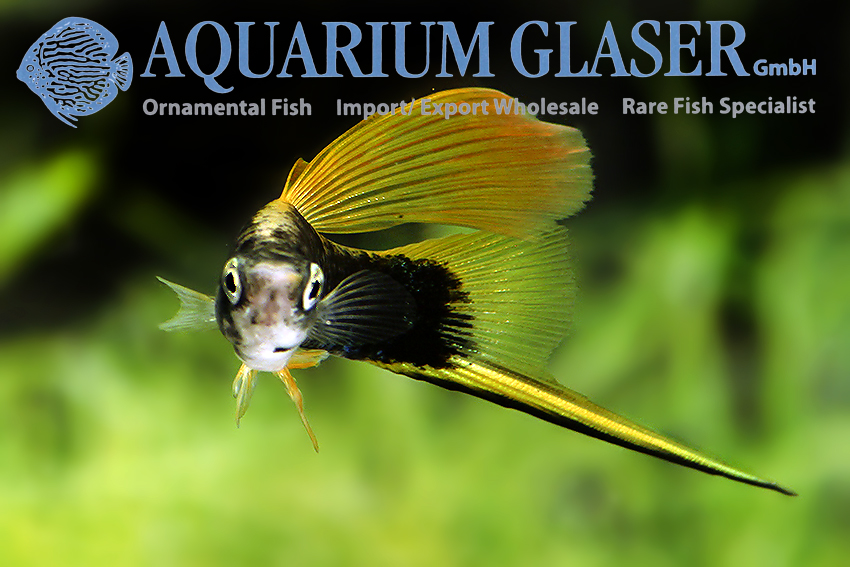 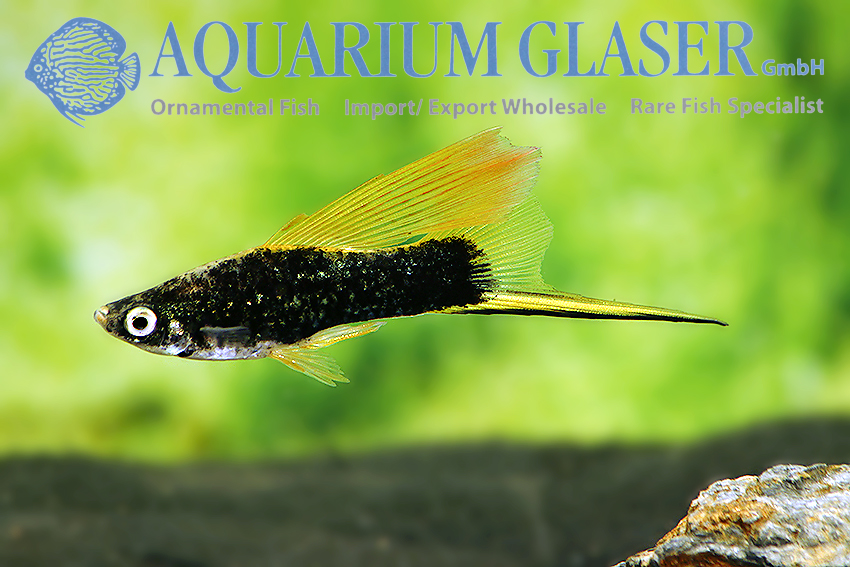 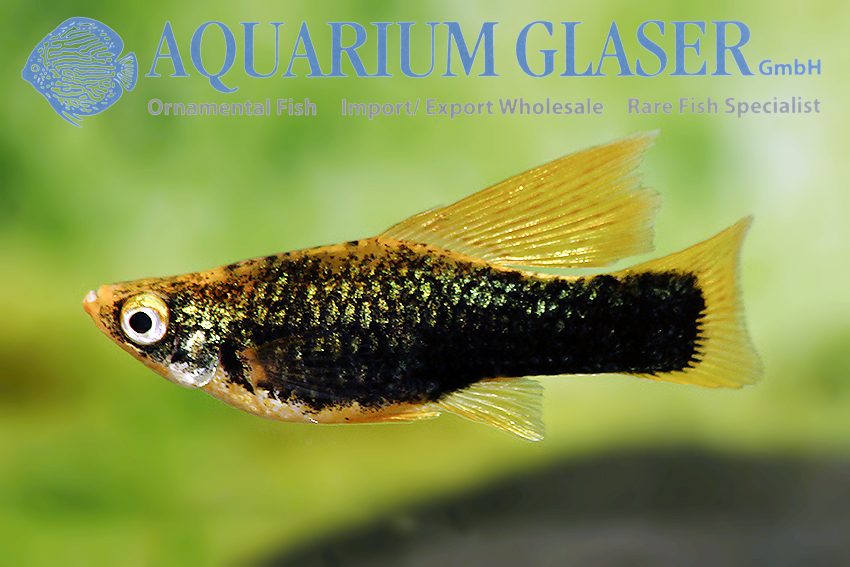 However, this was not the first time that a swordtail of the “Bayreuth type” was bred. In fact, five years earlier, Hawaiian fish breeders Eric and Larry Nishida crossed a red Simpson fin male with a normal fin Hamburg female. Hamburgers are black swordtails whose scales have a green or blue sheen. The result of this crossing had the high Simpson fin, the body coloration of the hamburger, a well developed sword, a bright red throat region and red fins.  An article about this “Nishida Highfin-helleri” appeared in the American magazine “The Aquarium” in November 1963.

Our fish are offspring from Vietnam.

For our customers: the animals have code 420972 on our stocklist. Please note that we exclusively supply the wholesale trade.