The wild type of the “normal” Platys (Xiphophorus maculatus) is cared for as good as never in the aquarium. This is partly due to the fact that “the” wild type of the Platy does not exist at all, but a large number of colour variants, which partly only occur locally, but partly also in different populations. Already between 1912 and 1934 different such colour variants were imported and bred in the aquarium, so “pulchra” (= the beautiful one), “rubra” (= the red one), “nigra” (= the black one) or “cyanellus” (= the blue one). The fact that these are not independent species, but only colour variations, is made clear by the fact that several variants often occur at the same locality. These colour variants form the basis for the many Platy breeding forms that exist today in the aquarium. 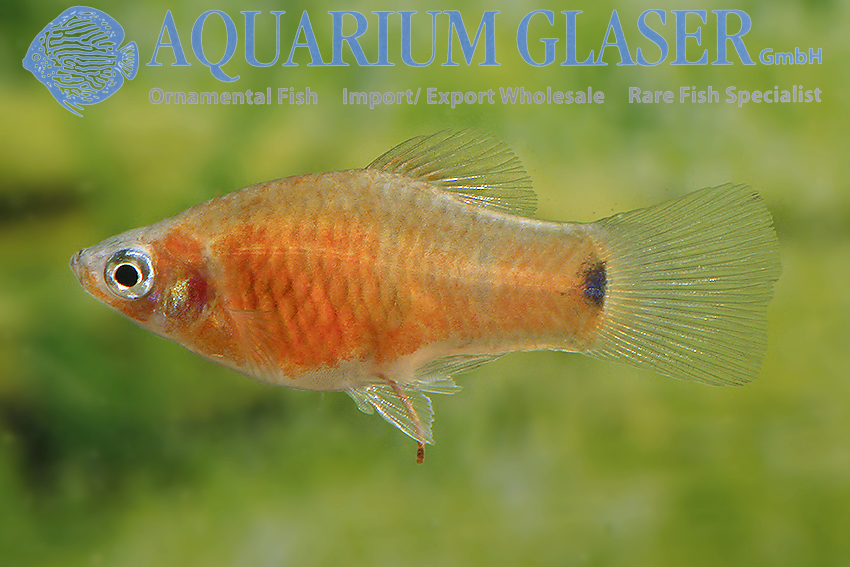 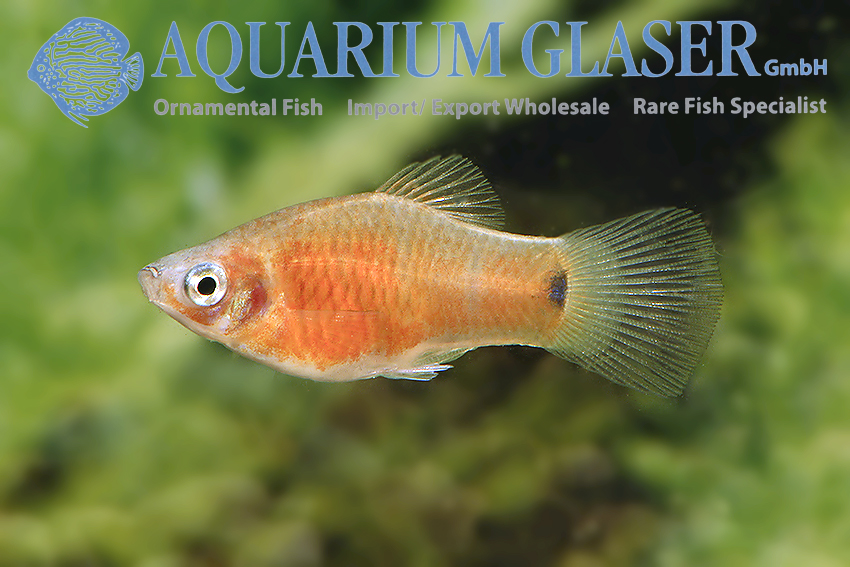 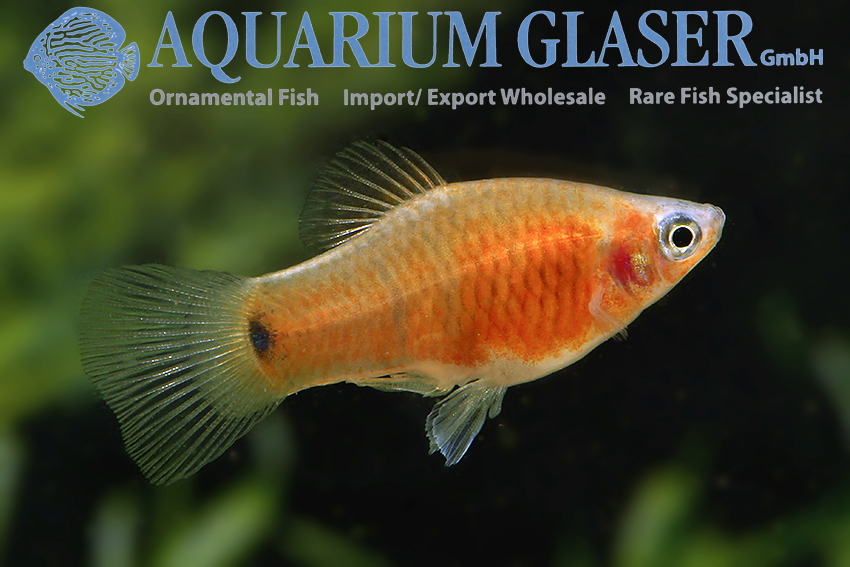 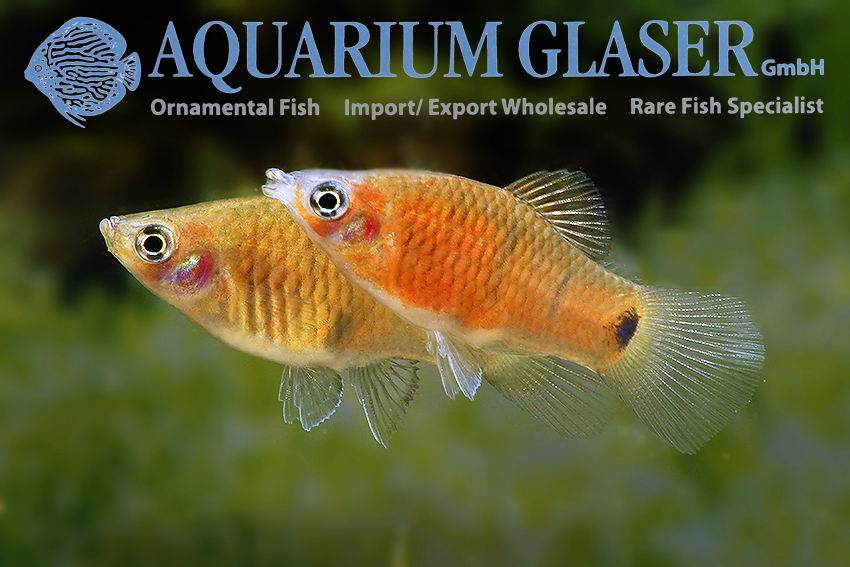 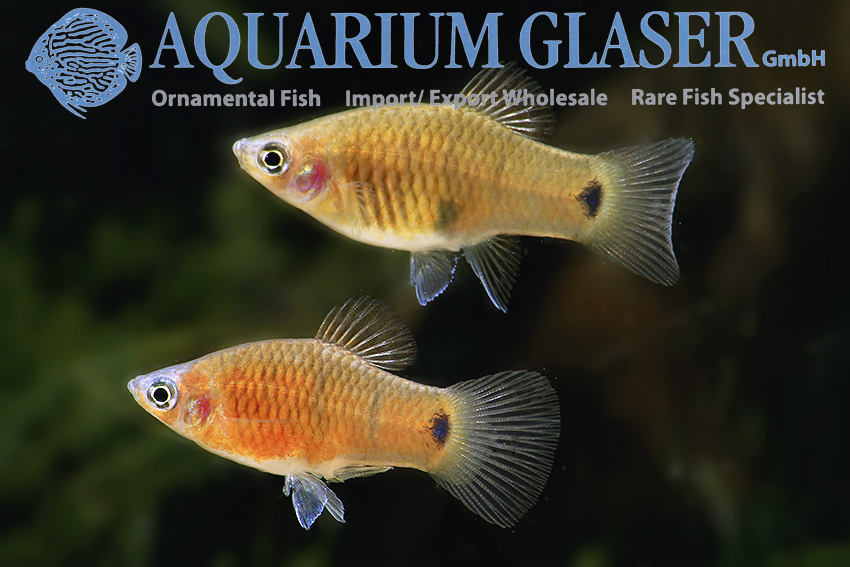 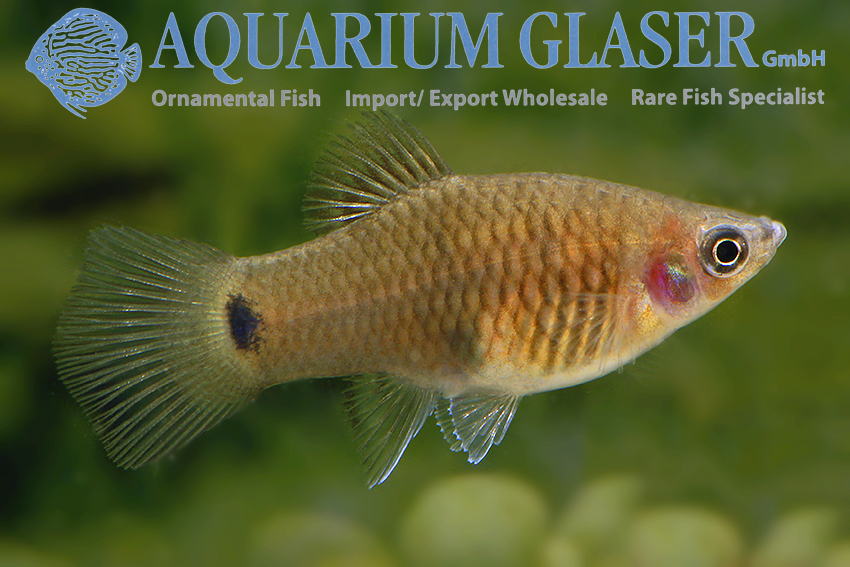 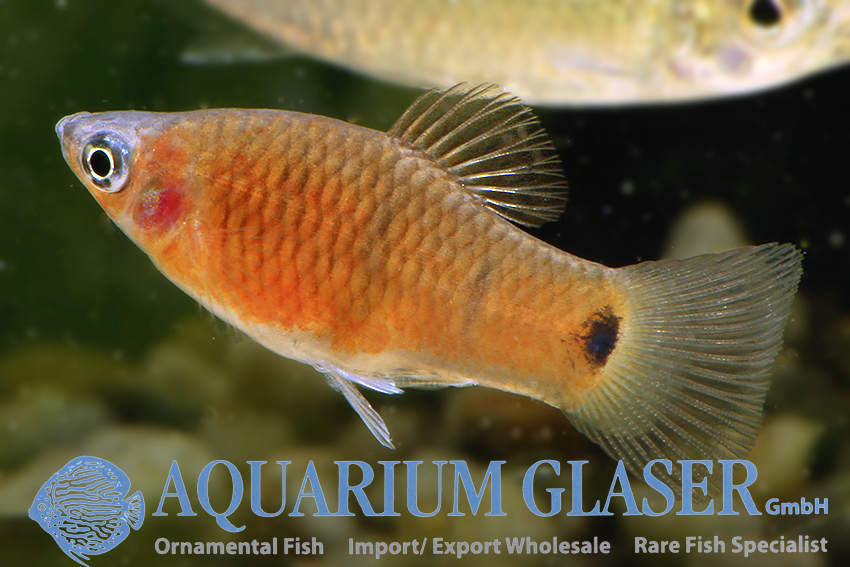 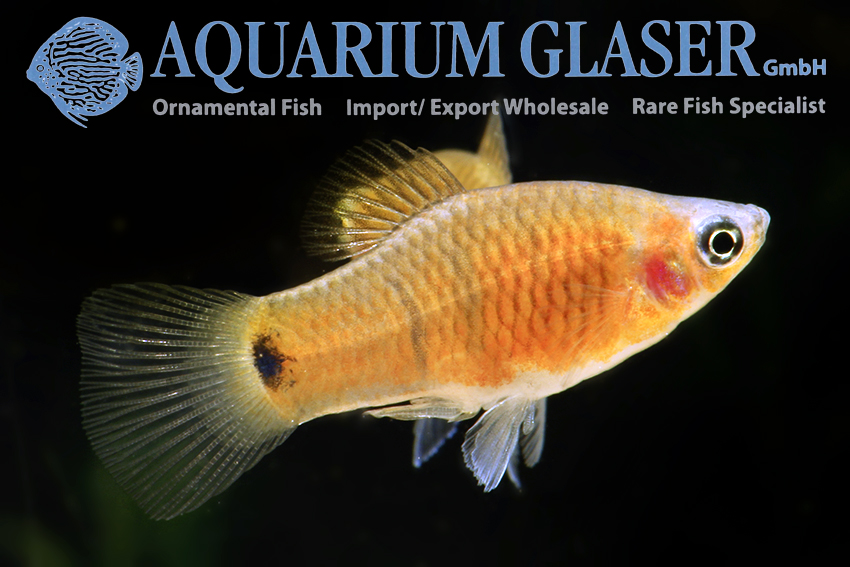 Despite the many breeding forms, wild types are desirable and interesting fish, because they show us the breeding choice of nature, not the taste of human breeders. One such wild form is the Belize Purple, which Harry Grier collected in 2003 at a place called “Kate´s Lagoon” on the Belize River.  There do occur four colour variants: body red (br), which are the “Belize Purple”, but also spotted dorsal (sd), iridescent blue (blue) and wild type body (+). The abbreviations in brackets indicate the genetic code used internationally by Platy researchers.

Belize Purple is pure breeding, both sexes show the unusual red coloration, but it is more intense in the males. According to our breeder, the colours of older fish become even more intense!

For our customers: the animals have code 476568 on our stocklist. Please note that we only supply wholesalers.