We admit it: when we unpacked the animals, we were just disappointed. Colourless tetras, obviously young, with a black longitudinal line. Quite great. Because of the round head form they reminded of the genus Bryconamericus, a very species-rich and difficult to overview genus, and because we had to book them somehow into the system, from now on they were called “Bryconamericus sp.”. 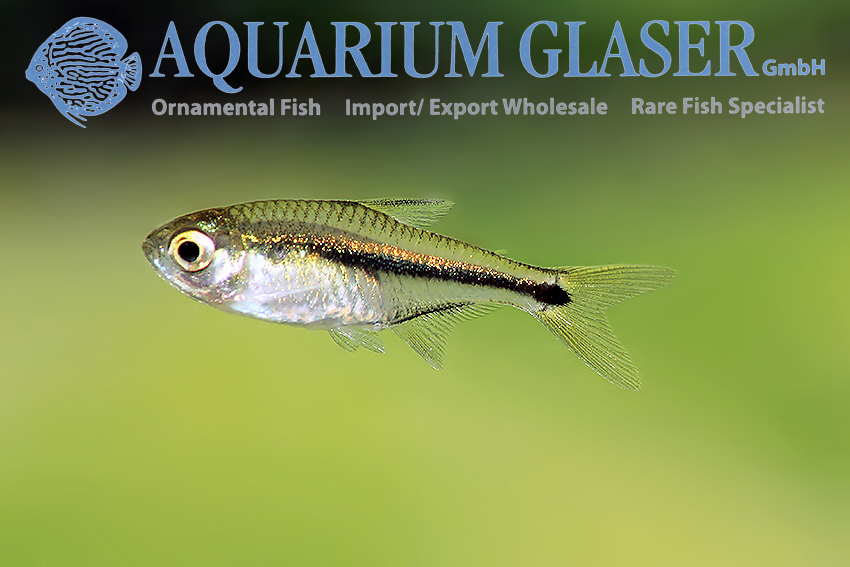 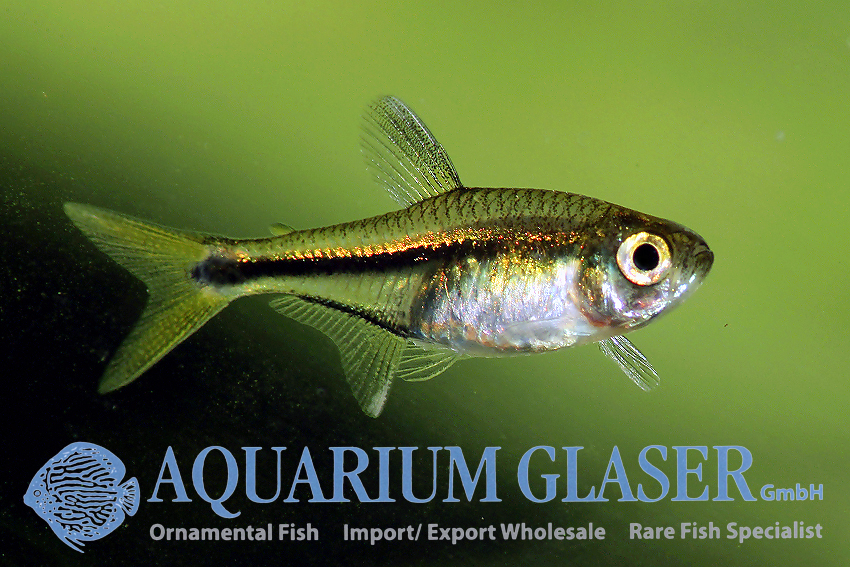 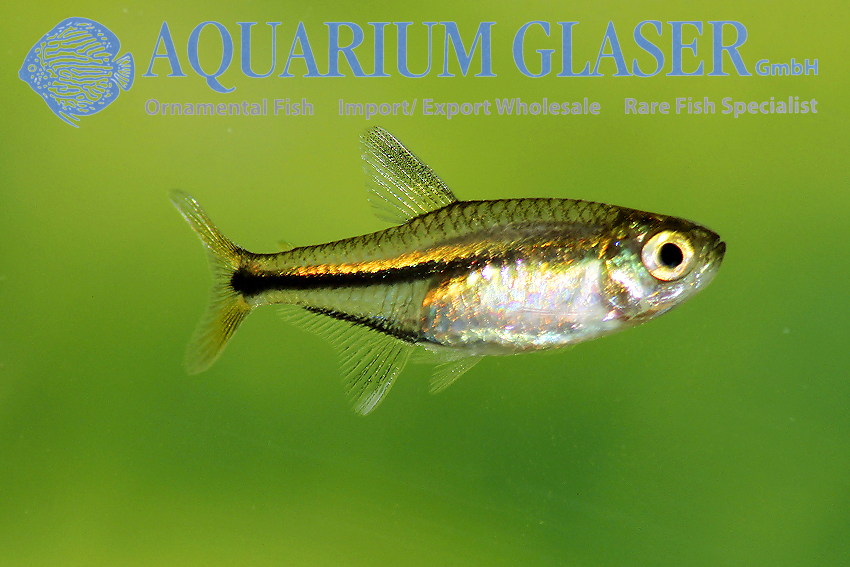 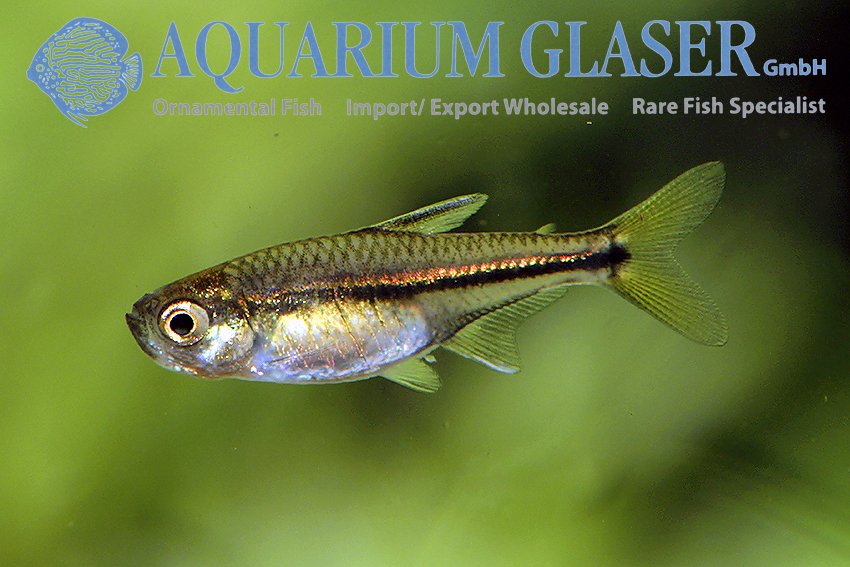 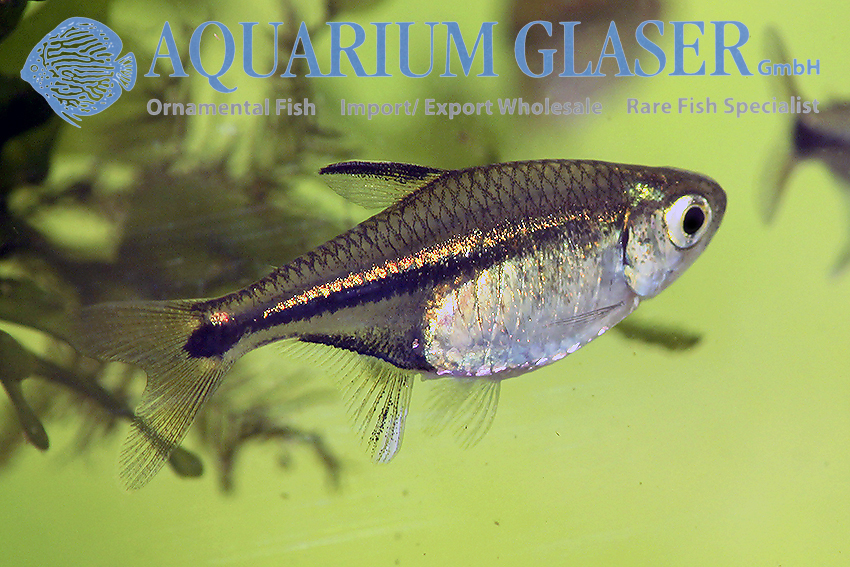 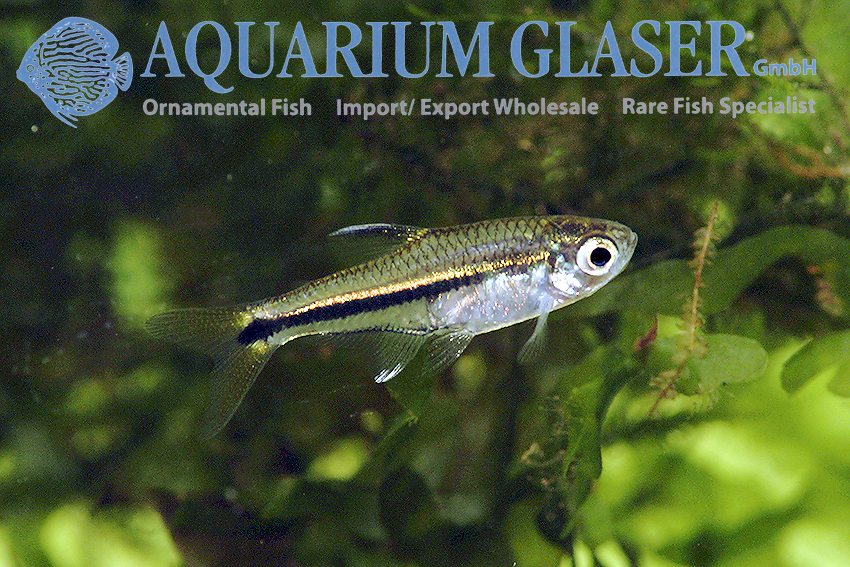 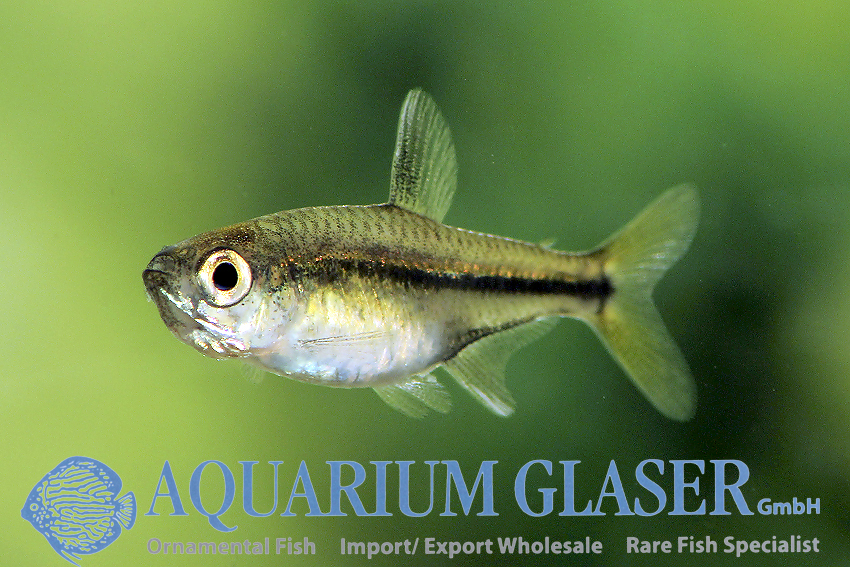 A few days later we caught the “young” displaying and the females had already a belly swollen with eggs! Now they looked really pretty! The total length (with tail fin) of the lively animals (they are really hard to photograph and in reality much prettier than in the pictures) is currently around 2 cm. They remind strongly of the Asian Bororas urophthalmoides, but have – as it should be for tetra – an adipose fin. Stefan Hetz brought an extremely similar species from Bolivia in 2009 (it is also still undetermined), which lacks the adipose fin. (http://www.ig-bssw.org/tag/bryconella/).

It could be a representative of the genus Bryconella, but only one species of this genus is recognized as valid at present, namely B. pallidifrons and the new dwarfs are certainly not identical with this one. Perhaps it is simply an undescribed species. The care of the nice little animals proves to be completely problem-free with us so far.

For our customers: the fish have code 212731 on our stocklist. Please note that we only supply wholesalers.