Finally we were able to import a number of specimens of this exttemely beautiful, small species of snakehead from Burma. The fish attain a maximum length of about 12-15 cm and are a close relative of Channa gachua. However, the body of „Red Rim“ is much more depressed. In respect of coloration one feature makes „Red Rim“ unique: a great number of small black dots, which are lacking in almost all other members of the Channa-gachua-complex. 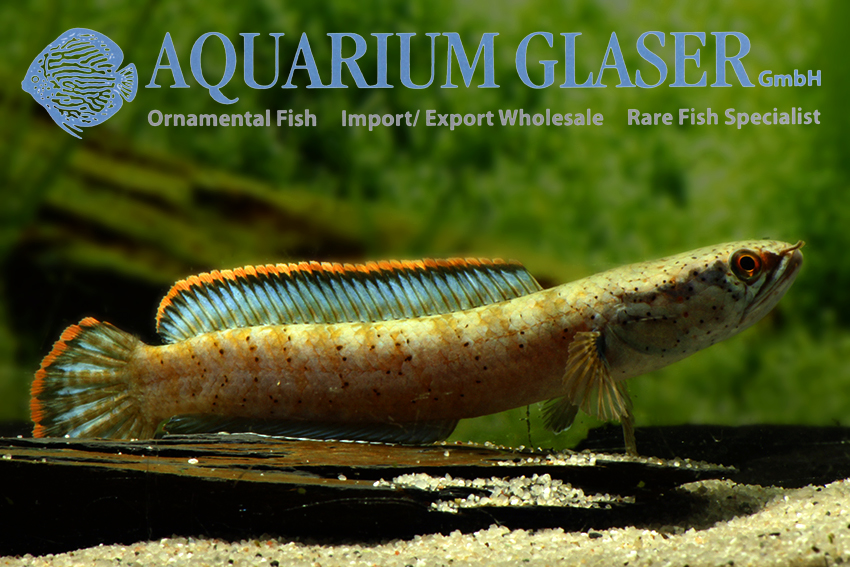 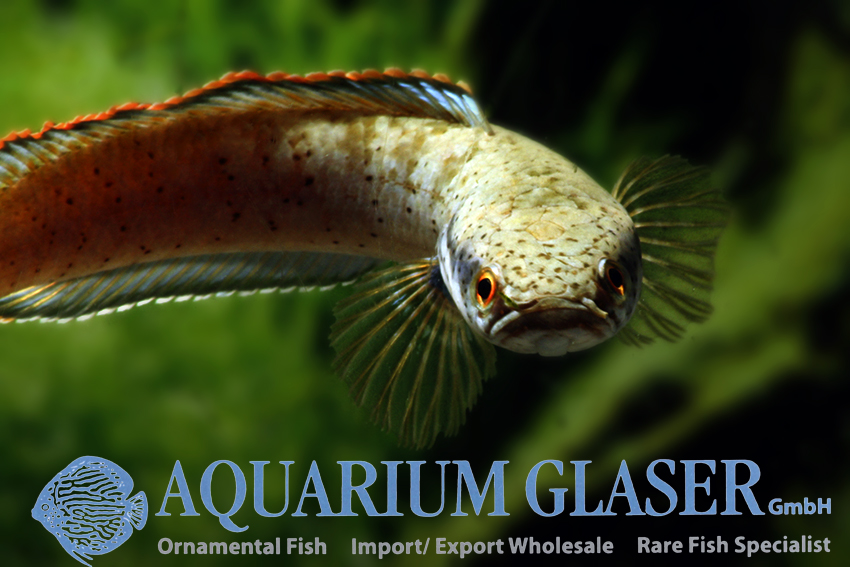 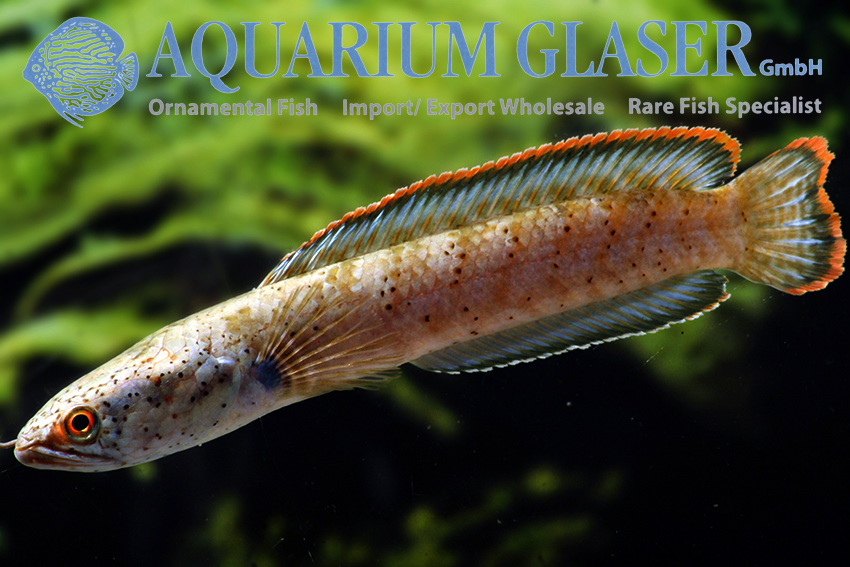 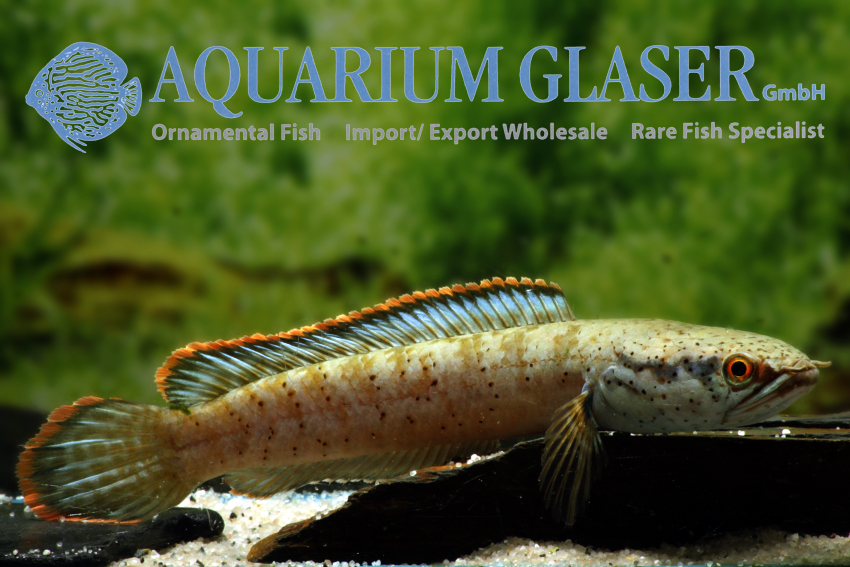 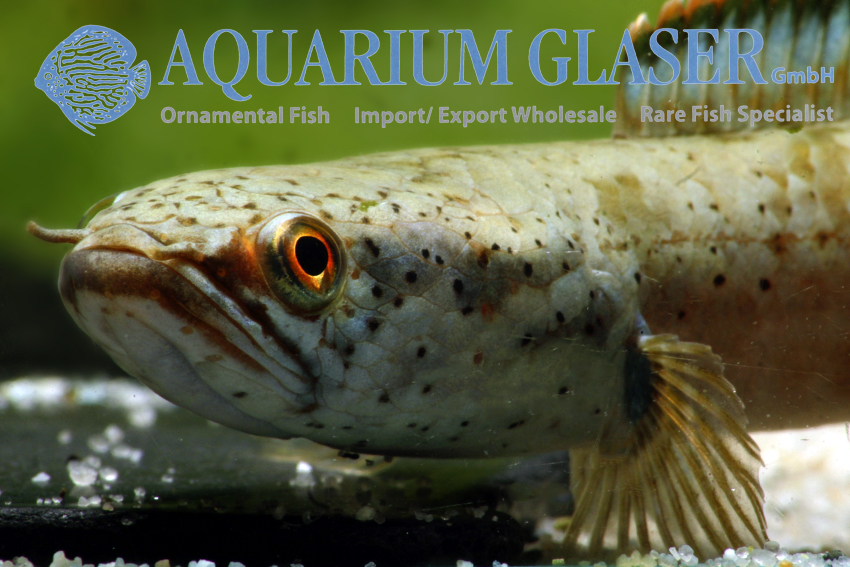 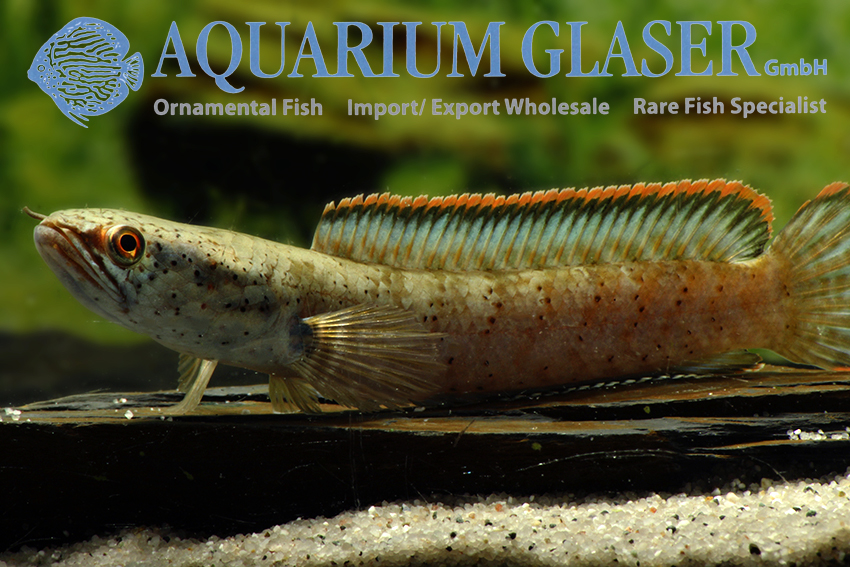 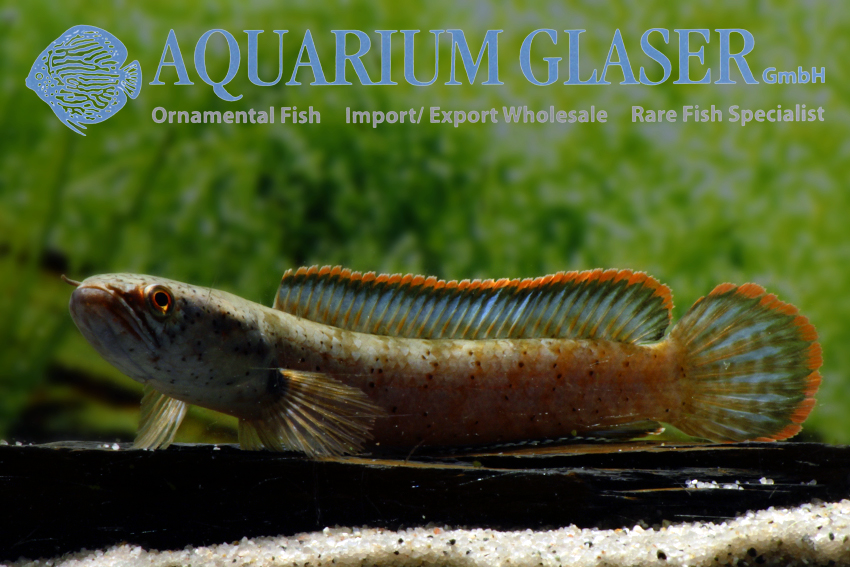 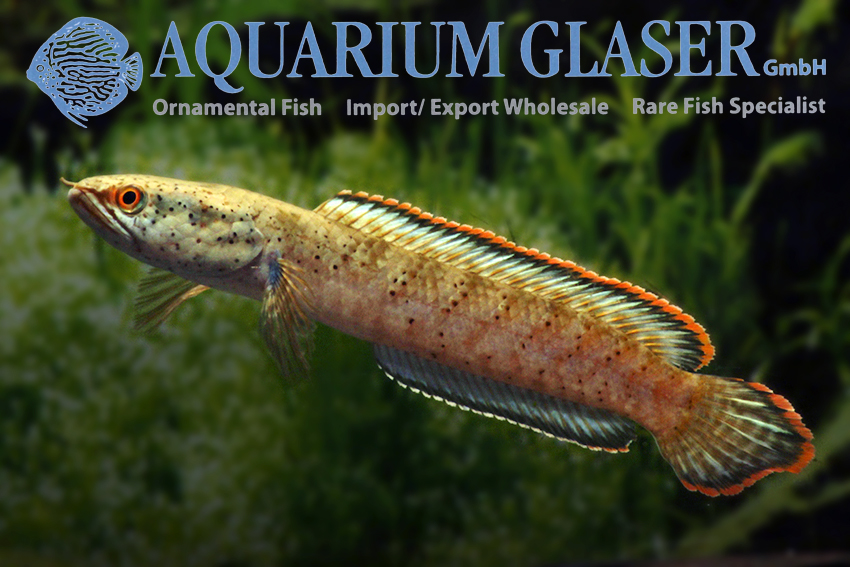 One year ago we obtained the first specimen of this new species. That animal had no red rim along the caudal fin, but our current imports have. This obviously is rather an individual character, a phenomenon known in other species of the Channa-gachua-complex, too. Hobbyists specialized in snakeheads know that dwarf also under the name of Channa sp. „Red Fin“.

This is a subtropical species and should not be kept the whole year through at high water temperatures. It s also very likely that „Red Rim“ usually lives in flowing water. When the fish are kept indoors they do not need an additional heater. During the warm season they can be kept even in outdoor tanks, but one has to make sure that the snakeheads by no means can get out of the tank. „Red Rim“ prefers to feed on insects (crickets etc.), but they also feed readily all usual types of frozen or live fishfood as long as it is not too tiny. Most probably „Red Rim“ is a mouthbrooder like Channa gachua.