The first Indian dwarf puffer fish (Carinotetraodon travancoricus) of the new season have arrived. These cute animals – they are freshwater puffers – only grow 2-3 cm long in nature, in the aquarium they may grow a little bigger, but not much. You should keep these animals in a swarm if possible; then they form a ranking and are so busy with themselves that the dreaded fin biting, which almost all pufferfish species can (but do not have to!) show, is largely absent. Only among each other, there are slight fin-damages, that heal without complications.

The males can be recognized by the fact that they are much slimmer and have a longer head, they also become somewhat larger than the females. All pufferfish prefer to eat snails, mussels and shrimps. Thanks to their well-developed teeth, pufferfish can bite off well. So they can easily be fed with mussel meat and other Frutti di Mare from the freezer. All the usual types of frozen food can be added to it, red and white mosquito larvae are particularly sought after as live food, but daphnia (water fleas) are also healthy and an excellent occupation for the small animals, which, like all pufferfish, are always curious and playful. In nature, insects and their larvae, worms and crustaceans make up the largest part of the diet, but algae also make up a not to be underestimated food portion (approx. 25-30%), although it is not clear whether these algae are actively eaten or rather accidentally ingested. Dry food is not eaten by dwarf puffer fish.

Indian dwarf pufferfish originate from South India (Kerala), where they are unfortunately considered increasingly endangered by dam construction, deforestation and the conversion of forest areas into farmland. One can breed them quite well in the aquarium, they are plant-spawners without brood-care, but it is ecologically more meaningful and probably the only possibility to do something for the protection of these animals in this country if one buys wild catches. Although it is claimed occasionally that the catch for the aquarium supply would have led to a strong decline of the populations, there is no proof for that; one should look at such desk considerations, that are not supported by scientific field research, very, very skeptically.

For our customers: the animals have code 436302 on our stocklist. Please note that we supply wholesale only.

Pufferfish are most often thought to be brackish water fishes. But there do exist indeed species that are adopted to totally fresh water. Some of them even live in the very soft and acidic waters of the forests. Among the latter are the species of Carinotetraodon from Indonesia; we currently could import once more C. irrubesco from Sumatra. 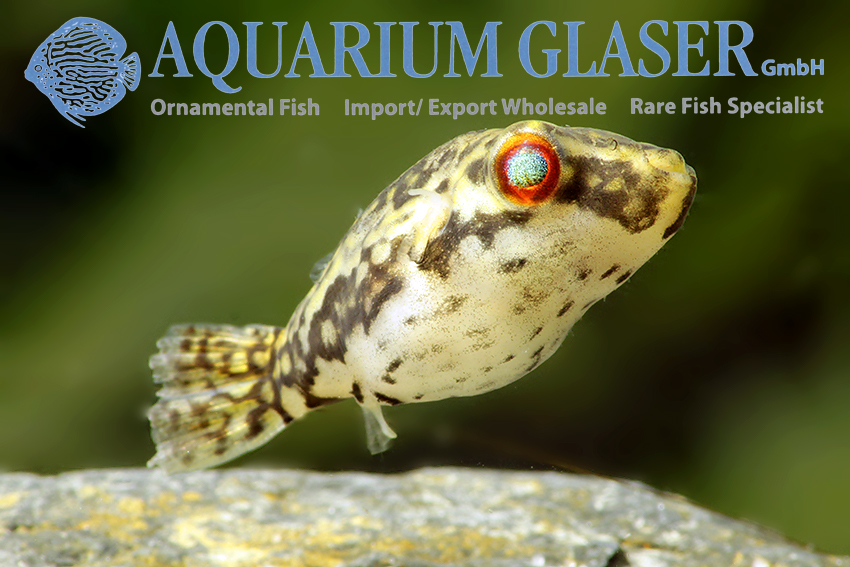 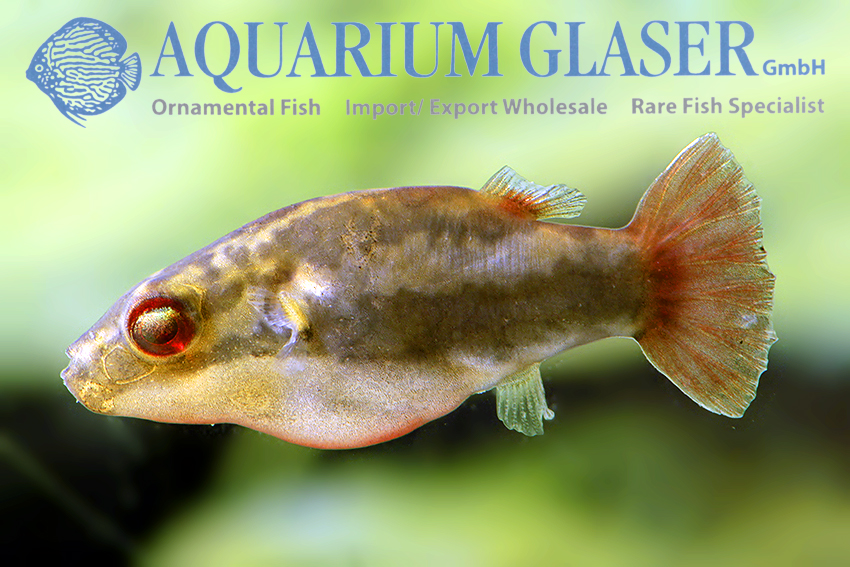 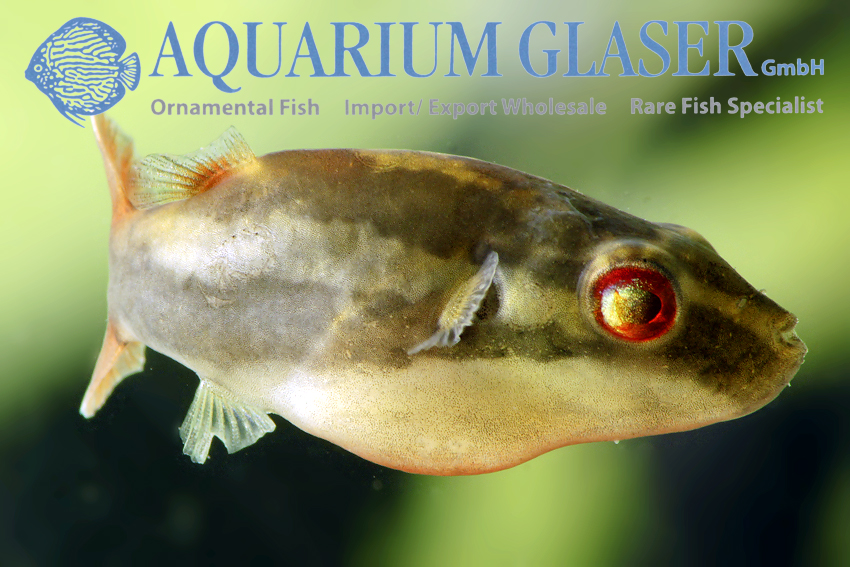 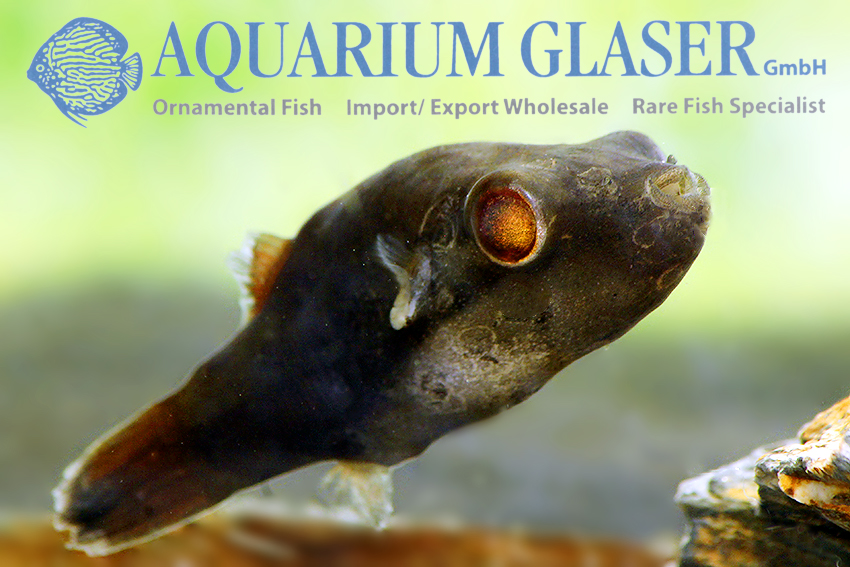 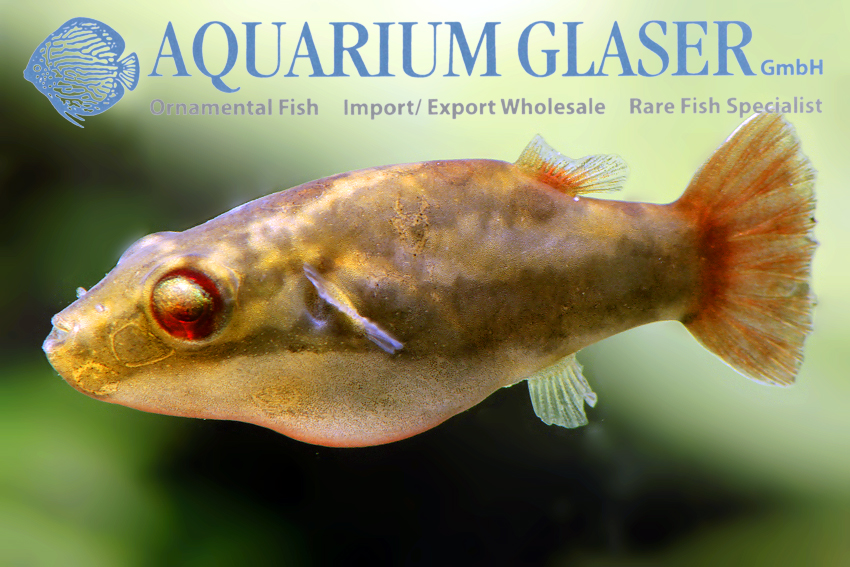 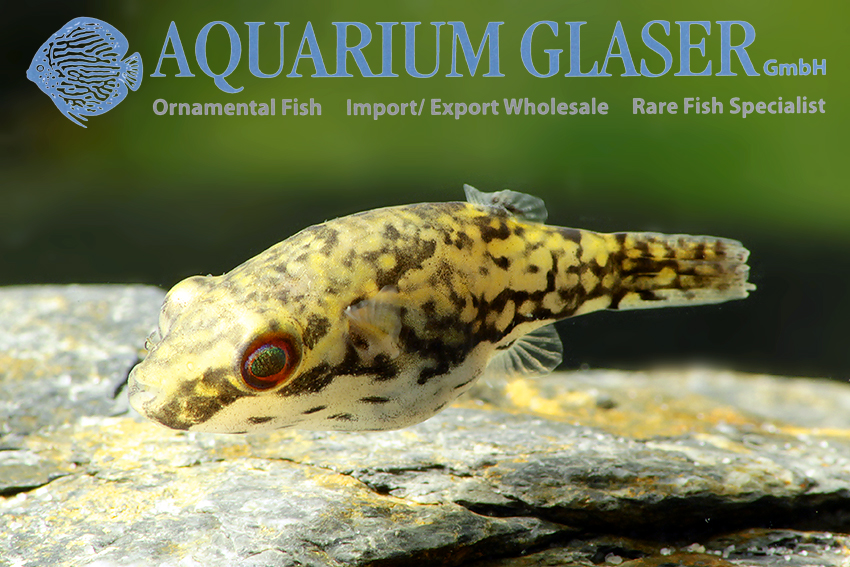 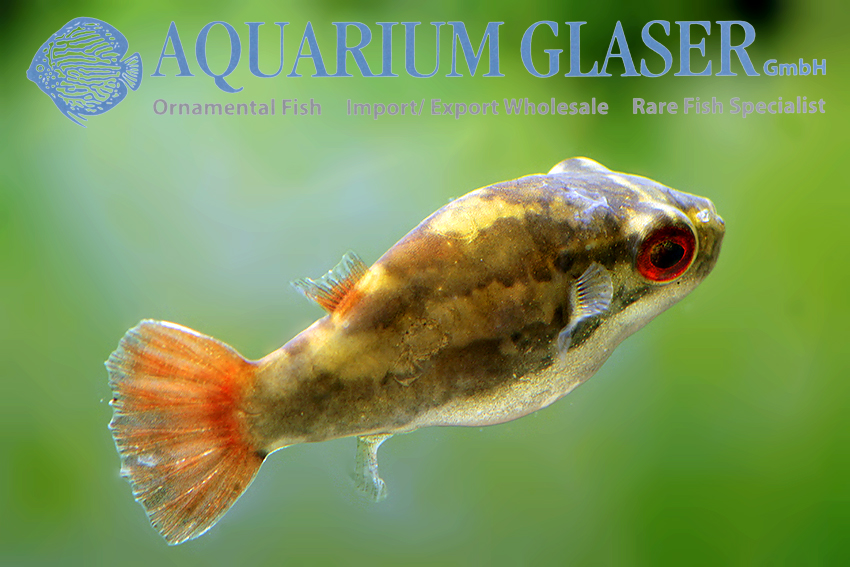 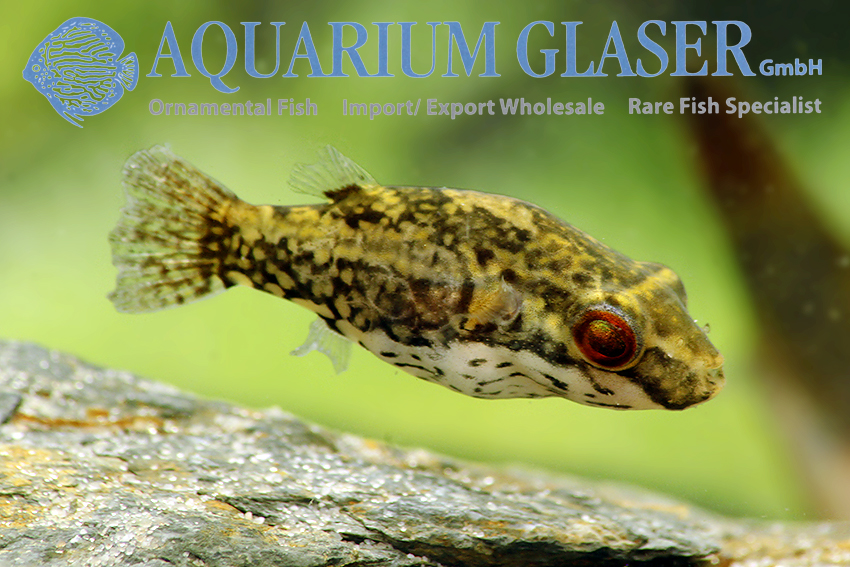 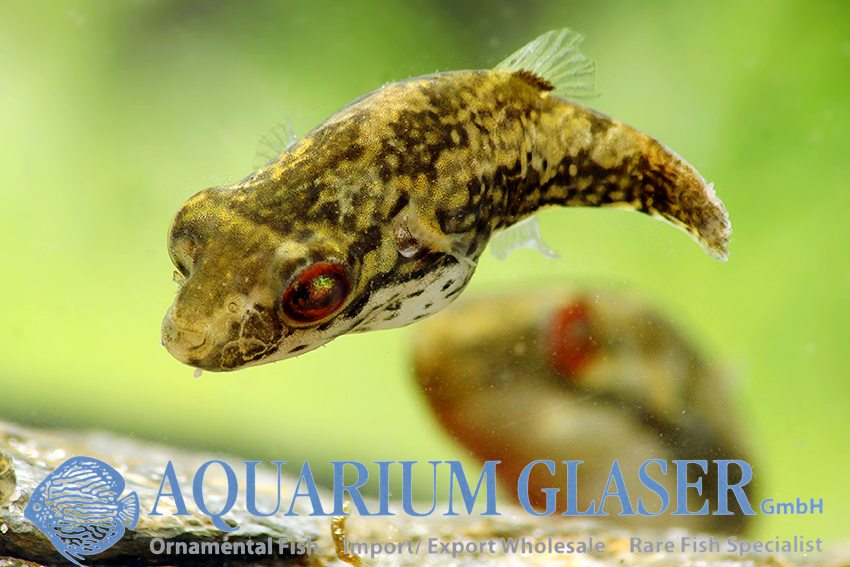 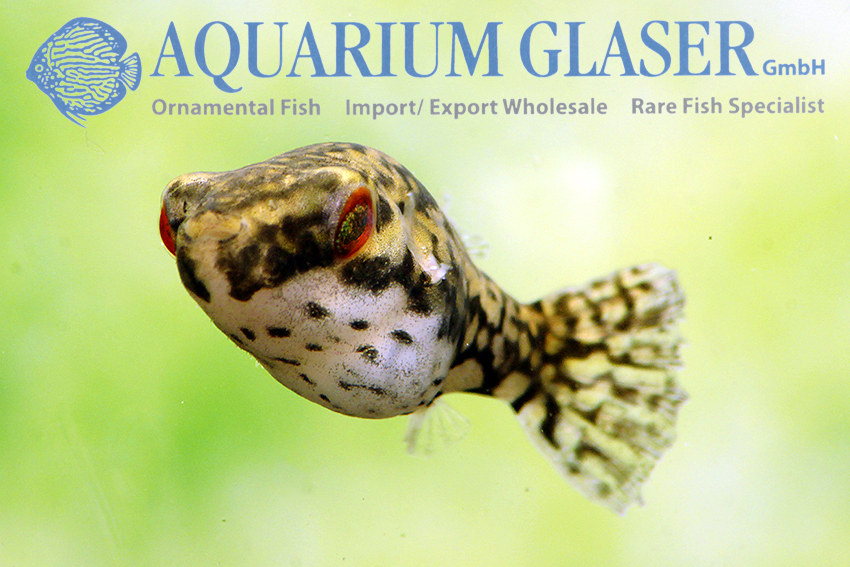 This species of Carinotetraodon becomes about 5 cm long in males, females stay a bit smaller. Males can be recognized by the red caudal fin. All other colours can change very fast and are not of much use for determination.

In respect of behaviour, Carinotetraodon irrubesco can be best compared with a small cichlid of the more aggressive kind. Sometimes other fish are totally ignored, sometimes bitten. It is not possible to make any reliable prognoses. So these puffers are best kept by pair in a single species tank. Here they also often will spawn. The eggs are scattered freely in plants, this species does not take care for the brood.

For our customers: the fish have code 408153 on ur stocklist. Please note that we exclusively supply the wholesale trade.