It was back in 1977 when first reports about this „German wild guppy“ appeared in aquarium journals. This was in the „Informationen der Deutschen Guppy-Förderation Nr.3“. Shortly after that Franz-Peter Müllenholz wrote a report for the magazine TI (No 42, June 1978) on that fish that lived in a brook near Cologne. The water was very polluted, there were deformed animals, but most of the fish were very healthy and lively. Müllenholz also pointed out the very selender figure of that fish. Werner Ladiges, editor of the TI, doubted that these guppys really established a constant population. But two editions later, in TI No 44 (December 1978) the theme was continued. In a short note it was made clear that a power plant led the cooling water in that brook, so it became heated. In March, the water temperature was as high as 19°C. This is the salient point, fot the lowest temperature tolerated by guppys over a longer period (some weeks) is about 14-16°C. 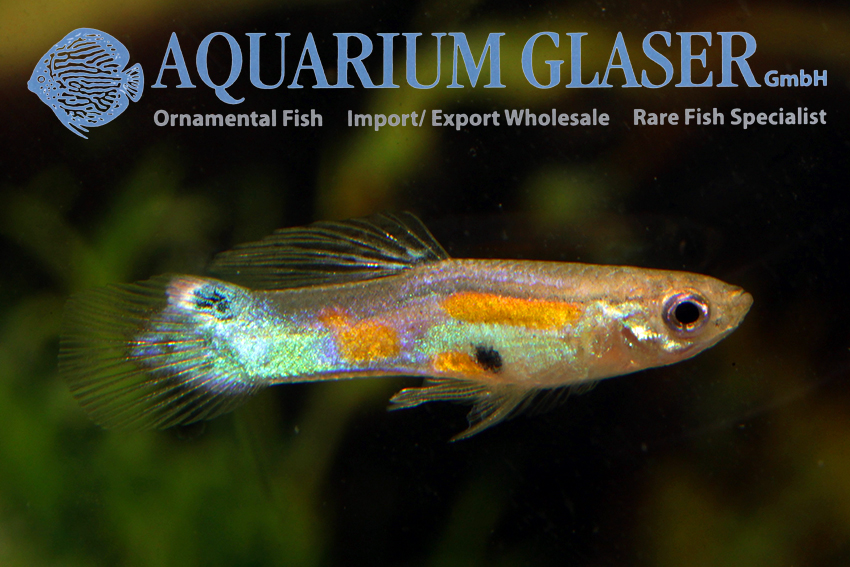 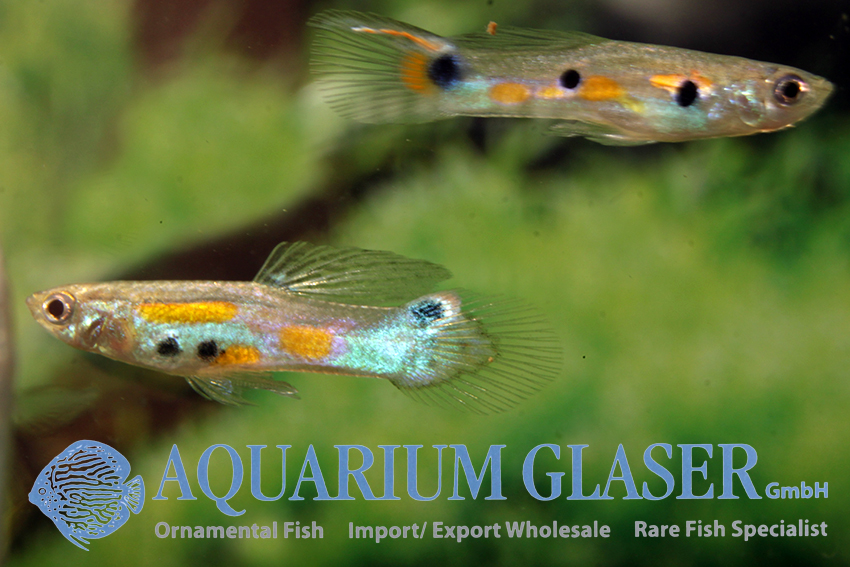 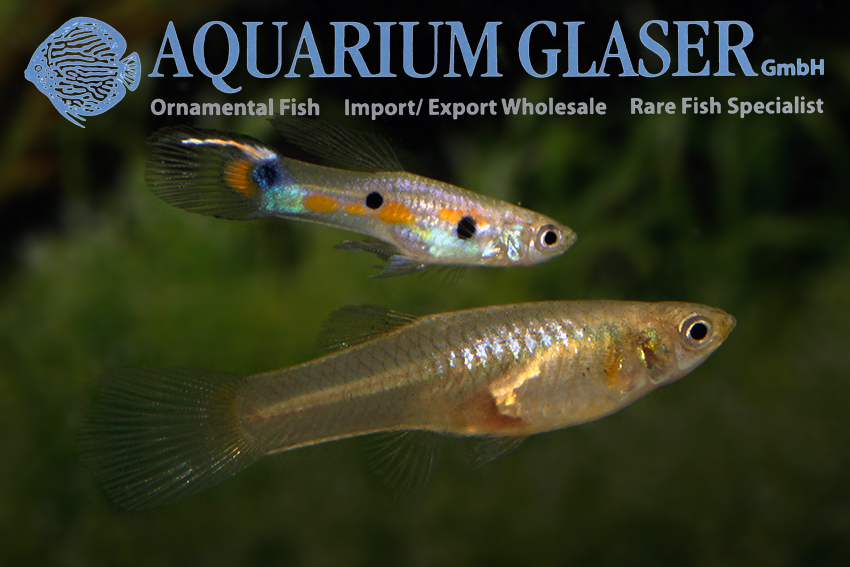 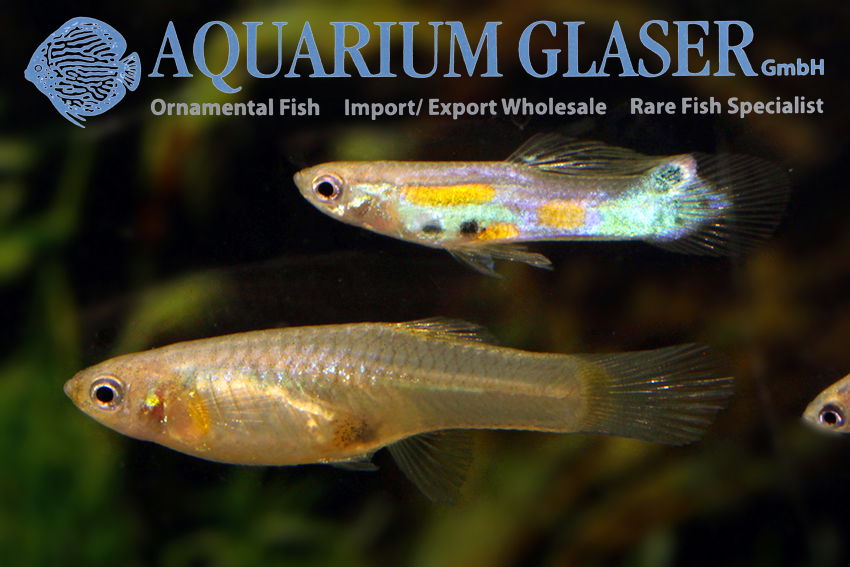 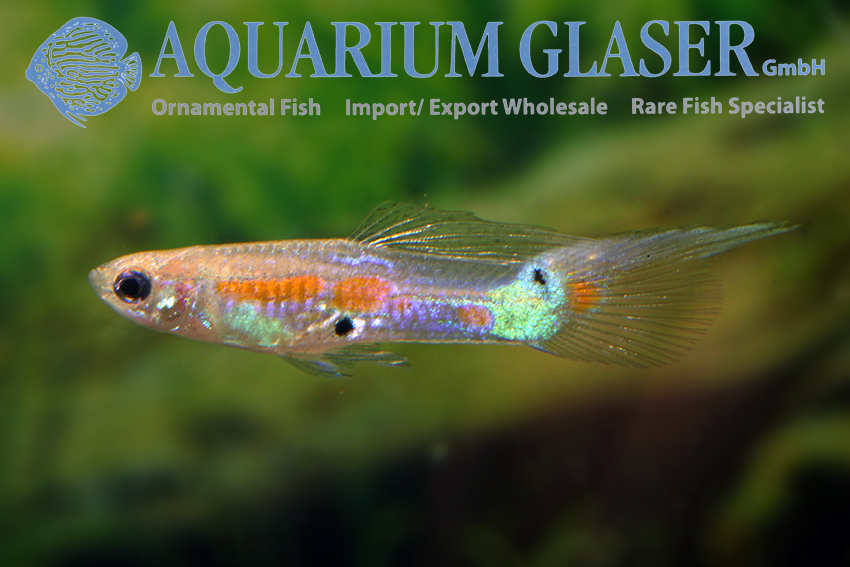 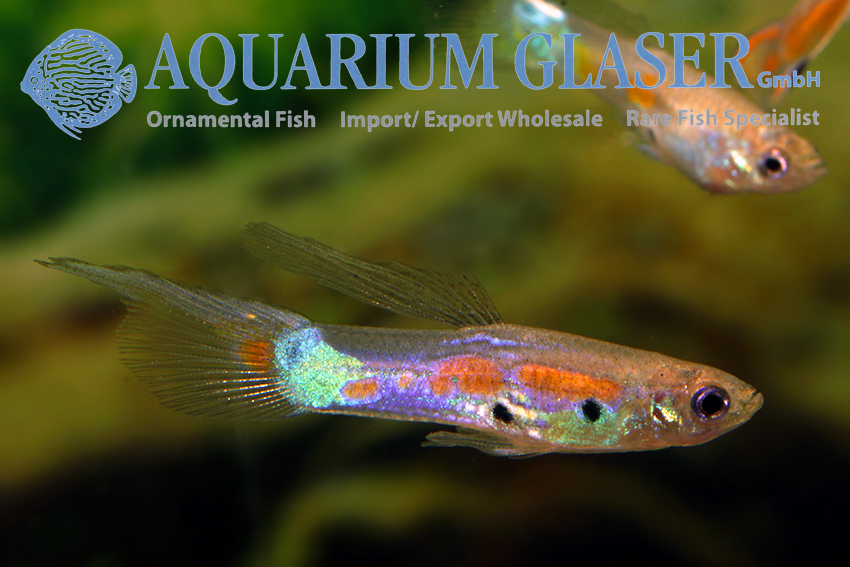 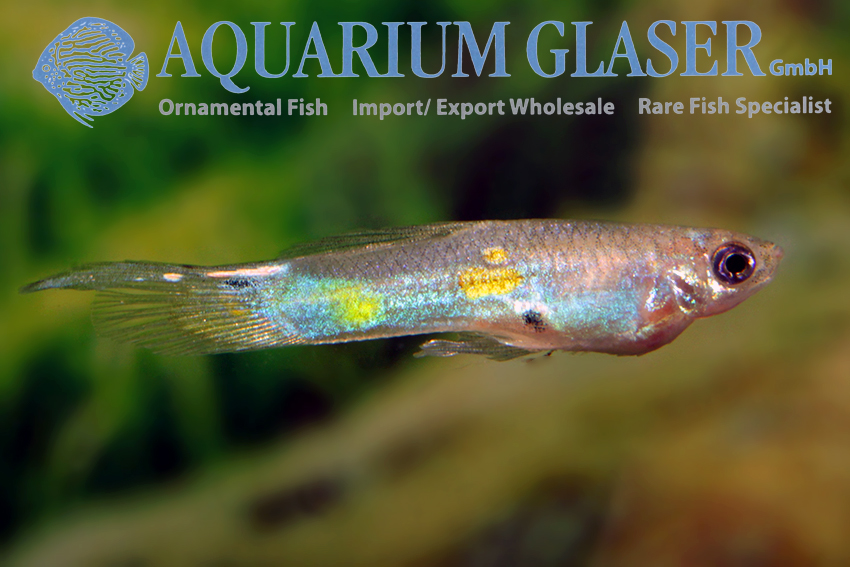 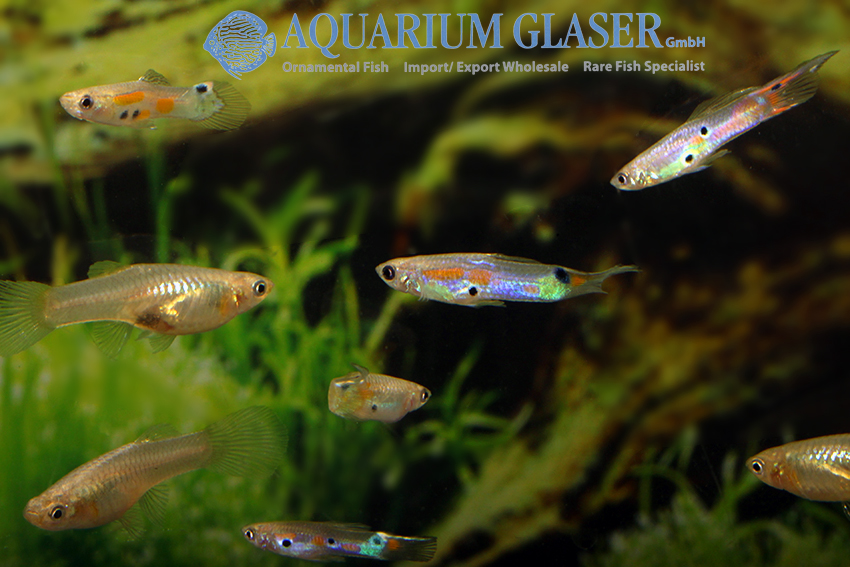 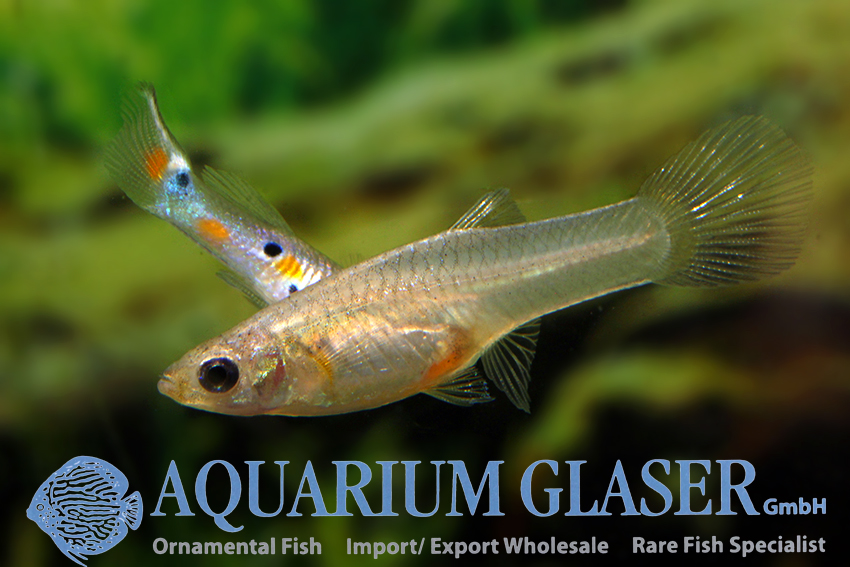 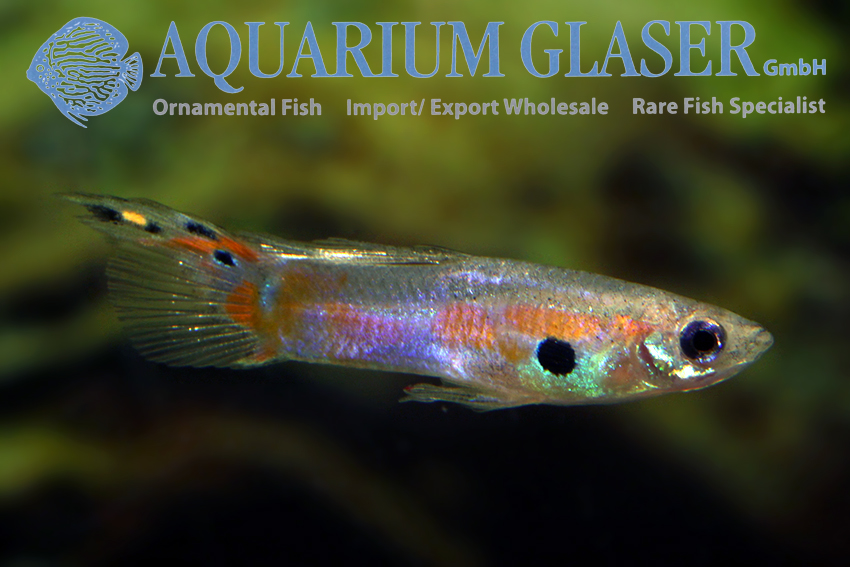 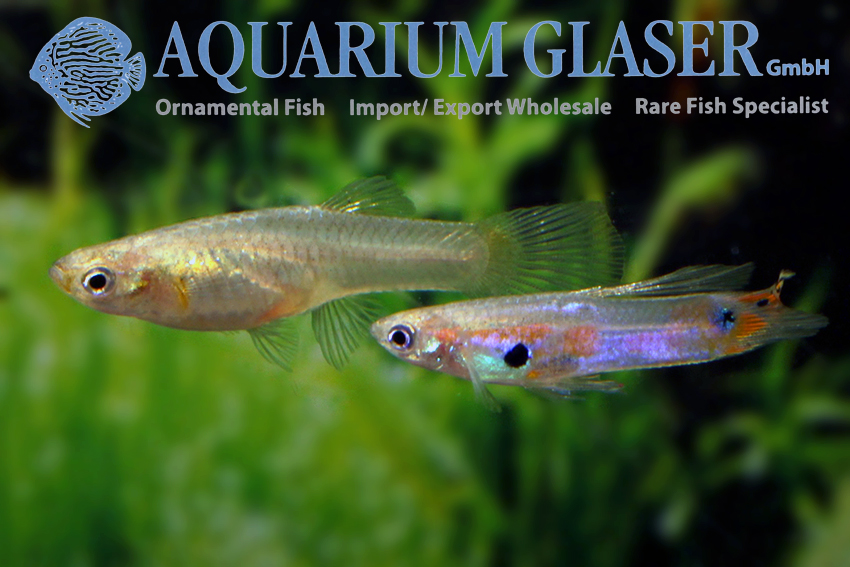 In scientific literature the existence of these guppys is even longer documented (Friedrich, 1973). He also named the brook: it is the Gillbach, and the power plant is os the cole plant Niederaußem (the largest power plant of that type in Germany). The guppys were (and still are) also present in the lower Erft, in which the Gillbach flows. The lower Erft is heated by hot water pumped up from up to 400 m depth from cole mines. Here do not exist only guppys, but also many other tropcal organisms: Amatitlania nigrofasciata, Ancistrus, the snails Melanoides tuberculatus and Planorbella duryi, the annelid worm Branchyura sowerbii, the planaria Dugesia tigrina, the shrimps Neocaridina davidi and Macrobacrium dayanum, as well as a nuber of tropical water weeds: Azolla filiculoides, Egeria densa, Lemna aequinoctialis, L. minuta, Myriophyllum aquaticum, Pistia stratiotes, and Shinnersia rivularis (Friedrich, 2005). Most of these organisms are for sure relaesed by aquarists, but in some cases it is not clear were they originate from.

The Cologne wild guppys are interesting animals. And the good news is: one has not to travel to Cologne to get them. Currently we have these „Cologne wild guppys“ in stock, they are aquarium-bred specimens, but the ancestors were collected in the Gillbach. So these fish found back their way in the tanks of the hobbyists – a quite interesting process from a scientific point of view that gives insights in co-evolutionary processes of mankind and their domesticated animals. In the Gillbach and the Erft the guppys will become extinct as soon as the introduction of heate water ends – that´s for sure. But maybe they can survive as a curiosity in the tanks of aquarists? Nobody knows…

For our customers: the fish have code 419028 on our stocklist. Please note that we exclusively supply the wholesale trade.