Schaller´s Croaking Gourami is sadly only very occassionally available in the trade. The very pretty fish originates from central Thailand; it attains a length of about 4 cm. So it becomes larger than the Croaking Dwarf Gourami (Trichopsis pumila, 2,5-3 cm), but stays smaller than the common Croaking Gourami (T. vittata, up to 6 cm). 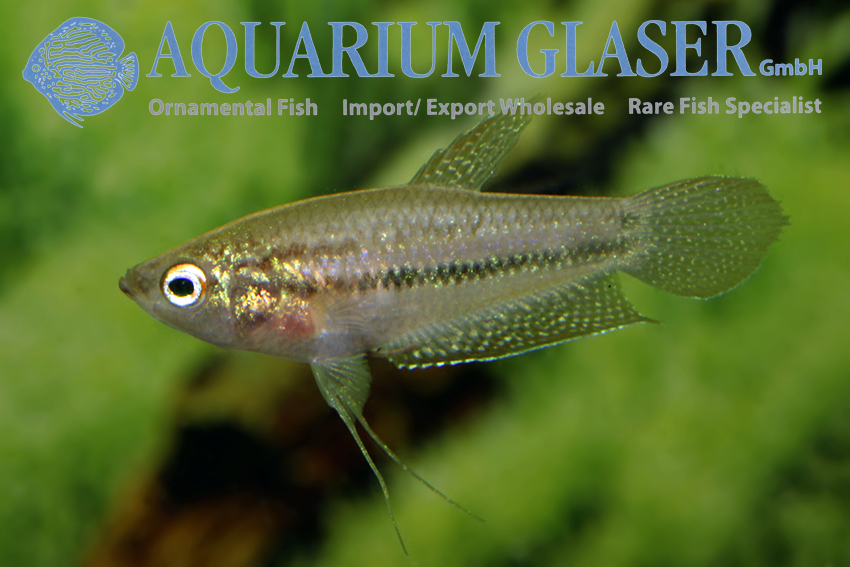 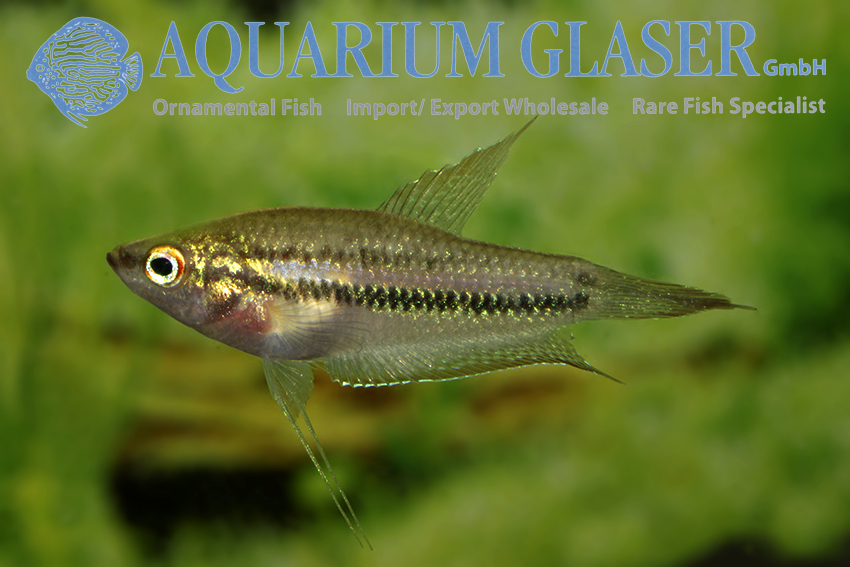 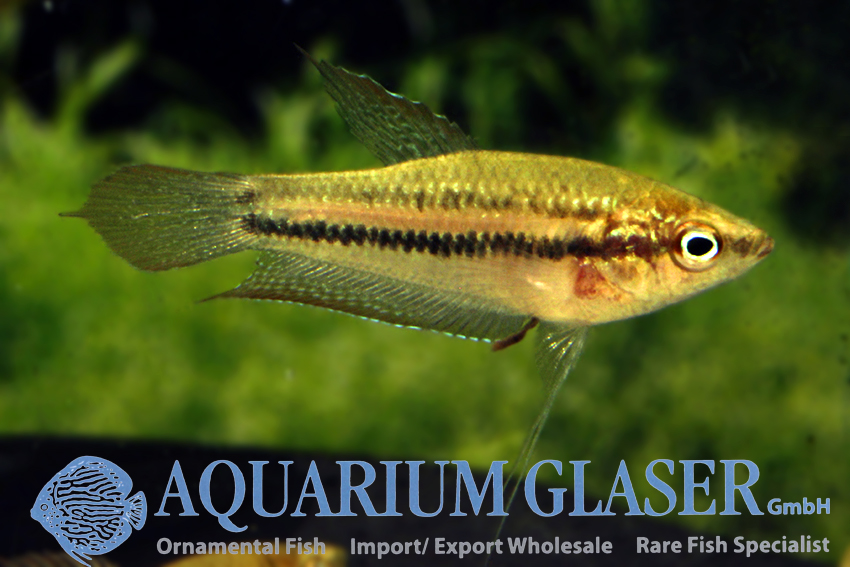 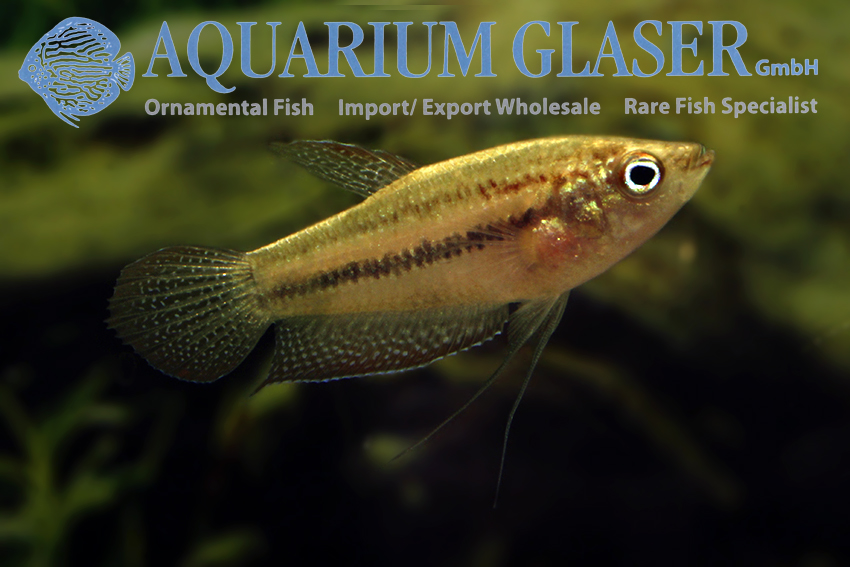 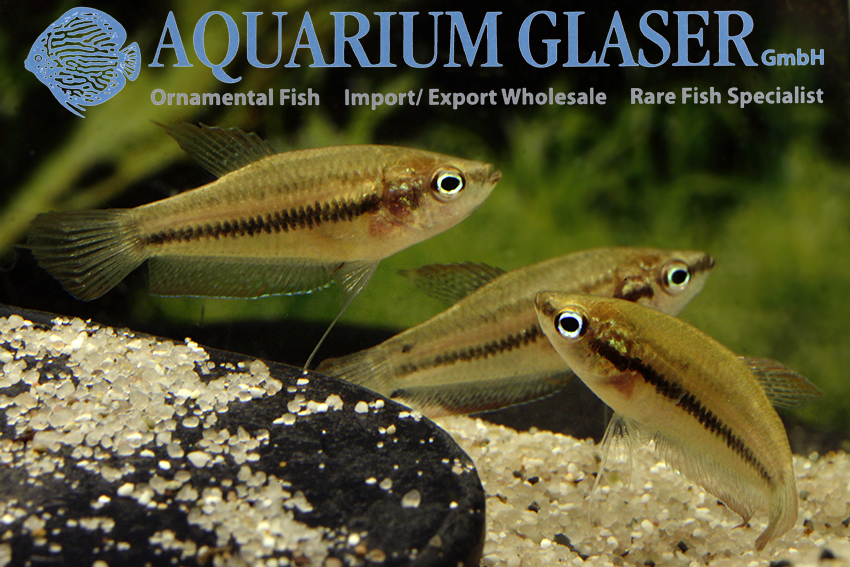 T. schalleri are very undemanding fish that are ideal inhabitants for community tanks with small, peaceful fish from Southeastern Asia, like Rasboras. In contrast to many other labyrinth fishes the males prefer to build the bubble nest under broad leaves, in caves or so instead on the water surface.

For our customers: the fish have code 470903 on our stocklist. Please note that we exclusively supply the wholesale trade.