The cute Flame Red Dwarf Badis (Dario hysginon) we have quite regularly in our stock. It originates from Burma (drainage of the Irrawaddy, Myitkyina District, Kachin State). More pictures of the species can be found here: https://www.aquariumglaser.de/fischarchiv/dario_hyginon_2__en/

Partly together with the Flame Red another dwarf badis occurs in nature, which is already mentioned in the first scientific description: the “Black Tiger”. Concerning the measurable values the Flame Red does not differ substantially from the Black Tiger and therefore both were led for a long time “officially” also only as color variants of the species Dario hysginon. However, aquarium observations suggested that they are separate species, because they do not interbreed in the aquarium.

Now the discoverers of the “Black Tiger”, who originally classified it only as a variant of D. hysginon due to the paucity of material and the fact that it occurs together with Dario hysginon, have described it as a distinct species after all. It is now officially named Dario tigris Britz, Kullander & Rüber, 2022. The main differences from D. hysginon are in coloration and genetic differences, there are also minor anatomical differences between the two (fewer dorsal fin spines and vertebrae on average in D. tigris). In addition, the authors noted that Dario tigris only sometimes coexists with D. hysginon. Type locality of Dario tigris is an unnamed stream in Kachin State south of Mogaung.

Unfortunately, it is impossible to distinguish the two species in startle coloration from each other with certainty, which is why a certain mix arrives with us from time to time. Colored animals on the other hand are hardly to be confused. By the way, the females of the Black Tiger have, just like the males, a dot pattern in the neck, which makes it quite easy to distinguish them from striped females of the Flame Red.

For our customers: Dario hysginon has code 413783, D. tigris 413796 on our stock list. Please note that we cannot sort Flame Red and Black Tiger 100% and only supply wholesale.

Now is the season for the very beautiful and relatively small remaining loach Botia dario from India. Usually the species grows to a length of 6-8 cm, as record size 15 cm are given in literature, but it is not clear if this is not a case of confusion.

In India and adjacent countries the species is common in the system of the upper Brahmaputra, i.e. at the foot of the Himalayas. There it can occasionally get quite cool; Botia dario is therefore an energy-saving fish, which, if the aquarium is located in a living space, does not require additional aquarium heating. Water temperatures between 16 and 28°C represent the comfort zone of the lively schooling fish, which is by the way an eager snail exterminator. However, it is important that the water temperatures rise or fall slowly – over a period of days. Botia dario does not tolerate rapid temperature changes any more than any other fish.

For our customers: the animals have code 399005 on our stocklist. Please note that we supply exclusively to wholesalers.

The first reports of a new dwarf badis appeared in June 2004. Nonn Panitvong, an enthusiastic Thai aquarist, had found the animals in Bangladesh. Panitvong did not announce a more precise location, but said he caught the animals in a pond near a rice field, together with Danio rerio, Oryzias sp., Channa sp., Colisa chuna and others.

In the German literature the new Dario was first introduced by Alexander Dorn, who was able to import and reproduce it from Thailand on private initiative (Dorn, 2006). In Thailand, the fish, which only reach a total length of about two centimetres, were offered in a pet shop as Dario sp. “Bangladesh”; this makes it quite likely that it was the strain originally collected by Sanitvong. Dorn, who also documented the fish in beautiful pictures, suggested the German common name “Kirschfleck-Dario” (= „Cherryspot-Dario“). 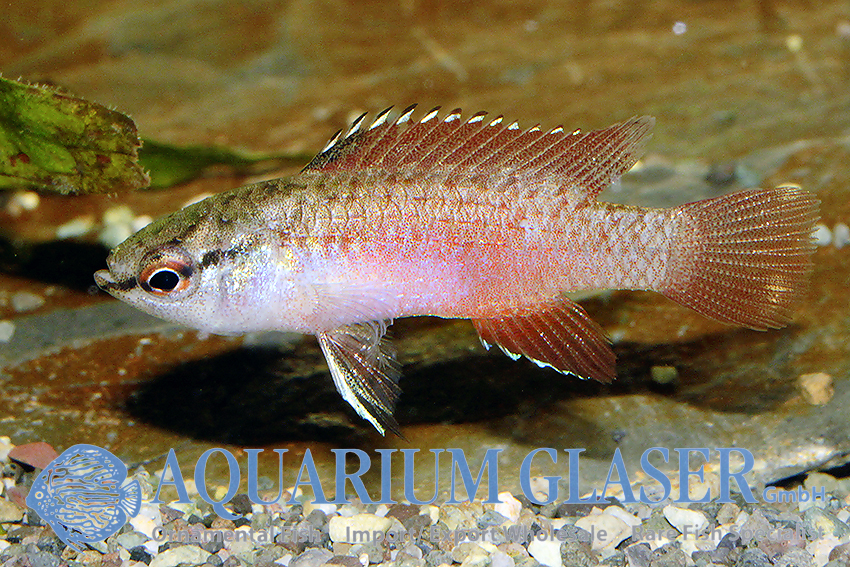 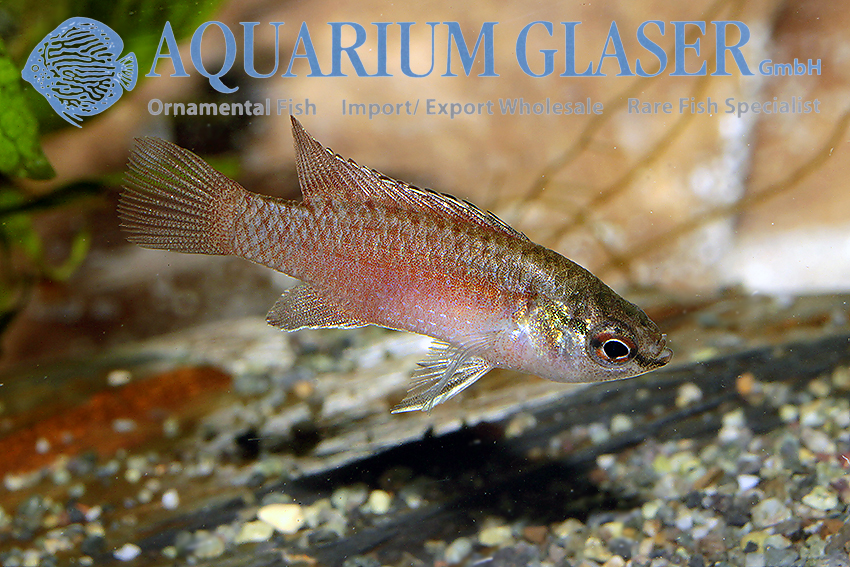 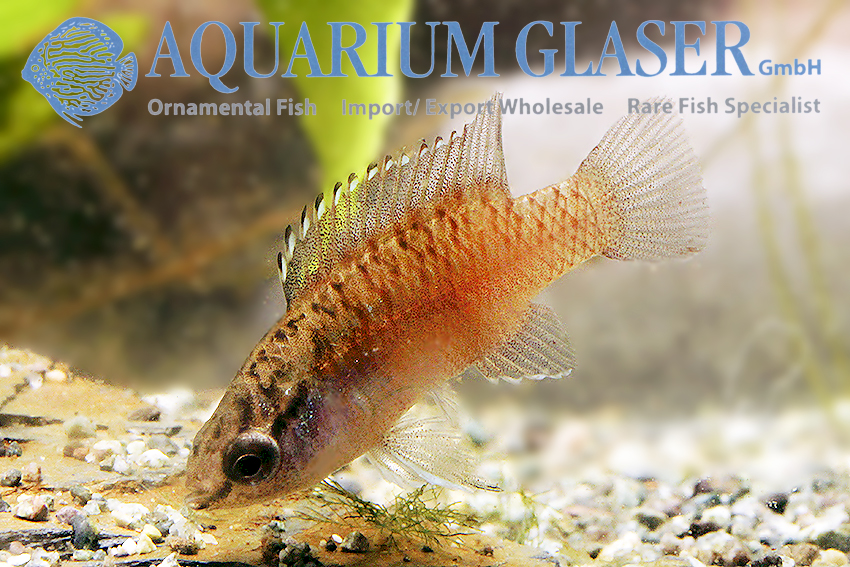 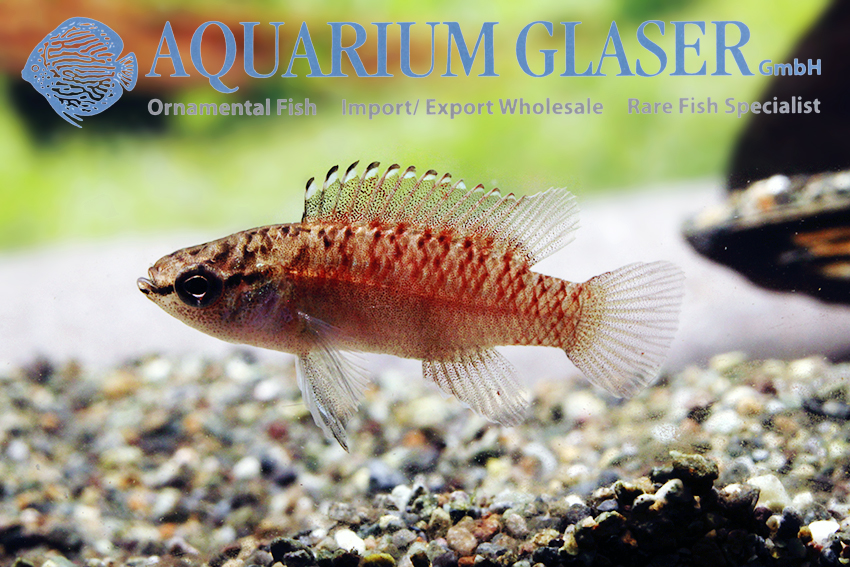 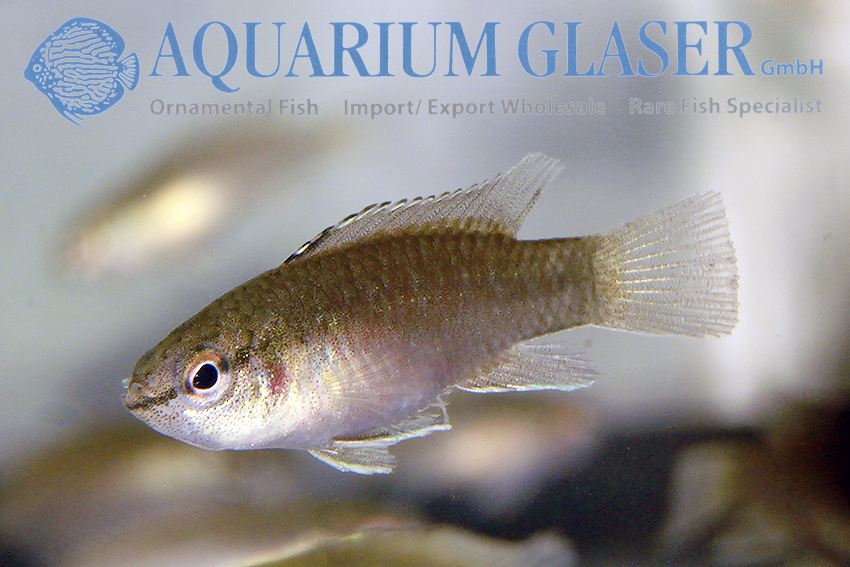 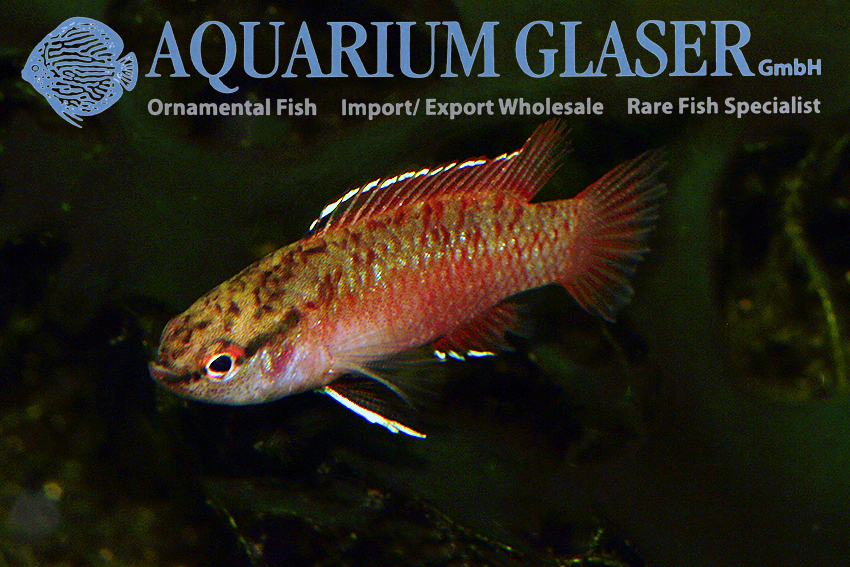 Afterwards it became quiet around the cute little fish for quite a while. Only in 2009 Indian exporters started to offer the species regularly under the name Dario sp. “Jaintia Hills” (Werth, 2009). Further, but hardly common trade names are Dario “Kishore Ganj” and Dario “Black Fin”. Although there were no large quantities, from then on a few hundred specimens per year were available for interested aquarists in Europe. As additional information one learned now that these animals are found in the Indian federal state Meghalaya, in quite large height. A large part of Meghalaya is formed by two mountain ranges, the Khasi- and the Jaintia Mountains; the mountain tribes living there already enjoyed autonomy status during British colonial times. Meghalaya borders Bangladesh to the north. Meghalaya fish have a special feature: they need to be kept a little cooler from time to time during the year. Some imports made real problems until we learned from the exporters that they were collected at only 14°C. Then some things became clear…

About 10 years after its discovery, the new Dario species was scientifically described by Ralf Britz and Sven O. Kullander. They have chosen the name Dario kajal for the little animals, because a really good recognition feature of the species are the black eye stripes.

The description was based on animals which had all been collected in the small river Seinphoh near Umolong (Meghalaya, Jaintia Hills). For us aquarists, the eye stripe, which does not appear in this form in any of the other Dario species described, can be sufficient as a distinguishing feature.

In the aquarium all Dario have to be treated in approximately the same way. The best way to take care of the weakly competitive fish is in species aquariums, which can be small, because the males hardly defend a territory. Usually Dario are seasonal permanent spawners, i.e. they spawn almost daily when water temperature and food supply match. Only in winter – all species except D. urops come from subtropical climates, where it can get very cold – reproductive behaviour is stopped. Certainly Dario also eat an egg or young fish sometimes, however, they don’t pursue them purposefully. So, accordingly fine feed presupposed, a few young always come up also in the regular tank. Unfortunately, one cannot nourish Dario apparently with Artemia nauplia as alone or main-food in the duration, as it is possible with the licorice gouramis (Parosphromenus). Thus, one needs a live food source. Dario do indeed eat frozen food, but in small species aquariums it is hardly possible to dose it correctly and it is very polluting for the water. Concerning the water values, Dario are undemanding. All water that is suitable as drinking water is also suitable for the care of the dwarf badis.