The probably prettiest freshwater pipefish is Microphis deocata from India. In its homeland it lives in clear running waters at the foot of the Himalaya. Unfortunately this pipefish is very sensitive to transport. It neither tolerates water deterioration nor can it starve for long. As a food specialist it also requires living food, this species prefers to eat mayfly larvae (which are also the closest to natural food), but also differnt mosquito larvae. A habituation at frost-food succeeds only exceptionally and should never be regarded as possible if one considers the acquisition of such animals. 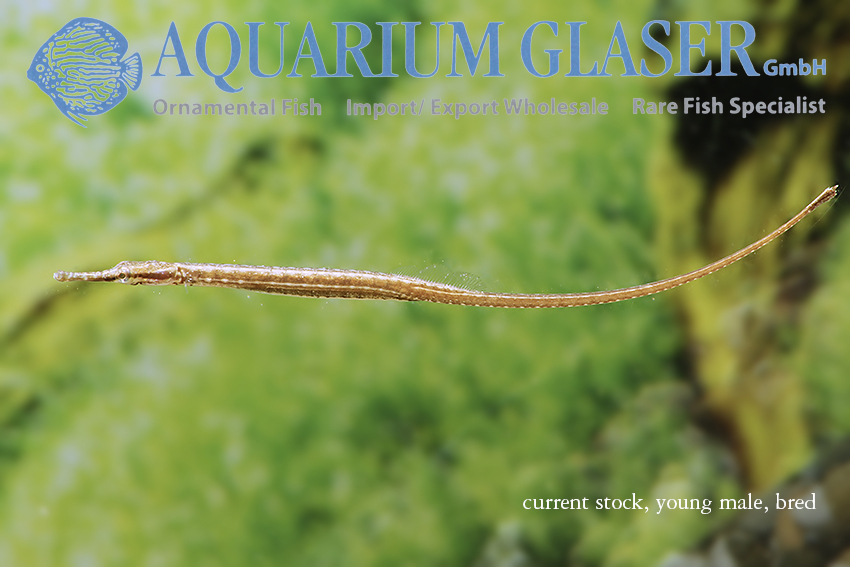 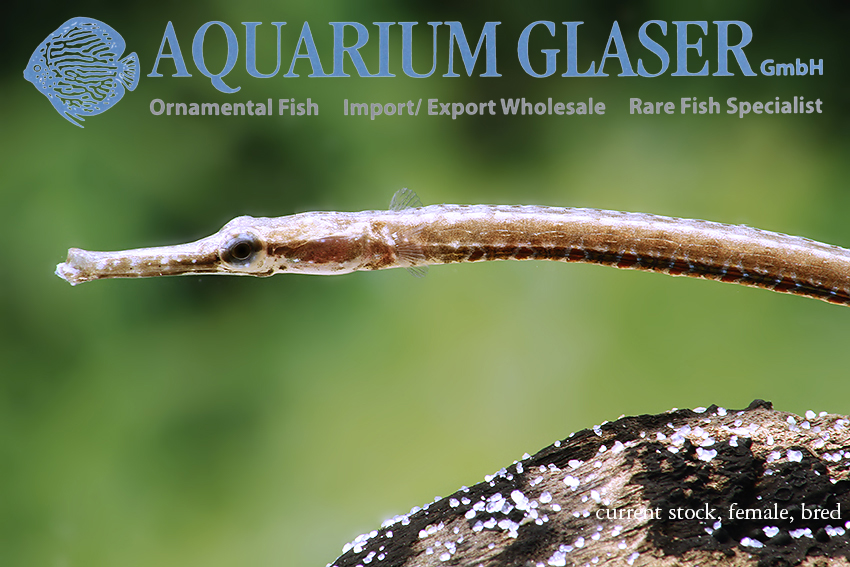 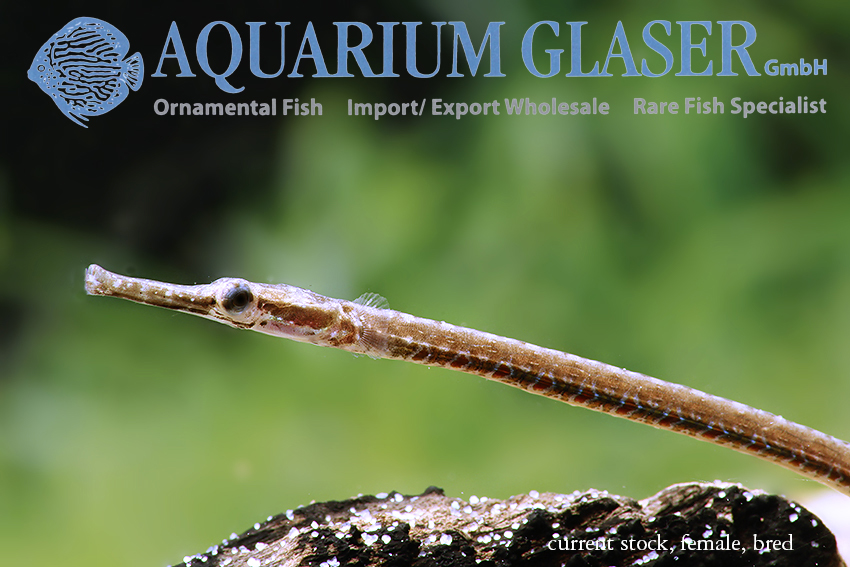 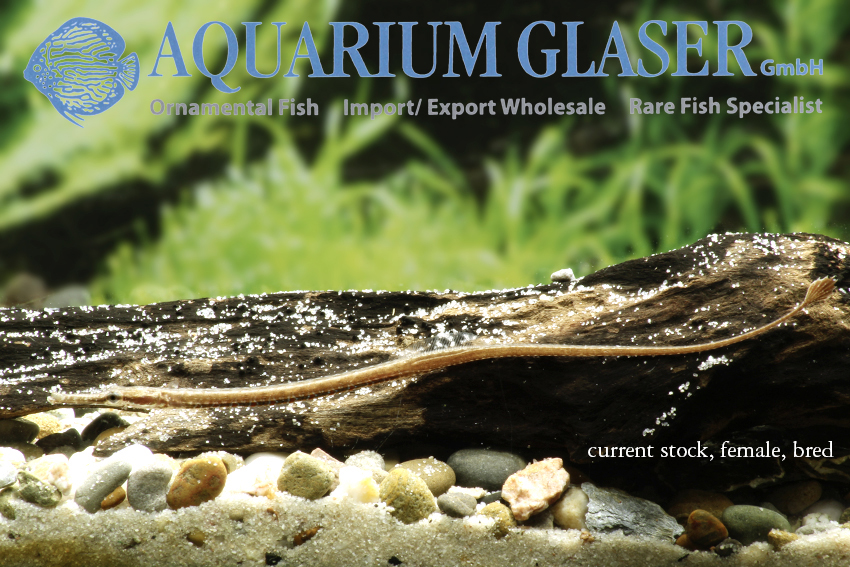 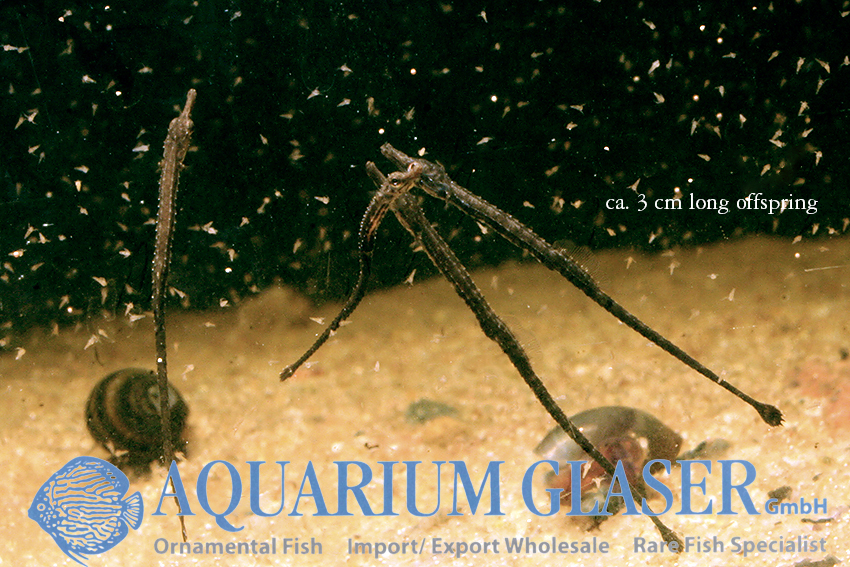 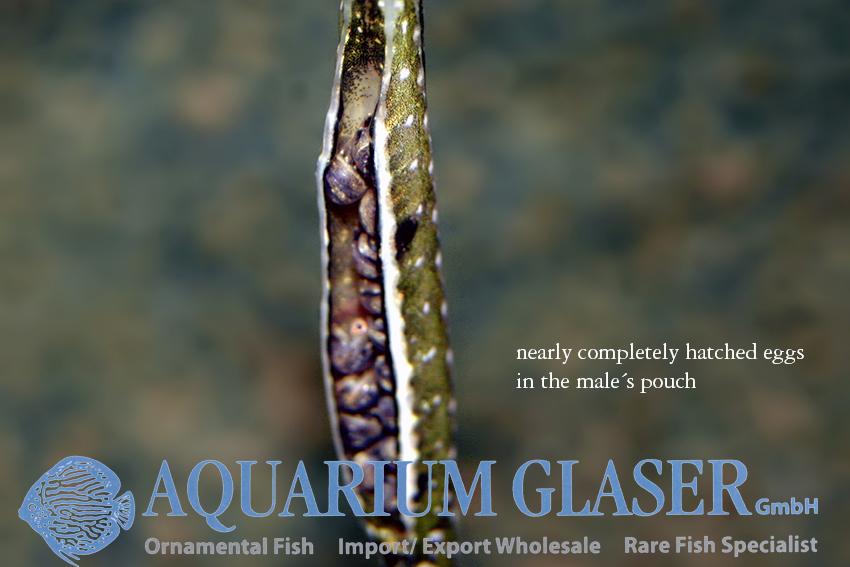 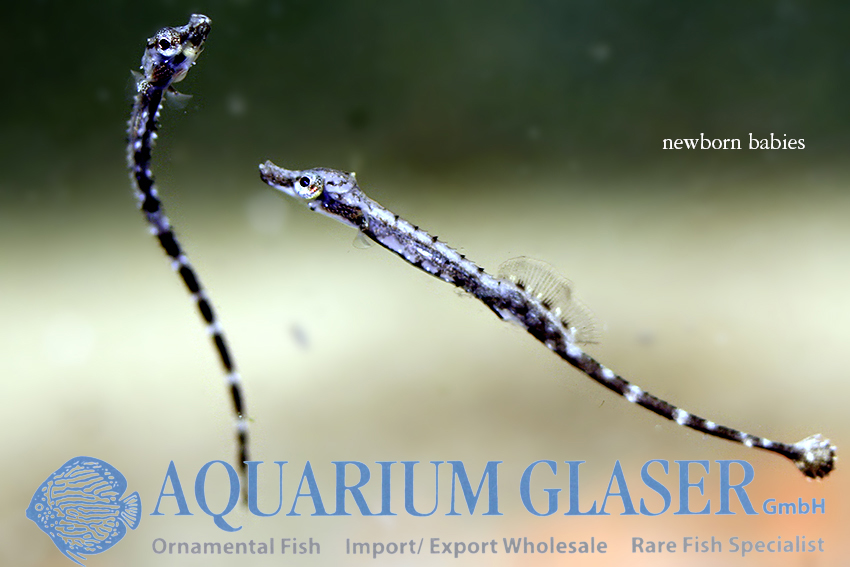 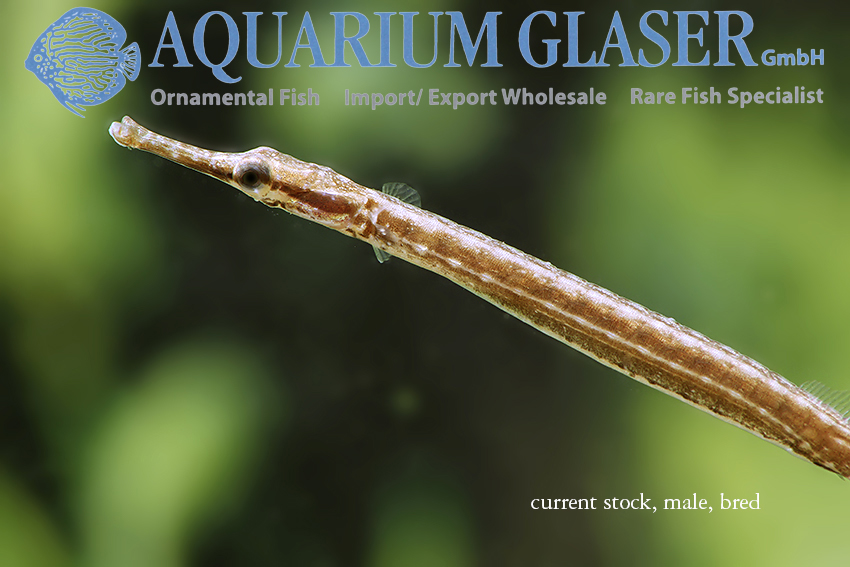 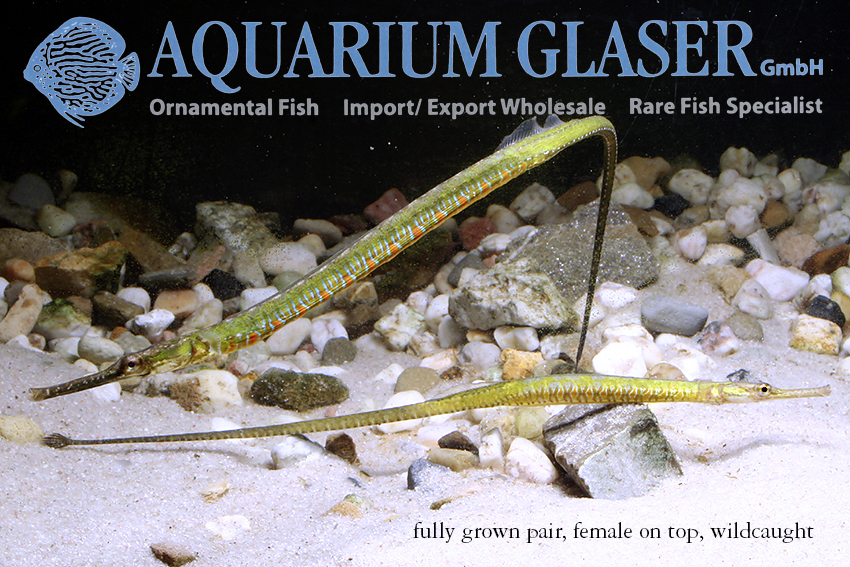 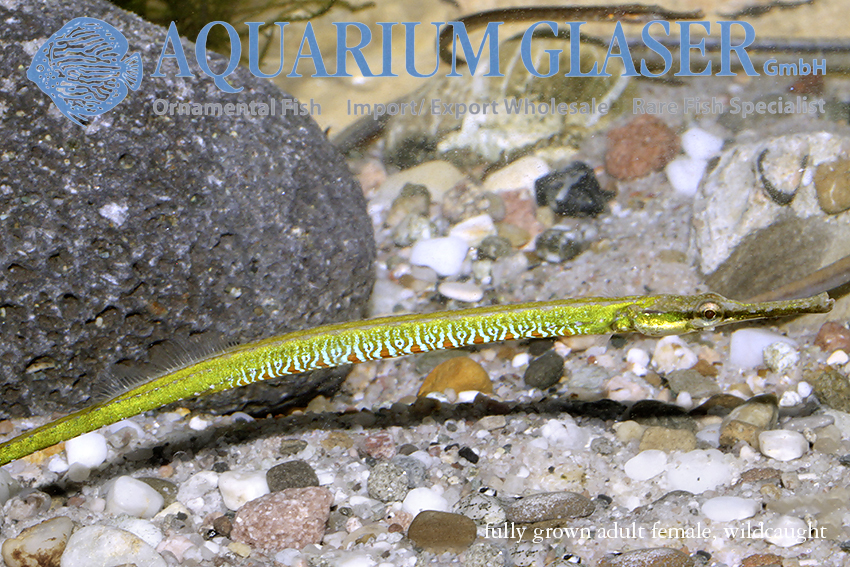 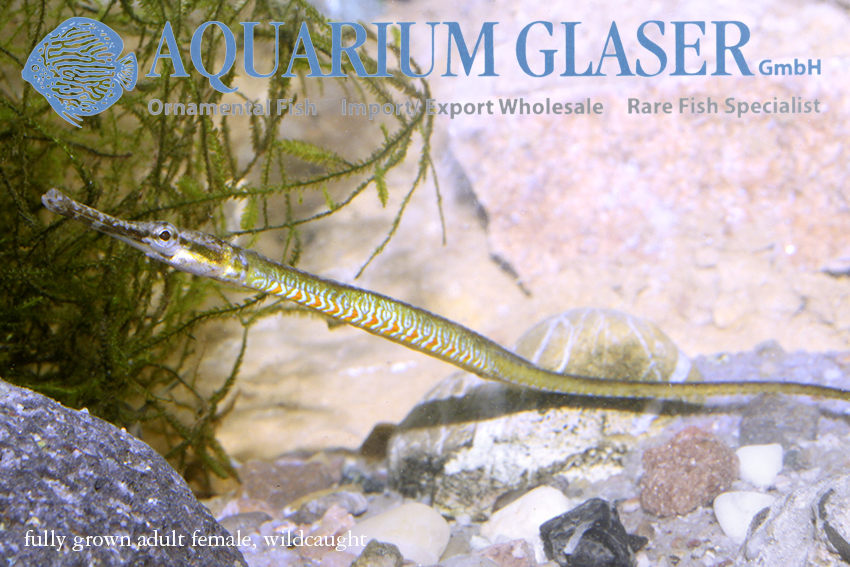 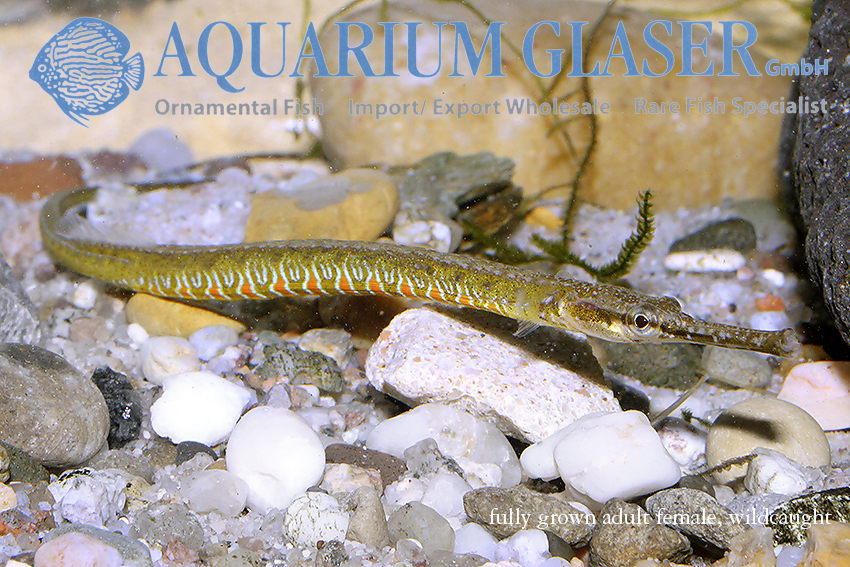 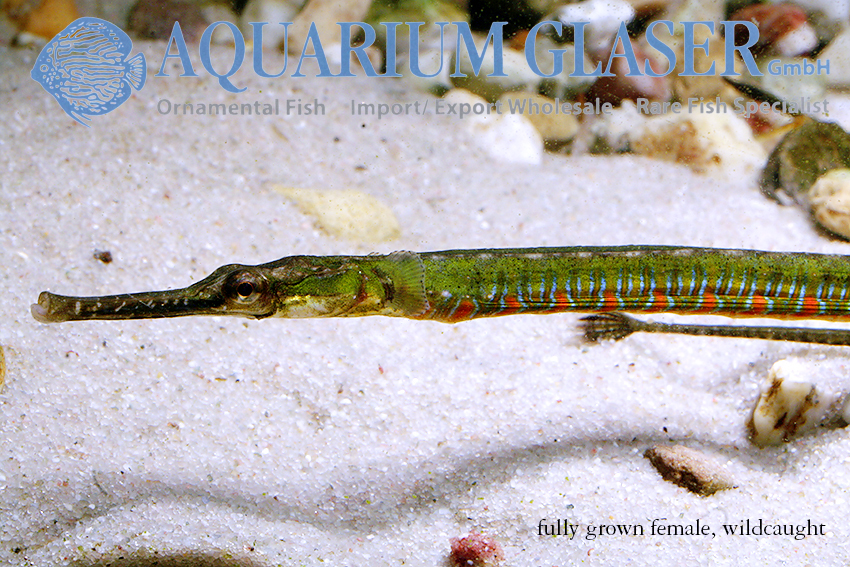 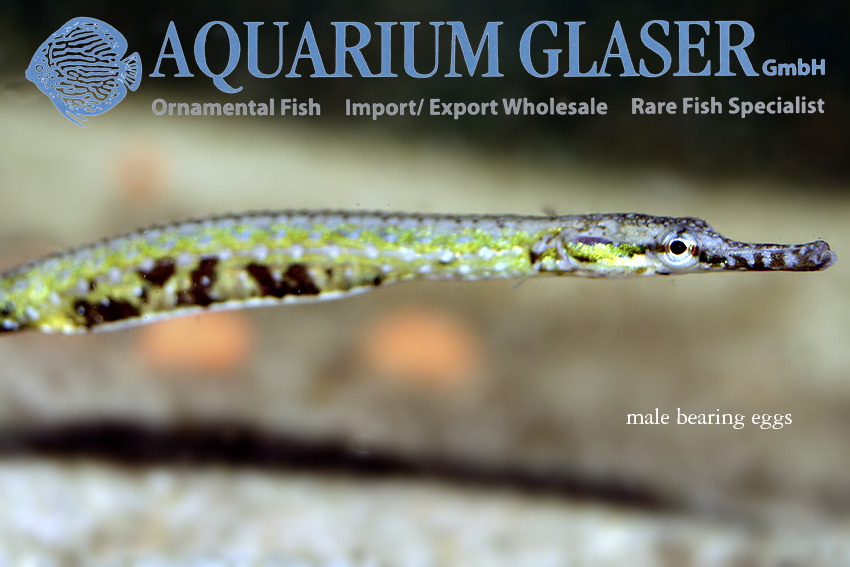 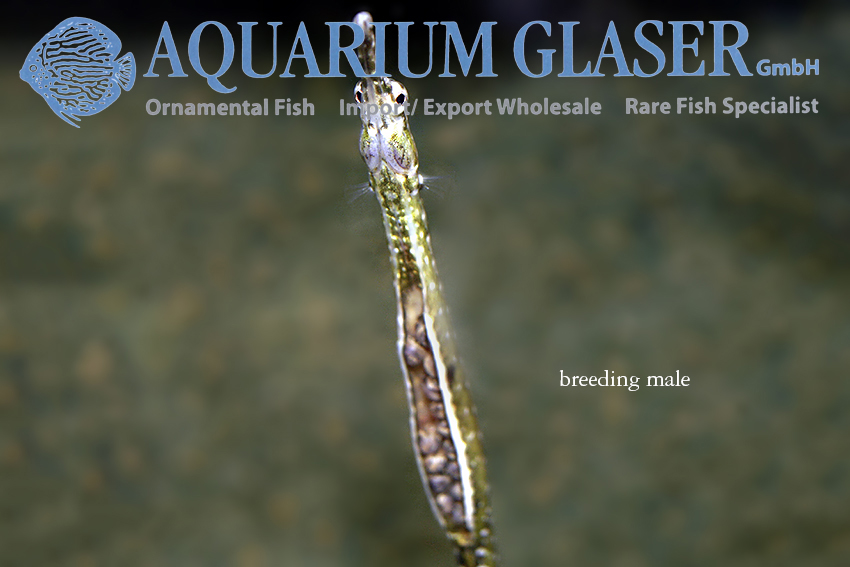 Due to their high demands, M. deocata is imported only very rarely. But the species can be bred quite well. The females have a fantastic, colorful belly sail, which is carried during the day, however, indented under the belly. The animals become sexually mature already half grown, with approximately 8 cm of length. Then, however, they are not yet as colorful as full-grown, approximately 15 cm long specimens, which often have a wonderful green shimmer. It is advisable, by the way, to maintain this subtropical species occasionally in the open air (balcony-aquarium, special garden pond). The natural food and the sunlight are very good for the animals.

Usually offspring of this species are not sold, but are passed on directly from the breeder to other lovers. That is why we are very happy to be able to offer some young German offspring that have just reached sexual maturity.

For our customers: the animals have code 430123 on our stocklist. Please note that we only supply the wholesale trade.