This beautiful danio comes from Burma. It looks like the big brother of Microrasbora rubenscens. Males become wonderful red. Temperature: 18-28°, the water should preferably be rather hard and alcalic than soft and acidic, the fish is a peaceful schooling fish that attains a maximum length of around 5-7 cm.

For our customers: the fish has code 414402 on our stocklist. Please note that we exclusively supply the wholesale trade.

Until quite recently all species now placed in Devario have been placed in Danio and most of them were considered to be varieties of a single species, D. malabaricus. But even earlier a good number of species has been described scientifically, most of them became forgotten later. One of these species is Devario annandalei from Burma. The pretty fish has been described as early as 1908 scientifically. We currently have wild collected ones in stock. 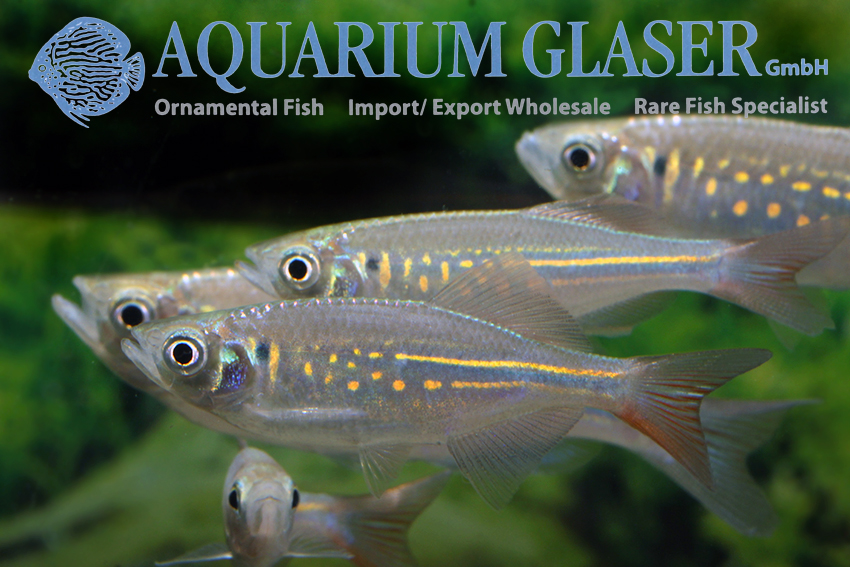 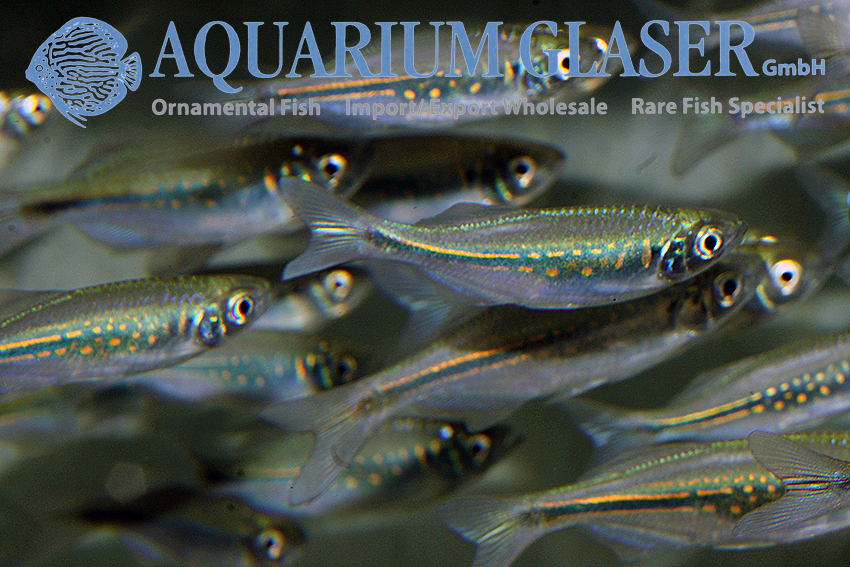 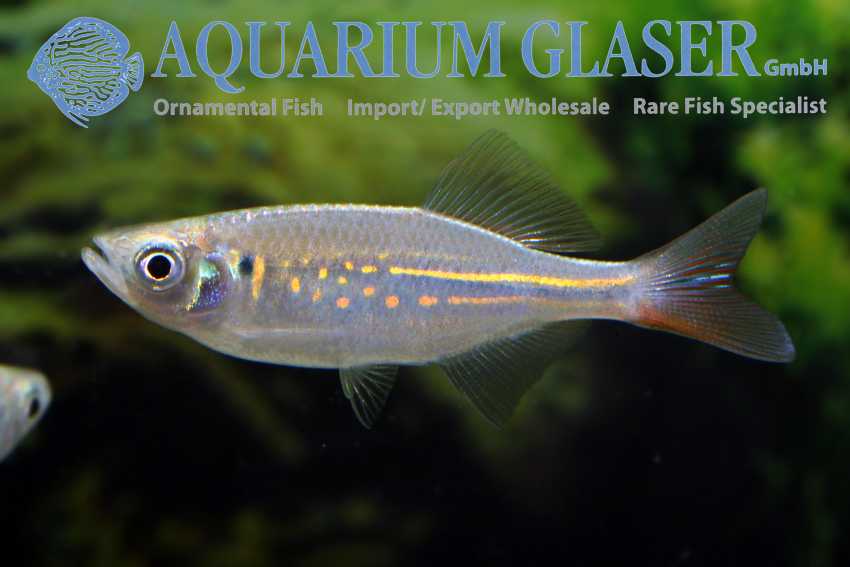 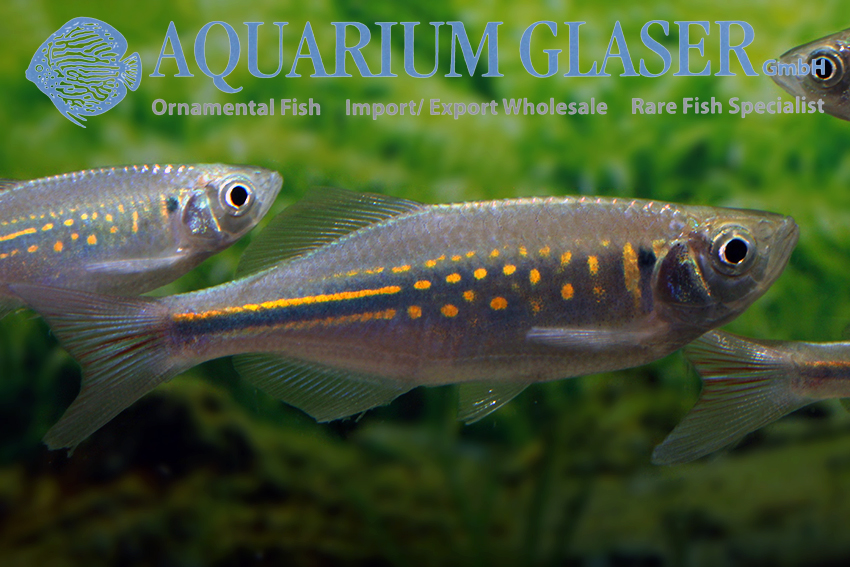 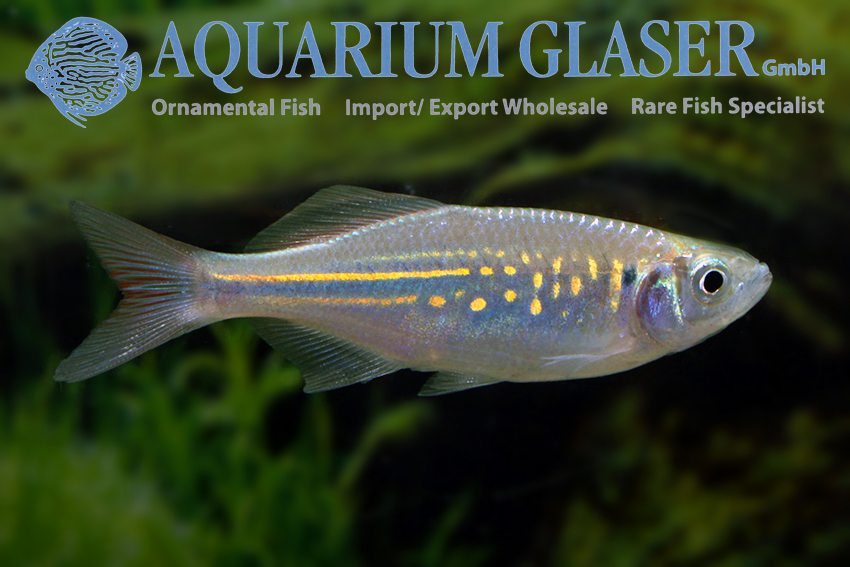 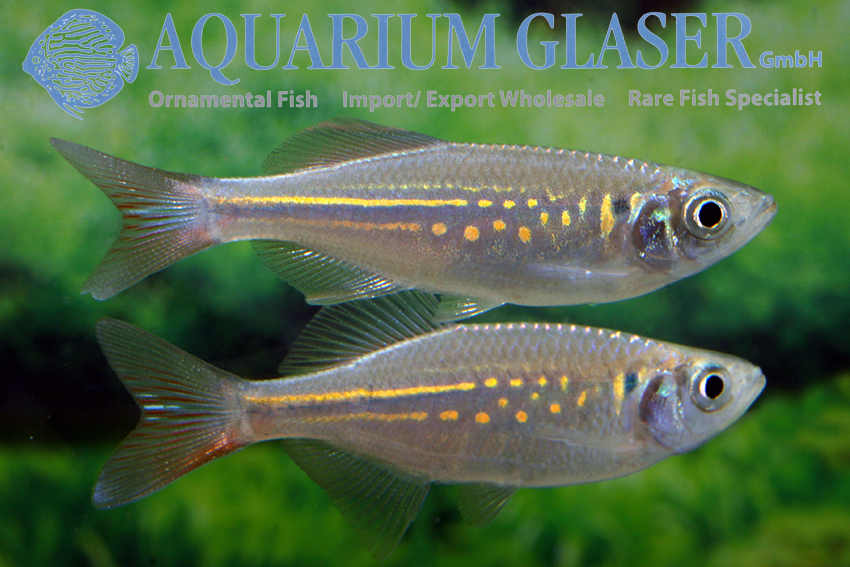 Very obvious is the red skin between the rays of the caudal fin. This led to the trivial name „blood tail“ for the beautiful schooling fish.

In respect of keeping and breeding there are no essential differences to the very well known Devario malabaricus. The only exception is water temperature. D. annandalei originates from subtropical regions, so it is recommended to keep it a bit cooler (room temperature) at times. Devario annandalei becomes about 10 cm long.

For our customers: the fish have code 414278 on our stcklist. Please note that we exclusively supply the wholesale trade.