Red jewel cichlids are wonderful aquariumfishes despite the fact that sometimes very quarrelsome individuals appear. For scientists the complex of species of red jewel cichlids remains a mess. Many meristic features overlap and additionally many species are highly polychromatic. 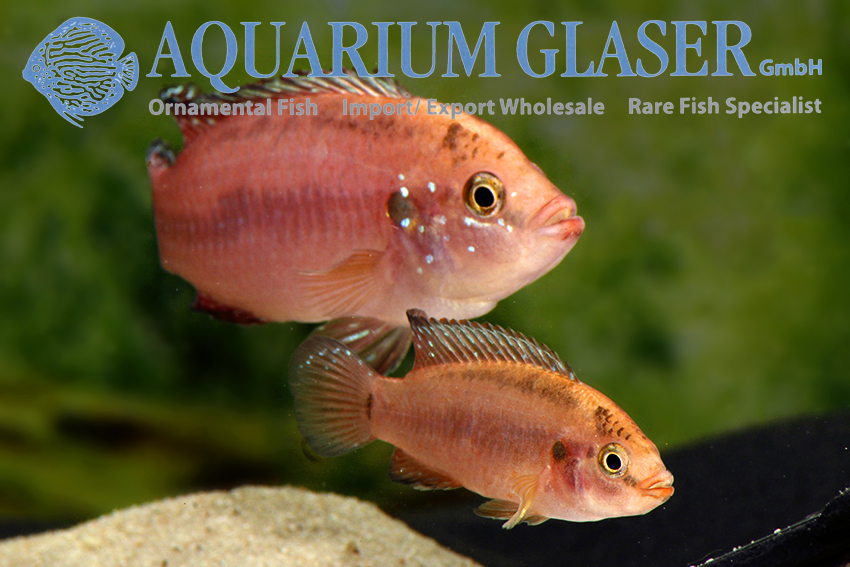 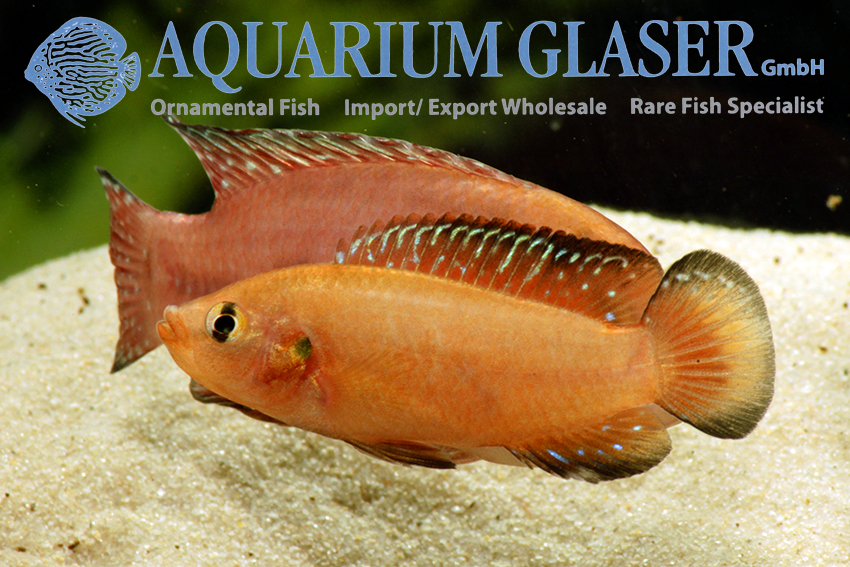 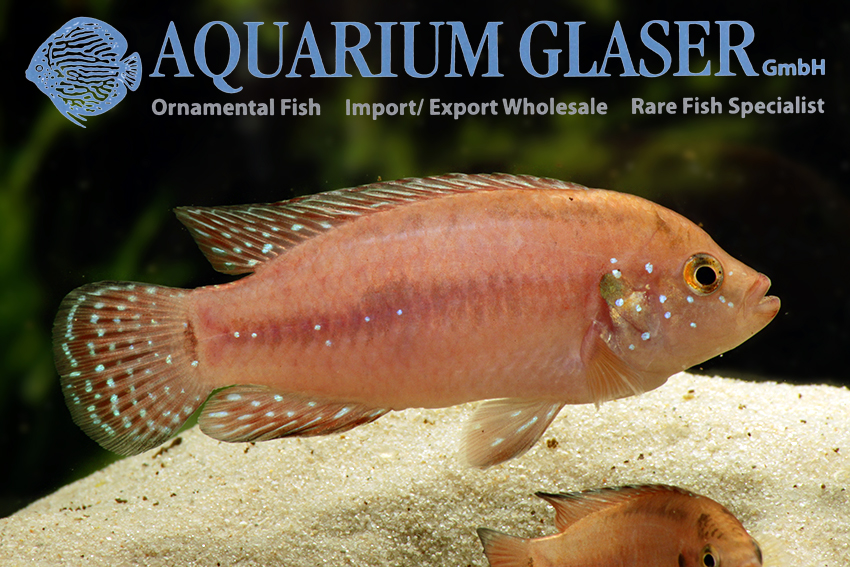 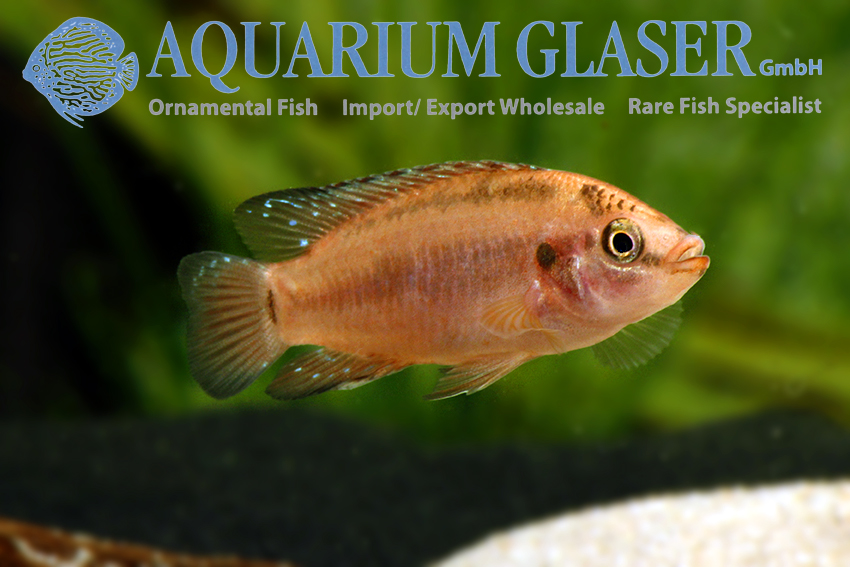 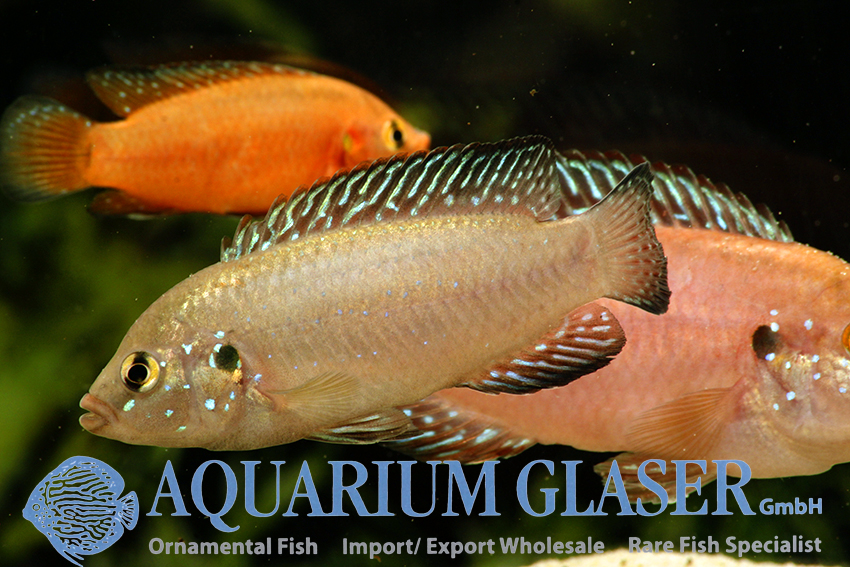 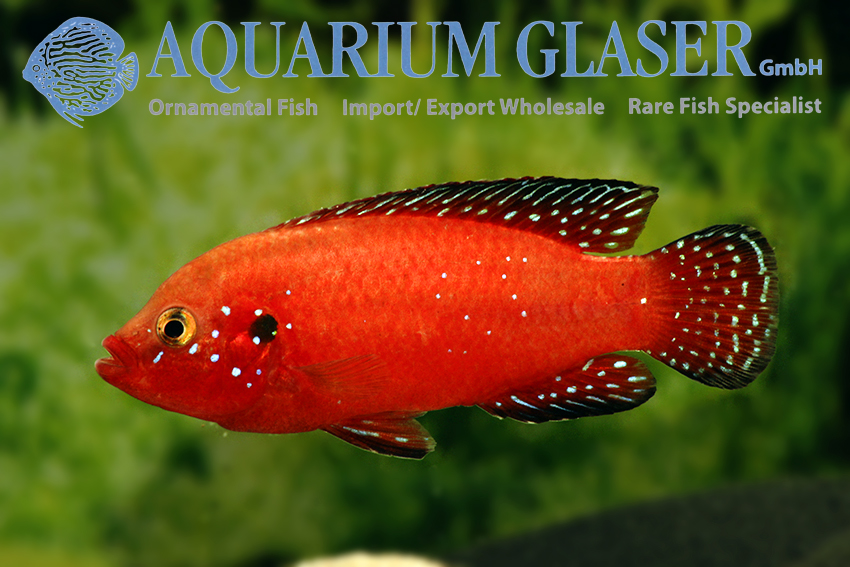 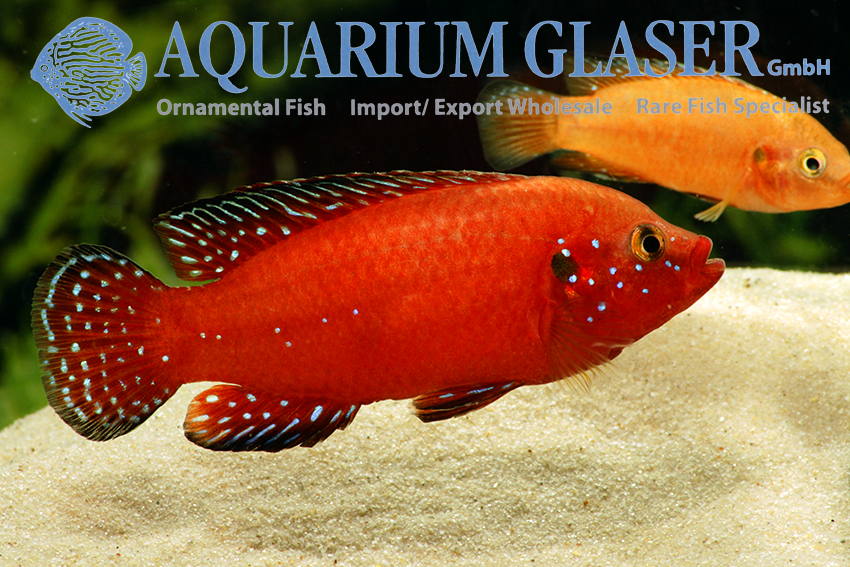 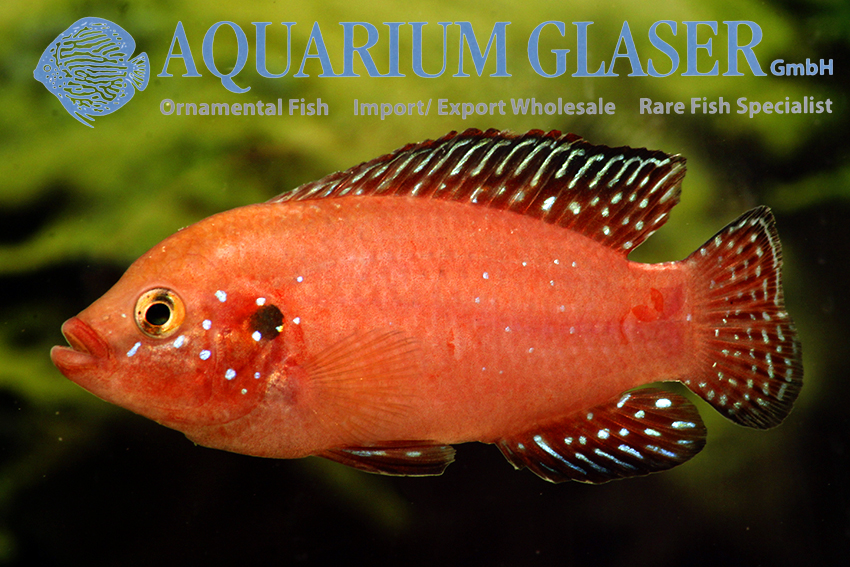 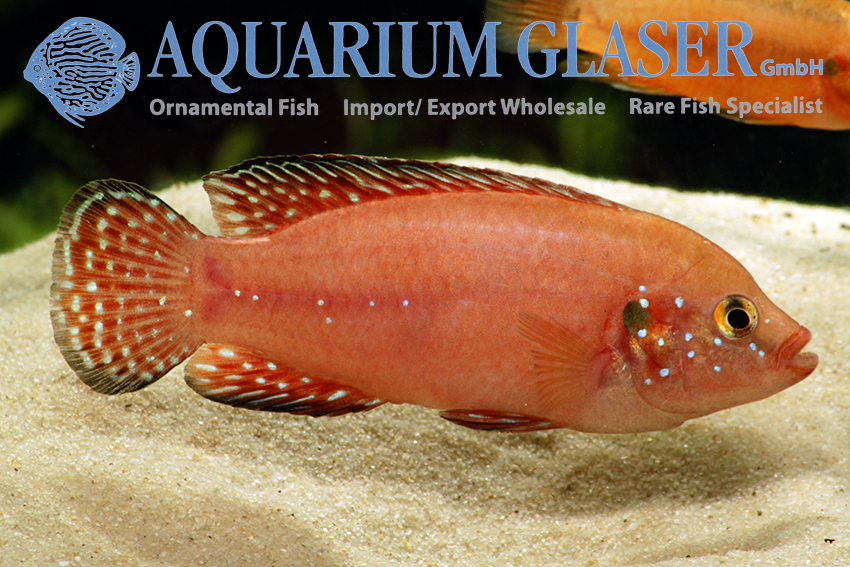 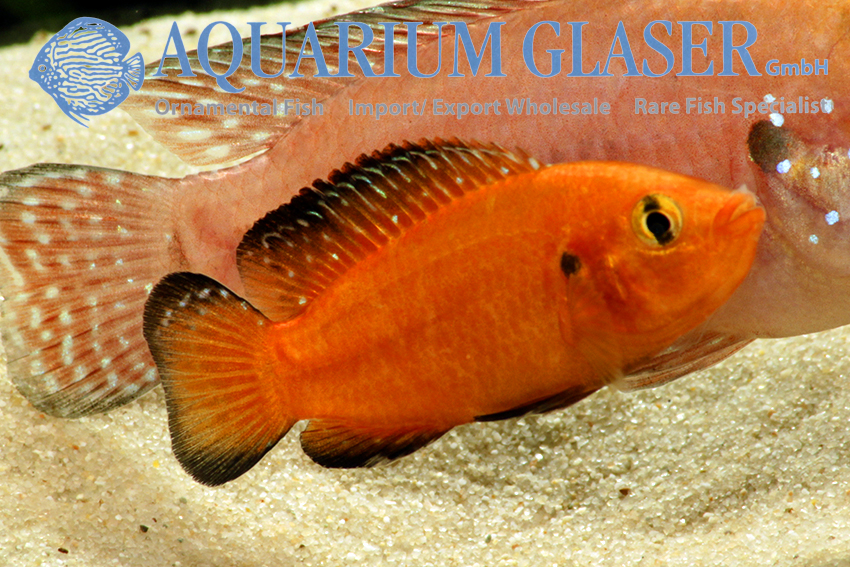 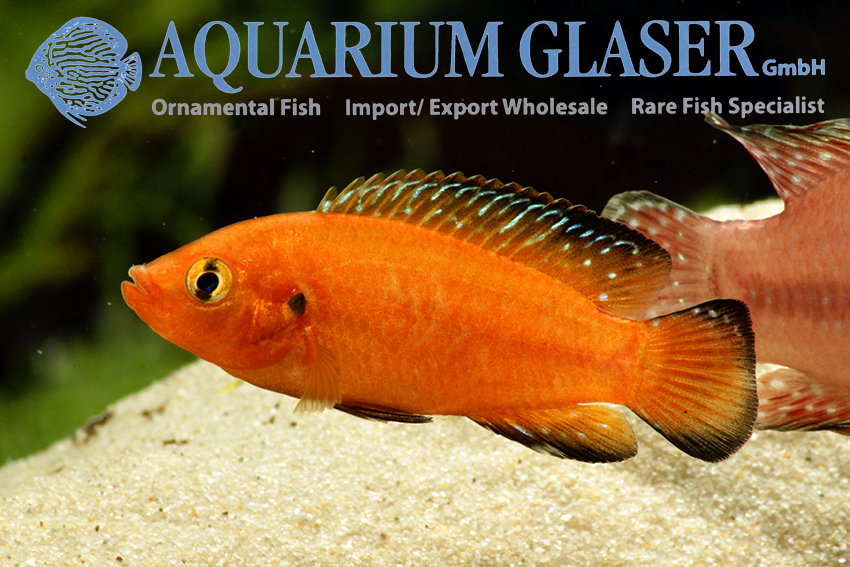 Hemichromis exsul has been described scientifically already in 1933 under the name of Pelmatochromis exsul. Type locality was lake Rudolf (now: lake Turkana) in Kenya. Later researchers considered H. exsul to be a synonym of Hemichromis letourneauxi.

This point of view became doubted when Lothar Seegers in 1998 published a photo of a Hemichromis that he had collected in lake Turkana. That fish looked totally different from all Hemichromis letourneauxi known so far. Sadly almost never any freshwater fish from Kenya become exported, so H. exsul stayed a phantom.

Specimens of this species could be sourced for Aquarium Glaser the first time this year. They were bred and we can now offer exclusively the first German bred Hemichromis exsul from there.

Hemichromis exsul differs from all other Hemichromis known so far by the dark, blackish rims of the fins. Moreover the typical lateral blotch exhibited by most red jewel cichlids is missing in most animals. The fish stays rather small and are very peaceful – at least for a red jewel cichlid.