Where do the ornamental fish in the trade come from? The largest amount for sure from breeding installations in south east Asia, followed next by Israel and Czechia. But there do exist als smaller, more specialized breeding facilities that breed the unusual type of fish. We always try to be attractive as trade partners for those, despite the fact that our company – a wholesaler for wholesalers – usually pays less than our competitiors. But due to our good contacts worldwide and the export trade we most often find a cooperation that satisfies the needs for for both sides. 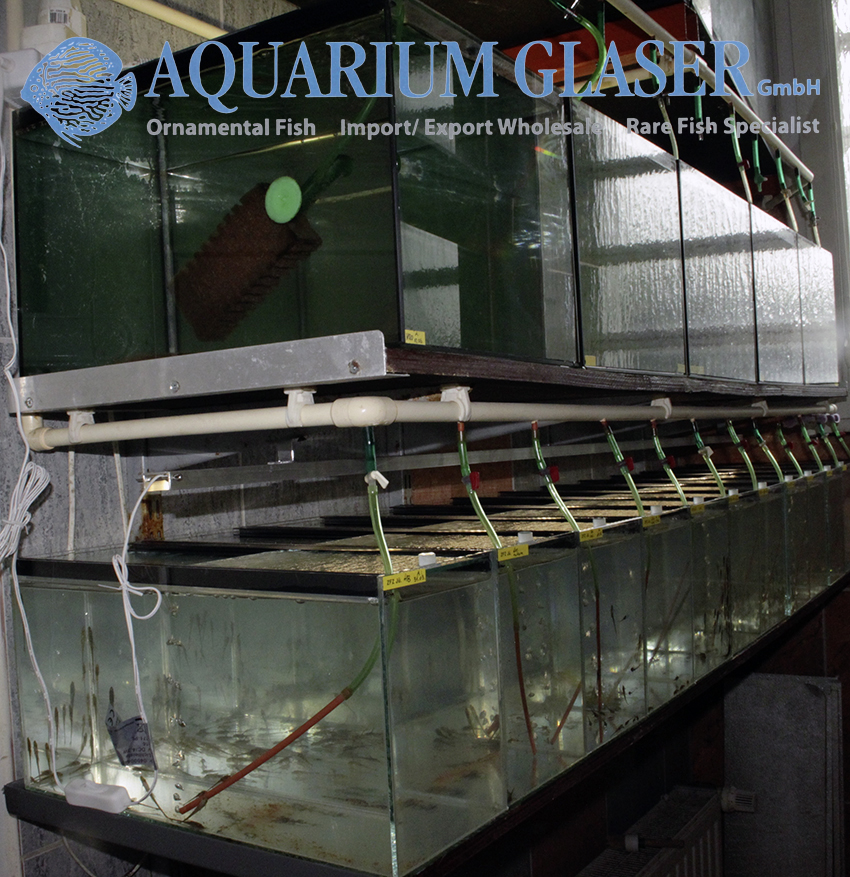 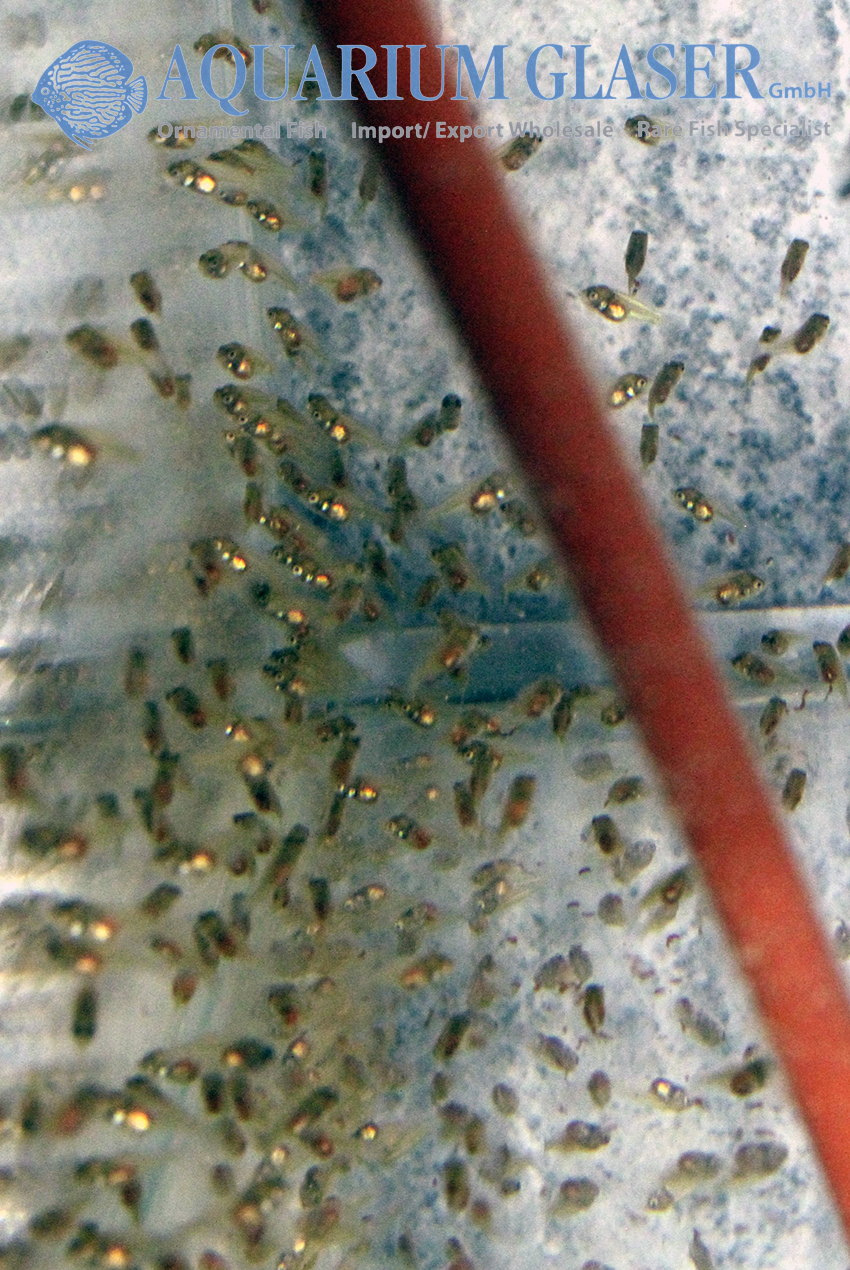 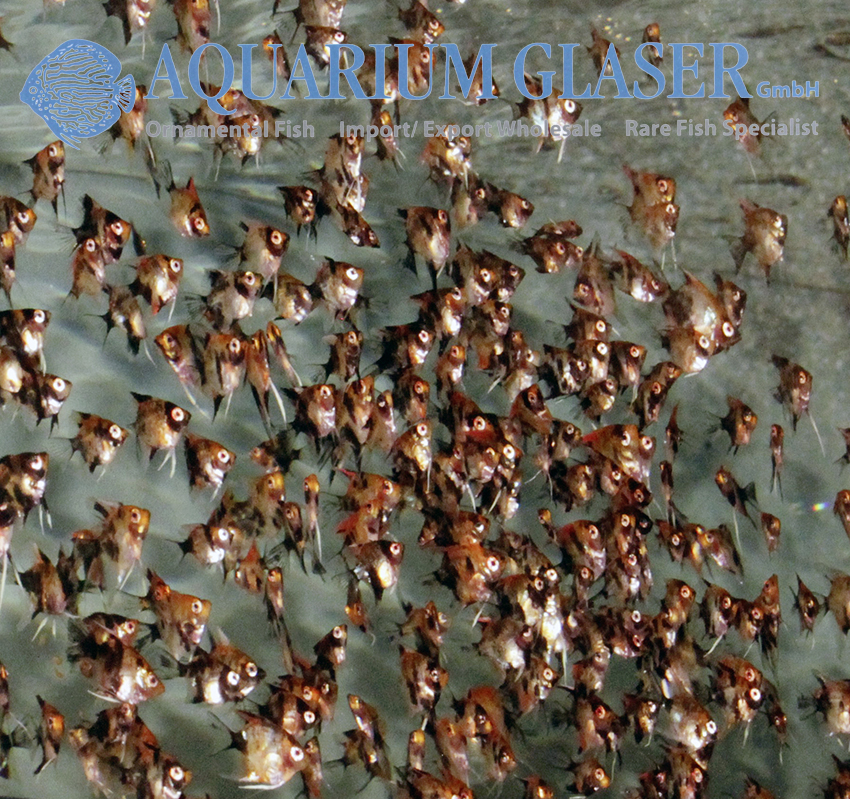 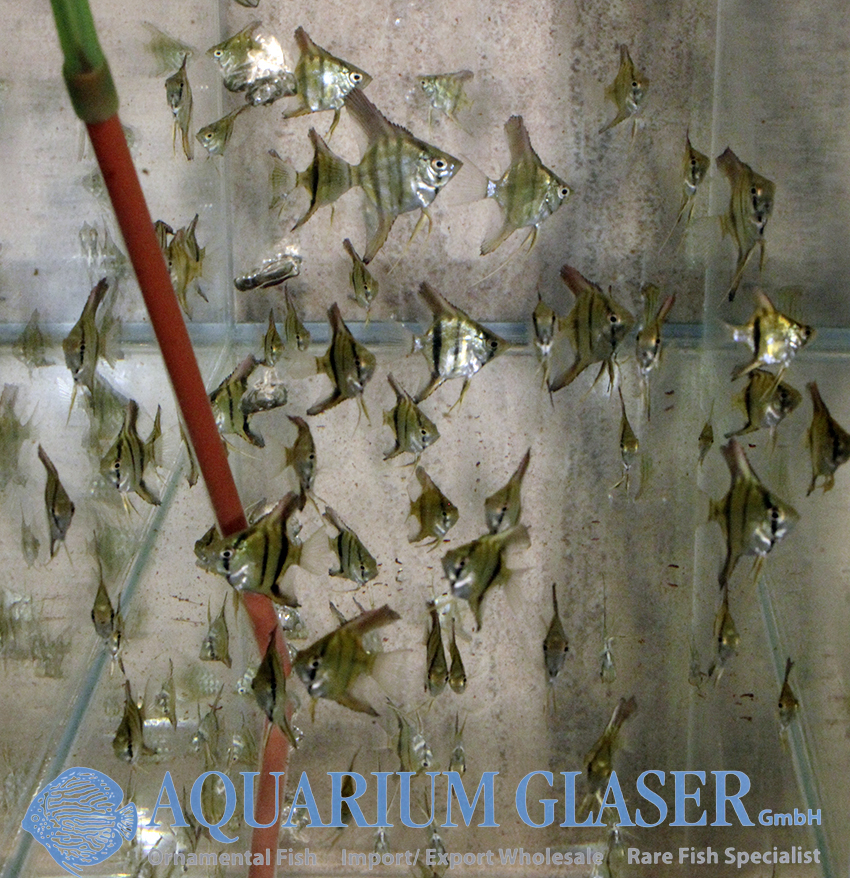 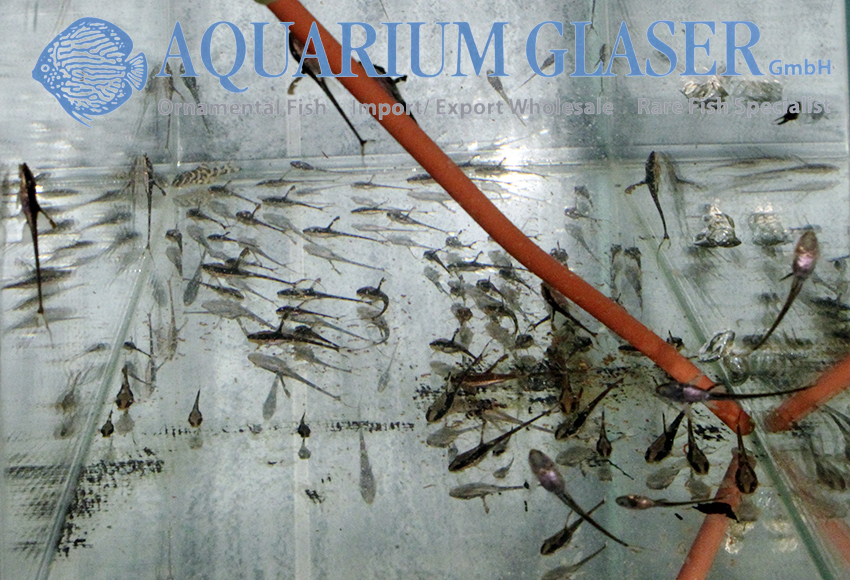 One of these specilized breeders, Kurt Jülich, had an „open house day“ and we took the opportunity to visit his fishhouse and to talk a bit more intensivly than is possible in our often hectic daily buisiness. We already obtain beautiful angels – both domesticated sports like the Red Devil and pure wild strains – for some years from Kurt. He also suplies us with rarities, like the red lipped Satanoperca rhynchitis, other cichlids, plecos and corys. 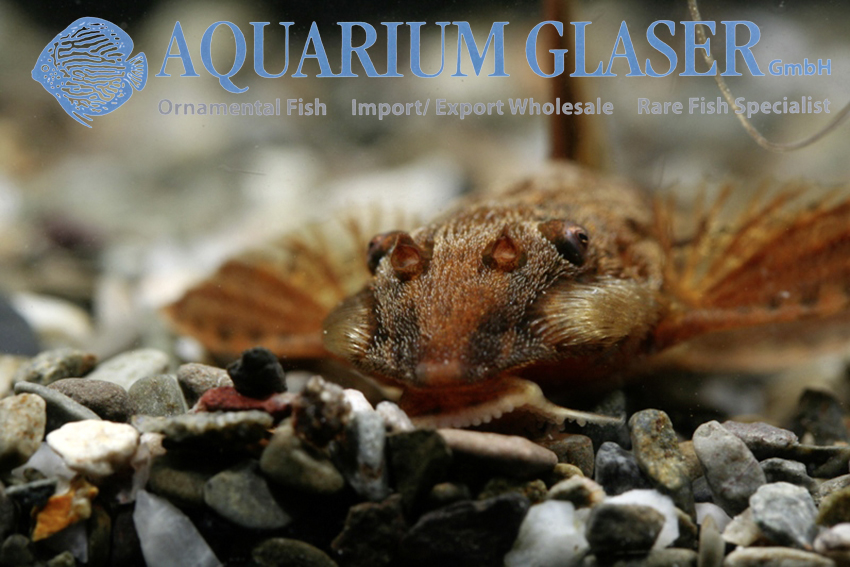 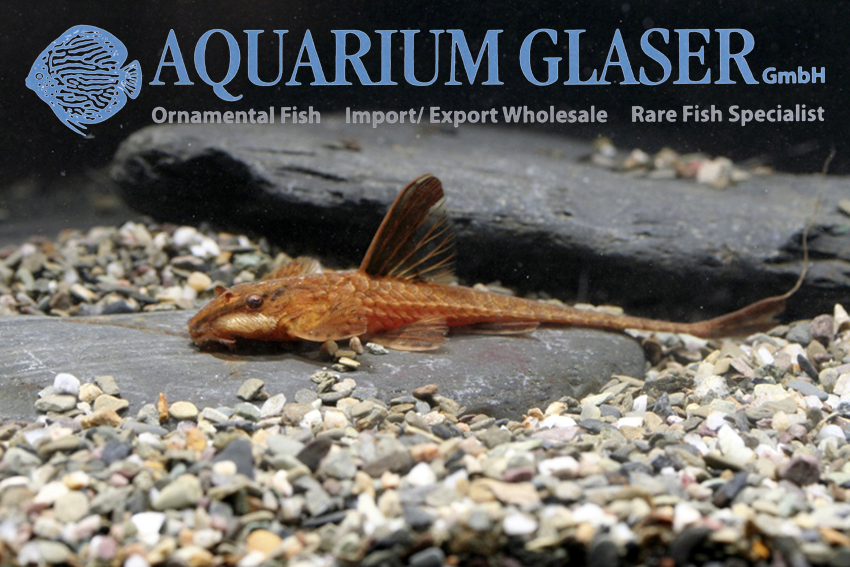 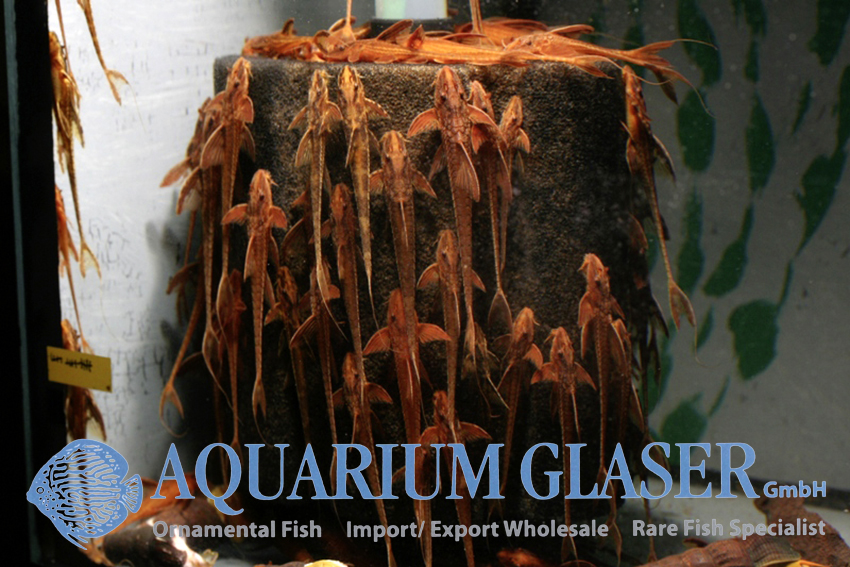 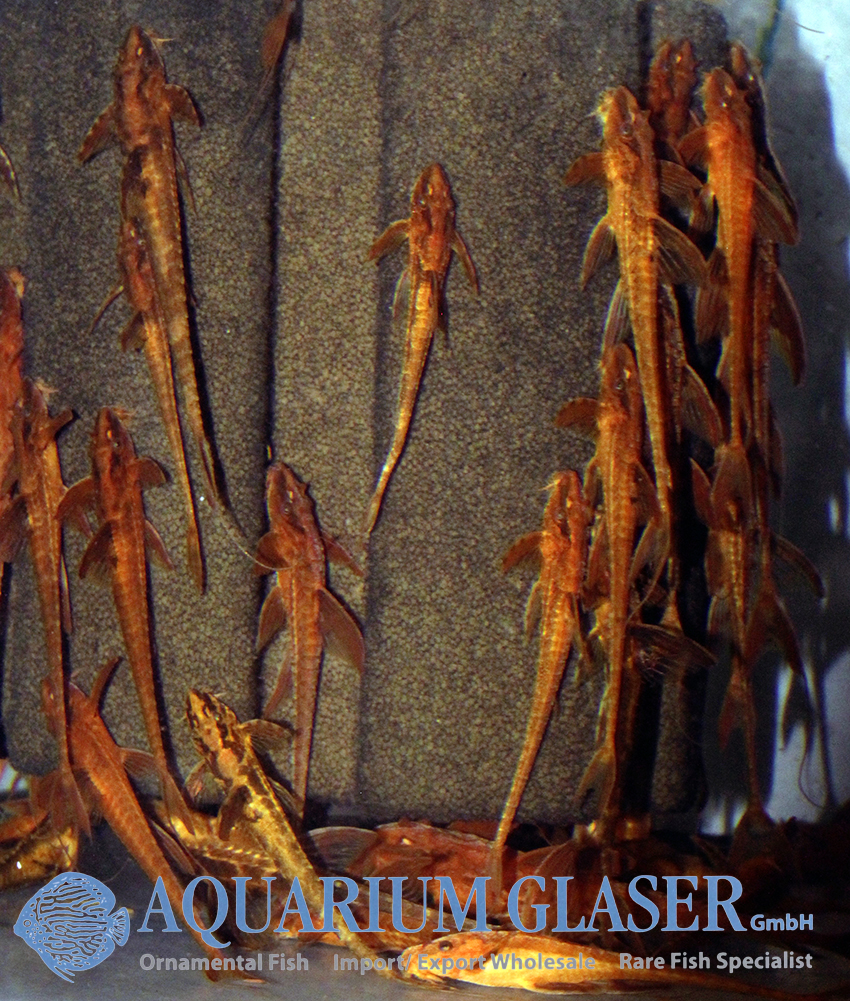 Every detail in the facility shows the practitioner. May it be the way the lamps are placed over the tanks, the devices for the waterchange, details of feeding or filtering: one sees that the motto is: thinking first, doing next. But nevertheless the point of basic interest is the animal. And anyone can see: Kurt still burns for fishes. If a species takes his attention he will not rest until it is „cracked“. The economic success is not of much importance at that stage. A good example is the red whiptail cat. We had by chance a red specimen among our wild collected Hemiloricaria lanceolata from Paraguay. The fish was given along with some regular specimens from the same importation to the breeder we trust: Kurt. And in fact Kurt was able to reproduce the fish and now he has a nice stock of them. Not too long and they will be able to come on the market. In other species, like Biotodoma cupido „Coari“, Kurt was not successfull yet, but tis is, we are sure for that, only a question of time. Kurt´s wife, Monika, also is a fish breeder, but she is also keen for Bromeliads, Tillandsias, Orchids and othher green gems. Kurt and Monika are perfect partners. Otherwise it would not be possible to keep such a large amount of livestock in such a perfect condition. And one thing is for sure: at Jülich´s always „after the project“ is „before the project“. There are plans without an end and – to avoid to become boring – hobbys. For example there is just for fun a large collection of blueberrys – not deep frozen fruits, but the complete bushes! 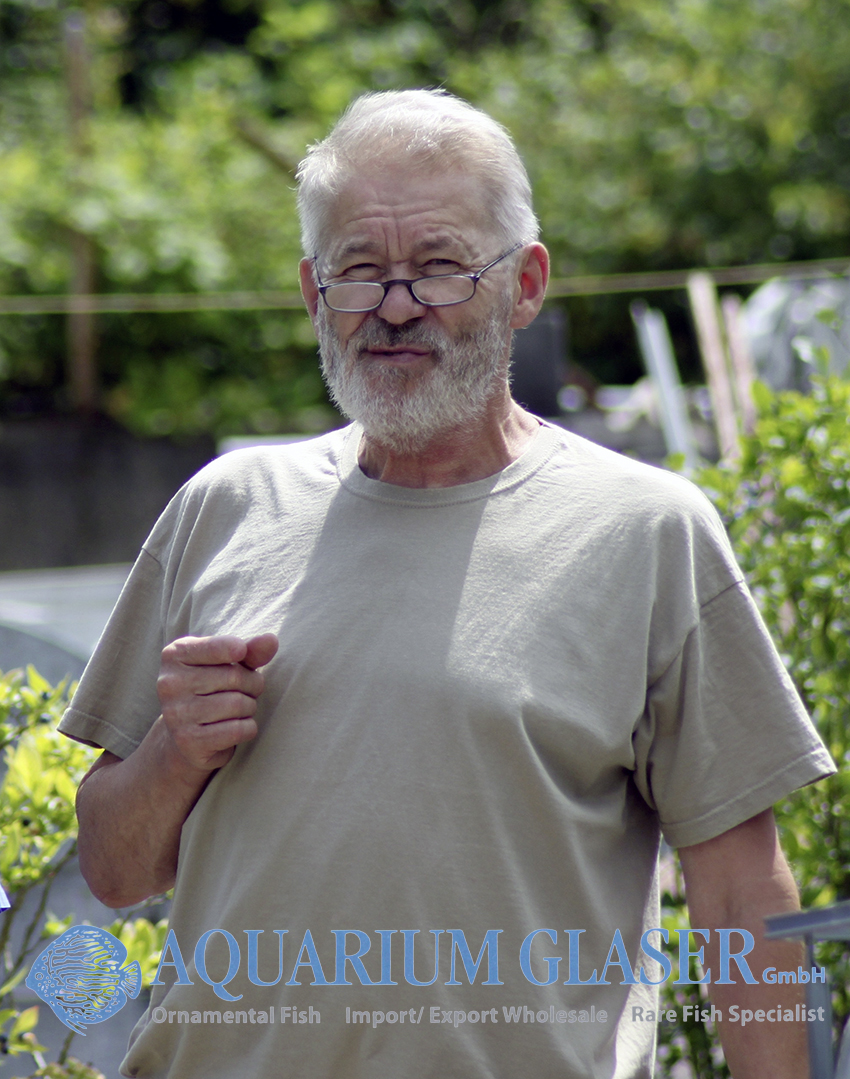 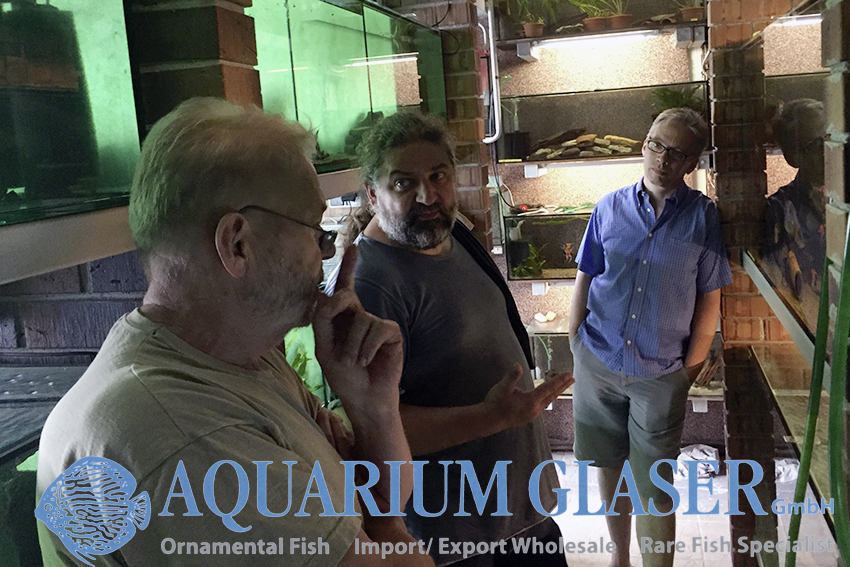 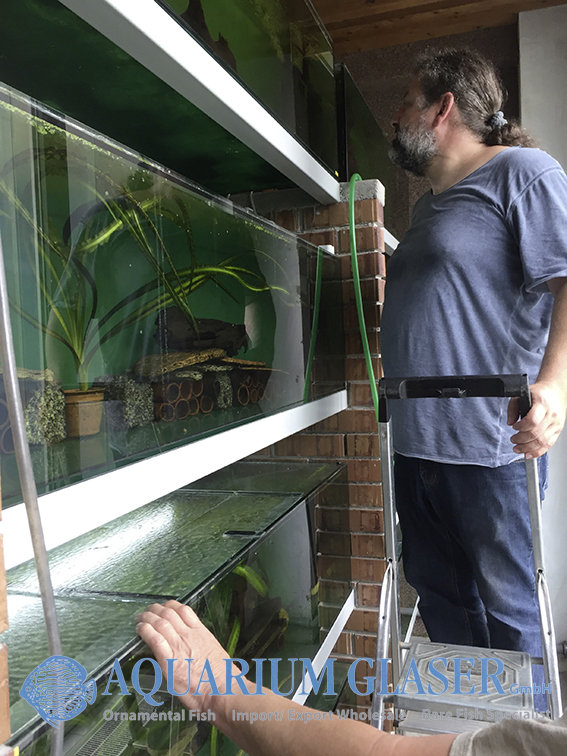 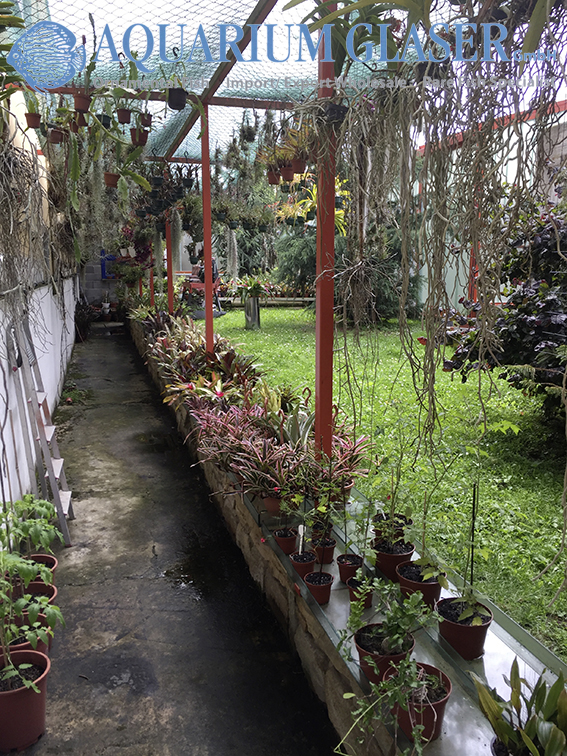 Many plants live outdoors during summer 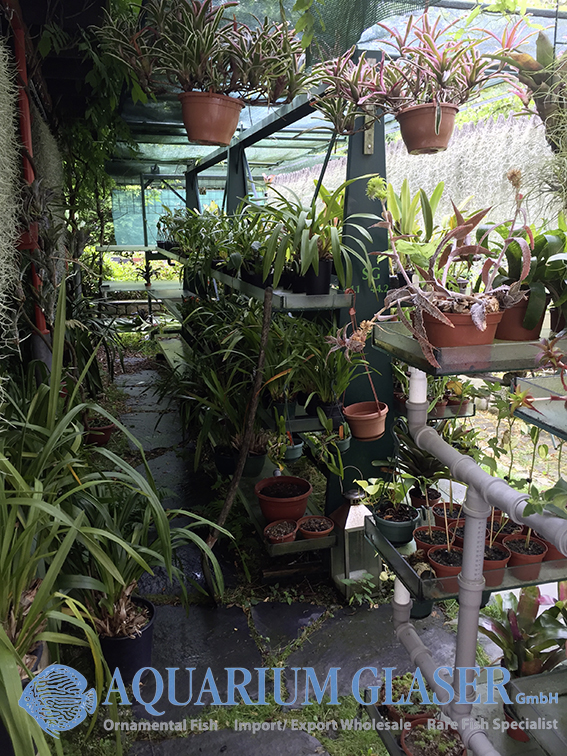 Of course a deep love and respect for ceatures it is necessary to have such a great success in keeping them. But as much important is knowledge. Jülichs are proud that their love for creatures is shared by their children. Both are biologists, the daughter a geneticist with worldwide reputation, the son is a docent in a university in China. But there is no distance great enough to hinder the children to help their parents in case they need help or device!

We enjoyed our vistit at Jülich´s place a lot, not at least the excellent home made food and look forward for all the wonderful fish from this very nice facility.

And here you see a little movie: