The systematics of the wolf tetras from Africa remain unsatisfying. According to the most recent literature there do appear two species in Nigeria, namely Hydrocynus forskahlii and H. vittatus. Both are very similar to each other and at times they were regarded to be mere synonyms. However, currently they are (again) treated as valid species. The most important distinguishing feature is the black seam in the caudal fin in H. vittatus, which is lacking in H. forskahlii. 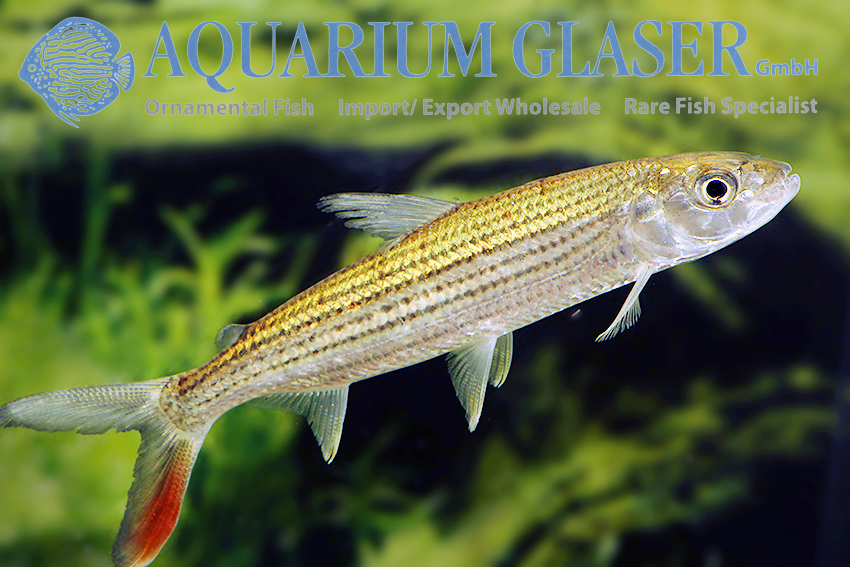 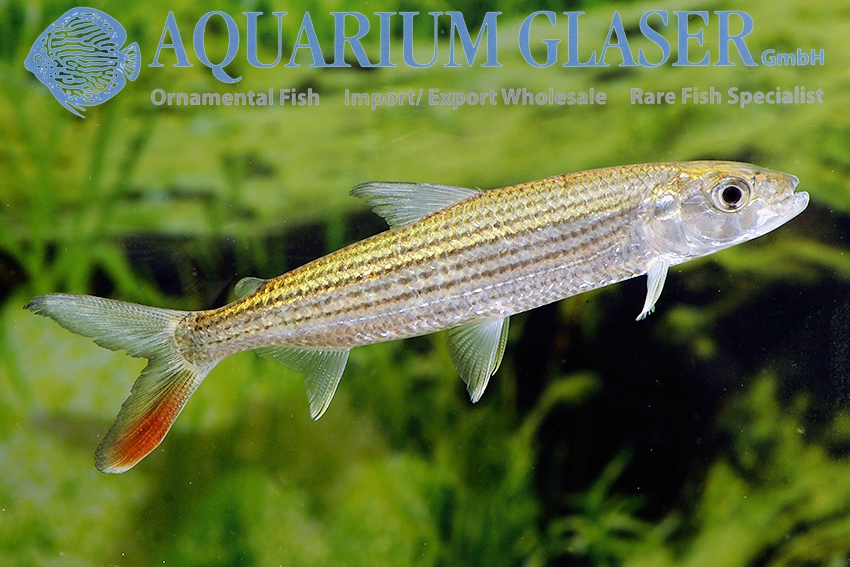 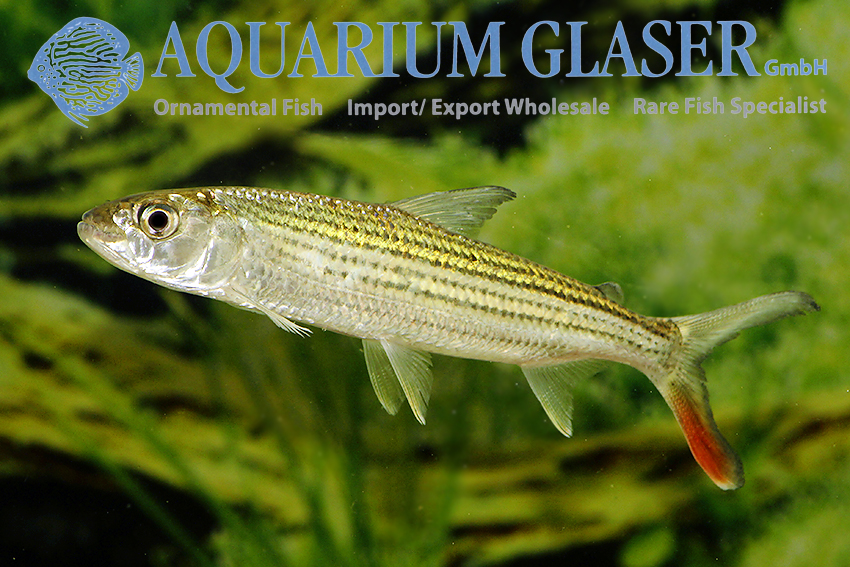 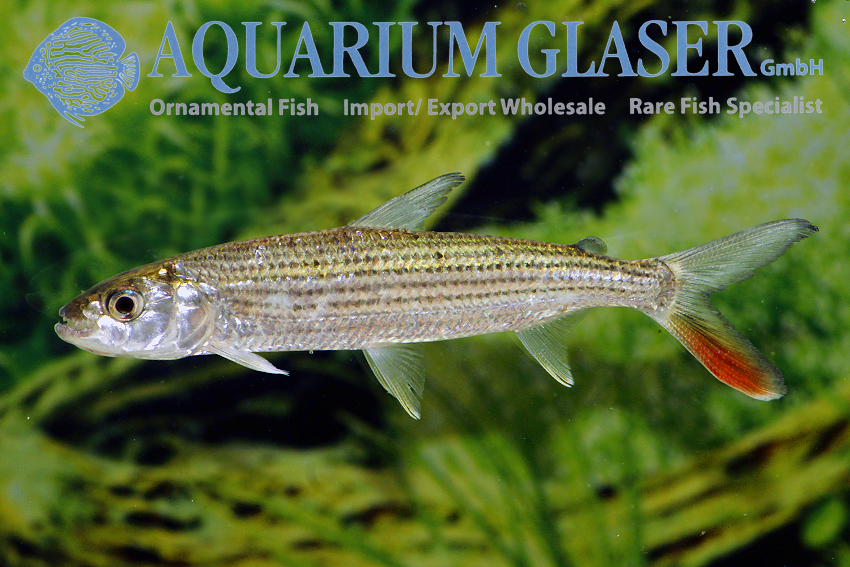 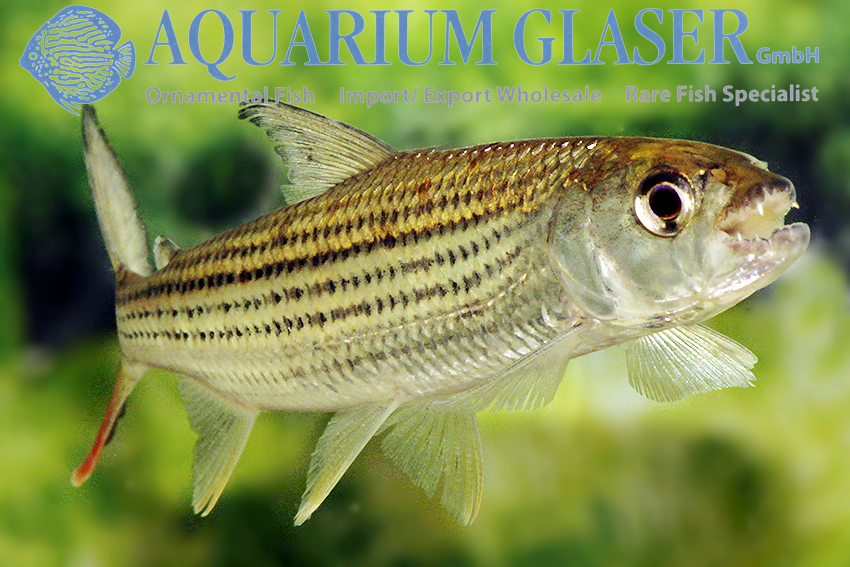 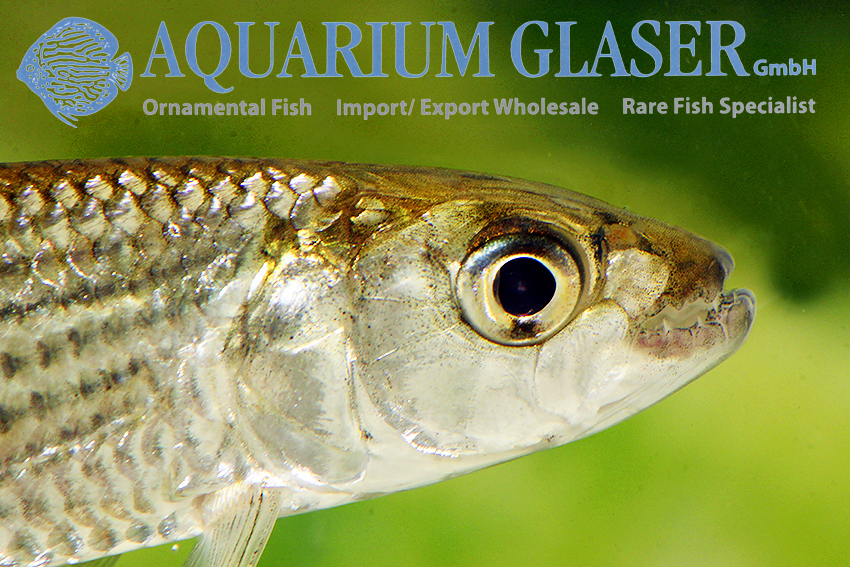 Hydrocynus vittatus is, compared with other species of that genus, comparatively small and becomes „only“ about 60 cm long. Of course this fish is nevertheless only suited for owners of really big tanks. Against conspecifics the fish are rather peaceful, so if one has such a big tank and interest in keeping Hydrocynus it is best to try to keep it in groups. Hydrocynus feed exclusively on fish. Specimens that have adopted to the aquarium readily accept frozen fish.

For our customers: the animals have code 141603 on our stocklist. Please note that we exclusively supply the wholesale trade.