From the Colombian province of Caquetá we occasionally receive a magnificent Geophagus of the surinamensis group, which is obviously a scientifically not yet described species. Three color characteristics are used for the identification of Geophagus of this complex relationship: 1. the shape, position and size of the lateral spot in relation to the eye, 2. the vertical body bands and 3. black markings in the area of the pre-gill cover. The corresponding combination of characteristics of Geophagus sp. “Caqueta” does not correspond to any of the described species.

They are, like most Geophagus of the surinamensis group, beautiful, comparatively peaceful animals, of which we can offer just 5 specimens in a size of 13-16 cm.

For our customers: the fish have code 674486 on our stocklist. Please note that we supply only wholesale.

In very small numbers we have received this beautiful Geophagus as German offspring. The species reaches a maximum length of 20-25 cm and is exclusively found in the inlet of the Marowijne River, the border river between French Guyana and Suriname. One of the tributaries of the Marowijne is the Maroni River, known to cichlid enthusiasts for the keyhole cichlid, Cleithracara maronii, named after this river. The Marowijne and its tributaries are not easy to travel to, ornamental fishers never get there, therefore G. harreri was a pipe dream of cichlid fans for a long time. Only in 1998 traveling aquarists were able to bring some animals from the Maroni and breed them. The description specimens of the species scientifically determined in 1976 were collected by Jean-Pierre Gosse, King Leopold III and Heinrich Harrer. The species was named in honor of the latter, known mainly for his book “Seven Years in Tibet” (made into a movie starring Brad Pitt).

Quite untypical for Geophagus is the central dark vertical body band, which reminds very much of the pattern of Guianacara. The many bright spots show already young specimens. G. harreri is considered to be a bit more aggressive than one is used to from Geophagus, but in the large aquariums, which have to be provided for such a fish anyway, this does not matter much.

For our customers: the fish have code 678103 on our stocklist. Please note that we supply only wholesale.

Currently we have as well larger wild collected specimens and bred ones in stock. G. cf. abalios is a beautful, ovophilous mouthbrooider and originates from Venezuela. The fish have bred in our showroom. At that time they had a total length of about 8 cm, so we initially thought they would represent a dwarf variety. However, in the meantime this initial suspect has been proofed as erranous. The fish are no giants (the photographed adult male is 14 cm long, inclusive the tail fin, but exclusive the prolongation of that fin), but also no dwarfs. So Geophagus cf. abalios can be told a peaceful, beautiful cichlid that is perfectly suited for larger community tanks. 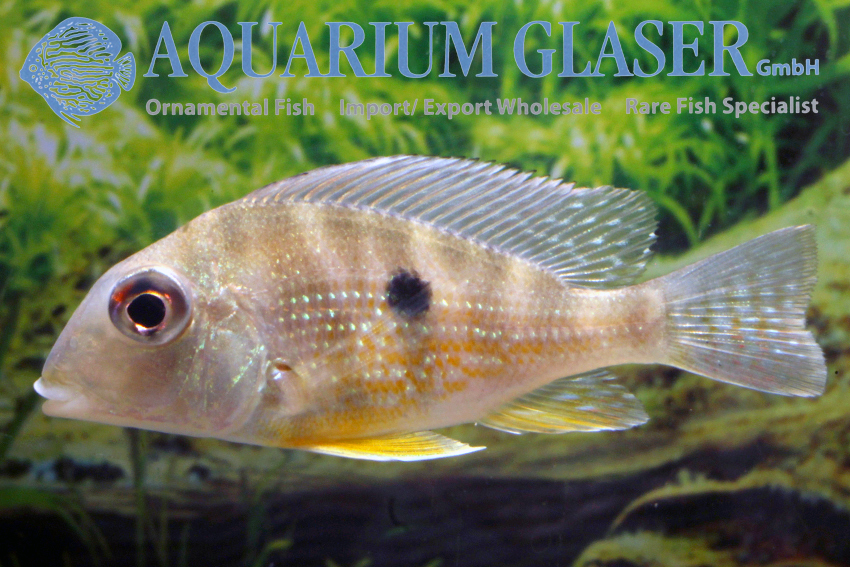 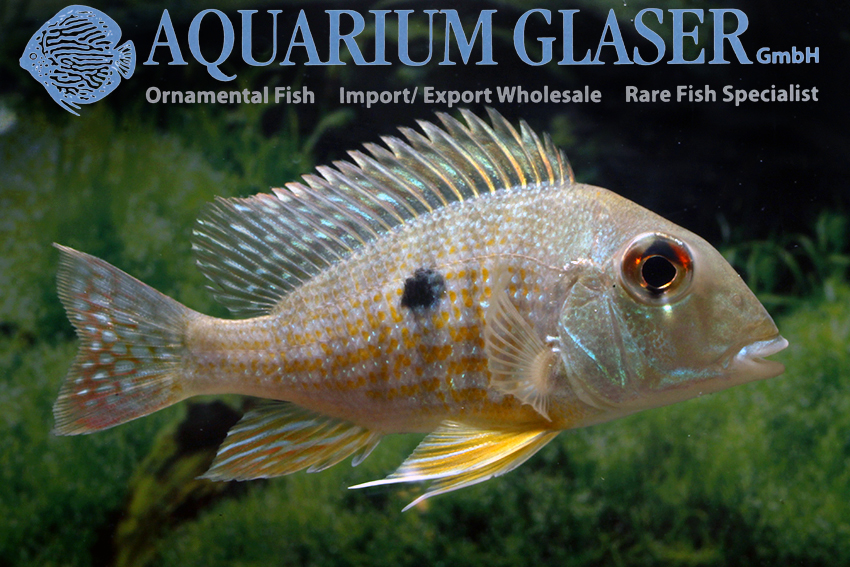 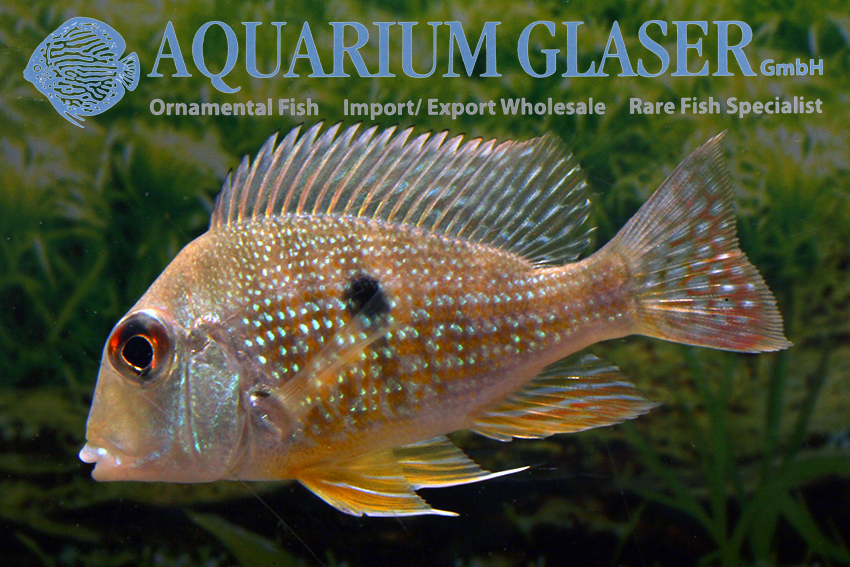 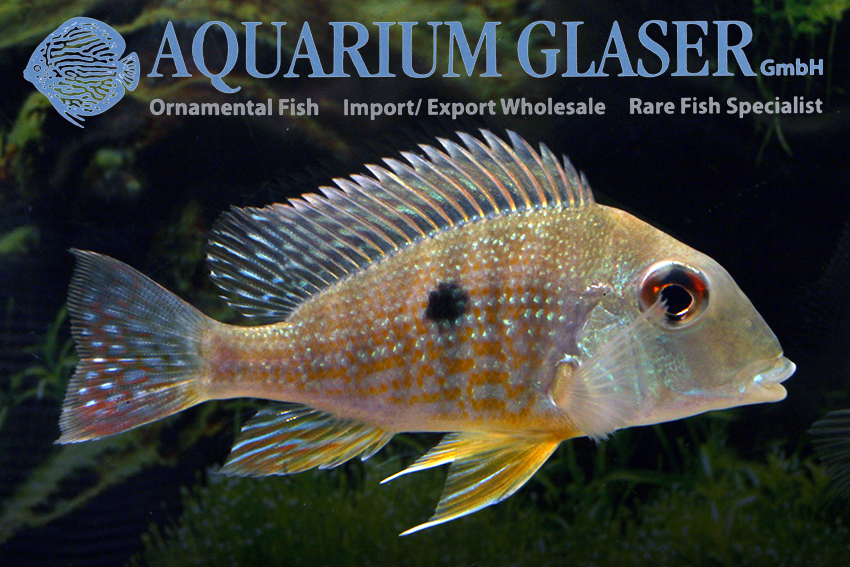 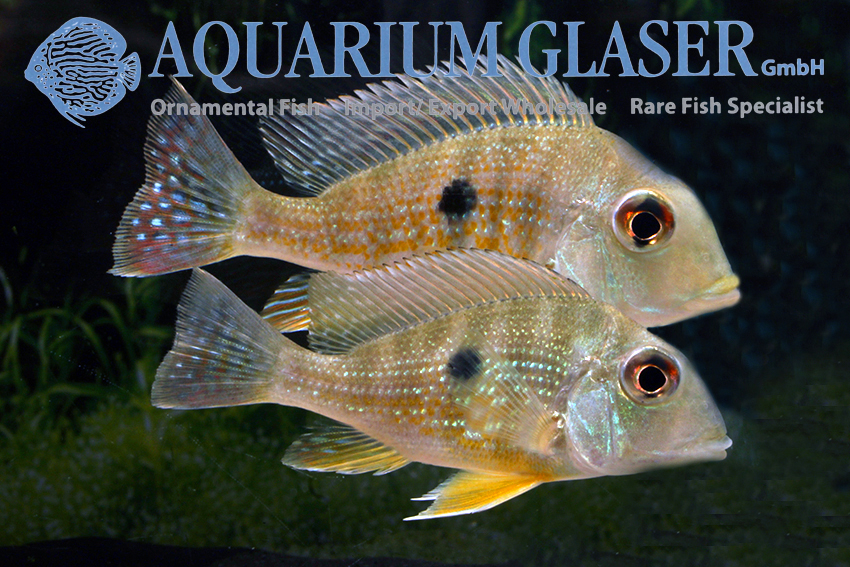 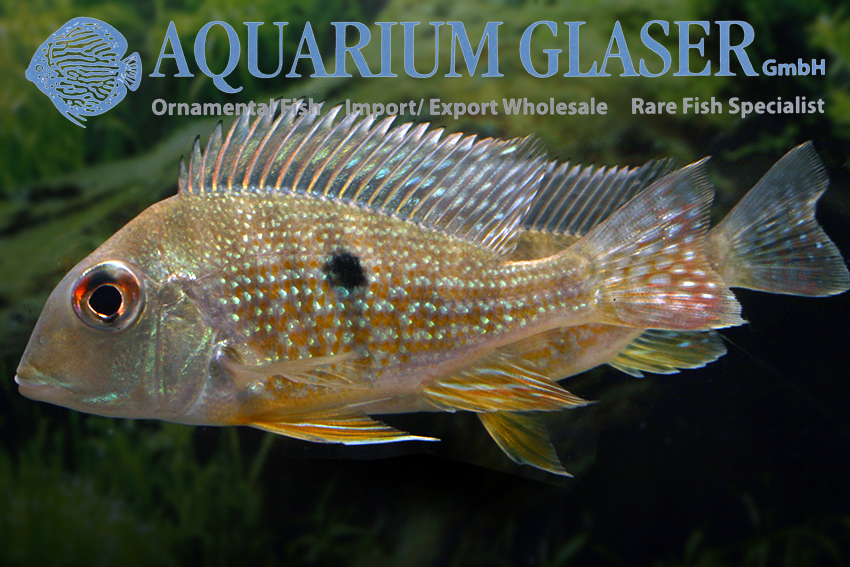 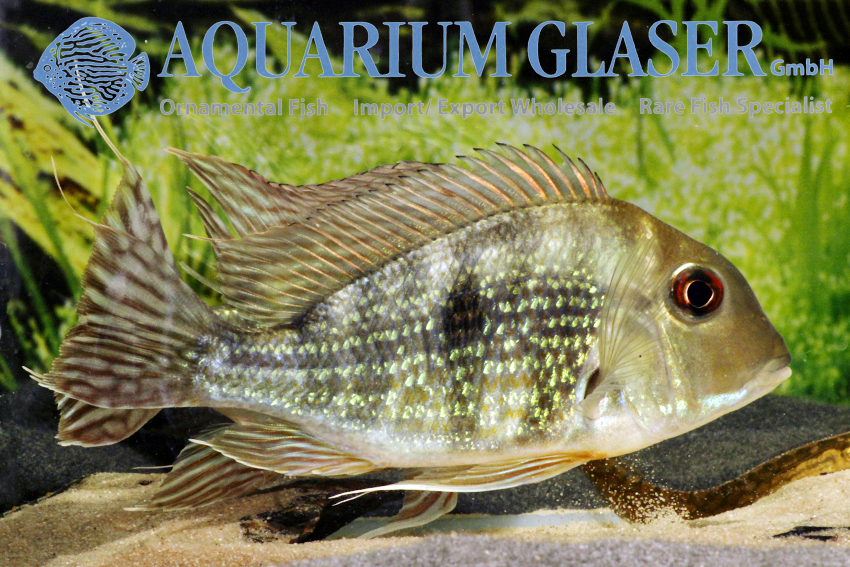 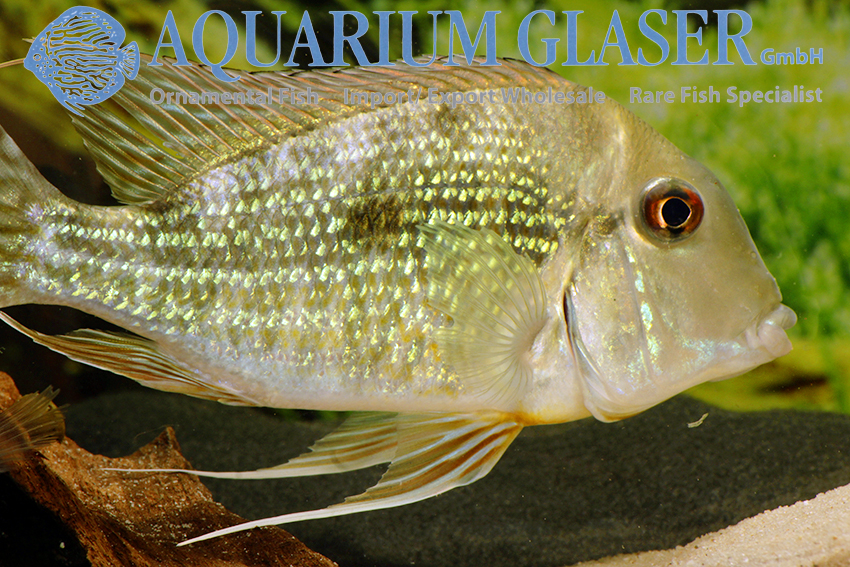 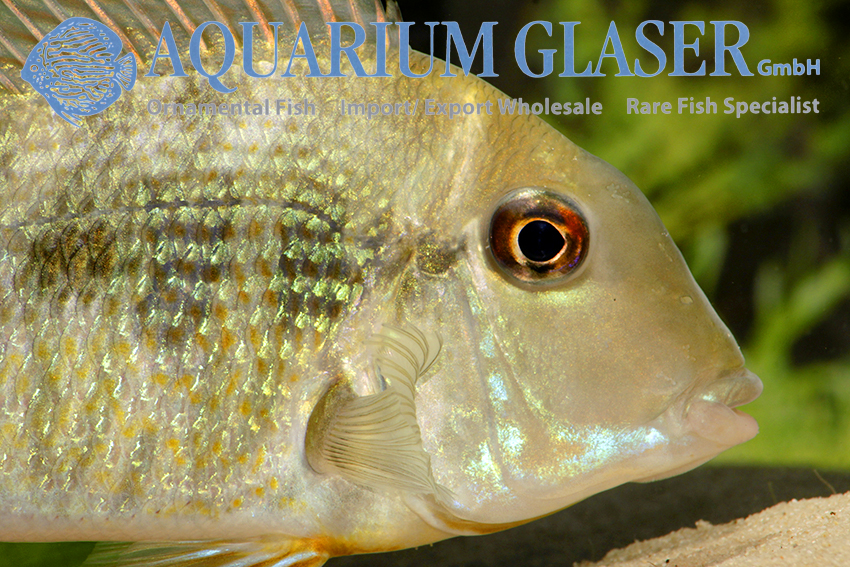 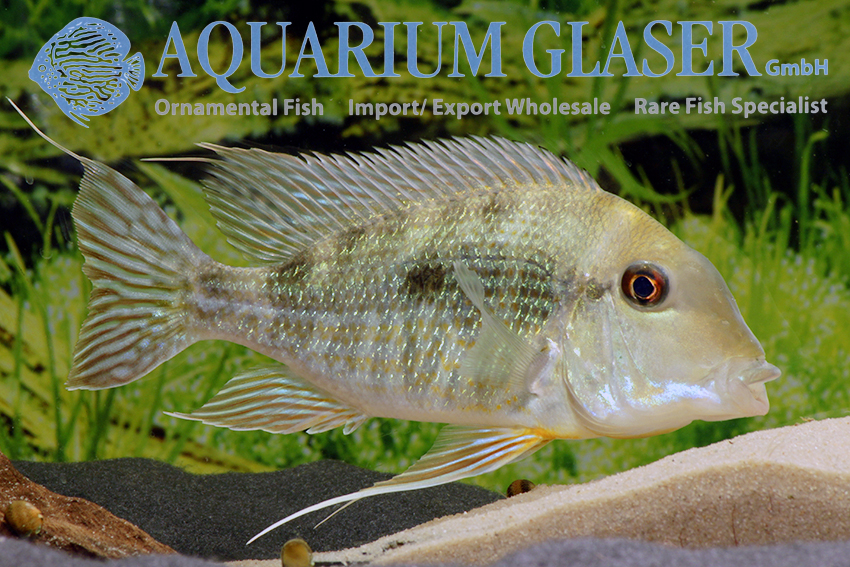 For our customers: the fish have code 677554 (wild ones) and 677562 (bred ones) on our stocklist. Please note that we exclusively supply the wholesale trade.