Since its scientific description in 1980 this dwarf cichlid is subject of an ongoing debate among keepers and breeders of Apistogramma. Some think that A. gephyra is a mere variety of A. agassizii, others defend its status quo as a separate species. Most likely both parties are right. There can be no doubt that A. gephyra and A. agassizii are very closely related forms that parted from a common ancestor only quite recently. If they already represent different species or still the same is finally a question of personal taste. 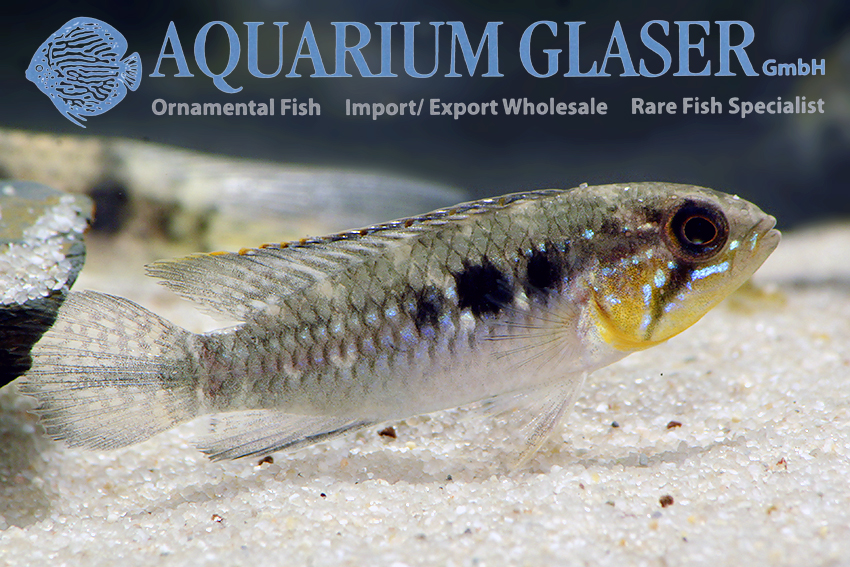 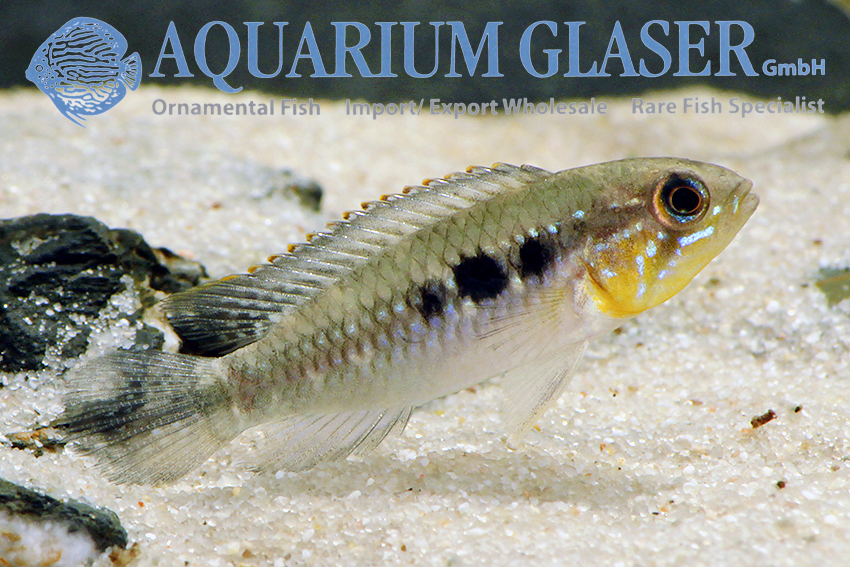 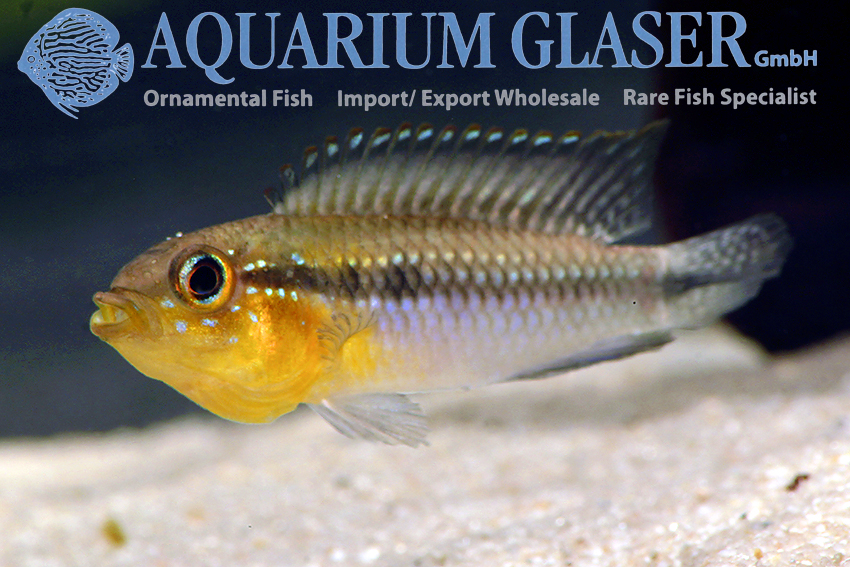 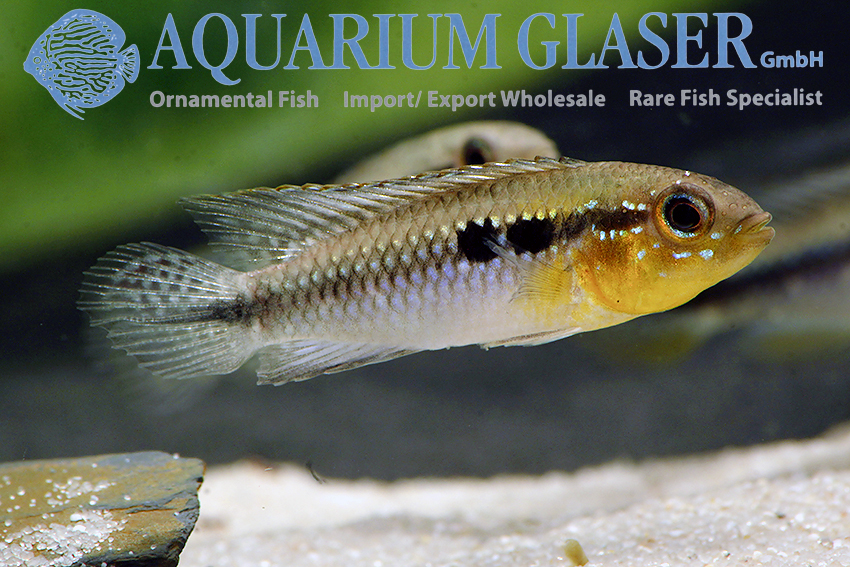 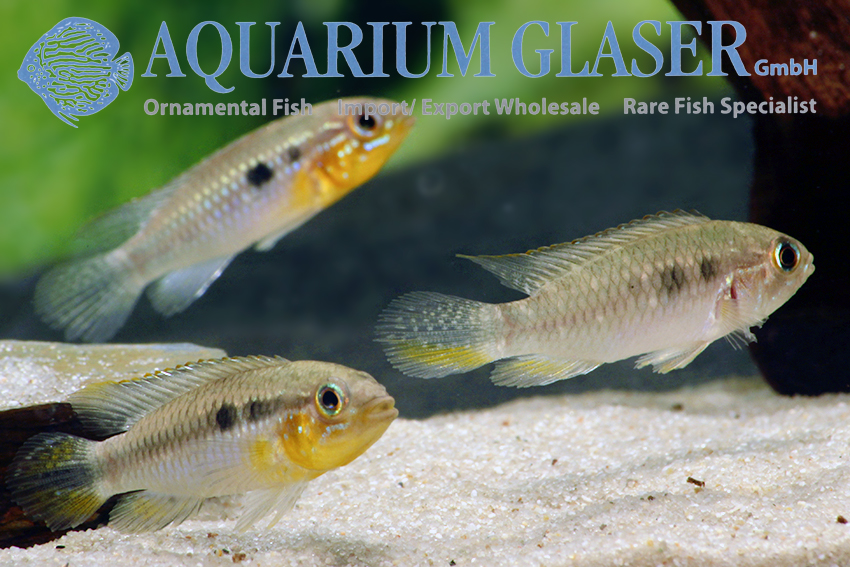 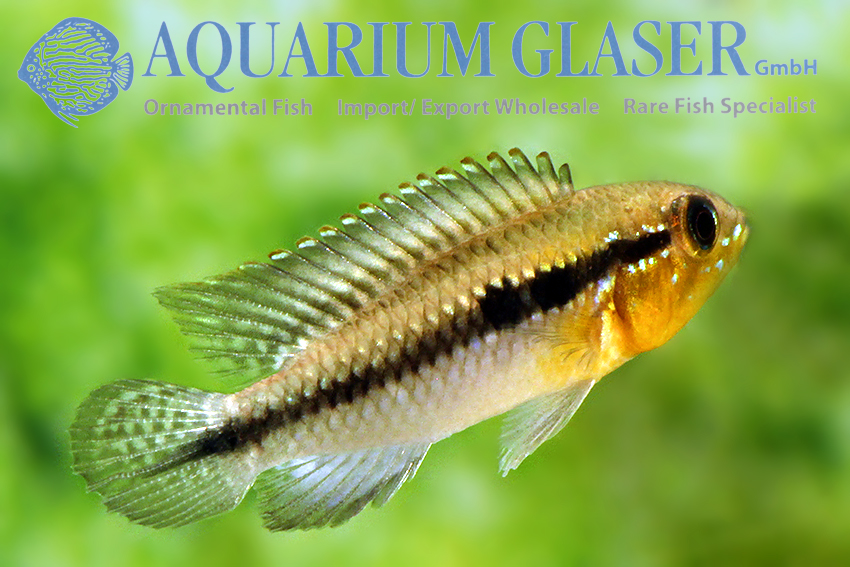 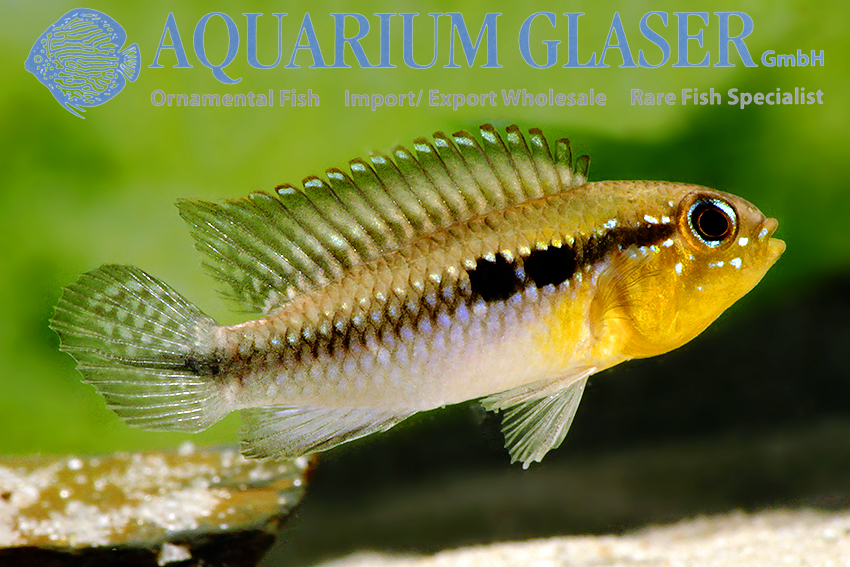 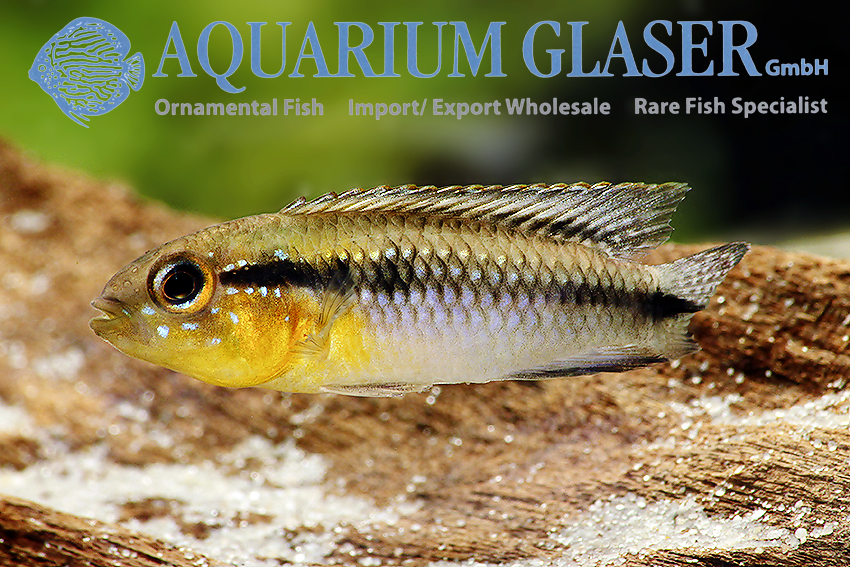 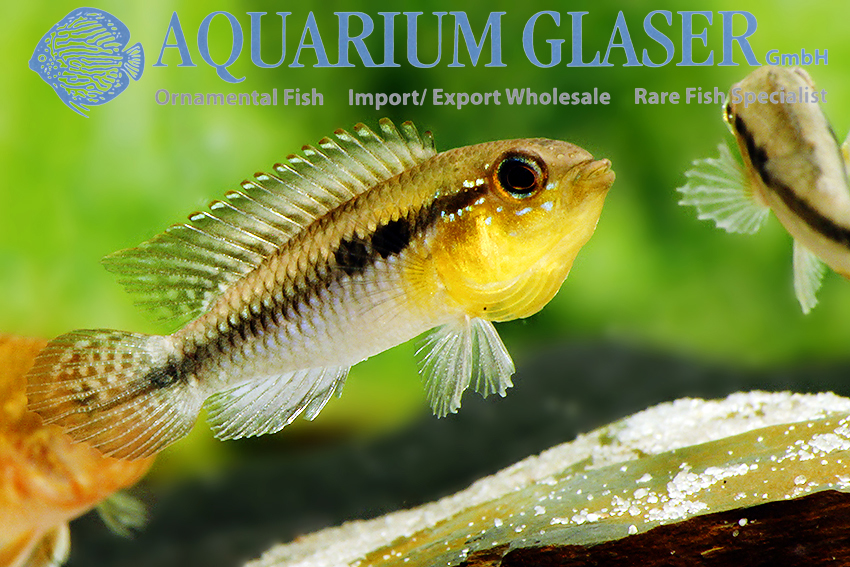 Here in the wholesale trade we use a quite simple coloration-feature to tell both species apart, because this feature has proofed to be very reliable: only A. gephyra has a red seam along the dorsal fin edge. Mid-january we obained a shipment of young, about 1,5 cm long Apistogramma from Brazil. They showed a peculiar feature that we had observed so far (at least knowingly) only in one species from the Rio Negro, namely Apistogramma elizabethae: under stress the longitudinal stripe vanishes and a double-spot becomes visible in the first third of the body. In all other known species from the Rio Negro there is only one spot or a totally different pattern.

However, our new imports did not really look like A. elizabethae. So we decided to wait a bit. In mid-february, the largest males showed their mating colours. They are in fact Apistogramma gephyra!

For our customers: the fish have code 629502 on our stocklist. Please note that we exclusively supply the wholesale trade. As they fish are still quite small we cannot exclude the possibility that other species of Apistogramma are mixed in as bycatch.