Most often this bizarre mormyrid is kept as a single specimen. This is due to the fact that small groups of this fish most often don´t do well in a long time sight and they can perform mobbing against each other even to death. However, in the wild these up to 30 cm long, but rarely longer than 15 cm found animals form sometimes really large schools. In our facility they are kept in groups of about 50 animals in tanks of 200 x 60 x 60 cm. Here the elephant fish forms schools and shows a schooling behaviour as it is hardly seen in any other fish in the aquarium. 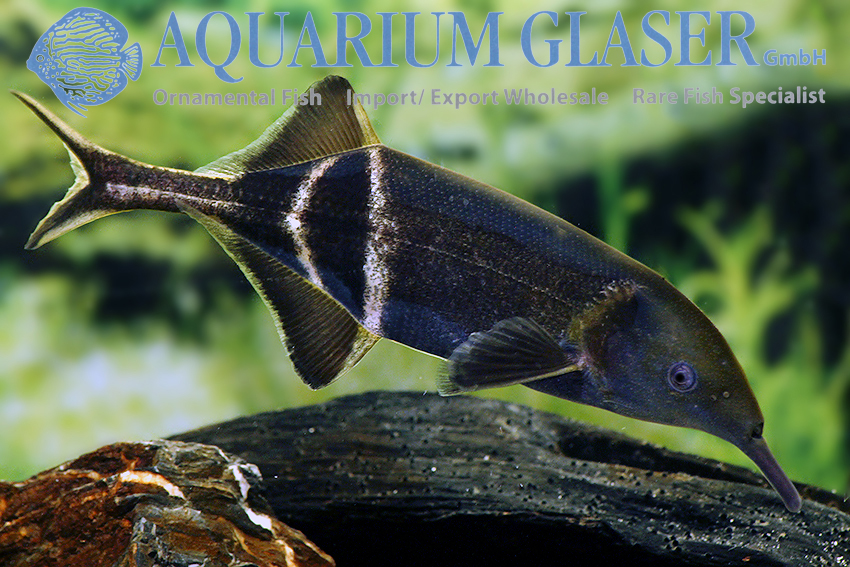 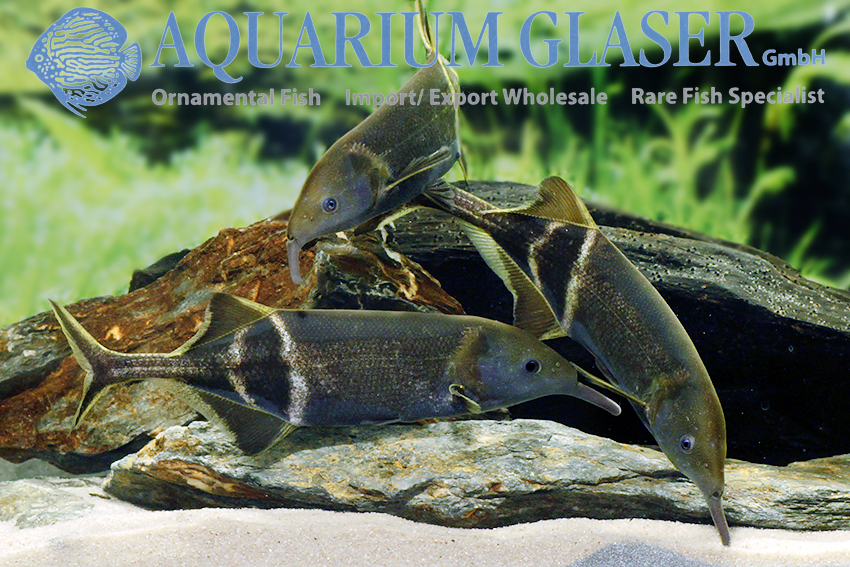 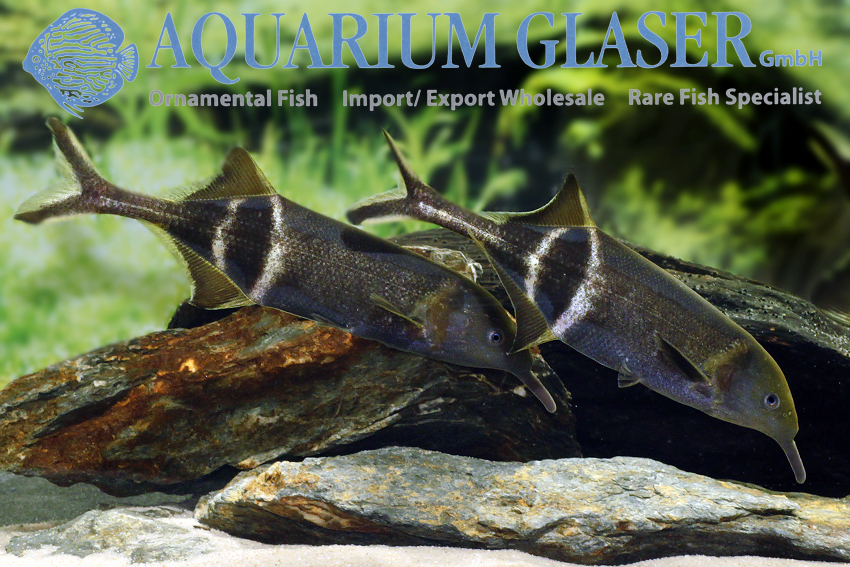 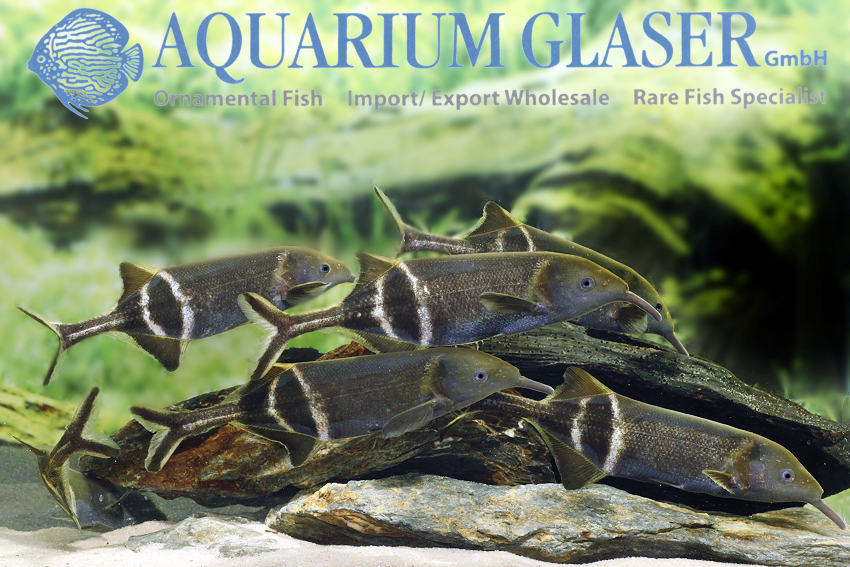 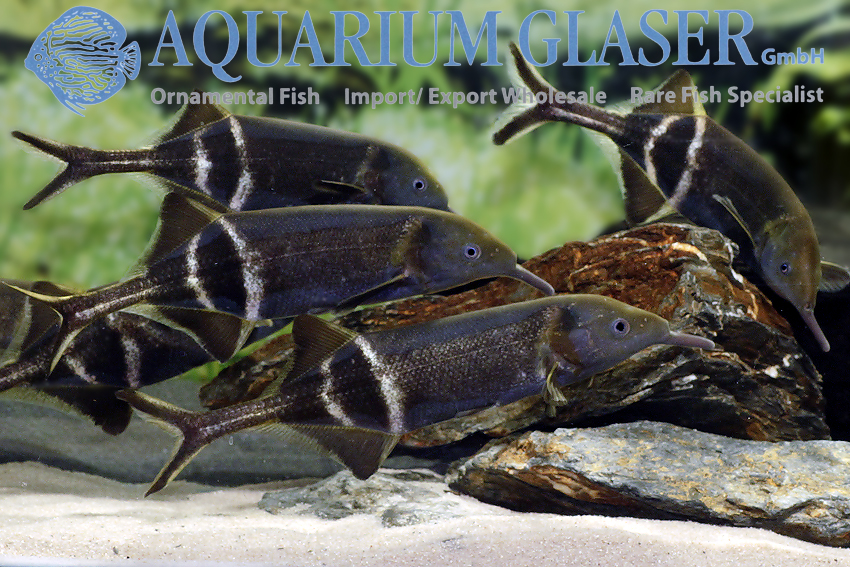 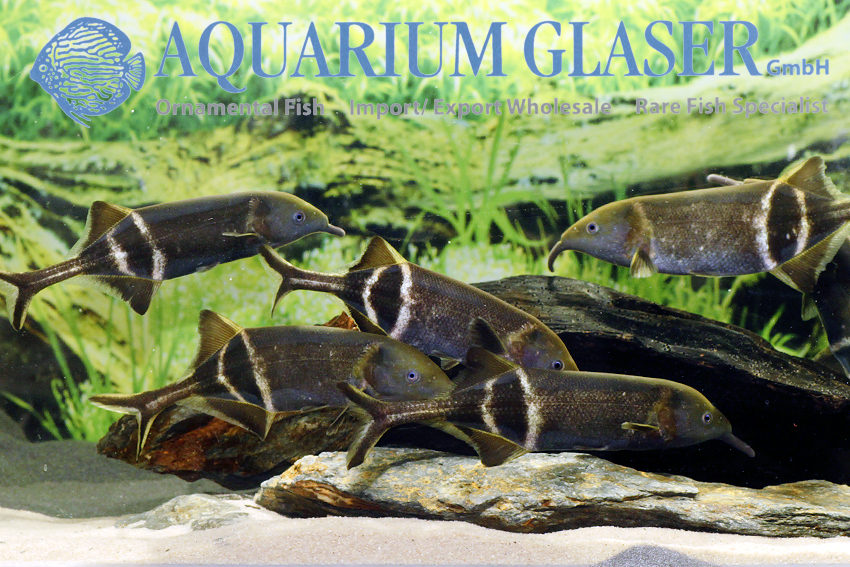 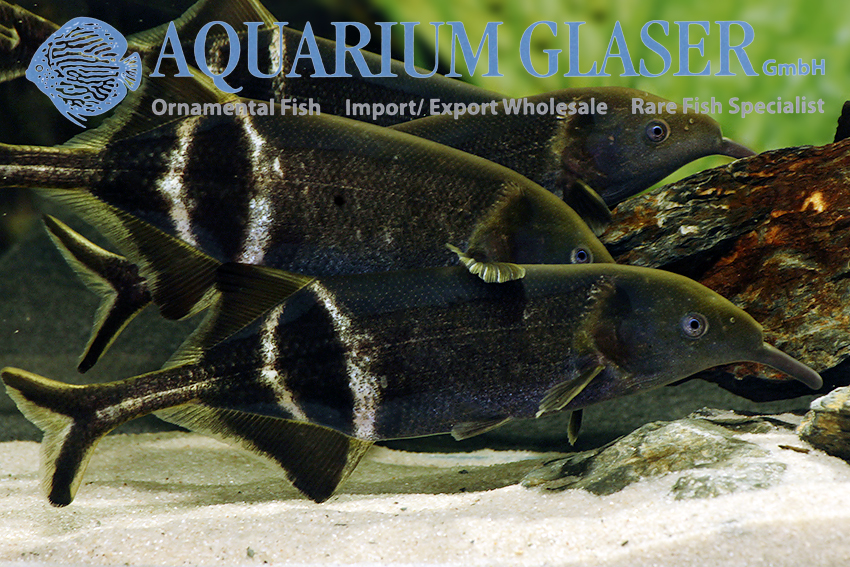 The term “rare” is – as anybody knows – much a matter of subjectivity. As
far as small species of fish are concerned, “rare” can mean that they
are only rarely collected, or that they are hardly ever exported or
imported, respectively, or that they are hardly ever kept in aquaria.
“Rare” hardly ever means in that context “there do exist only a few
specimens in the world”. This would be nonsense in almost all cases, for
small fish are always part of a food chain and are placed here in the
very beginning. So even species that are seldom or never seen in the
trade do exist in large populations of millions and millions of
individuals in the natural habitat.* Things are different in the animal we want to introduce to you today: a
golden-yellow, wild collected specimen of Gnathonemus petersii, the
elephant nose fish. The species itself is anything but rare. We can
offer it the whole year through and for moderate prizes. There are
almost anytime as many specimens available as needed. I many parts of
the enormous range the species inhabits it is a common food fish for the
poor, because it is abundant and cheap. But a fishermen in Nigeria can
catch every day hundreds of elephant nose fish and will most probably
never in his lifetime see a golden specimen. It is very likely that the
fish in our fishhouse is the only live specimen of golden elephant nose
fish on the planet that exists currently. And yes, we think that this
can be called “rare”…. This rarity lives happily in the aquarium like any other normal elephant
nose fish. It communicates with conspecifics in many ways, for elephant
nose fish are comparatively intelligent fishes. A part of the pictures
show our “goldie” – which is most probably a male – in company of a
normally coloured female. Both are about 12 cm long.

*For the purists among our readers: yes, of course, we know about the types
of killifish, loach, and cave fish that inhabit only a single spring or a
single hole in the ground. And of course we know that there can exist
only a few hundered specimens per population due to the extremely small
habitat. But these are really rare exceptions from the rule and do not
falsify the basic statement.

For our customers: the fish has code 133563 on our stocklist. Please note that we exclusively supply the wholesale trade.