It is very difficult to determine gold tetras. The golden coloration is the skin reaction on a harmless infection with a parasite. If a tetra feeds the faeces of a fish-eating bird that contains the eggs of the parasite – a worm – in the intestine of the fish the eggs hatch and the larvae of the worm encapsulate in the muscle tissue of the fish. Their presence cause the production of the golden colour in the skin of the fish. Such a golden fish can be spotted much better than a normally coloured animal by a fish-preying bird.  The opportunity for the parasite to find the final host – the bird – grows. If such a golden fish is really eaten by a bird the encapsulated larvae become active again, grow to adult specimens, mate and produce eggs that leave the bird with its faeces. So the circle becomes closed. If the golden fish are not eaten they have no disadvantage against normally coloured conspecifics. This is prooved by decades of experience with golden tetras in the aquarium. The golden ones also become as old as normal tetras. 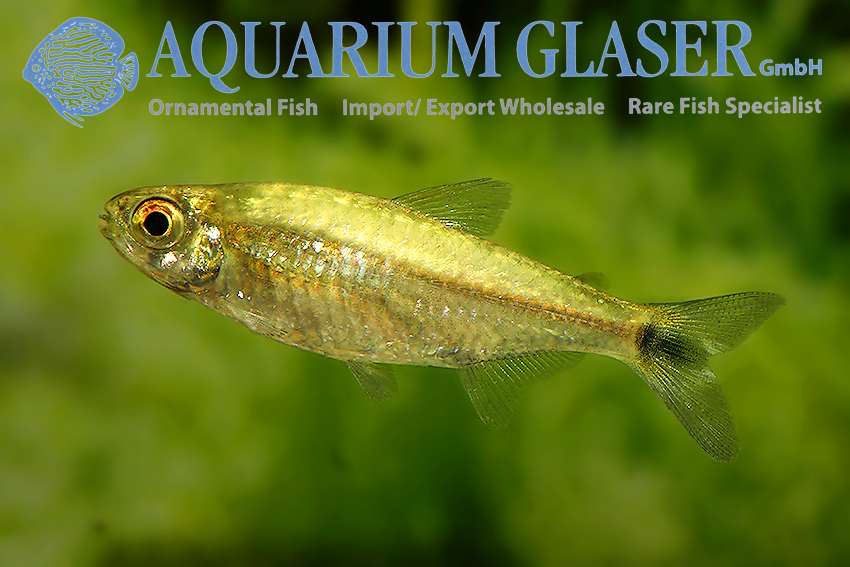 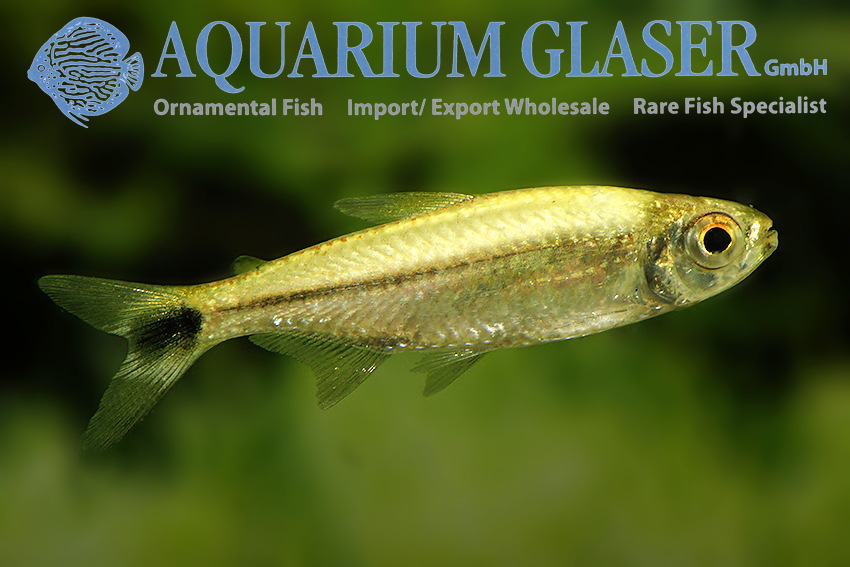 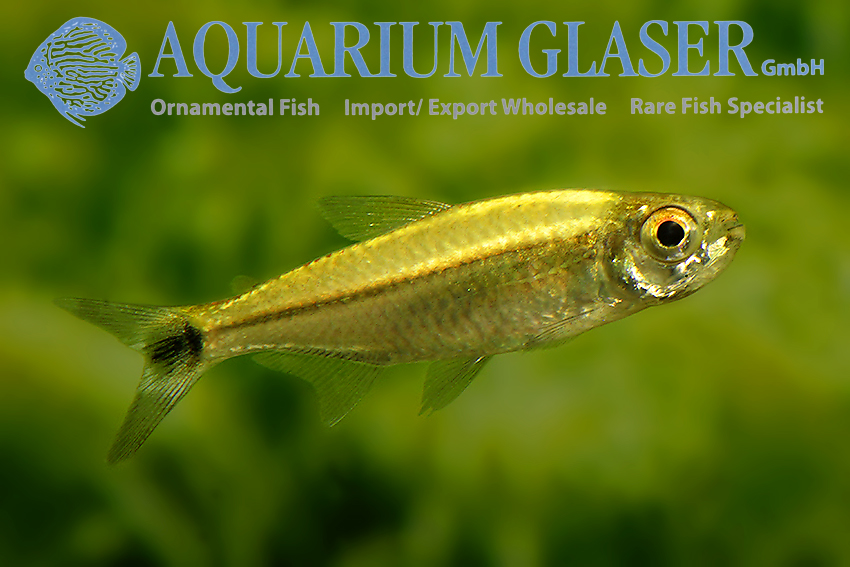 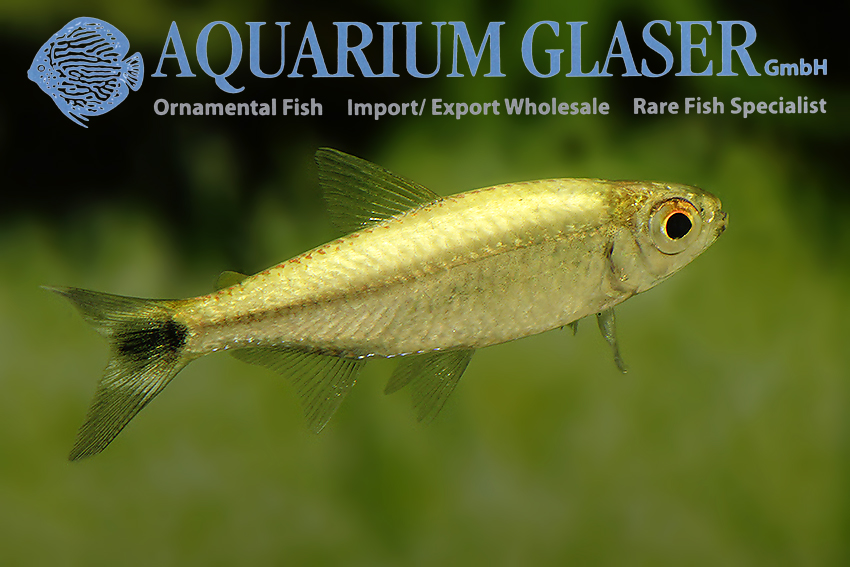 Initially only one species of golden tetra became known to science eg the the golden form of Hemigrammus rodwayi. As the true nature of this golden gloss was then unknown the fish were described as a species on their own, Hemigrammus armstrongi. The golden gloss covers a great number of pattern that is usually indispensable for determining a species. Today we know a great number of golden tetras belonging to a vast number of different species, although they usually appear only as single specimens in most species.

We obtained a good number of large, 4-5 cm long gold tetras from Brazil. Initially we were not able to identify the species. The shape of the body and the presence of small hooks on the anal fin of the males (which sometimes entangle in the meshs of a net) made it very likely that the species belongs to the genus Hemigrammus. When the light comes from behind, a golden line is visible that is runnung all over the body, similar as it is seen in the glowlight tetra, Hemigrammus erythrozonus. After some days of settlement the fish developed a pattern in the tail fin as it is known from the species Hemigrammus levis. However, most probably a number of species hides behind what is currently termed „Hemigrammus levis“ scientifically, but our capabilities to determine the fish more exactly are depleted now.

Hemigrammus levis becomes 4-5 cm long and is a peaceful schooling fish, comparable to the rummy nose tetra. So our new imports can be recommended as gorgeous inhabitans for community tanks with South American fish.

For our customers: the animals have code 256703 on our stocklist. Please note that we exclusively supply the wholesale trade.