Sadly this beautiful dwarf cichlid is only occasionally available, but currently we were able to import once more beautiful, fully grown specimens. The fish display all the behaviour that makes the keeping of these fish so desirable. Like its close relative A. uaupesi, which differs from A. iniridae mainly due to the lyra-shaped caudal fin in the former species, the males are displaying their sailfin-like dorsal fins in harmless hierarchy fights – a wonderful look. 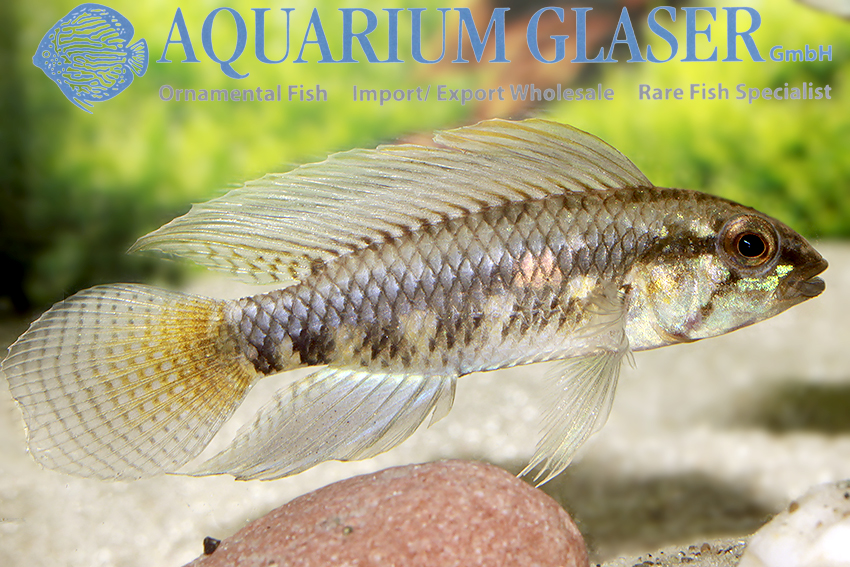 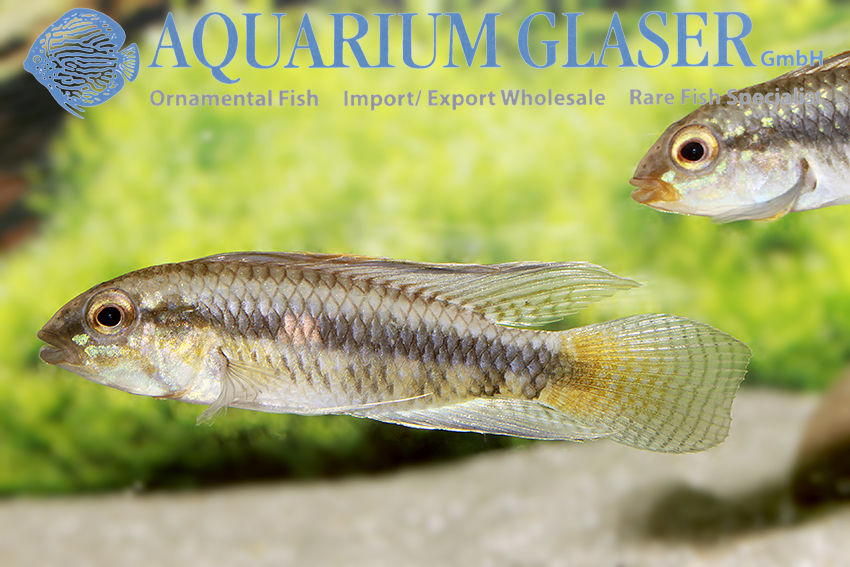 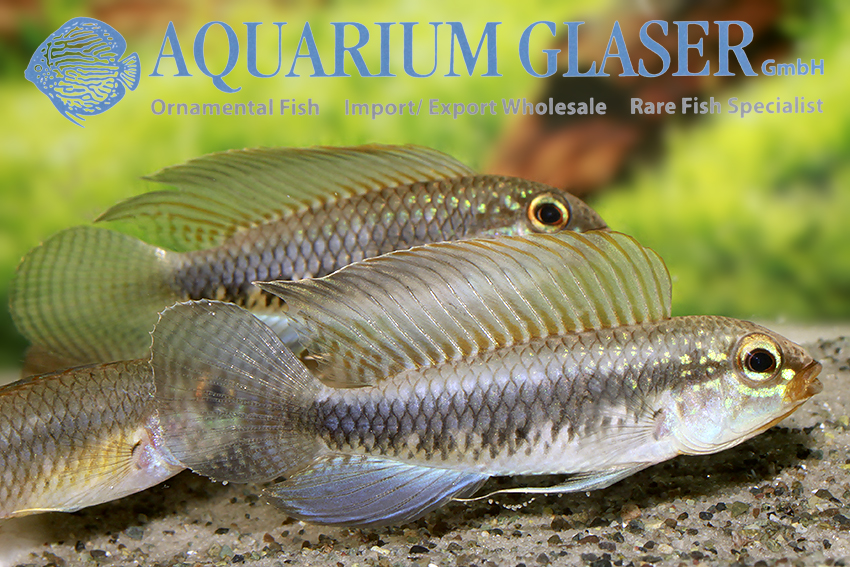 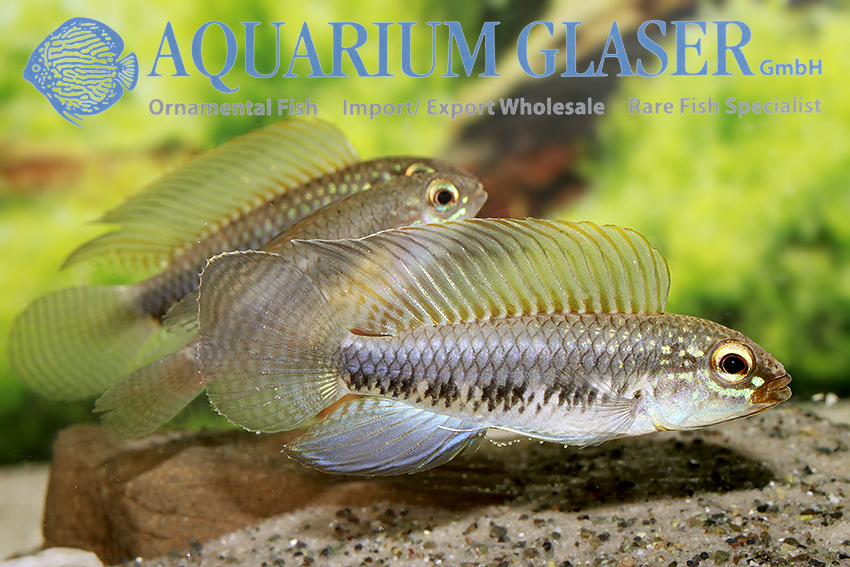 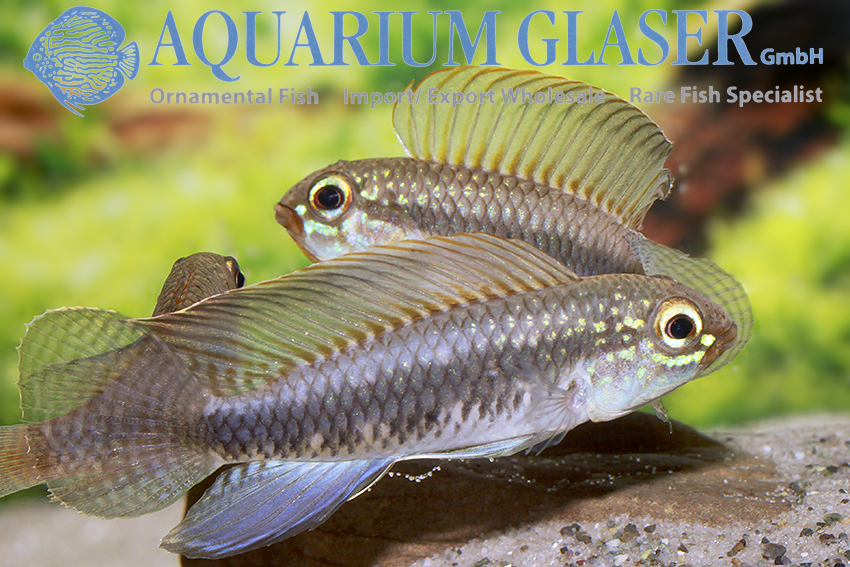 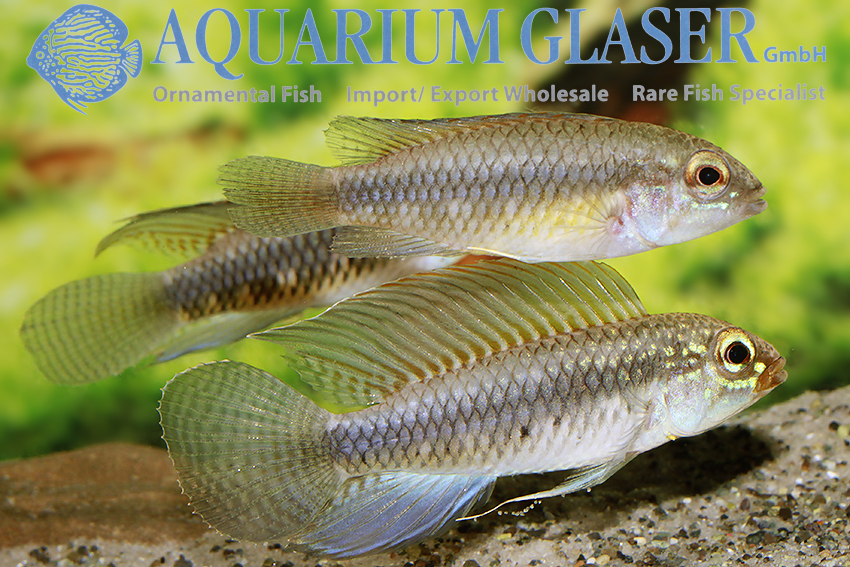 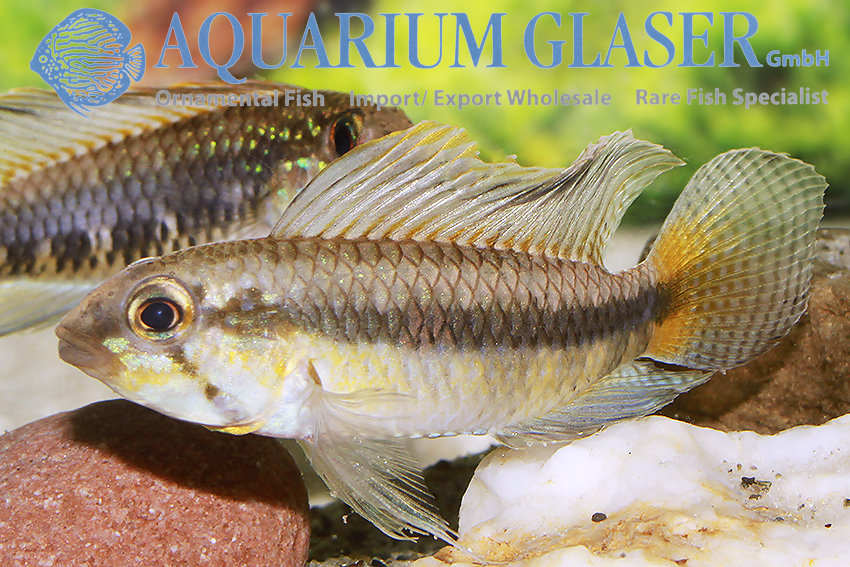 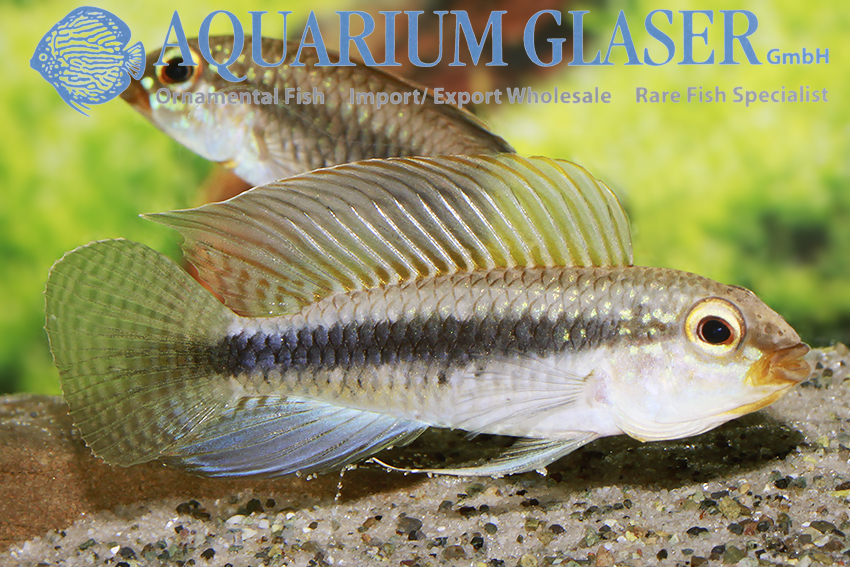 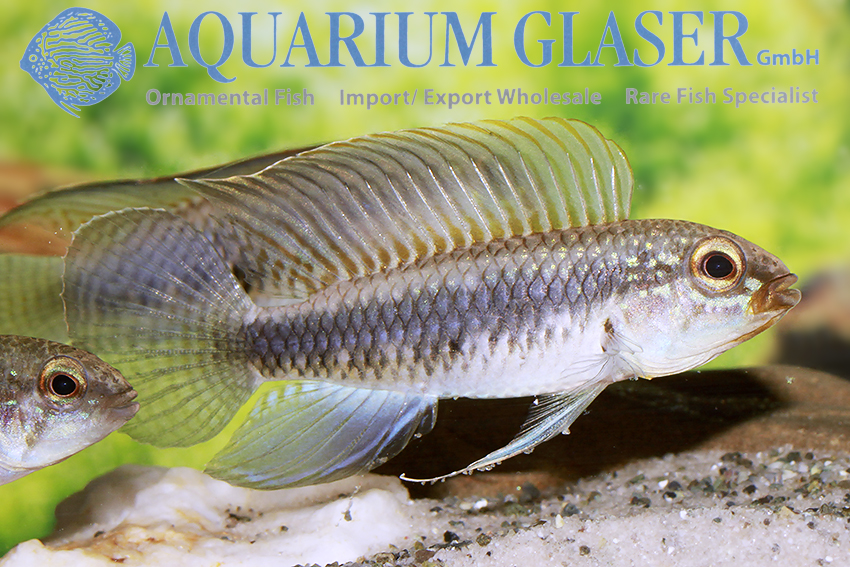 As in most Apistogramma species, the coloration is quite variable. There are specimens with much orange (mainly in the caudal fin), others look rather blueish. This does not represent different populations, but the different colour varieties live side by side.

This up to 7-8 cm long species (females always stay 2-3 cm smaller than the males) should be kept in soft, acidic and warm water (26-30°C). They feed readily on any type of frozen and live food. The females can become very aggressive against the males during broodcare, so it is best to keep the fish in well planted tanks that have a lot of hiding places.

For our customers: the fish has code 622554 on our stocklist. Please note that we exclusively supply the wholesale trade.