Lyretail swordtails are a sport of Xiphophorus hellerii and rather difficult to breed. Usually only the females can be used for breeding. They need „normal“ males for mating, because in most Lyretail males the fin that is used for insemination in livebearers, the so called gonopodium, is much prolonged and useless. Among ornamental fish breeders the word of „playing Mikado with cooked spaghetti“ is well known… If one uses „normal“ males for breeding Lyretails only a part of the offspring has the Lyretail phenotype. This is the reason why Lyretails are usually more expensive than other sports of the swordtail. 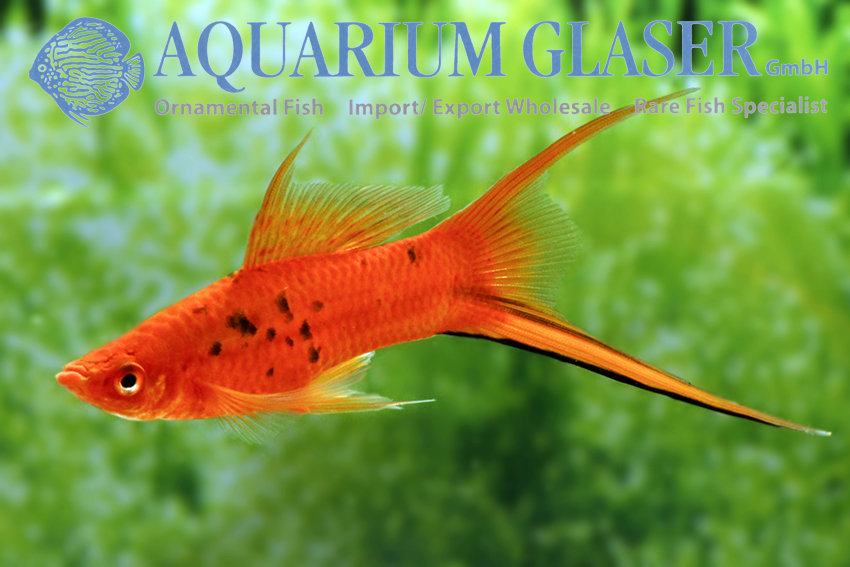 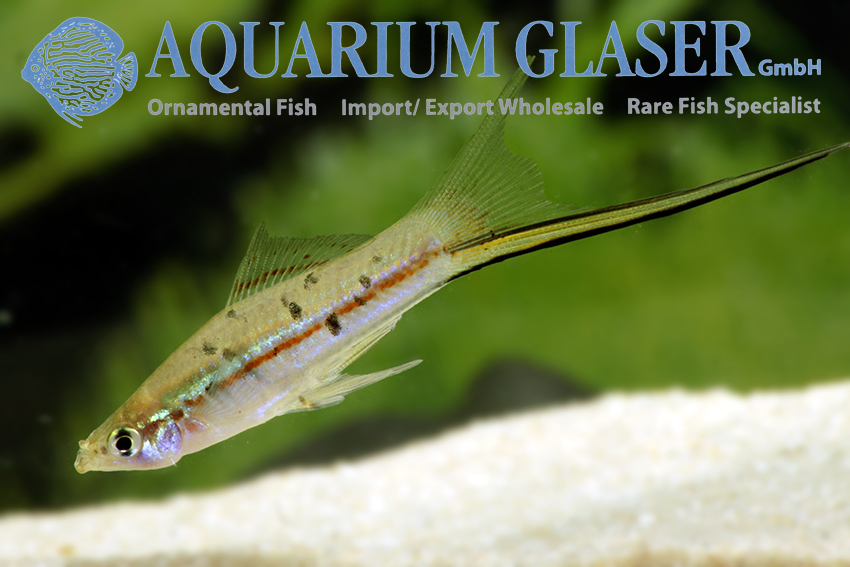 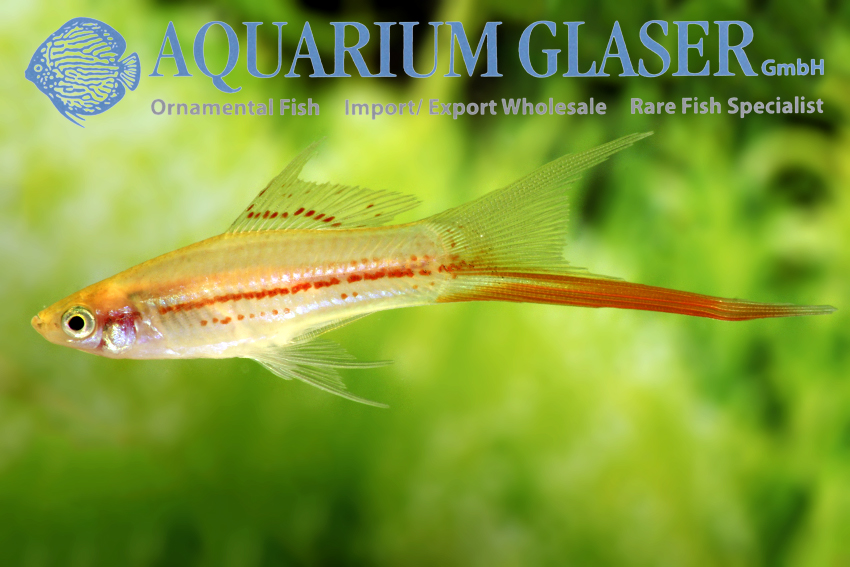 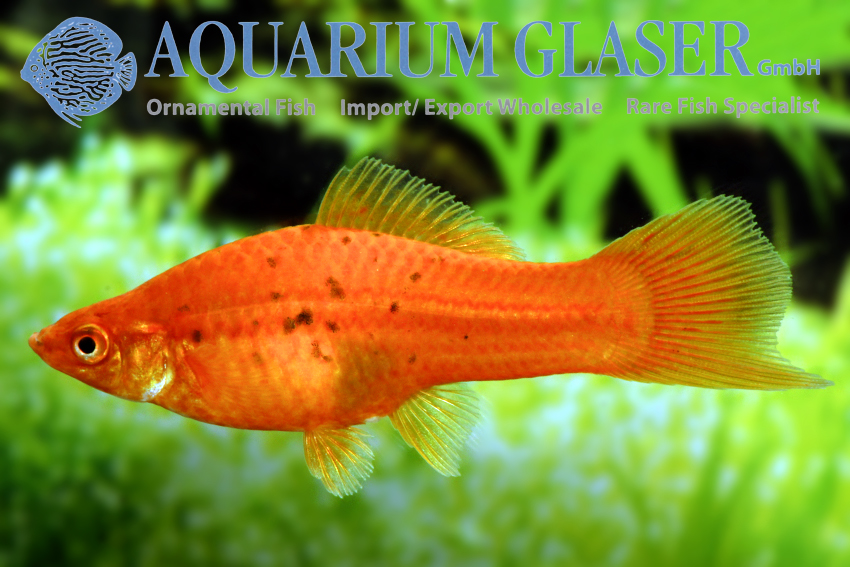 But very rarely Lyretail male swordtails appear that have polonged fins, but a normal gonopdium. These are called „King Lyretail Swordtails“. Dieter Bork has bred King Lyretails for us that are already offspring from King Lyretail fathers. The latter have been selected by us from imported Lyretails. Most of the fish belong to the sport „guentheri red“, but some other sports are also among our fish. The King Lyra females usually develop a small sword when fully grown.

The King Lyra swordtails we currently have in stock are most probably the very first ones that appeared in the ornamental wholesale trade at all, they are a real top-rarity!

For our customers: the fish have code 420823 on our stocklist. Please note that we exclusvely supply the wholesale trade. Available in limited numbes only!