Corydoras knaacki originates from the Madre de Dios region in Peru and belongs to a group of “classical” Corydoras, which is very close to the type species of the currently not as valid recognized genus Hoplisoma Swainson, 1838 – Corydoras punctatus (Bloch, 1794). In the hobby, the two species C. julii and C. trilineatus are best known from this group, which are offered very frequently and in different colour variants (or are these also species?) in the ornamental fish trade.i C. knaacki can easily be distinguished from all described species of the Hoplisoma group by the massive longitudinal line in the middle of the body, which begins approximately at the rear edge of the dorsal fin and ends at the caudal fin, in combination with the species-specific dorsal fin pattern, in which the first fin ray and the membrane are dark pigmented to the spine and the remaining fin rays are spotted, as well as the significantly black-and-white banded caudal fin. 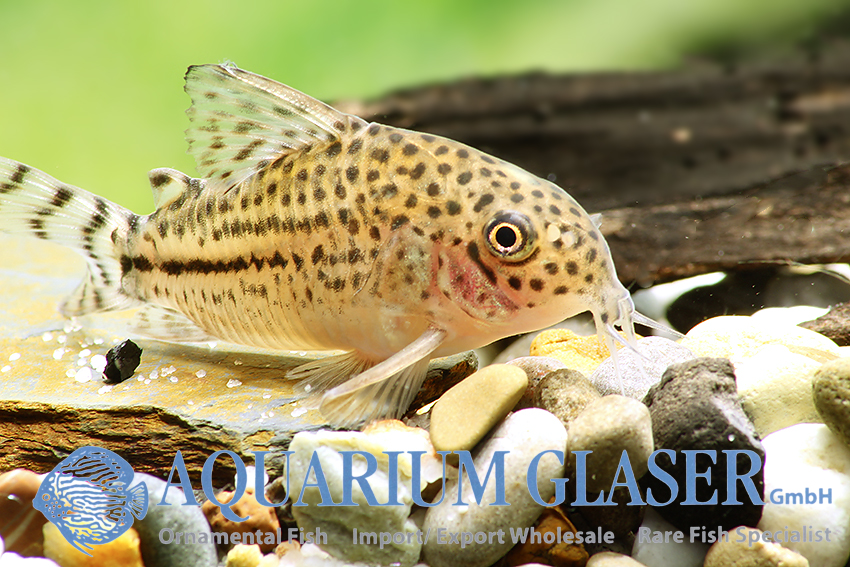 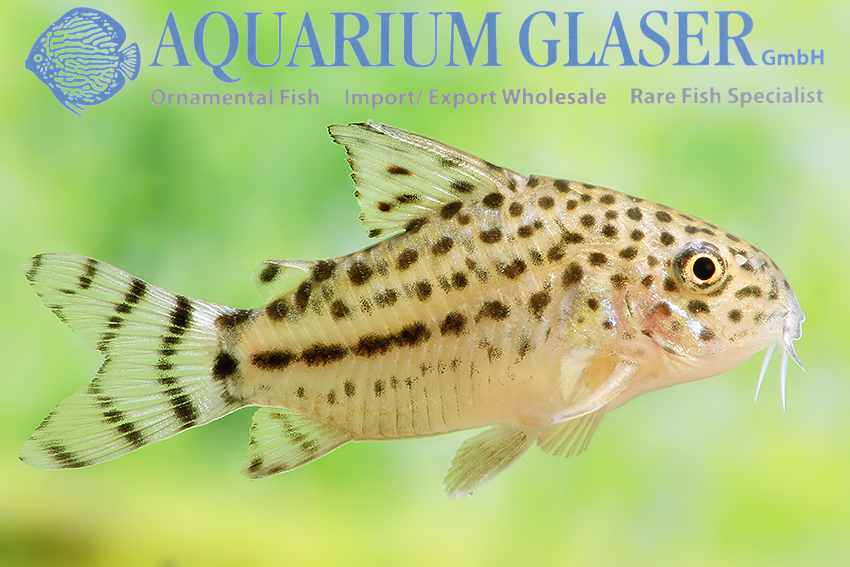 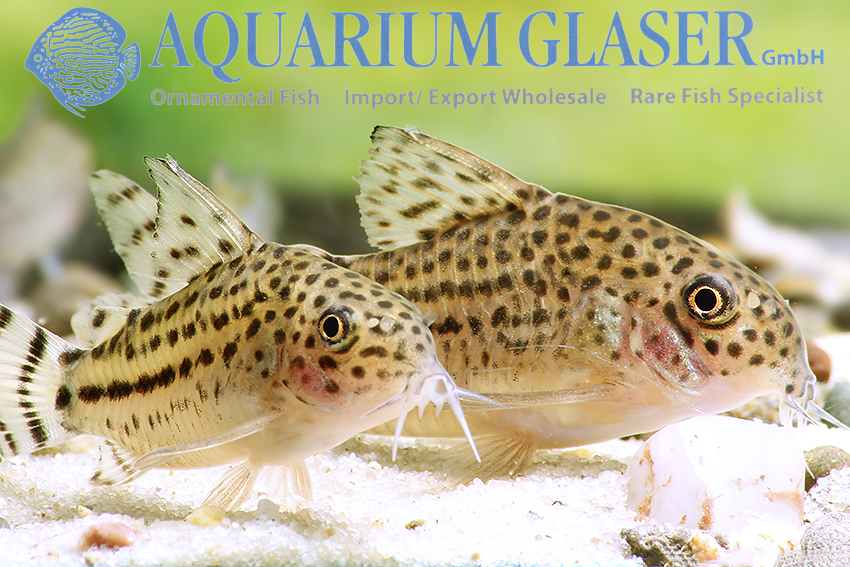 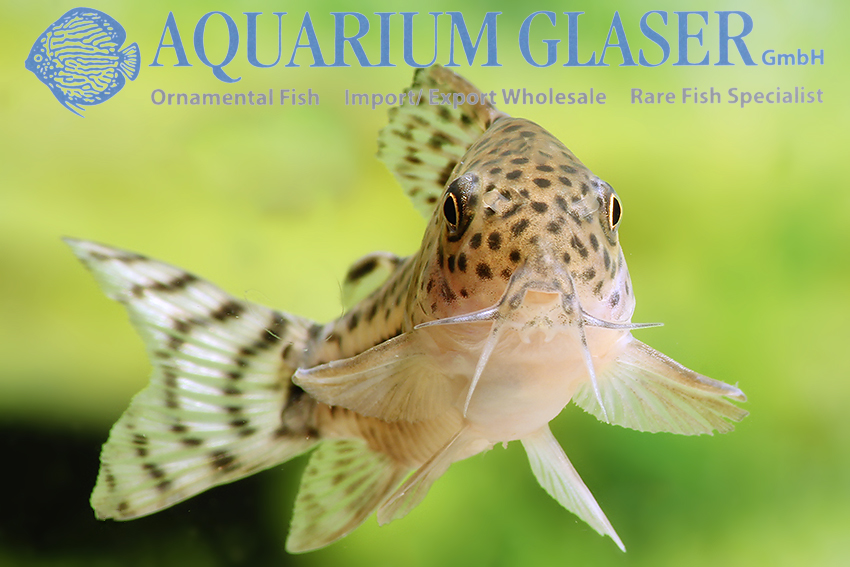 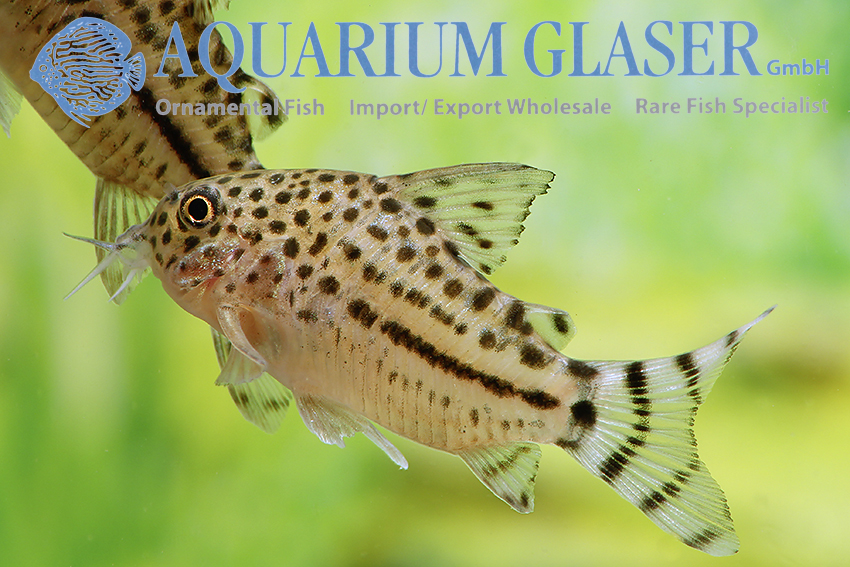 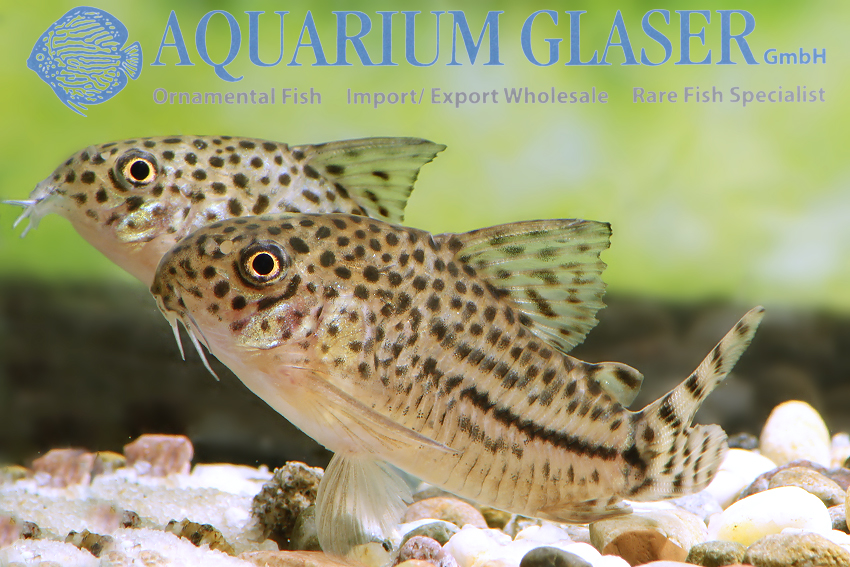 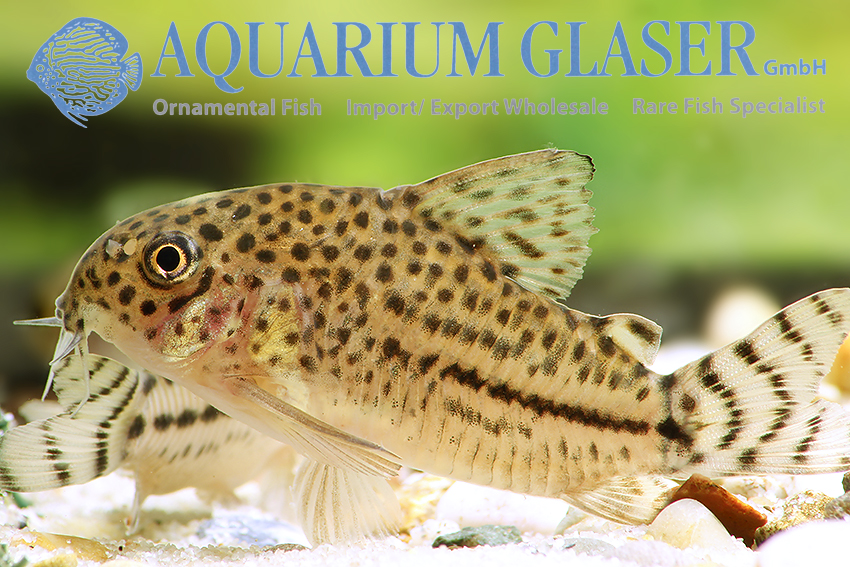 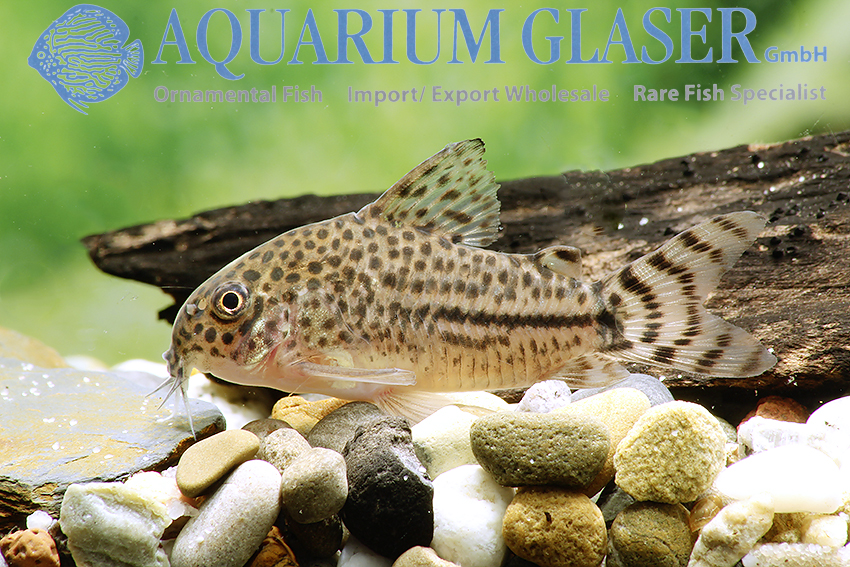 Before the scientific description of the species in honour of Joachim Knaack, this cory was called Corydoras sp. “Morse” or Corydoras sp. CW 32.

From the Madre de Dios come at least two further nearly identical looking, scientifically still undescribed species. Corydoras sp. C120 (see Datz 12/2003), CW 62 and CW 109 are described by Peruvian exporters as Corydoras sp. “Manu4” and differ from C. knaacki approximately in the way in which different populations currently assigned to C. trilineatus differ from each other. Another, practically identically colored species is Corydras sp. “Manu2 Semi Longnose”, which to our knowledge does not yet have a C or CW number and has a longer muzzle (a longer mesethmoid).

For our customers: the species has code 232853 on our stocklist. Please note that we only supply the wholesale trade.