Kuhlii loaches (Pangio) are very popular aquarium fish. They are cute, small and often colourful. In community aquariums the small water snakes act as a cleaning crew, which reliably prevents food residues from being left lying around. The animals are completely peaceful and love the company of conspecifics. Kuhlii loaches become restless before thunderstorms and then often swim hectically through the aquarium, thus indicating the weather; therefore, an aquarium with Kuhlii loaches must be covered absolutely gaplessly, otherwise the fish will emigrate.

As simple as their care is, as complicated is their species identification. This is due to the fact that it is mainly colour characteristics that distinguish the species, but the colouring is extremely variable. In some species there are hardly two individuals with exactly the same pattern.

Pangio alternans, a 6-7 cm long species from Borneo, also belongs to this category. In trade, hardly ever a distinction is made between the different species. We also buy them as “Kuhlii Loach” and sell them again under that name. In contrast to the “real” Pangio kuhlii, P. alternans does not have a white belly, but pyramid-like spots come up from the belly side. At least that’s the case with typical specimens. But there are also individuals which are striped like P. kuhlii and which can only be distinguished from P. kuhlii by the fact that P. alternans does not have a massive dark spot at the base of the caudal fin (P. kuhlii always has such a spot), but only a diffuse vertical strip in the otherwise colourless caudal fin.

To make things a bit more complicated: loach specialists believe that the animals shown here are not P. alternans at all, but a scientifically still undescribed species they call Pangio sp. PAN03.

The Kuhli loaches (Pangio, formerly Acanthophthalmus) form an important part of all smaller community tanks with a southeast Asian character. Here the small „watersnakeletts“ are cleaning and feed all the small food particles that might have been overlooked by the other fish. Of course the loaches have to be fed also; this is no problem at all for they readily take any type of usual ornamental fishfood. The tank should have at least a patch with sandy bottom, where Pangio love to burry themselves from time to time, in all other respects Kuhli loaches are hardy and undemanding fish. 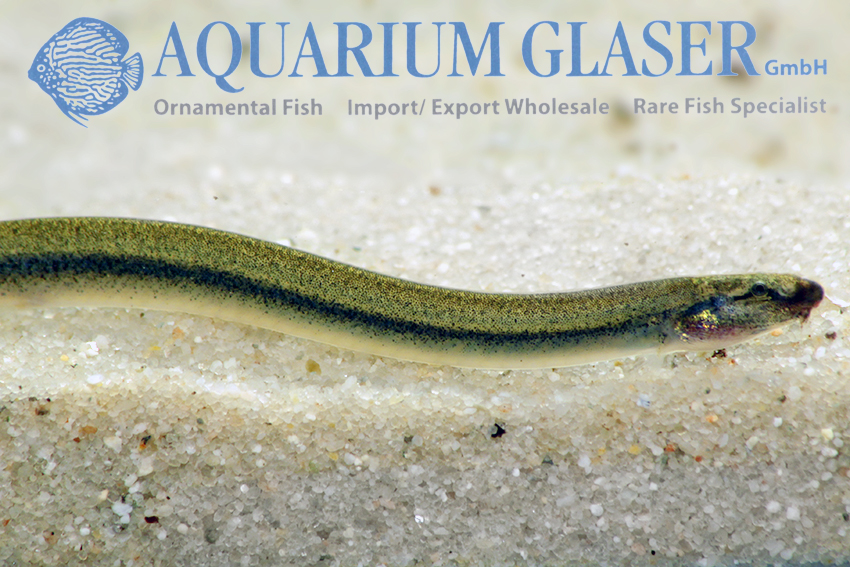 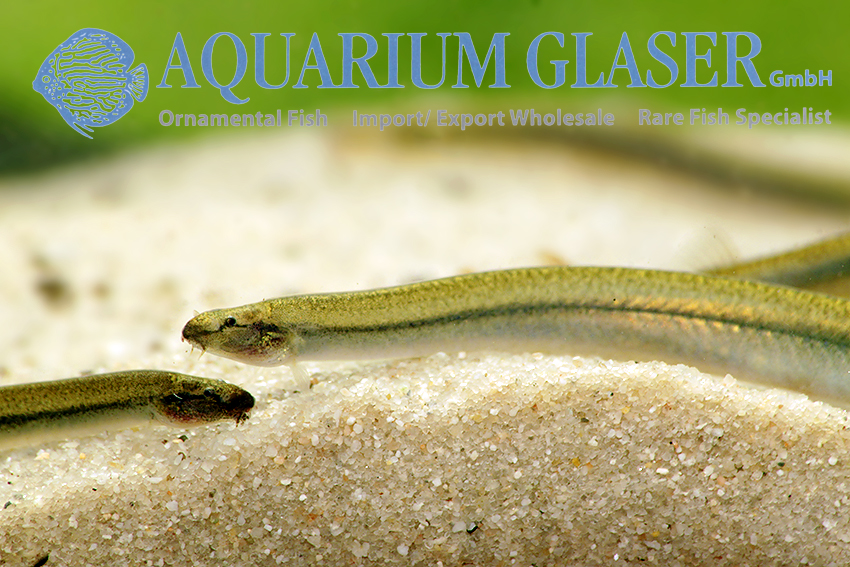 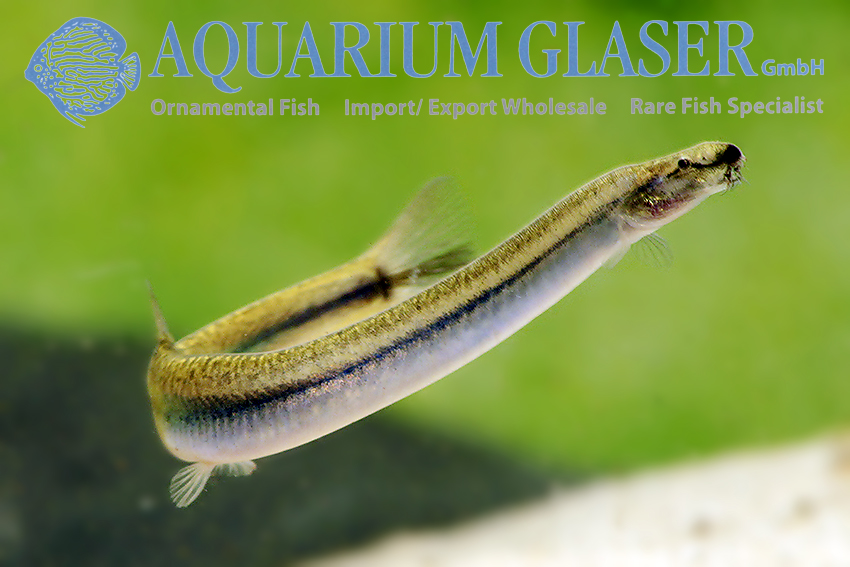 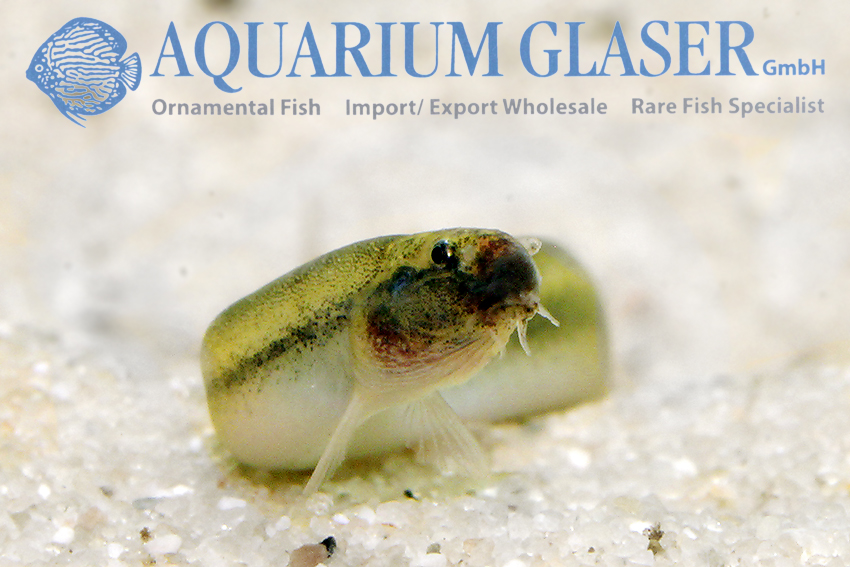 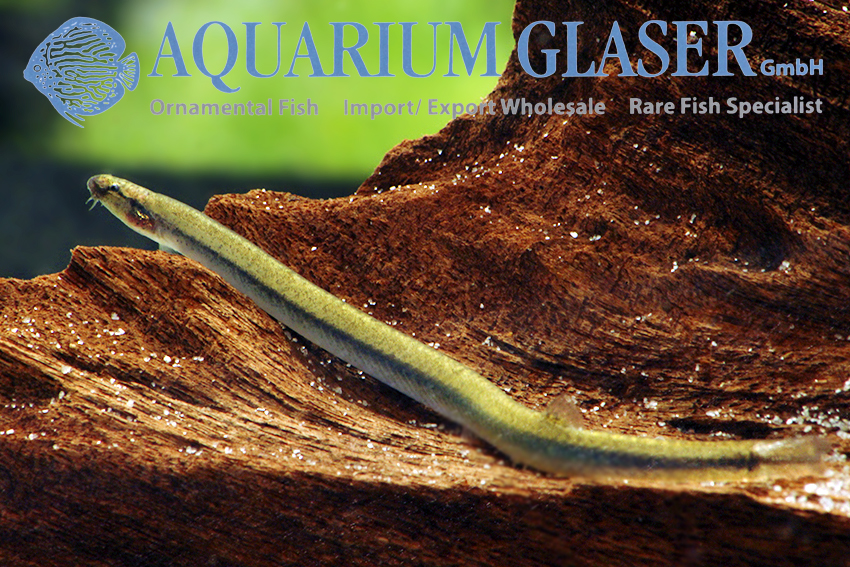 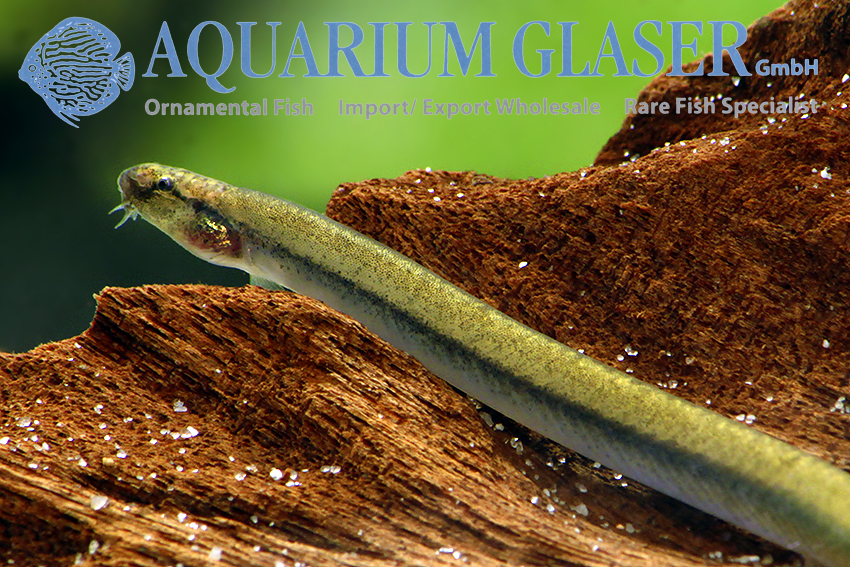 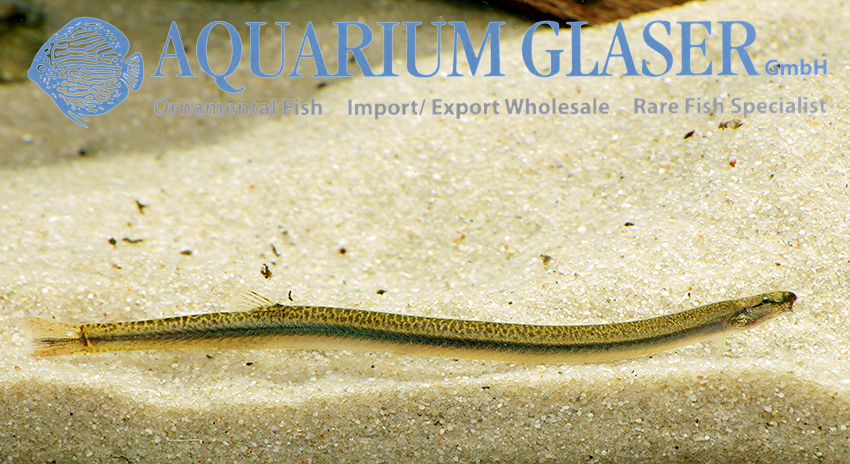 Pangio anguillaris is only very occasionally available on the ornamental fish market. It originates from Indonesia. This species has no bands like many other species of Kuhli loach, but a salt-and-pepper pattern on a grey to golden (this depends on the light) background. Rumours say that this species can reach a length of 12 cm, but in the wild hardly ever specimens are collected that exceed a length of 5-6 cm.

For our customers: the fish have code 441052 on our stocklist. Please note that we exclusively supply the wholesale trade.