For the first time we can offer the breeding form “Red Dun” of the Chocolate Whiptail Catfish. This new breeding form goes back to a wild-caught male that we were able to import from Paraguay in November 2015 (see https://www.aquariumglaser.de/en/fish-archives/rineloricaria_lanceolata_en/). We gave it, together with some normal females of the same import, to our breeder Kurt Jülich. We hoped Kurt could breed an attractive new strain from it.

Kurt could, but it took time. As he had guessed before, it took four generations to get a hereditary pure red strain. We can now offer this F4.

Kurt suggested the name “Red dun” to distinguish the new strain also linguistically clearly from the already existing strains of red Rineloricaria. A dun is the name for a horse with a light coat base color, dark long hair (mane, tail) and other dark markings. Because in contrast to other red Rineloricaria, the “Red dun” often still has markings in darker red on the body, just like the grand-grandfather.

The “Red dun” will surely find many friends because of its beautiful coloration. Very special is the fact that here the origin of a new breeding form is documented from the beginning.

For our customers: the animals have code 288522 on our stocklist. Please note that we supply exclusively to wholesalers.

It was back in the 1980ies that a brick-red sport of whiptail catfish appeared in the former GDR. The real origin of the fish stays a mystery, but it was possible to cross it with Hemiloricaria (formerly Rineloricaria) lanceolata. The strains that exist nowadays are most probably all hybrids. The initial red whiptail catfish belonged most probably to another species than H. lanceolata (see Evers & Seidel, Wels-Atlas, Vol. 1: 694, for details). 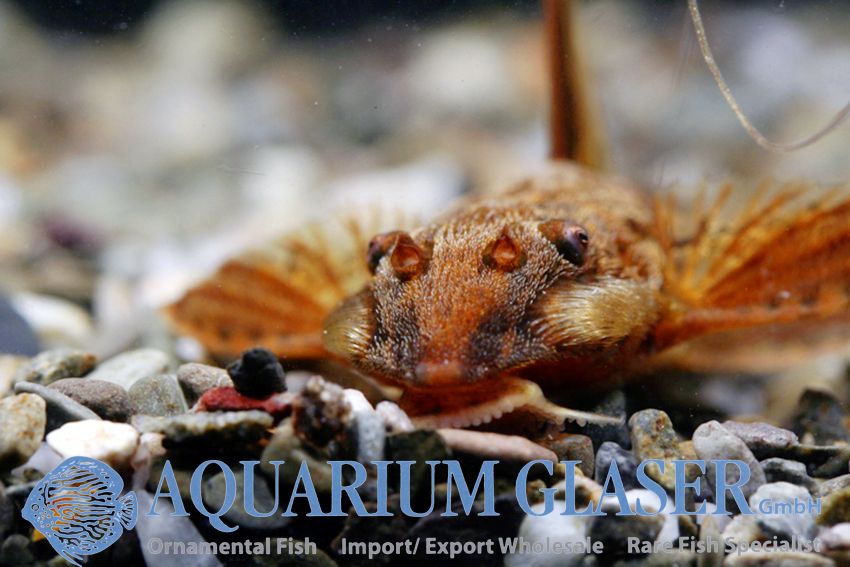 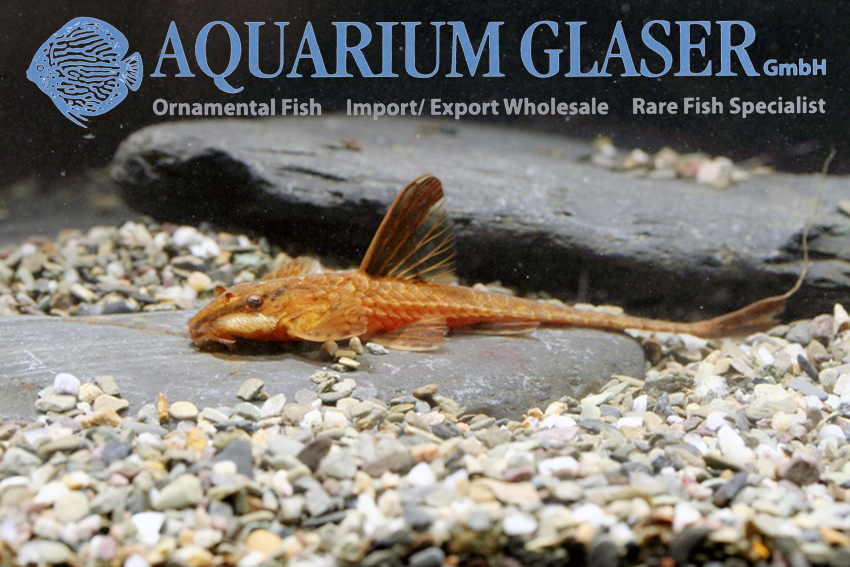 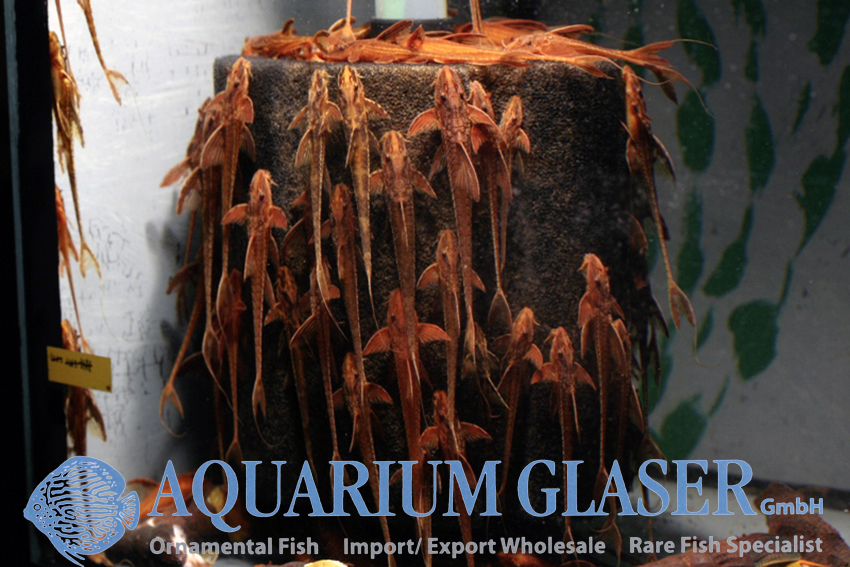 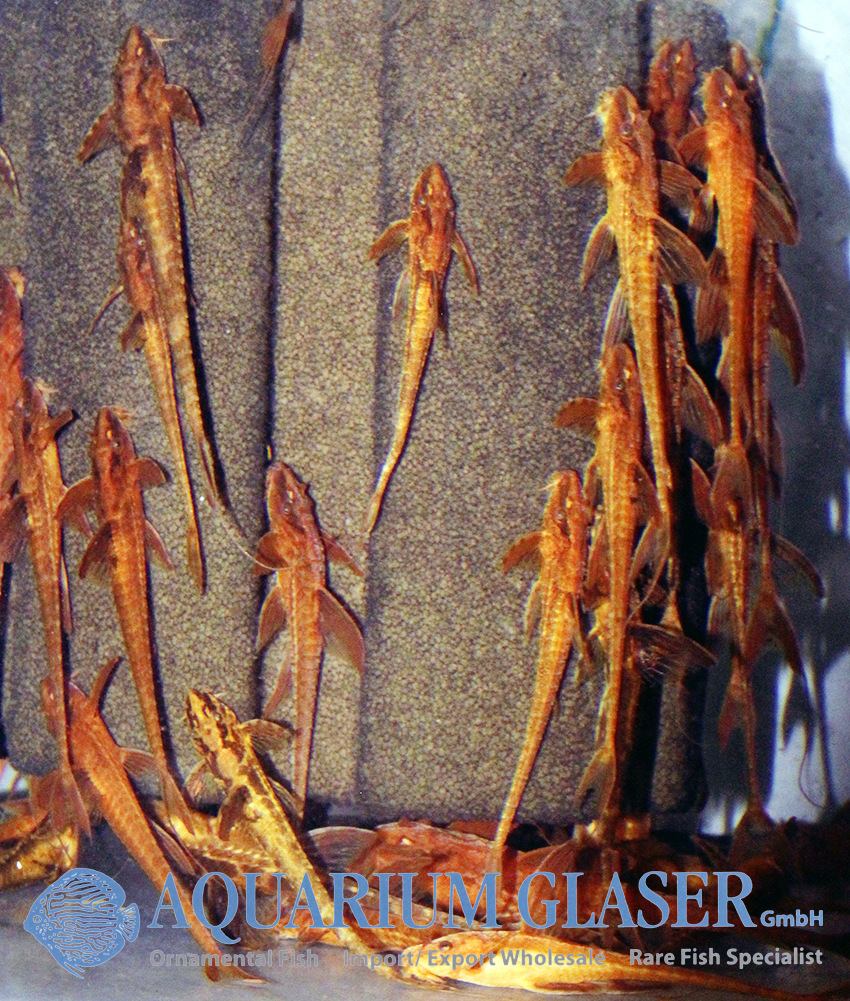 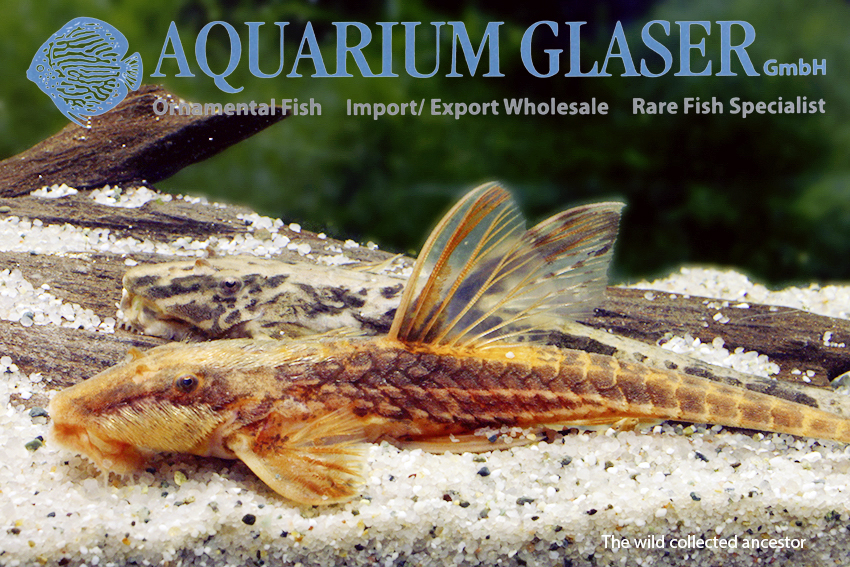 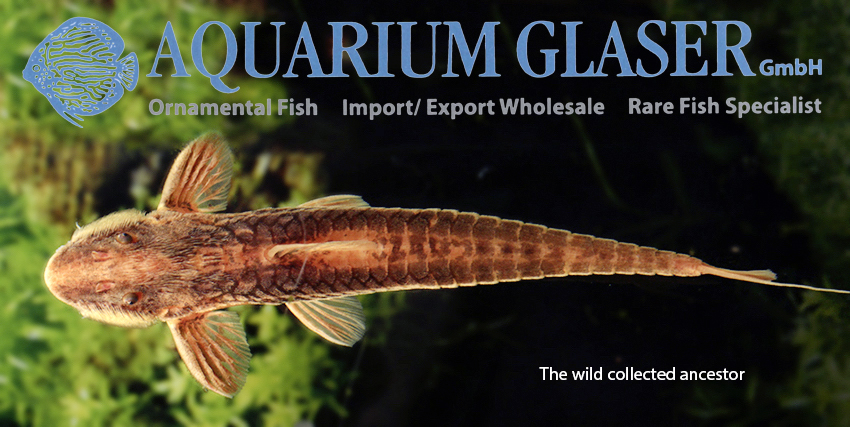 In November 2015 we obtained an importation of wild collected H. lanceolata from Paraguay. It contained a single brick-red male specimen. This animal – along with some regulary coloured females – was given to our proofed breeder Kurt Jülich who succeeded in breeding them! Now we can offer for the very first time brick-red whiptail catfish from that new strain.

For our customers: the fish have code 288524 on our stocklist. Please note that we exclusively supply the wholesale trade.