Everybody should be fooled by this unusual barb from Southeast Asia on some occasion! The wonderful 18-22 cm long specimens from Indonesia were sent to us under the name Rhaphiodon vulpinus, a predatory tetra from South America. Apart from the great shyness, the animals were in perfect condition, which is why we didn’t want to stress them unnecessarily by flattening our noses at the aquarium; so we kept enough distance for the first impression so that they didn’t get excited and thought: very beautiful R. vulpinus, long not seen such good animals, what they breed in Indonesia meanwhile… 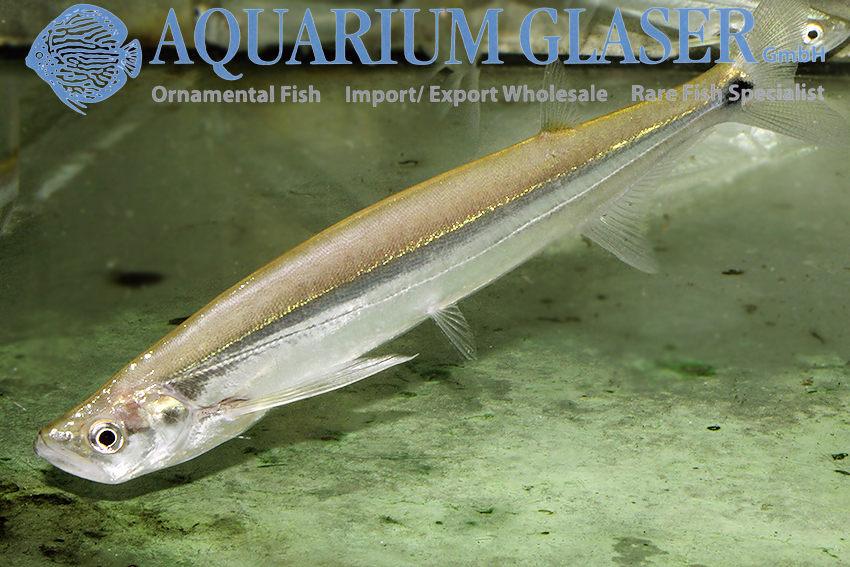 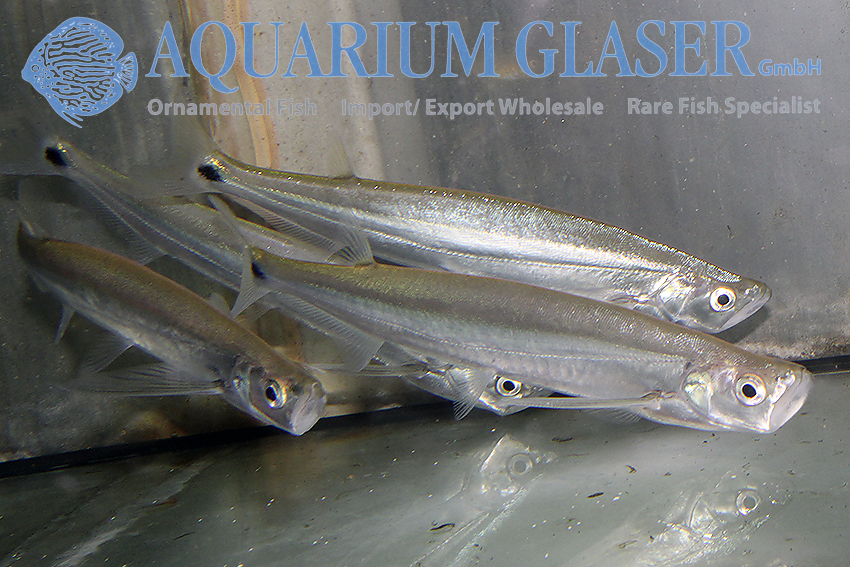 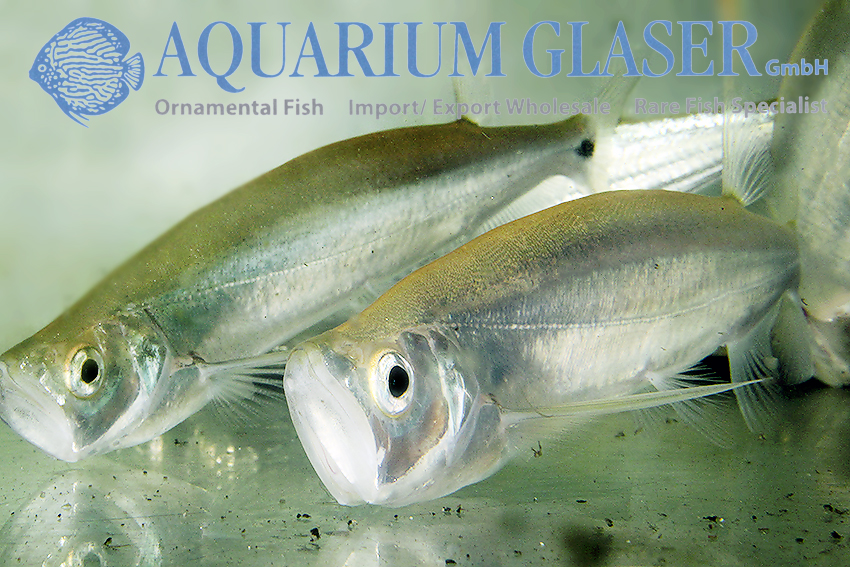 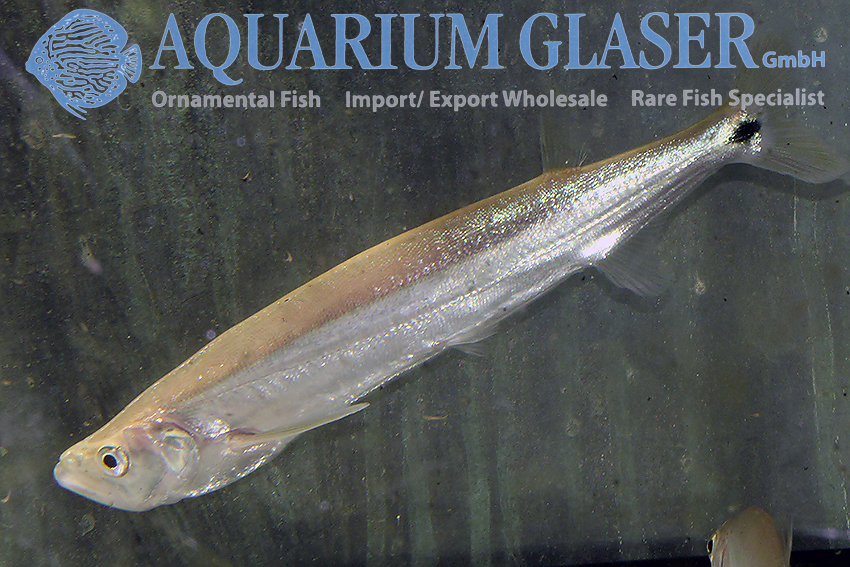 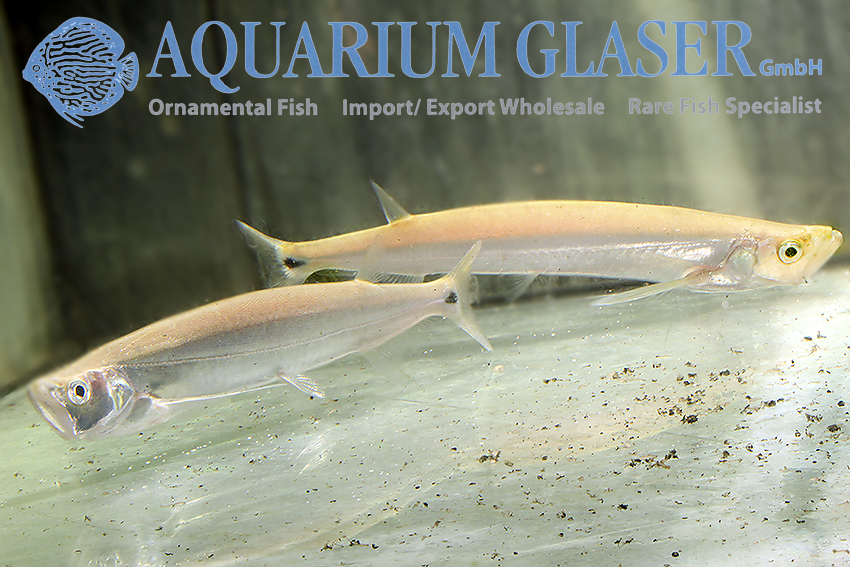 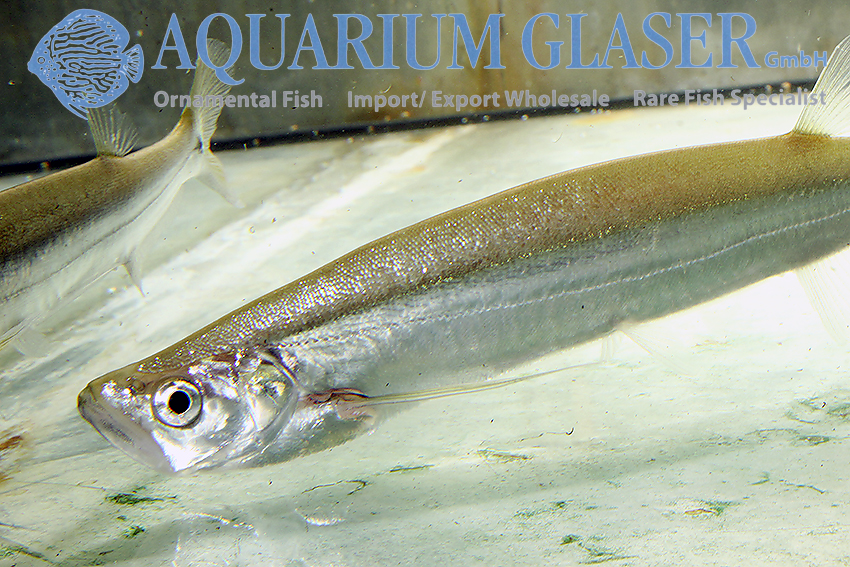 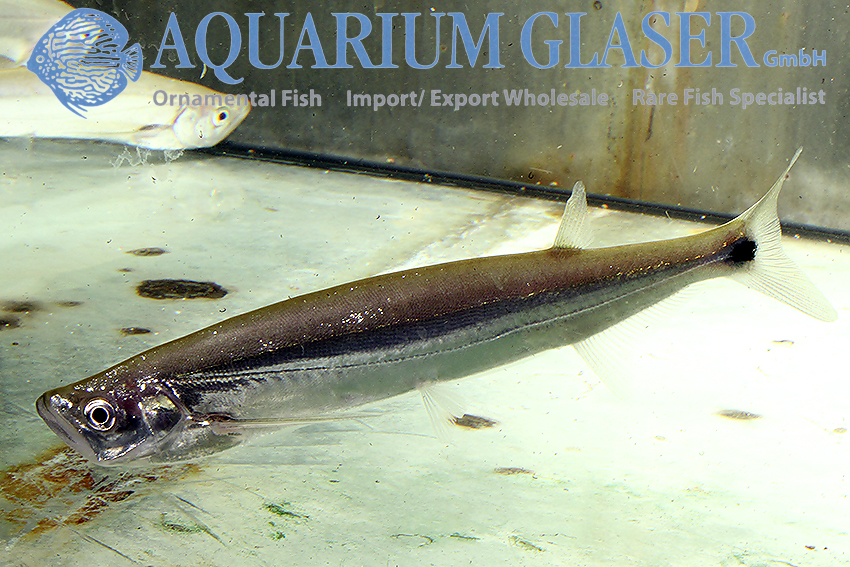 But the keeper has to inspect them more closely in order to be able to detect early indications of a possible parasite infestation and so in this case Jan Wessel asked us whether we were sure with the determination. There would also be those predatory barbs from Asia? And Jan was absolutely right! Our new arrivals have neither an adipose fin, as is obligatory for the predatory tetras, nor teeth in their jaws – these are missing in all cyprinids. Got caught! But the similarity is really amazing!

Macrochirichthys macrochirus reaches a length of about 70 cm. Young fish eat insects, adult animals are fish eaters. Unfortunately the widespread species – it occurs from Indonesia to Thailand – like so many larger river fish in the region is threatened by environmental changes and pollution. The animals are peaceful among each other, but one has to take into account their great shyness by aquariums that are as large and rich in cover as possible. For this reason, photographing these fishes, which tend to panic, is hardly possible. It has proved to be very useful to cover the front glass of the aquariums with black foil to a large extent, so that the sensitive animals are not constantly disturbed by passing care personnel.

For our customers: the animals have code 425098 on our stocklist. Please note that we only supply wholesalers.