A wonderful example of the above is the Corydoras, which we received from Brazil a few weeks ago under the name Corydoras davidsandsi. It seemed to us a bit too high-backed and pointy-nosed for C. davidsandsi, but because they are particularly large animals and we had no better name to offer in a hurry, we let it go for the time being.

In the meantime, however, we did further research and came to surprising results. Since the 1980s a very beautiful armored catfish is imported from Colombia, which several scientists identified in scientific studies as Corydoras melini. This Colombian is a round-nosed armored catfish with a black eye band; a broad black dorsal band begins below the dorsal fin and runs down the root of the tail to the lower base of the caudal fin and continues along the lower edge of the caudal fin. We will refer to this color pattern as the “Melini pattern” in the following text.

Nowadays we have learned that there are several developmental lineages in armored catfishes that differ in terms of head shape (and thus food acquisition). Very often there are round-, long- and saddle-snouts with almost identical color pattern, without these species being more closely related to each other; in addition, there are twin species with the same head shape, which, however, occur in spatially far apart areas, therefore at least represent different populations and are usually distinguished by details of coloration. And to make it even more complicated: the head or snout shape is also subject to a certain variation within a population and also changes in the course of individual development (ontogenesis). For example, a very young long snout is recognizable as such only to very experienced specialists, and the relative length of the snout increases considerably during growth.

The examination of the first scientific description of Corydoras melini showed that it is clearly a longnose, even if the animals on which the description was based were still relatively small. They were collected in 1924 in the Rio Uaupes in the border area between Brazil and Colombia by D. Melini, in whose honor the species was named at the first description by Lönnberg and Rendahl. Rendahl was not only a zoologist but also a recognized artist and made a detailed drawing of the largest, 44.4 mm (without caudal fin) long animal, which Nijssen & Isbrücker declared to be the lectotype in 1980 (thus it is the reference specimen for all subsequent determinations). Because this work is not so readily available, we reproduce the drawing here for comparison purposes.

The following longnose with “melini pattern” and the coloration of the “true” C. melini are currently known: C52 (Peru), C85 (Peru), C138 (Peru), C159 (Brazil: Rio Purus), CW89 (Colombia, Rio Vaupes), CW106 (Colombia, Rio Cuduyaria, a tributary of Rio Vaupes). Of these, ours, sent as C. davidsandsi, correspond best to C159 and from our point of view CW89 is the fish closest to the first description of C. melini.

Finally, a word about C. davidsandsi: this species occurs in the Rio Negro drainage (Rio Unini) in Brazil and has the “melini pattern”, but the nuchal shield between the eye patch and the dorsal fin base is colored pale orange-red, which places it more in the relationship of Corydoras adolfoi, C. burgessi, C. imitator and similar species.

Lately we introduced to you Hemiloricaria sp. „Puerto Ayacucho“, a species known so far from Venezuela only, which we could import along with Hemiloricaria melini from Brazil. This post led to a number of requests wether we could also depict the imported melini-Whiptails.

Well, we can: here they are! 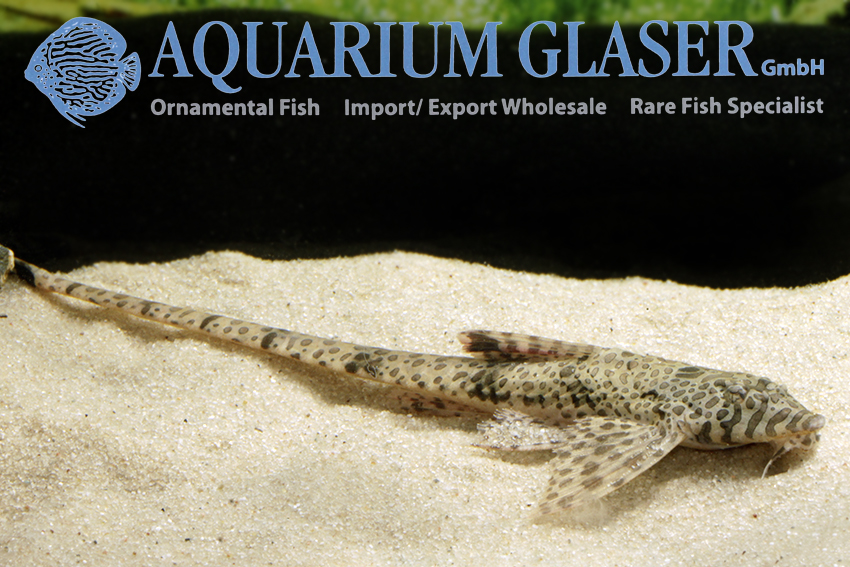 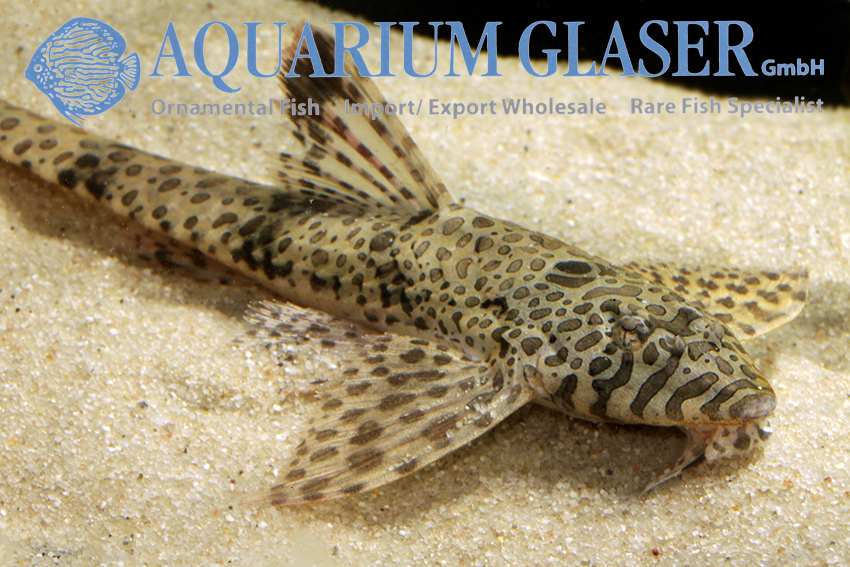 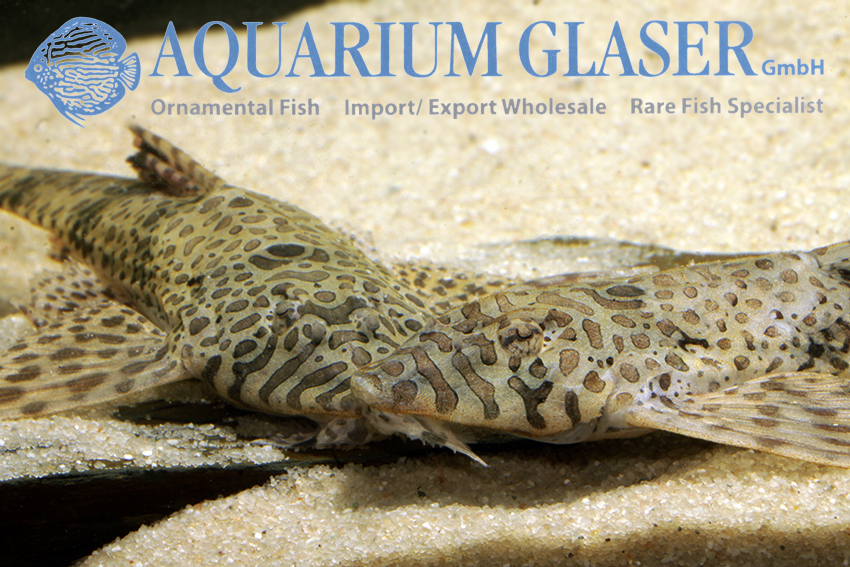 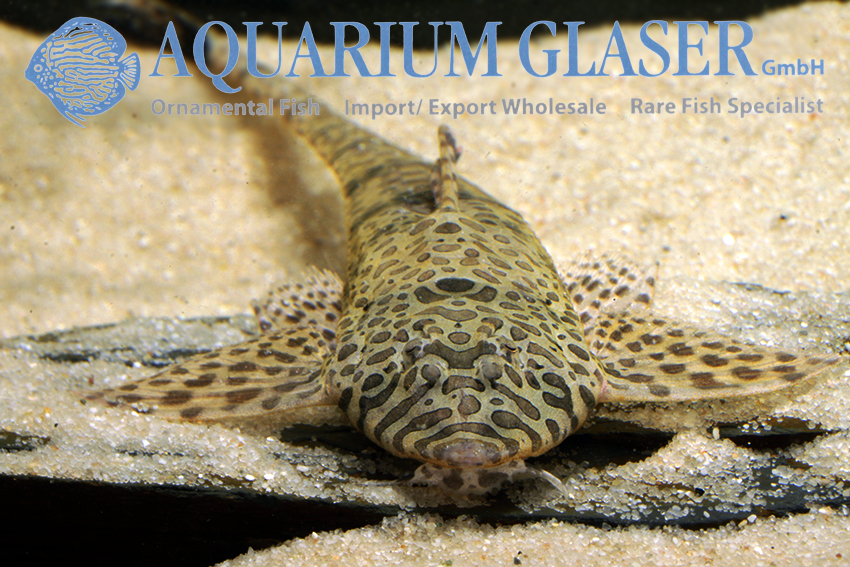 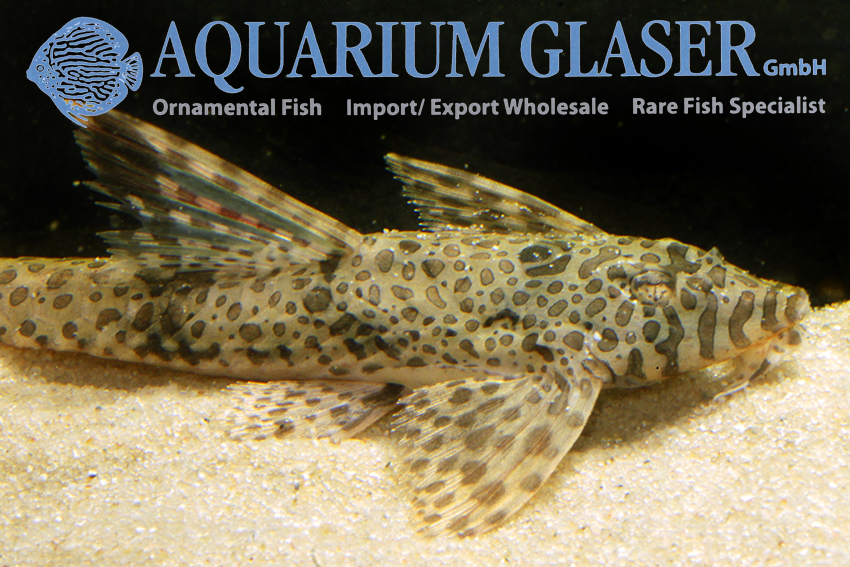 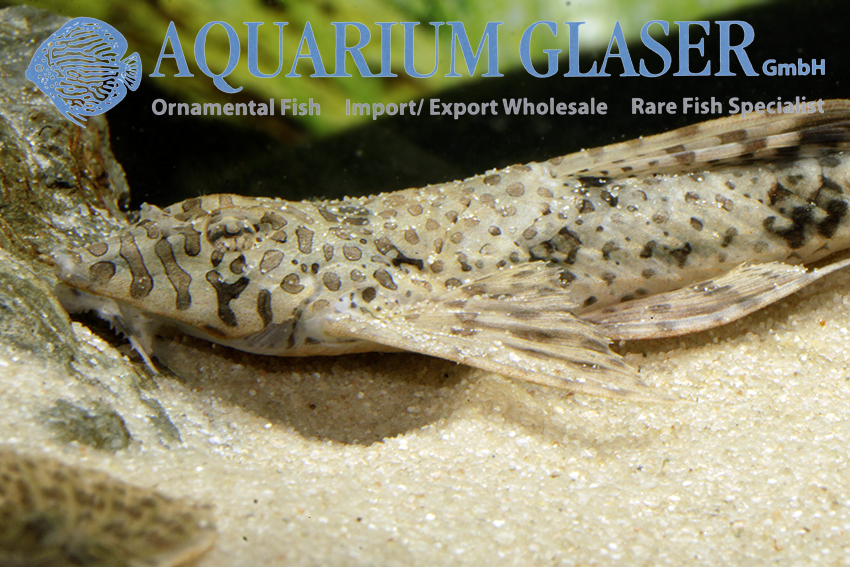 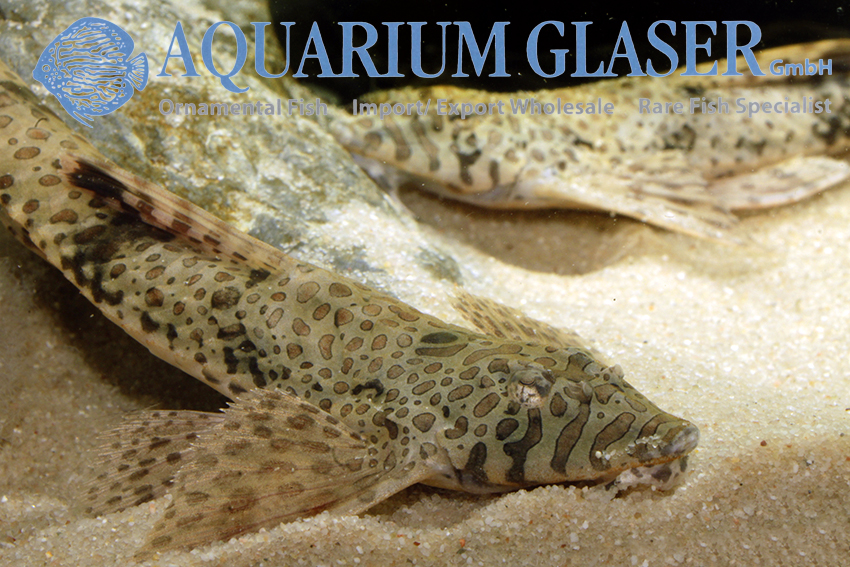 Hemiloricaria melini forms along with H. formosa, H. teffeana and H. sp. „Barcelos“ a small complex of so-called „Apache Whiptails“ that have in common a very attractive leopard pattern. H. melini is said to become about 10 cm long in literature, but our specimens are already about 15 cm long. The beautiful fish should be kept on fine sand bottom in soft and acidic water.

For our customers: the fish have code 288675 on our stocklist. Please note that we supply exclusively the wholesale trade.

Finally we were able again to import some of the beautiful Hemiloricaria melini from ´Brazil (Rio Negro basin). As usual this shipment contained several bycatches, like H. sp. Weißdorn and H. castroi (see our post http://www.aquariumglaser.de/en/fish-archives/hemiloricaria-bycatches/), but this time there were also some specimens we have never seen before. The most obvious feature of the fish is the black „peppered pattern“. 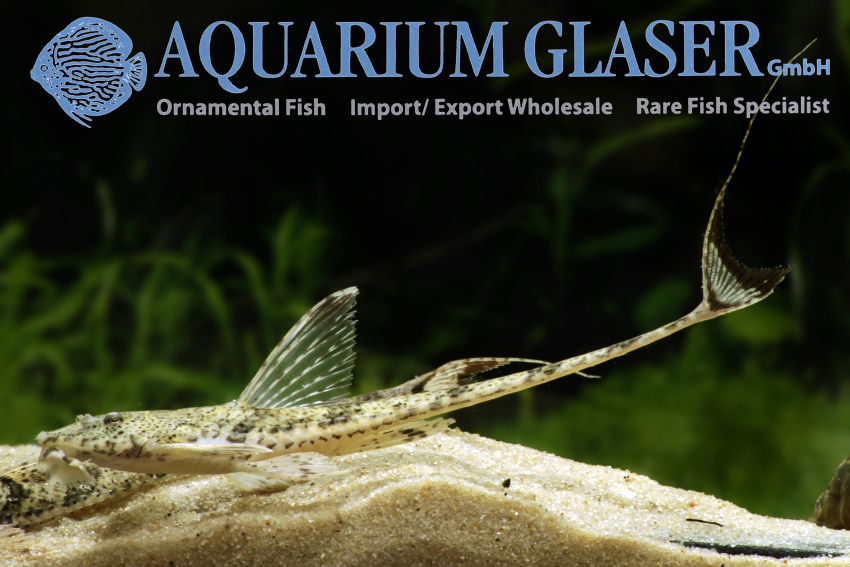 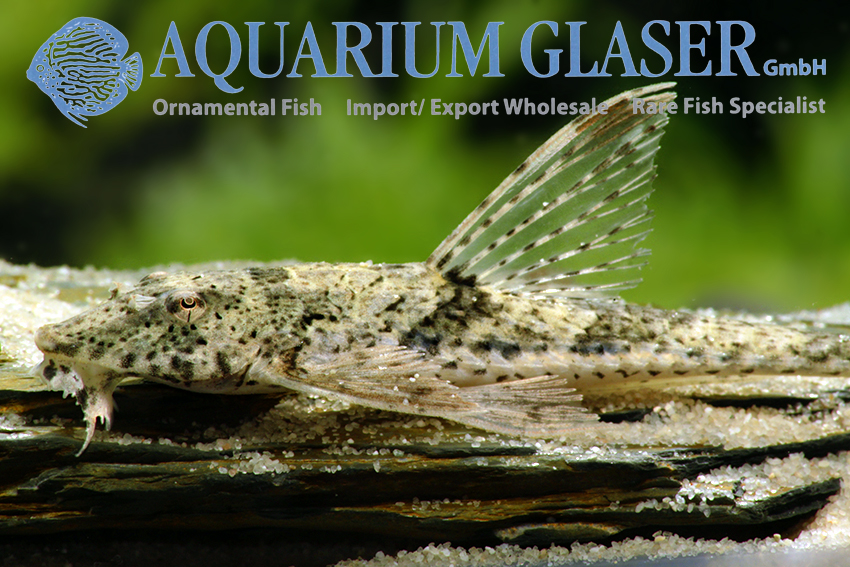 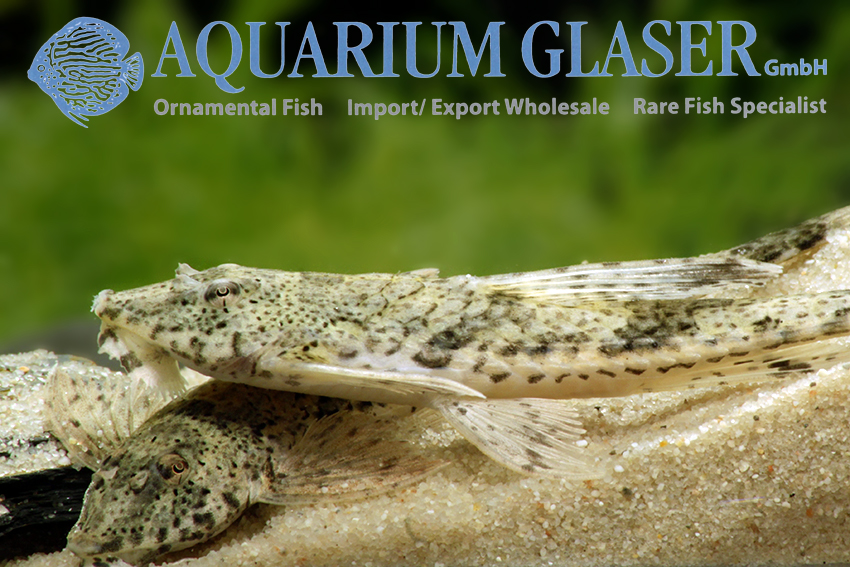 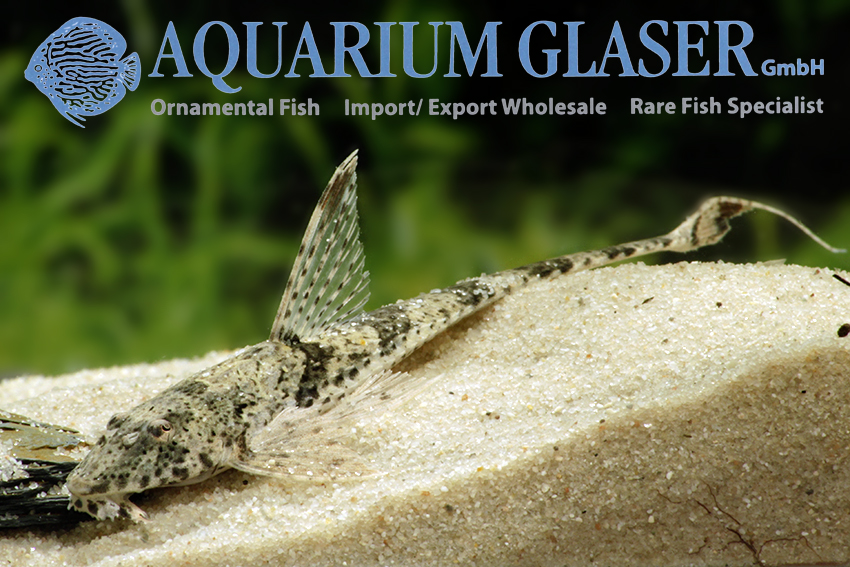 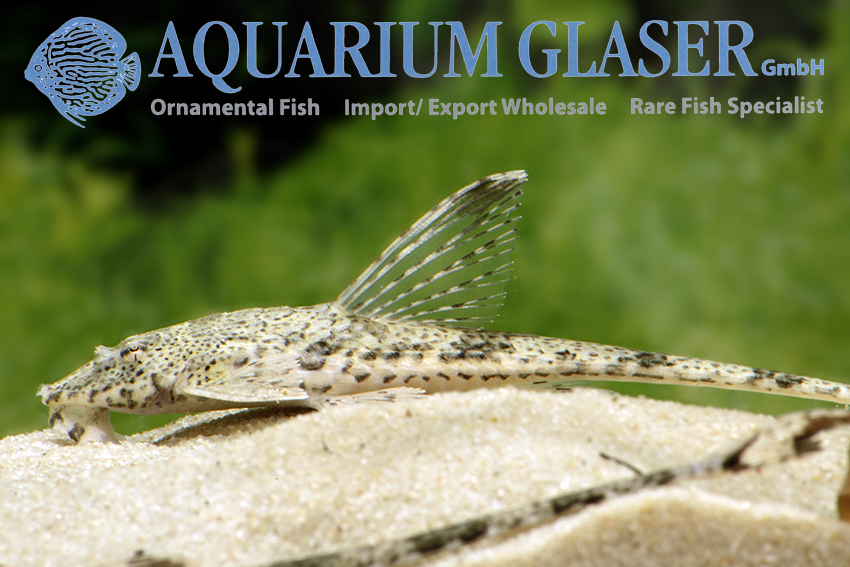 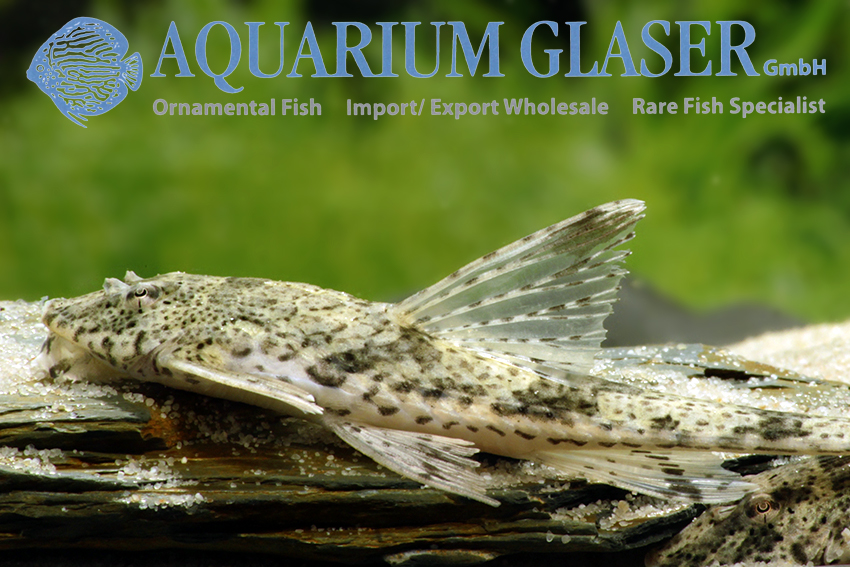 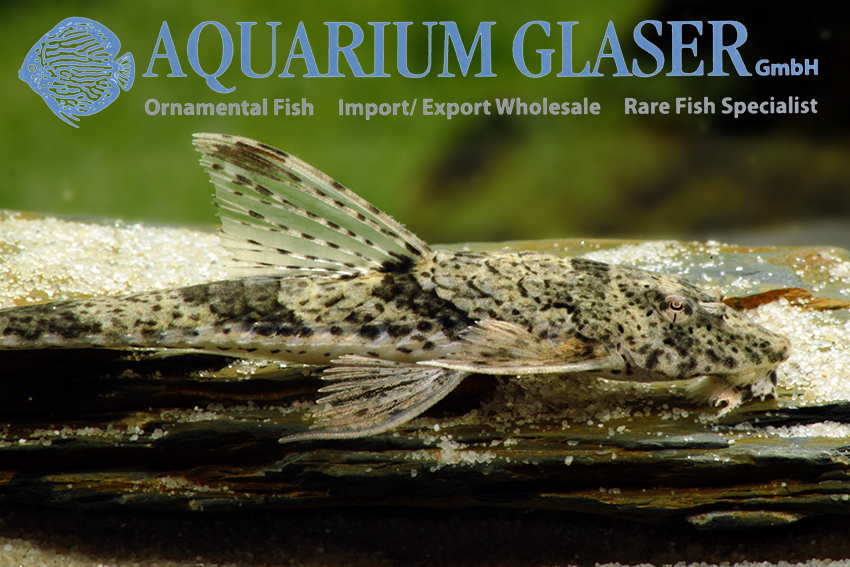 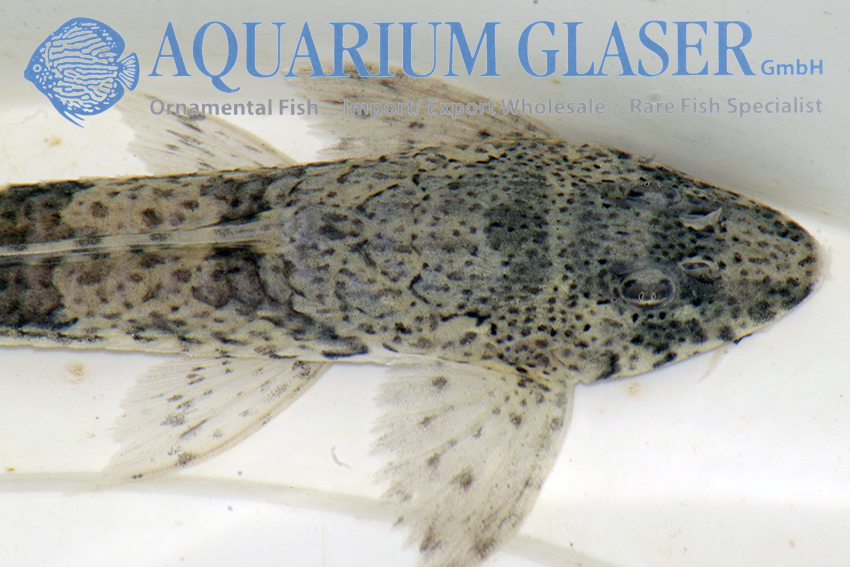 In Welsatlas Vol 1 a species of Hemiloricaria from Venezuela is presented under the name of „Rinelorcaria sp. Puerto Ayacucho“ which looks extremely similar to our new ones. We asked specialist Ingo Seidel for his opinion and he agreed that our new importations obviously belong to „Puerto Ayacucho“. That fish was known so far only from the Orinoco basin, but now we have to realize that „Puerto Ayacucho“ has a much wider distribution and can be also found in the Rio Negro basin.

For our customers: the fish have code 289095 on our stocklist. Please note that we exclusively supply the wholesale trade. Available in very small numbers ony!