We received from Thailand the only rarely offered Nandus nebulosus. There are two, pretty similar species of Nandus occuring in Thailand: thre deep-bodied N. oxyrhynchus from the basins of the large rivers Mekong and Mae Klong and the somewhat more slender, short nosed species N. nebulosus from the south of the country. However, regions are known where both species occur sympatrically. The greatest part of the natural range of N. nebulosus is the Malaian Peninsula and Indonesia. 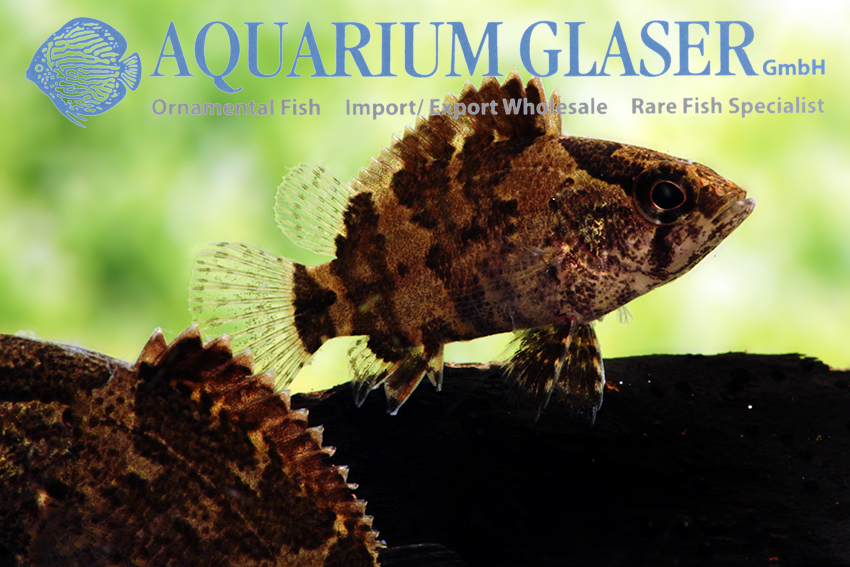 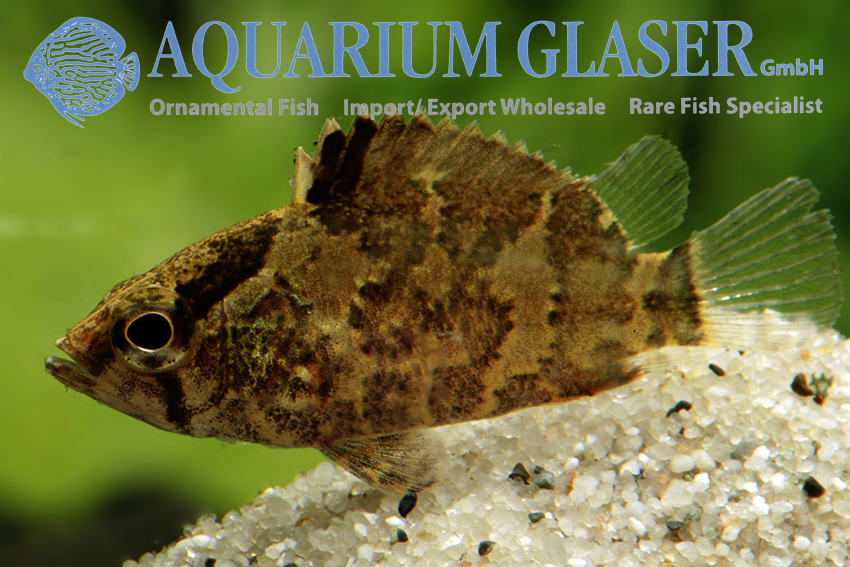 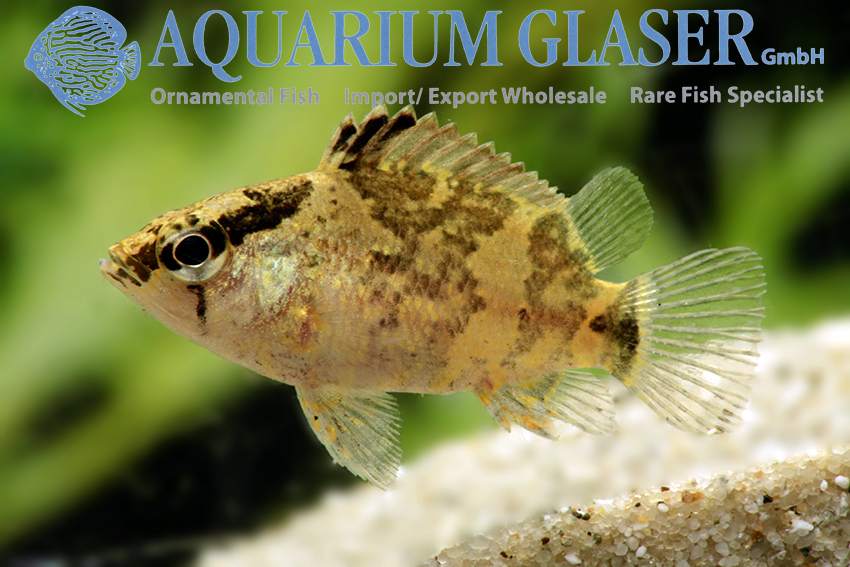 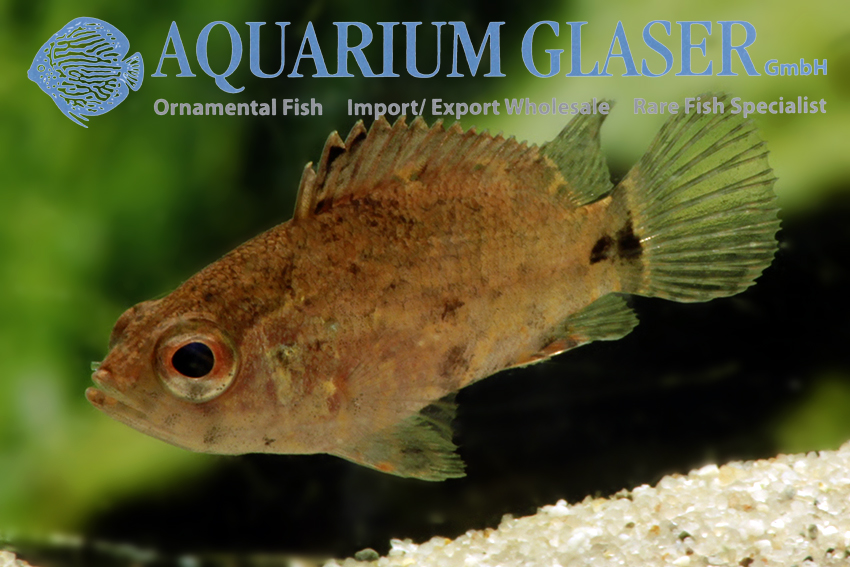 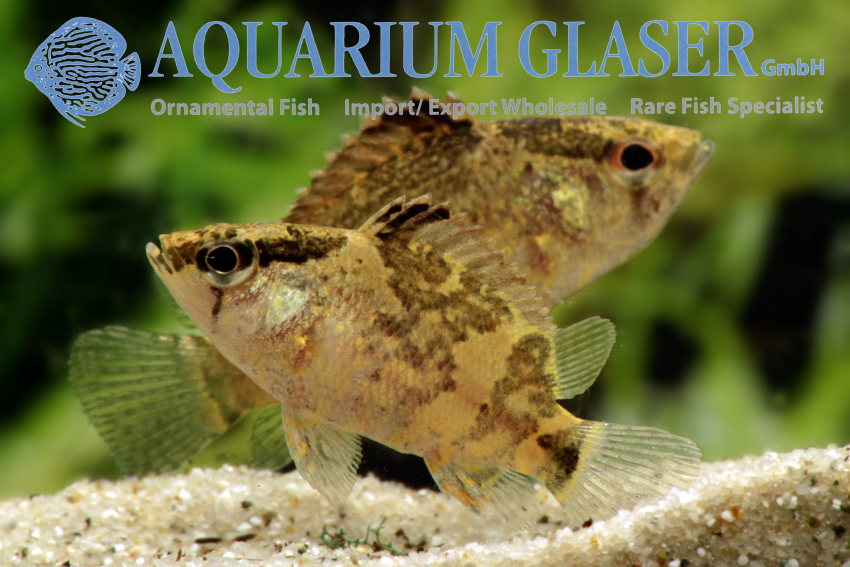 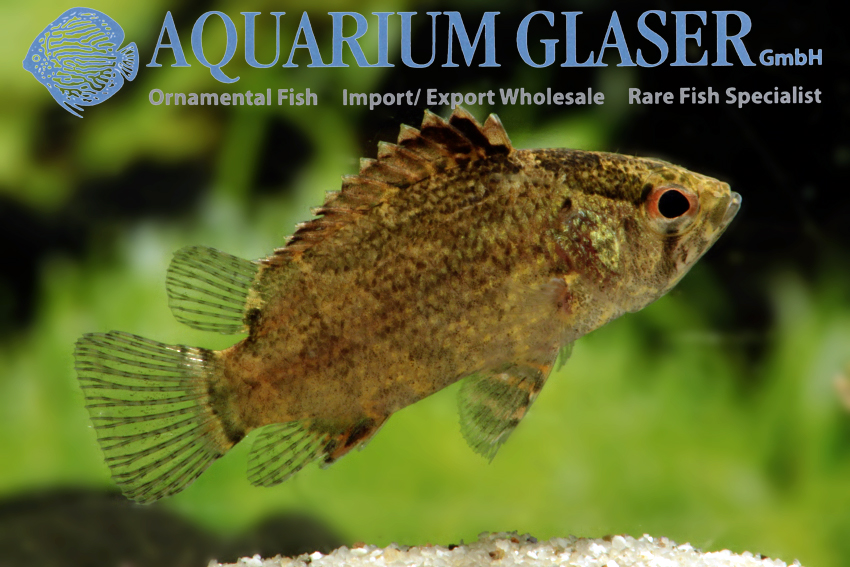 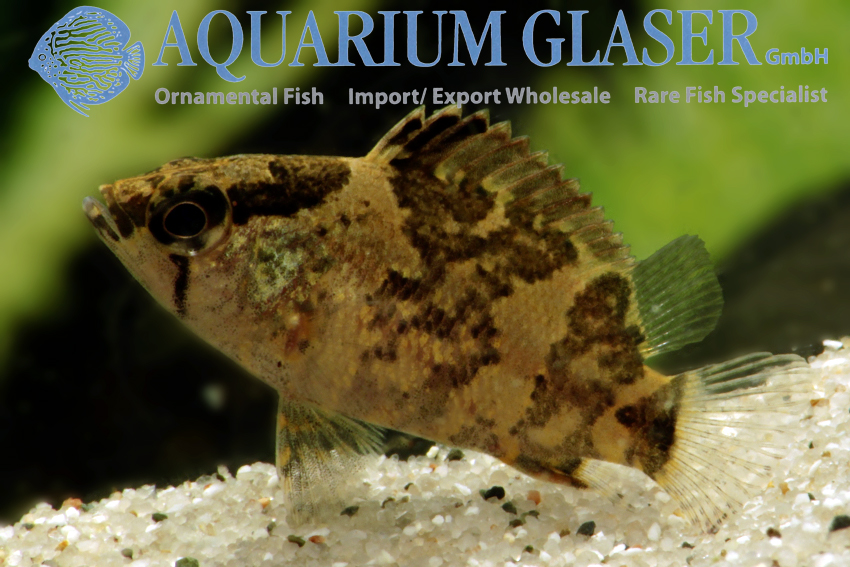 In the wild, N. nebulosus is very often found in blackwater habitats. This type of water is very poor in respect of food and so the tiny size of N. nebulosus is a benefit. Uusally the species becomes 4-6 cm long, the largest specimen collected so far was 8 cm long.

Nandus nebulosus looks like an innocent child due to the short snout and the large eyes; the congeneric species look much more „predatory“. But one should not make the mistake to get N. nebulosus wrong: this fish easily swallows fish of half of its own body size. Besides this all Nandus species are very peaceful fish.

Nandids belonging to the genus Nandus do not take care for the brood, while most other members of the family do.

For our customers: the fish have code 438112 on our stocklist. Please note that we exclusively supply the wholesale trade.