To say it right away: yes, we also know that the species P. ternetzi is currently seen by most ichthyologists as a synonym of P. nattereri. This assessment is based on the fact that the “true” Pygocentrus nattereri is the yellow-breasted species from the drainage of the Rio Paraguay (type locality of P. nattereri described by Kner in 1858 is Cuiabá and Mato Grosso in Brazil), while the red-breasted “common” Amazonian spiranha should be scientifically referred to as Pygocentrus altus (described in 1870 by Gill from the upper Amazon) (Géry, Mahnert & Dlouhy, 1987). However, the scientific community has so far followed the aforementioned authors only in that P. ternetzi is seen as a synonym of P. nattereri, but the name P. nattereri is applied indiscriminately to the red- and yellow-breasted piranhas, which is certainly incorrect. Therefore, the name P. ternetzi is still used in aquaristic circles to have a name available for the yellow-breasted piranha of the Rio Paraguay inlet. P. ternetzi was described by Steindachner in 1908 from the Rio Paraguay near Descalvados, Mato Grosso, Brazil.

This yellow-breasted species is unfortunately rarely available. So we are glad to be able to import it once again from Paraguay at present. Typical for all Pygocentrus species is the more bulbous head shape compared to Serrasalmus, at least in larger animals. It is important for aquaristic practice whether a piranha belongs to Pygocentrus or Serrasalmus, because Serrasalmus species are fin eaters and are basically best kept singly, while Pygocentrus are schooling fishes that hunt larger prey. Since exporters often keep both genera together because juveniles cannot be easily distinguished, piranhas often arrive with severely mutilated fins – the work of Serrasalmus. It then takes some time for the fins to grow back.

For our customers: Pygocentrus ternetzi has code 293104 on our stock list. Please note that we only supply wholesale.

The red-breasted shoaling piranha (Pygocentrus nattereri) is present throughout the Amazon River basin. It is the most common piranha species kept in aquariums. The breeding of these animals succeeds according to plan. Pairs are formed from a shoal, which spawn in bottom pits; the parents guard the spawning site, there is no brood care beyond that. Since this piranha species lives in a shoal (most of the approximately 30 species are incompatible loners), they can be raised together.

Mostly therefor are bred ones for the aquaristic demand in the trade; but occasionally also wild catches are imported and then one notices that there are locally quite clear coloration differences with the populations. Many wild-caught fishes are very intensively colored. Especially the blood red breast makes them very attractive. As juveniles of 6-15 cm length these piranhas are most beautiful. The pictures show 6-7 cm long wild catches from Colombia (Dept. Amazonas).

The final size of these fish is 25-30 cm, so you have to provide big aquariums for them.

For our customers: Wild caught have code 292404, captive bred have 292395 on our stock list. Please note that we only supply wholesale. 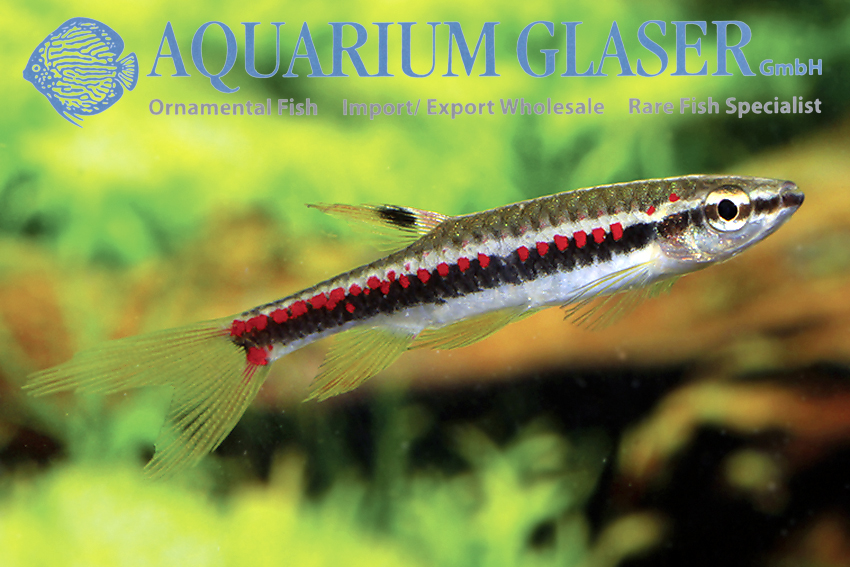 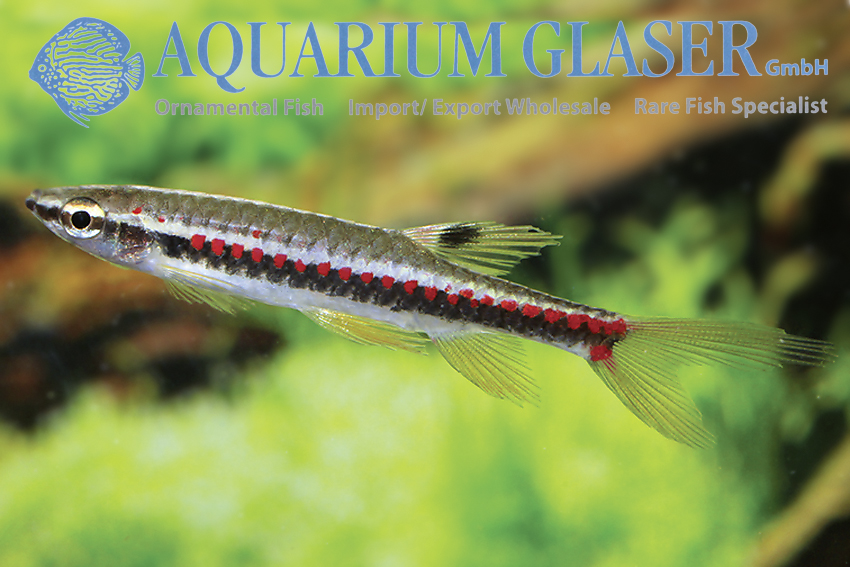 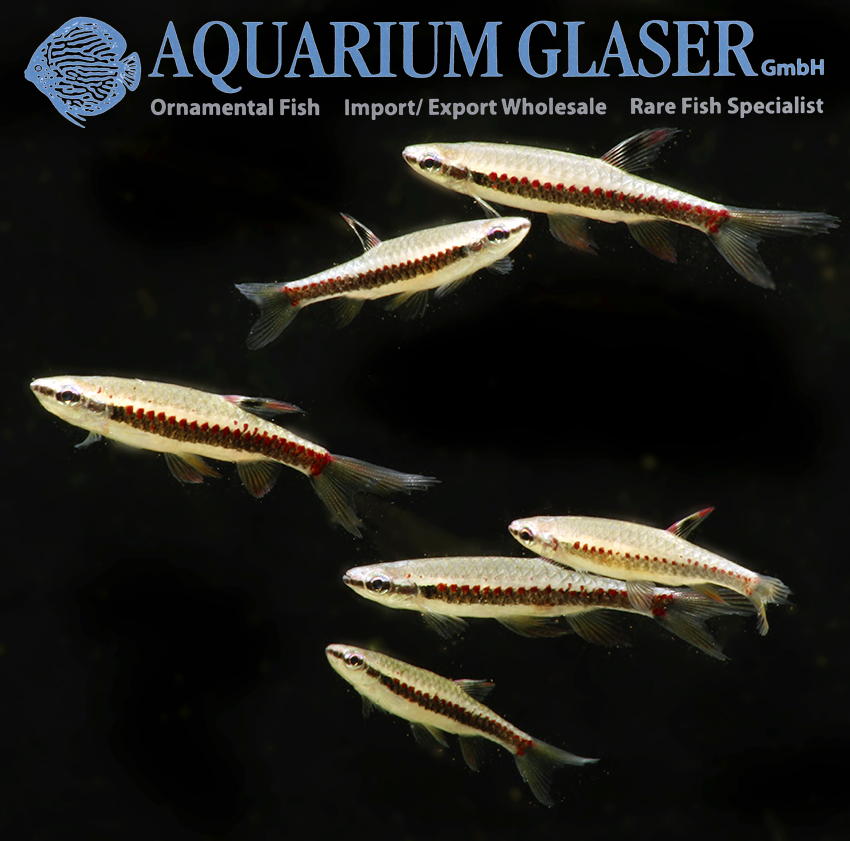 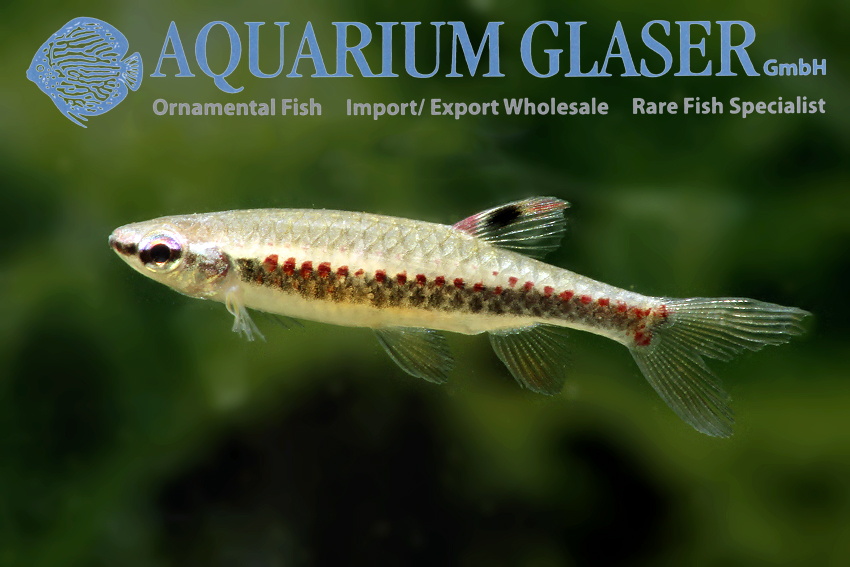 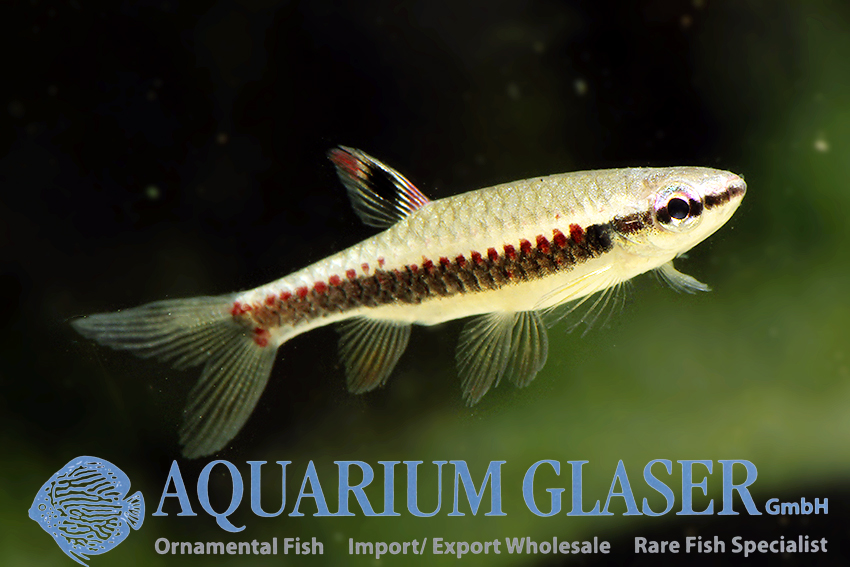 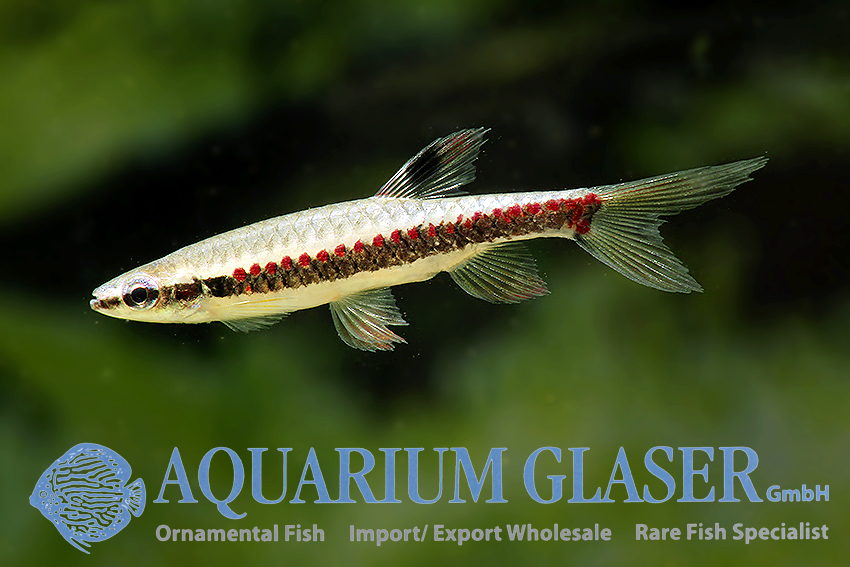 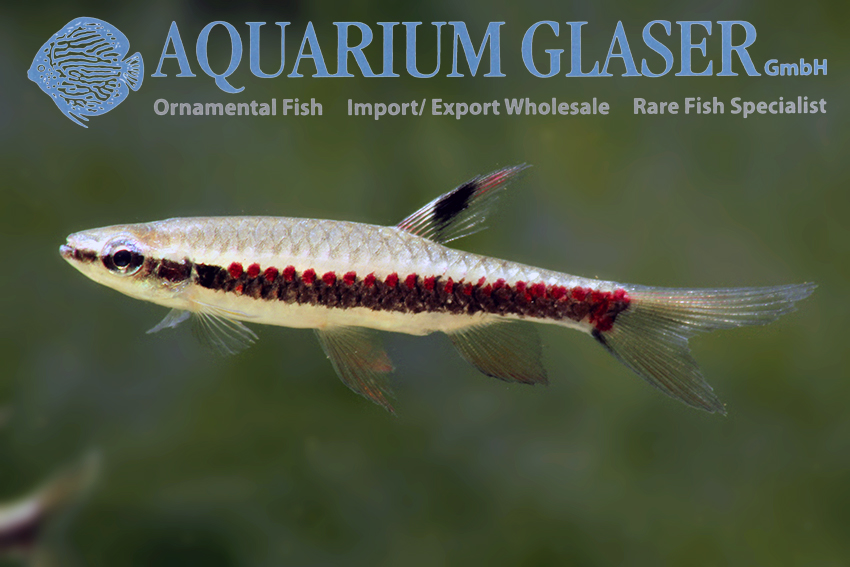 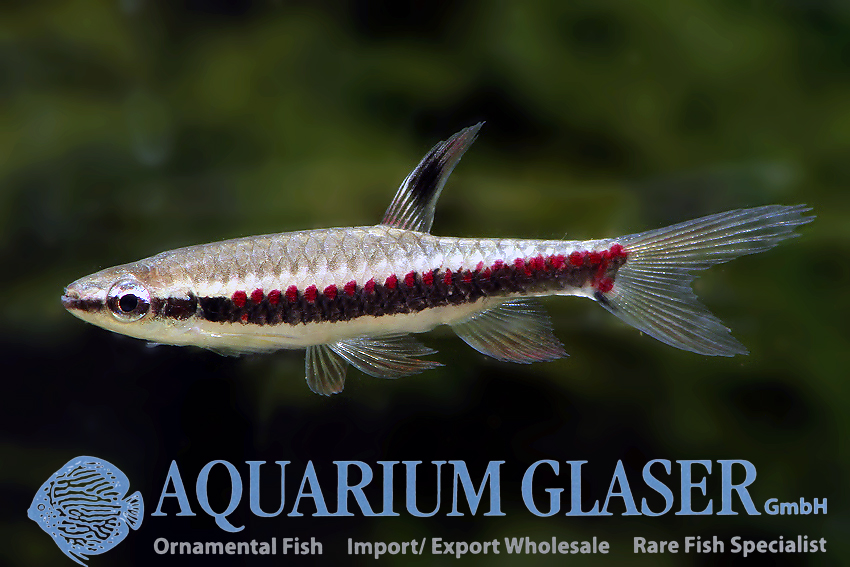 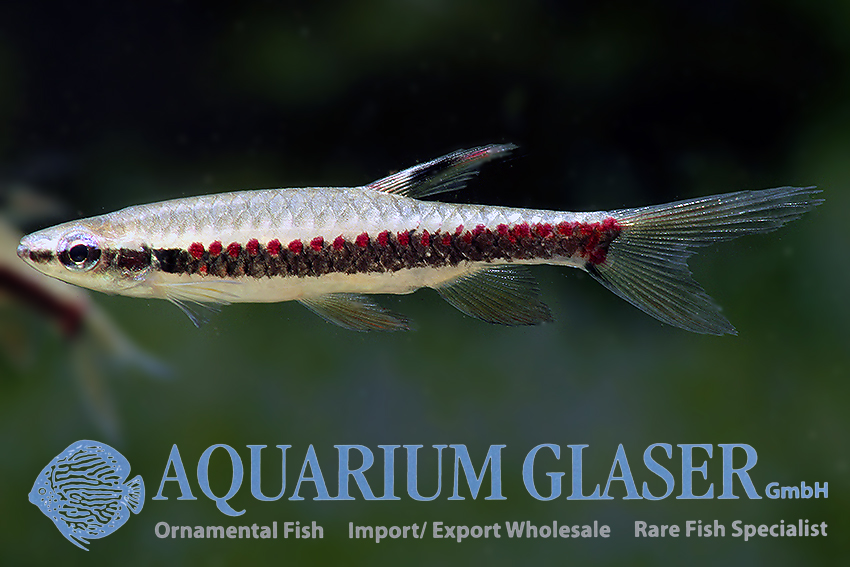 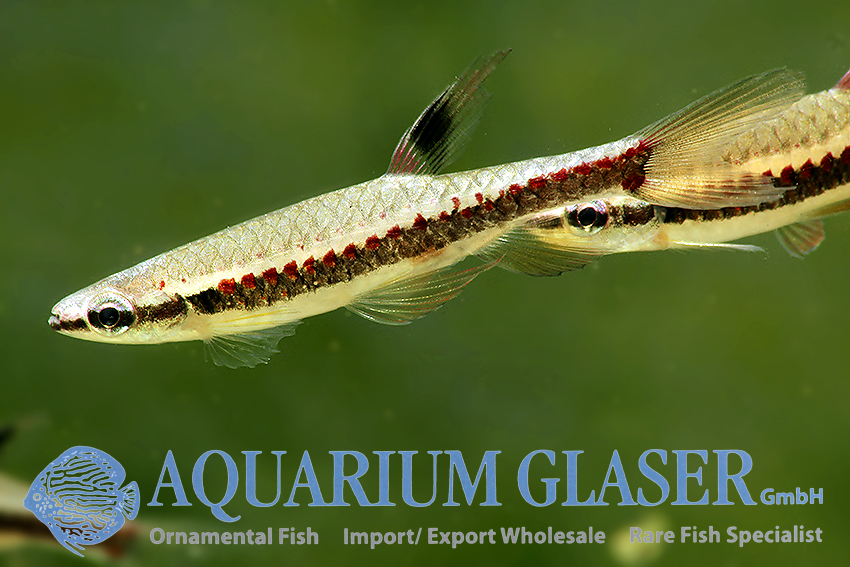