Until the end of the 20th century it was believed that the giant gouramies would be represented only by one single species. But then a number of additional species was recognized, among them Osphronemus exodon from the Mekong river. Juveniles look very much alike common giant gouramies (O. goramy), only educated people note the higher number of stripes on the flanks and the somewhat different shaped caudal spot. But adult animals cannot be taken for mistake: they have teeth on their lips! It is unknown what these teeth are good for. 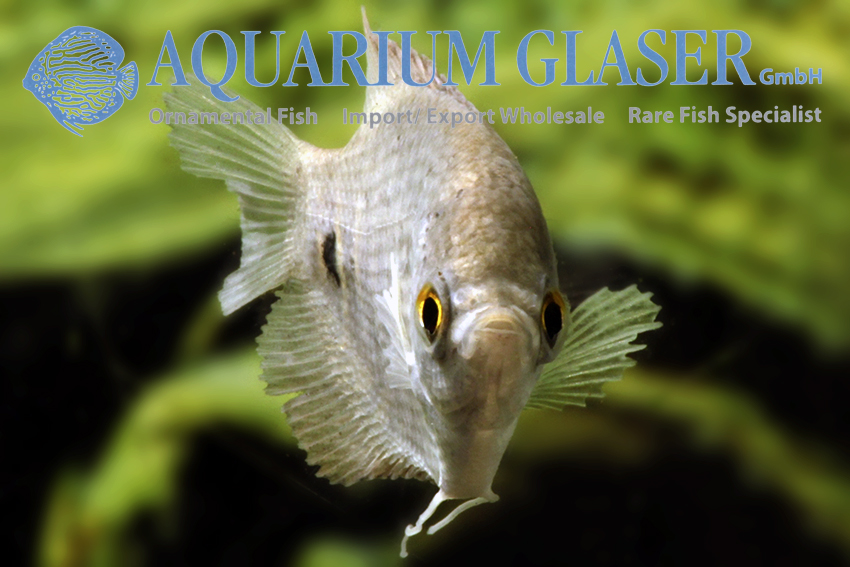 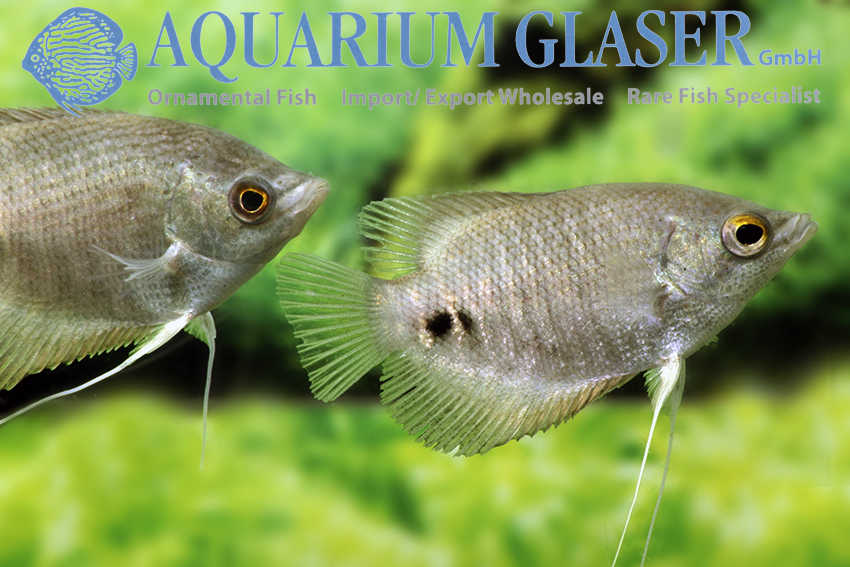 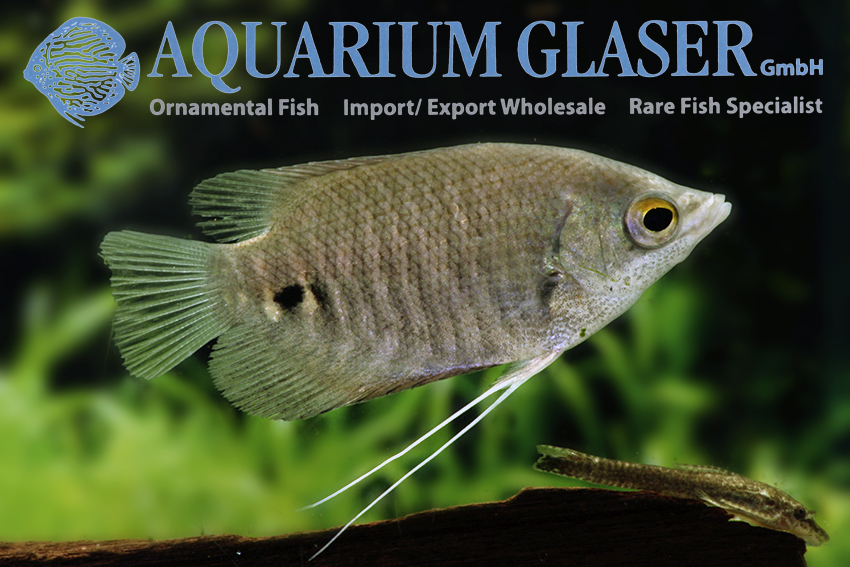 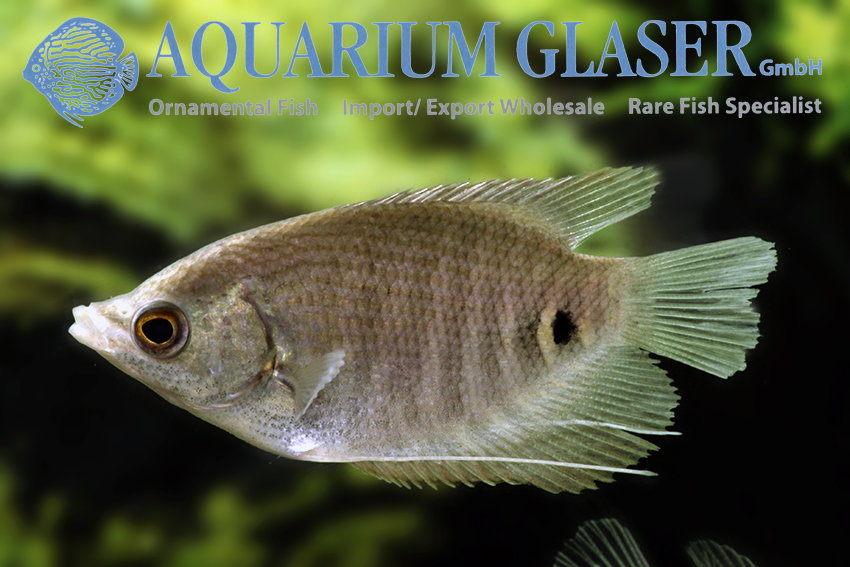 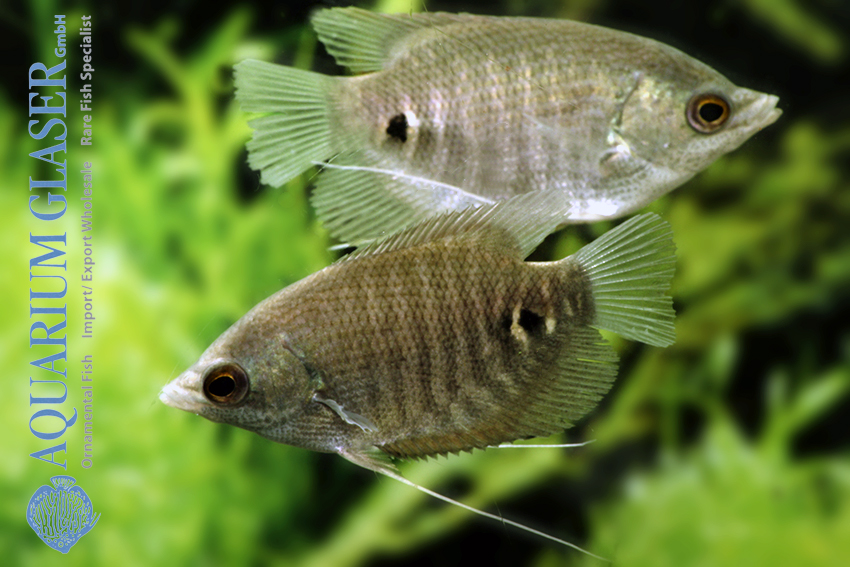 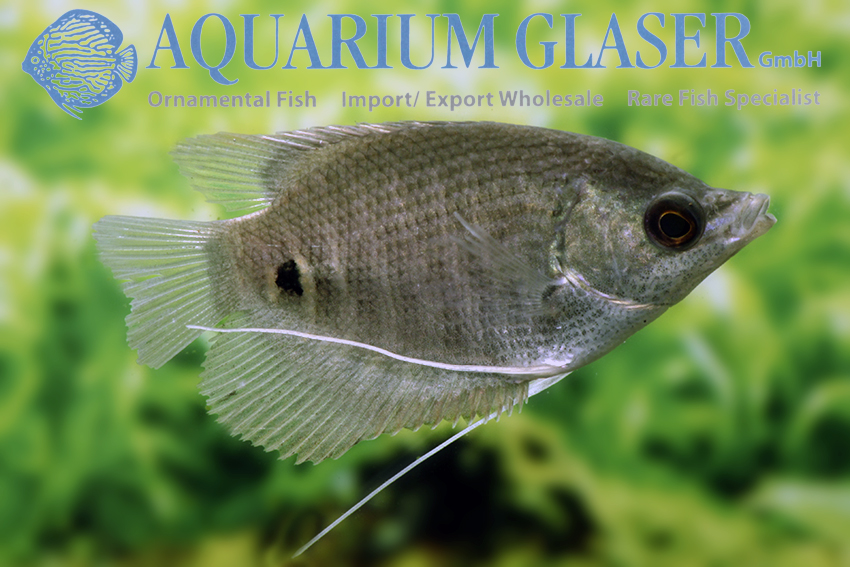 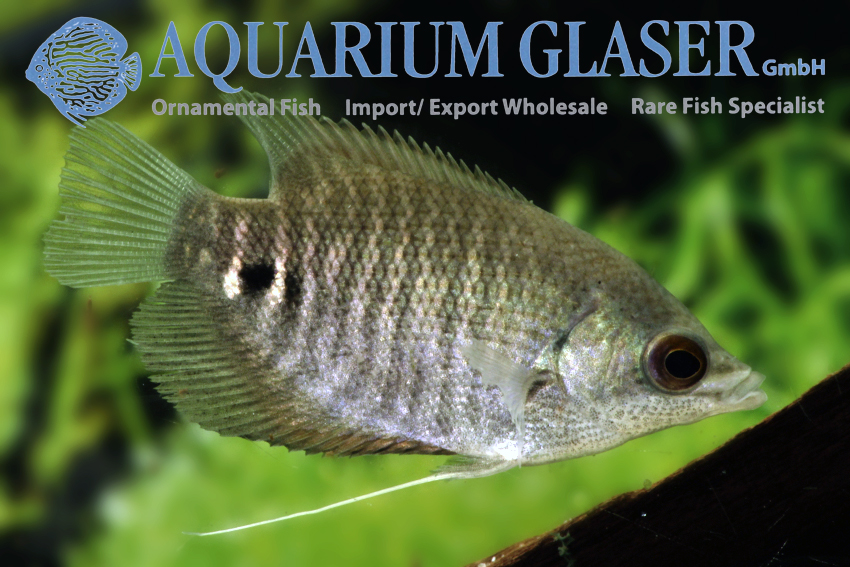 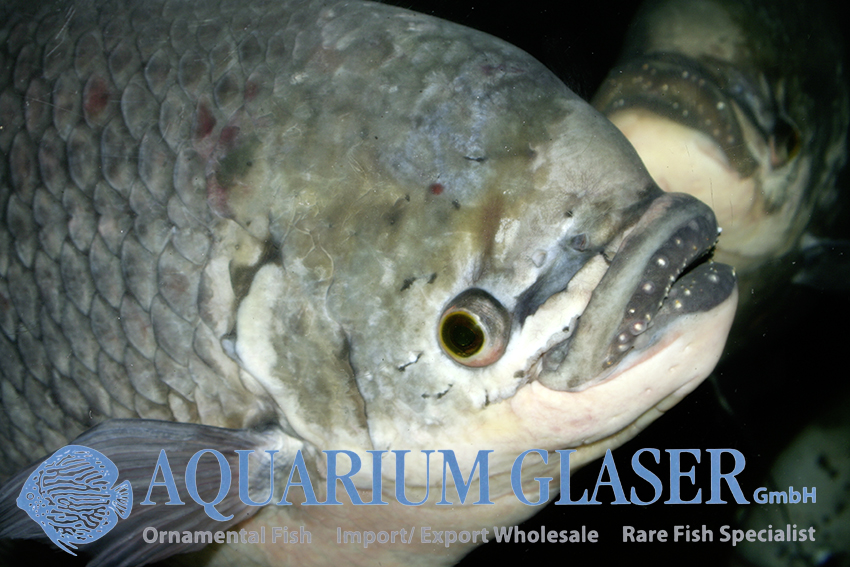 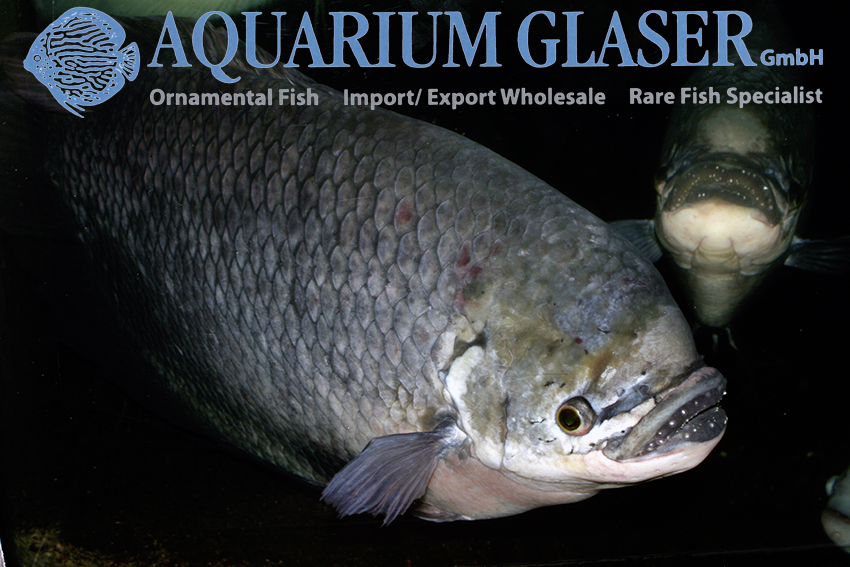 Juvenile giant gouramis of all species are pretty aggressive against each other. Only after the puberty – at a size of 15-20 cm – this aggressiveness becomes less. In very large tanks one can try nevertheless to keep a number of juveniles together, but even under these conditions some fin damage will be rather normal. Who does not like this is recommended to keep juveniles singulary until they have a size of about 20 cm and then accompany them with conspecifics in a very large tank. Adult giant goramies are quite peaceful against their own kind. Other fish, by the way, are usually ignored by giant gouramies in all live stages. O. exodon becomes about 60 cm long.

Osphronemus exodon is a real rarity; after quite a lomg time we were able now to import again some juvenile, 5-6 cm long specimens.

For our customers: the animals have code 440793 on our stocklist. Please note the we exclusively supply the wholesale trade.