For the first time we can offer a good number of German offspring of the freshwater stingray Potamotrygon orbignyi. Because of the extreme variability in colour this species, which was already scientifically described in 1855, is difficult to determine. The type specimen that Castelnau had at hand came from the Rio Tocantins in Brazil. As there are rays of this type in practically the whole of tropical South America east of the Andes, the question now is whether they all represent the same species, or whether they are in fact not just similar-looking but different animals.

The offsprings now show very nicely that the high colour variability, which is observed in imports, also occurs in the offsprings. From strongly patterned to almost monochrome ochre-coloured animals everything is represented. As a constant colour feature, a dark line behind the spiracle (i.e. the gill opening on the backside) shows up; possibly this inconspicuous detail plays a bigger role in the determination than was previously thought. After all, this colour feature is also visible in the drawing of the type specimen from 1855, which, as a dry preparation, hardly shows any colour features.

We got one single specimen of an extremely unusual ray from Peru; it is a female. In terms of colour, it is completely similar to a ray that is called P. sp. Mantilla and that we previously received from Paraguay (https://www.aquariumglaser.de/en/fish-archives/potamotrygon-sp-mantilla-ray-en/). It may be a rare colour variation of the Potamotrygon tatianae, which was described in 2011 (this species was usually assigned to P. castexi before it was described and exported from Peru as “Otorongo” or “Tigrillo” ray). In any case this beautiful animal is a fish for people with a thirst for research and a very large aquarium, because it can be expected that the animal will reach a good 60 cm disc diameter.

Potamotrygon orbignyi belongs to the comparatively smaller species and reaches “only” about 35 cm disc diameter.

For our customers: the offspring of P. orbignyi have code 282673 and the Mantilla Ray code 282534 on our stocklist. Please note that we only supply wholesale. 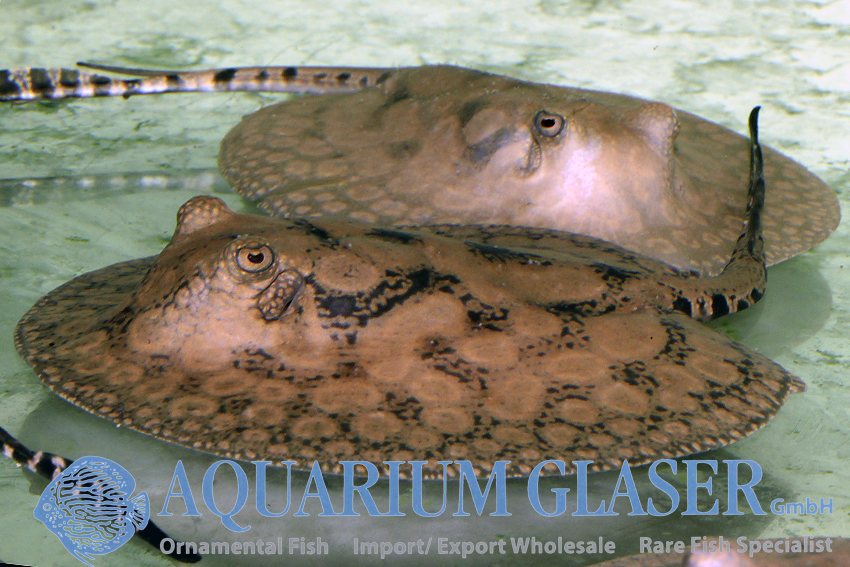 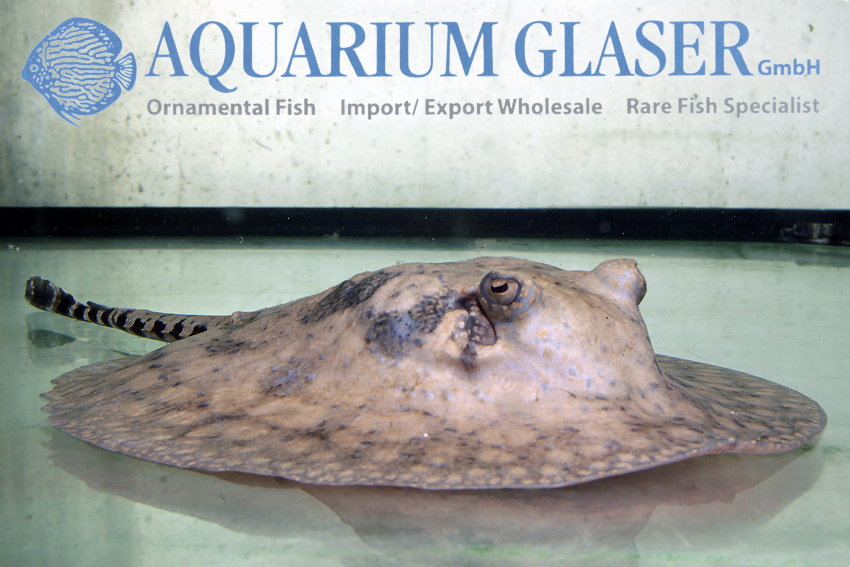 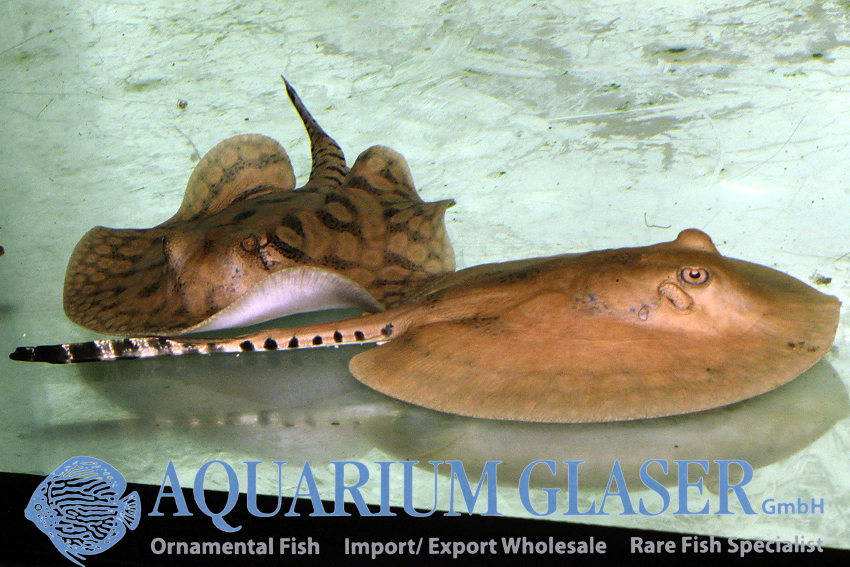 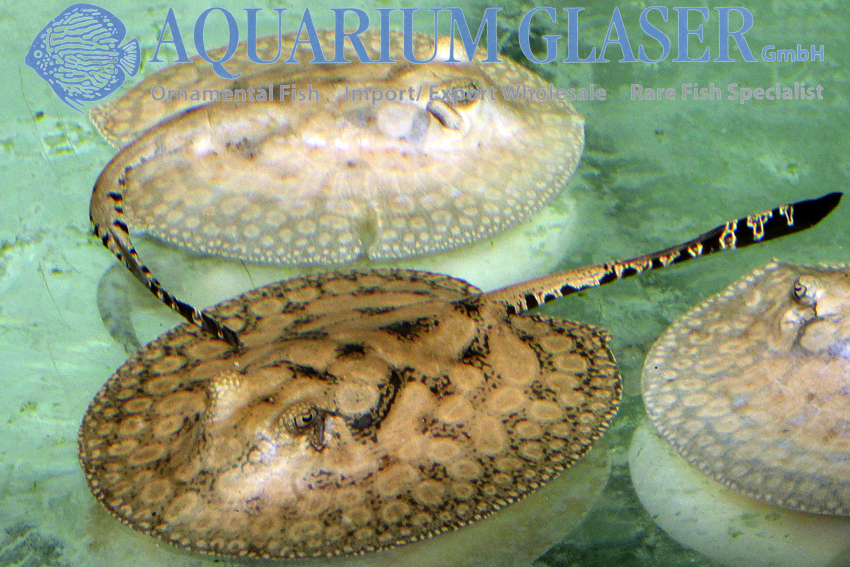 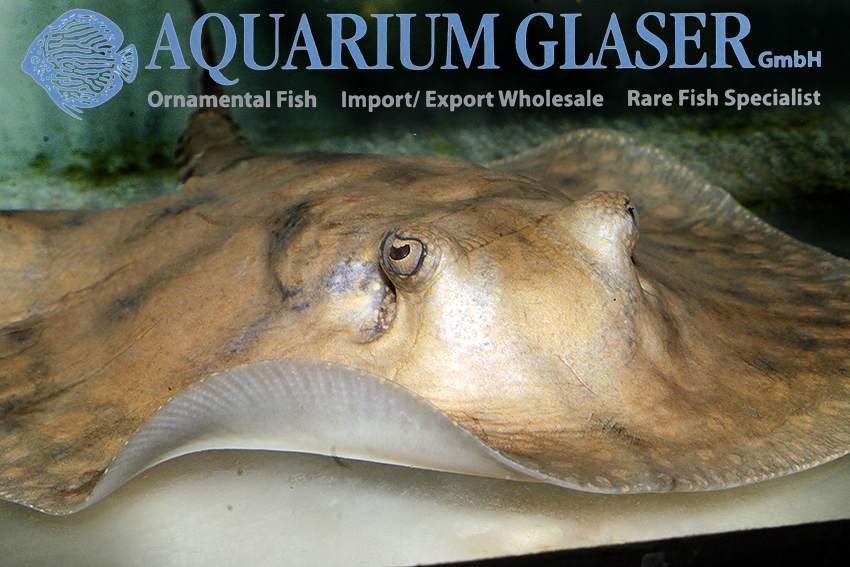 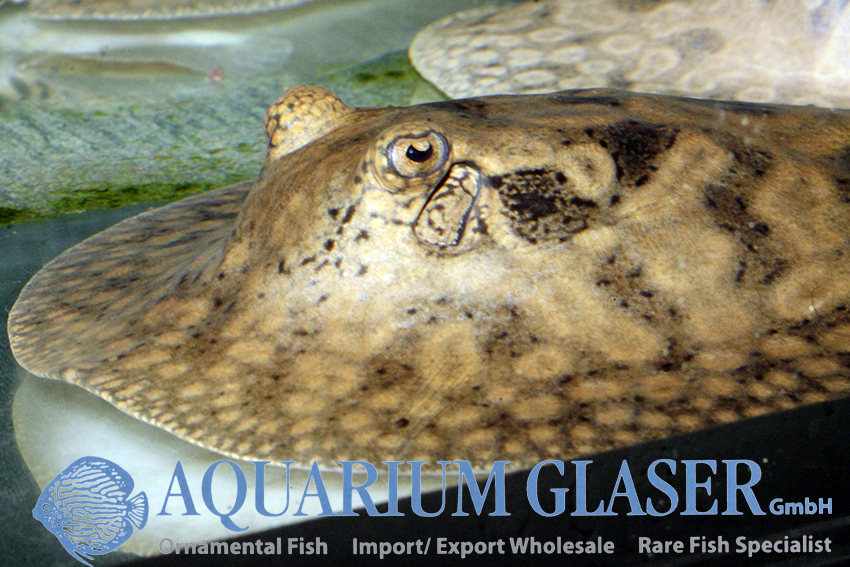