Pseudohemiodon laticeps from Paraguay belongs to the longest known mouth-breeding Whiptail Catfish in the hobby, even if this large (up to 35 cm) species with its species-specific broad, triangular head was confused for a long time with the very similar, narrow-headed species P. platycephalus from Brazil. Mostly one sees both species in a fawn-brown colouring with a darker wormline pattern; concerning the colouring there are actually no differences between the two species.

Through the imports of P. sp. “Chamaeleon” from Peru and P. apithanos from Venezuela, attention was drawn to the wide colour spectrum that can also be shown by Whiptail Catfish. We currently have a consignment of wild collected specimens of P. laticeps from Paraguay in stock, where some specimens show a dark coloration, which is so far unknown to us from P. laticeps. It is possible that breeders will develop a contrast-colored strain of P. laticeps from such animals – who knows?

These Whiptail Catfish require aquariums with the largest possible floor area, as little decoration as possible, fine sandy bottom and good water hygiene. All common fish feeds can be used as food, but large live bloodworm are an ideal food for the animals. Especially Pseudohemiodon laticeps can be kept in moderately heated aquariums due to its southern origin, because in its home country the water temperature drops to values around 16°C at least during certain seasons.

For our customers: the animals have code 284303 on our stocklist. Please note that we only supply the wholesale trade.

Floundercatfish are very popular with catfish lovers because they combine an interesting appearance with the interesting mouth brood care. Some species become quite big, so P. laticeps from Paraguay, that can become well and gladly 35 cm long, but there are also smaller species. Among the latter are two scientifically seemingly not yet described species from Peru, one rather drawingless and one with a dot and worm line pattern on the head. The first is called in the hobby as P. sp. Peru I (it has, apart from the coloring also particularly large ventral fins) the second as P. sp. Peru II. Both types become 12-15 cm long, in addition comes a well body-long filament at the upper end of the tail fin. We can currently offer some almost full-grown specimens of P. sp. Peru II as German offspring. 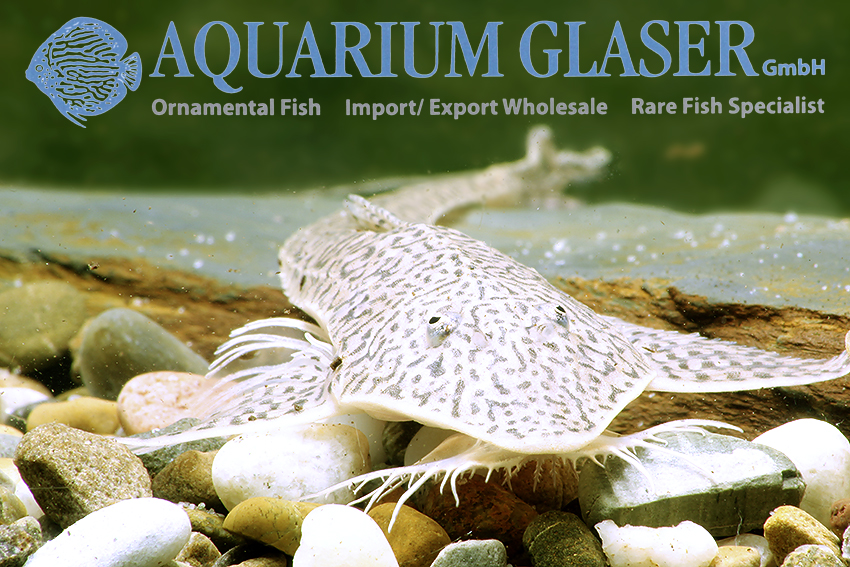 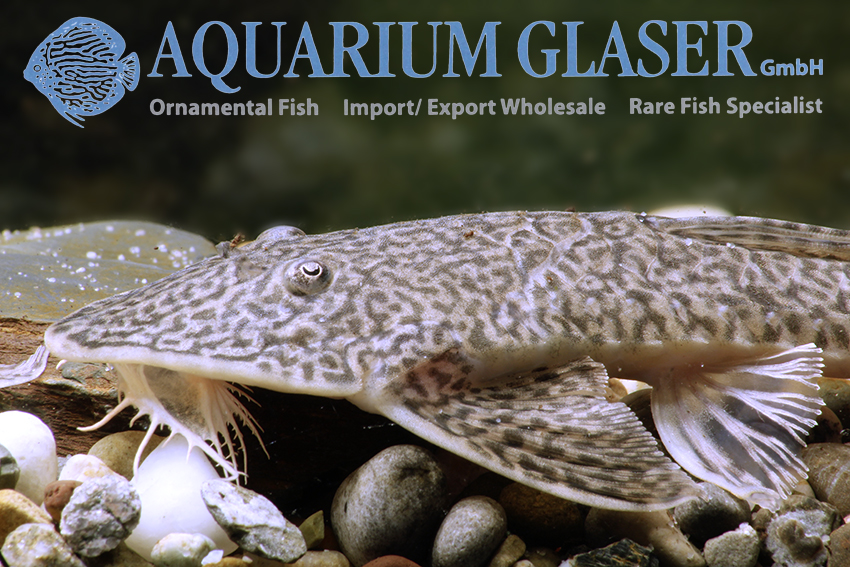 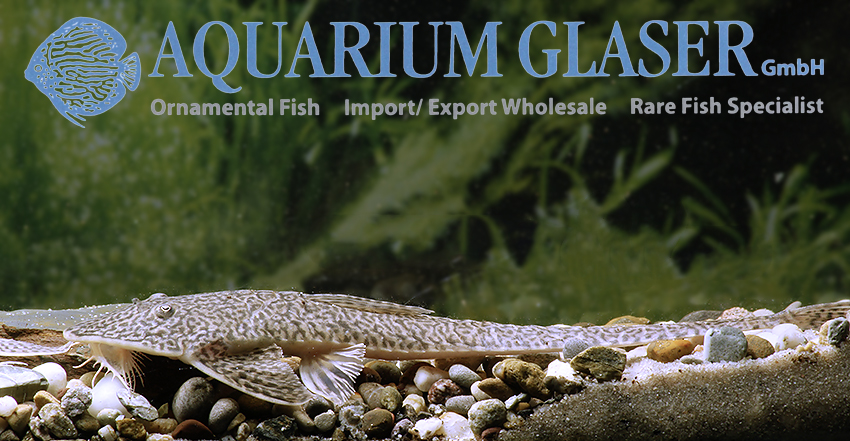 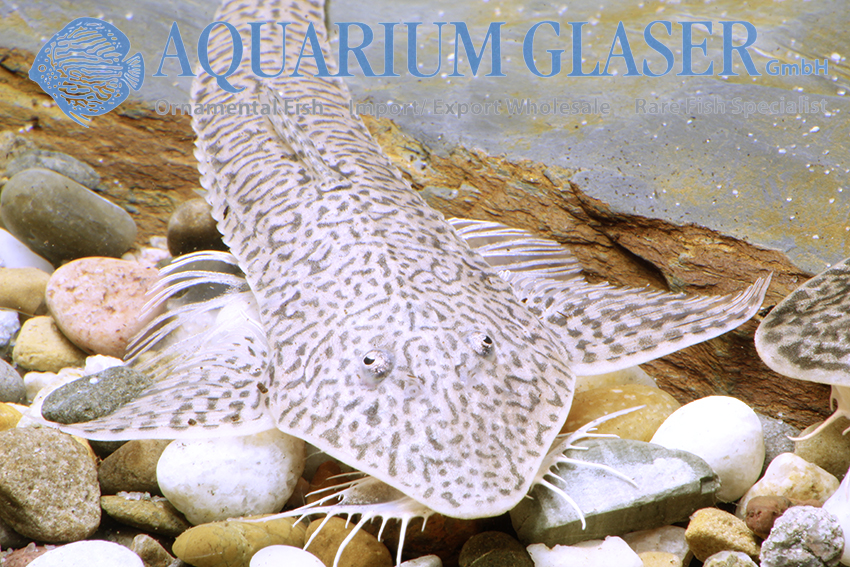 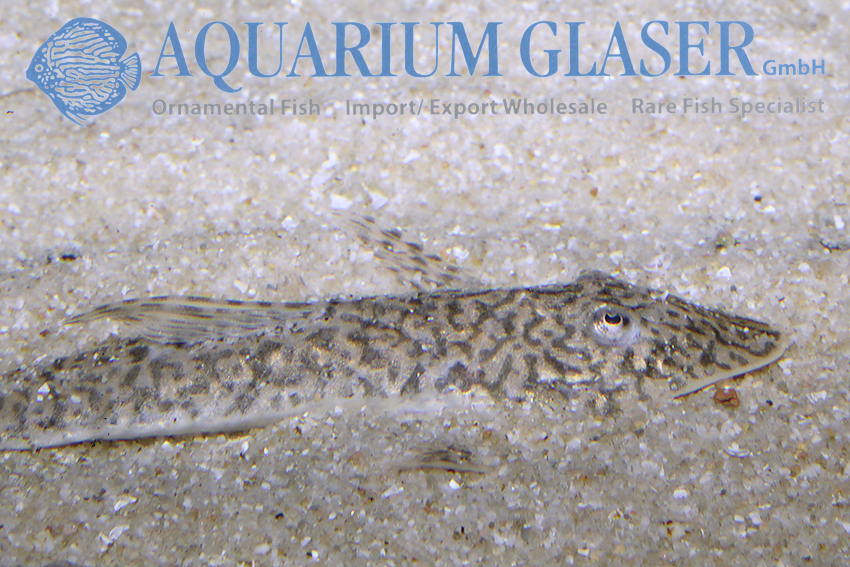 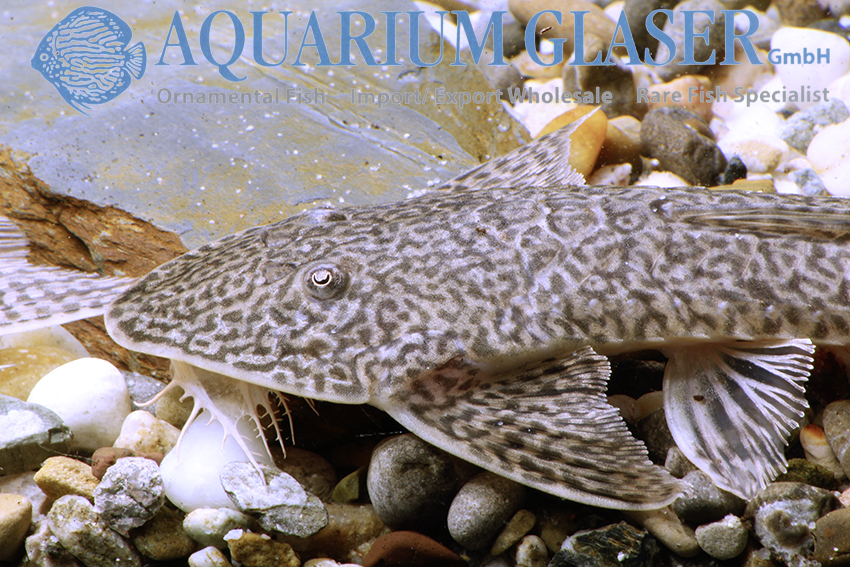 For our customers: the animals have code 284564 on our stocklist. Please note that we only supply the wholesale trade.

Recently we received red chameleon whiptails (Pseudohemiodon apithanos) from Colombia. The coloration of the eight specimens (a ninth was a “normal” apithanos, which we also received) is really fantastic. Red variants can be found in different loricariid catfish, think of Hemiloricaria and Ancistrus, but for the genus Pseudohemiodon they are not known yet. 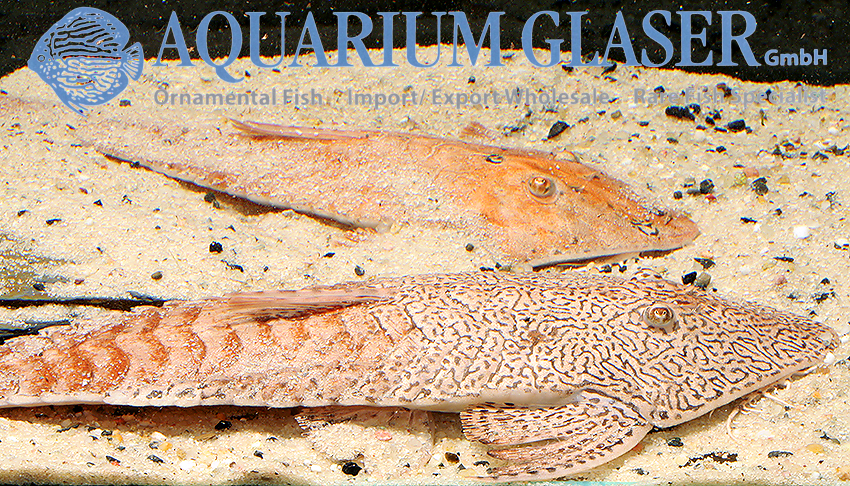 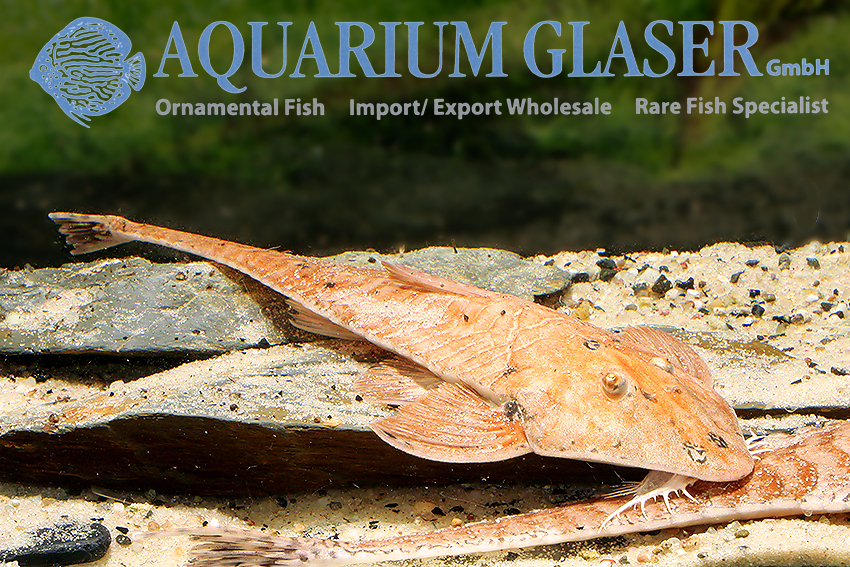 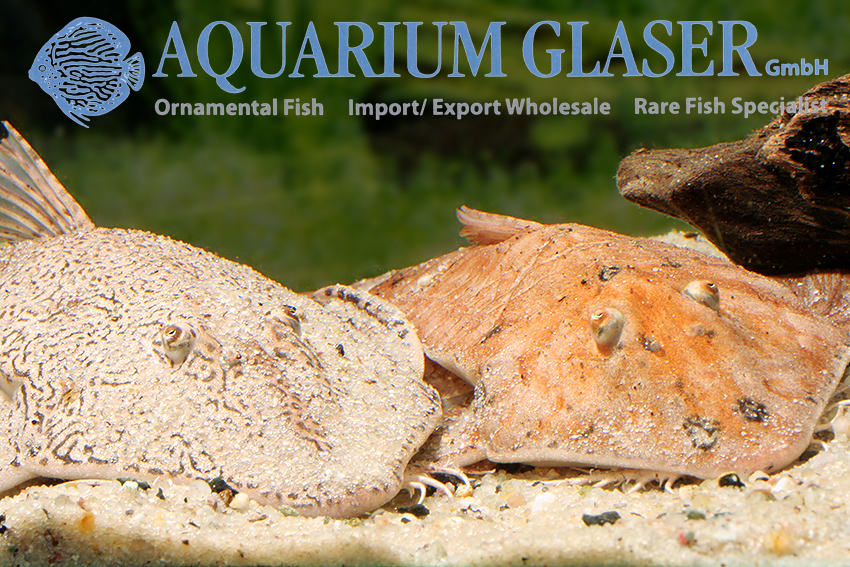 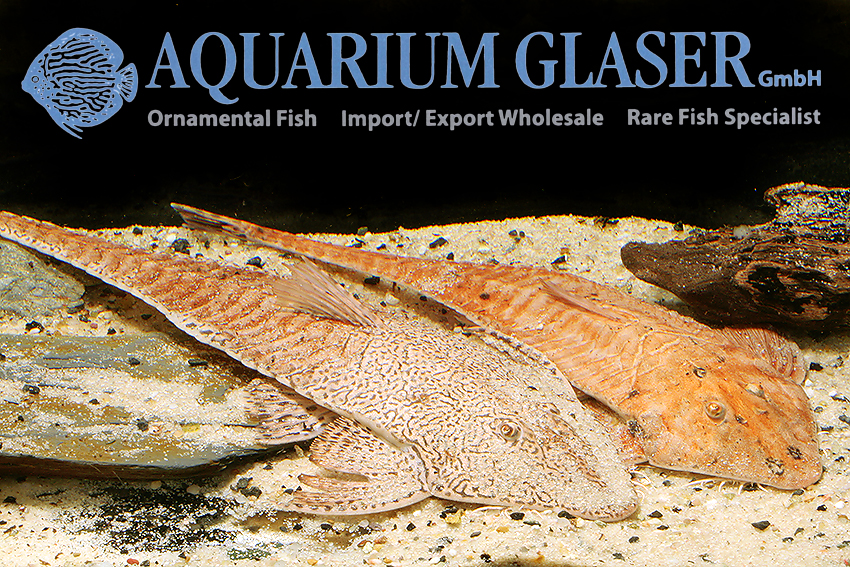 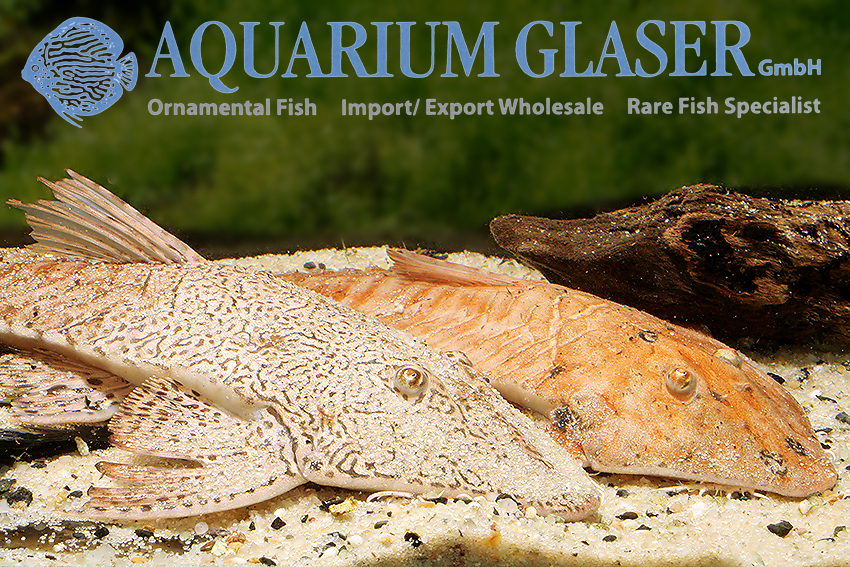 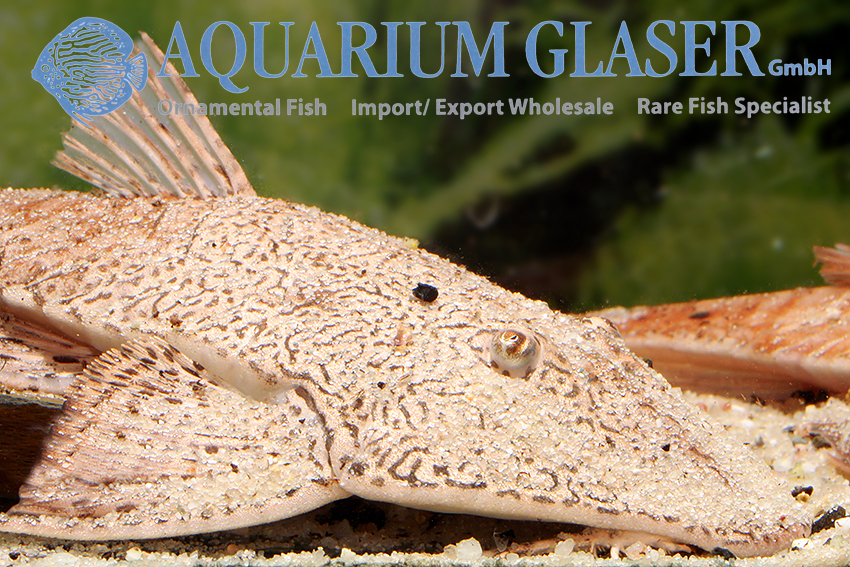 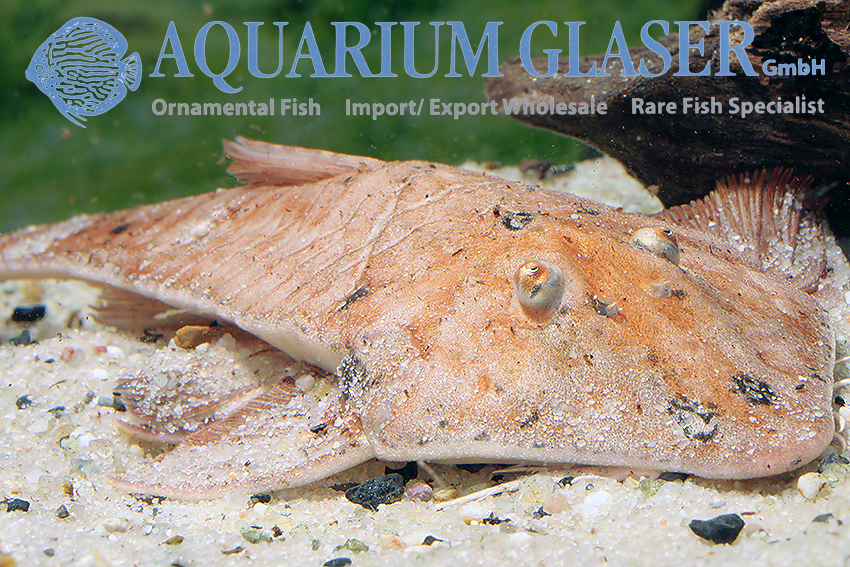 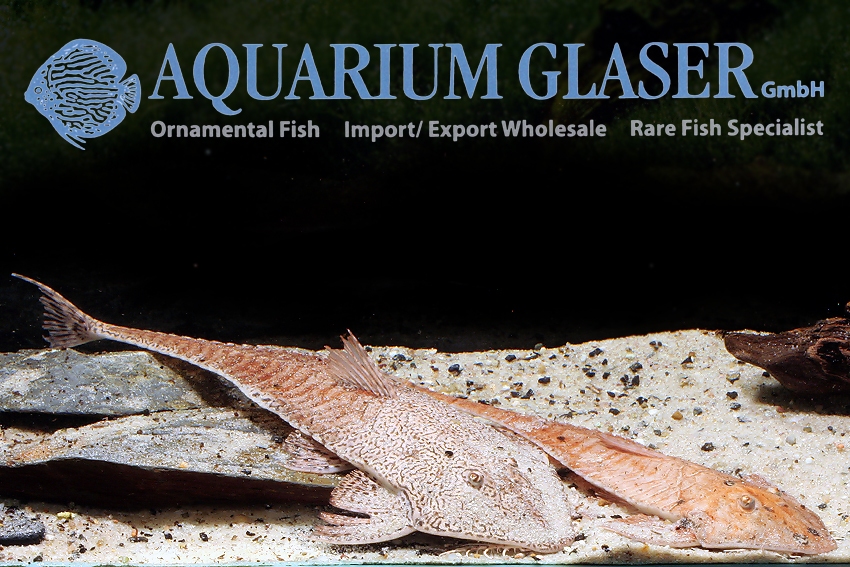 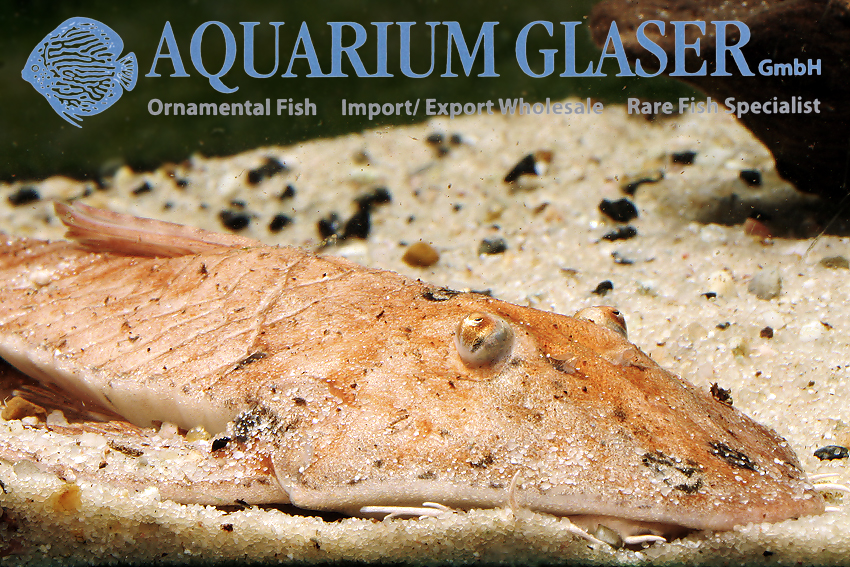 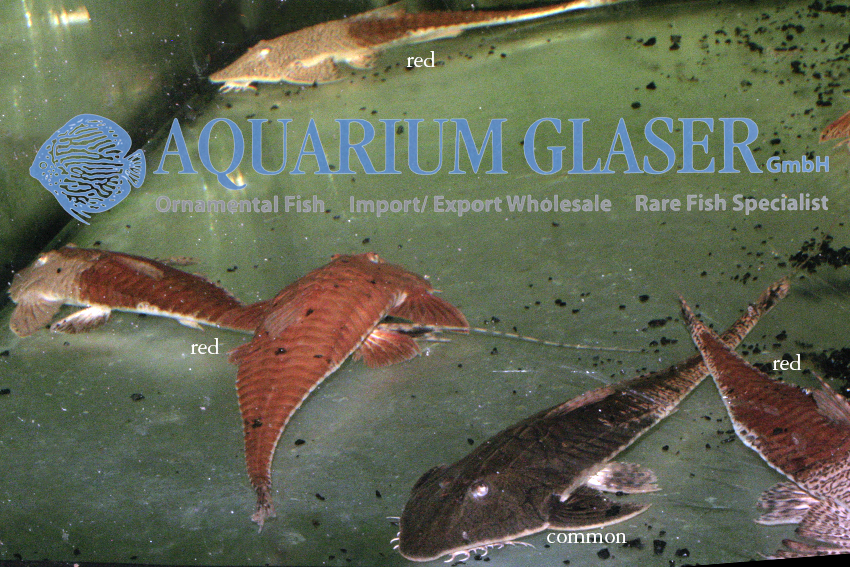 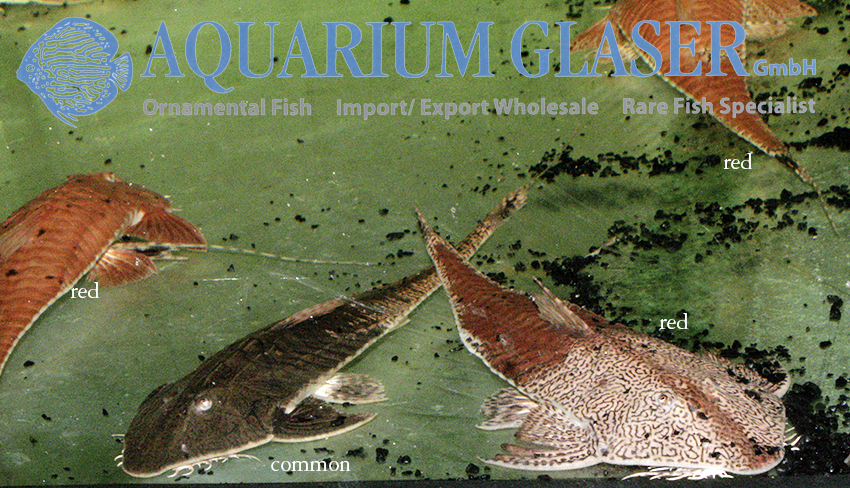 The individual coloration of this species is of secondary importance, each animal can change color massively in a very short time. However, the red colouring remains in all moods, as the pictures, which we attach to this post in addition to the photos taken in the photo tank to show the variance of the animals, clearly prove.

For our customers: the animals have code 284219 on our Stocklsite. Please note that we only supply wholesalers.