What is the saying? Who does not ask, remains stupid. In the case of the rock cichlids of Lake Malawi, the so-called Mbuna, it is undoubtedly the garish, bright colors that initially attract attention and led to the much quoted comparison with coral fish. In fact, the colors of the mbuna have primarily the same task as those of the coral fishes: a demarcation against other species as clear as possible. This makes it easier to recognize one’s own species and this in turn avoids fights, because with members of other species there is no need to fight so intensively for available food (other species usually eat something else) and for females.

Among the most combative mbuna of all is the type species of the genus Chindongo, C. bellicosus, which was described along with the genus in 2016. The species name “bellicosus” means “warlike”! Chindongo includes the species C. ater, C. bellicosus, C. cyaneus, C. demasoni, C. elongatus, C. flavus, C. heteropictus, C. longior, C. minutus, C. saulosi, and C. socolofi. They are among the smallest mbuna and – at least in the wild – barely exceed 8 cm in length. In the aquarium, however, they can grow 50% larger.

In many mbuna, also in quite a few Chindongo, there is a clear gender dichromatism. In other words, sexually mature males are colored differently than females. Juveniles all look like females. Why? Because only sexually mature males defend territories and indicate with flaunting colors that they cordially invite any passing female to mate with them. Other males in showy colors, on the other hand, are beaten up. So far, so logical. But why are there species, like Cindongo socolofi, where males and females cannot be distinguished optically? Only the egg spots in the anal fin are missing in the females or are at least less pronounced. Why this? There is no answer to this question yet.

Maybe you will find out, dear reader? In any case, we have just pretty, fully colored and with 6-7 cm length almost fully grown Chindongo socolofi from Southeast Asian breeding in the stock. By the way, this species is relatively peaceful in the aquarium. So the opportunity to explore is there: go ahead!

For our customers: the animals have code 573202 on our stocklist. Please note that we only supply wholesale.

Where does a species start, where does the location variant end? This question is really difficult to answer for some groups of fish, e.g. killies and cichlids from Lake Malawi and Lake Tanganyika. In the case of Pseudotropheus sp. “Acei” from Lake Malawi, the species is not described scientifically. Mostly the light blue, yellow-fin “Acei” from the area around Msuli is in trade at the moment. (https://www.aquariumglaser.de/en/fish-archives/pseudotropheus-sp-acei-2/). But the “White Tail” from the area around Ngara has been swimming in the enthusiasts’ basins for a longer time, since about 30 years. It is very dark, often almost black, to which the white caudal fin and the other light-coloured fin elements contrast wonderfully.

Like all “Aceis”, the “White Tail” is a hardly aggressive animal; in nature swarms with thousands of individuals have been seen. This species does not form territories. In the lake the fish feed primarily on algae, which they graze on trees that have fallen into the water. In nature these cichlids grow to about 12 cm (males) and 10 cm (females) in length, but in the aquarium they can become considerably larger. One should not feed these fish with a high protein diet, then they will remain more graceful and more colourful.

Like all cichlids from Lake Malawi the “Acei” also requires a pH-value above 8; otherwise the care is completely problem-free. Whether you keep more males or more females or even just groups of males is ultimately a matter of taste. But less than 5 individuals should not be kept in the “Acei”, otherwise the species-specific behaviour will not come into effect.

For our customers: the animals have code 568362 on our stocklist. Please note that we only supply the wholesale trade.

It is hard to understand why such a well-defined and unique species has not yet been scientifically described, although the animals have been kept and bred in the aquarium for decades. And yet it is; “Acei” is a pure popular name and not a scientific name. The species can be found in several different coloured populations in Lake Malawi. In contrast to many other species of the Pseudotropheus relationship it is not a rock dweller (“Mbuna”), but the fish are specialized in sandy areas, where they are mainly found where trees or branches have fallen into the water near the shore. There these animals, which do not form any territories in nature, graze in troops (usually three to ten animals, but there are also populations which form swarms with several hundred individuals), the Aufwuchs from the branches. In the „Acei“ males and females are colored to a large extent equally. In the nature, these fish usually don’t become longer than 12 cm, rather rarely up to 14 cm (males) or 12 cm (females), in the aquarium, however, they can become almost 18 cm long because of the essentially more substantial food and the at least 3-4 times so long life span (compared with wild animals). 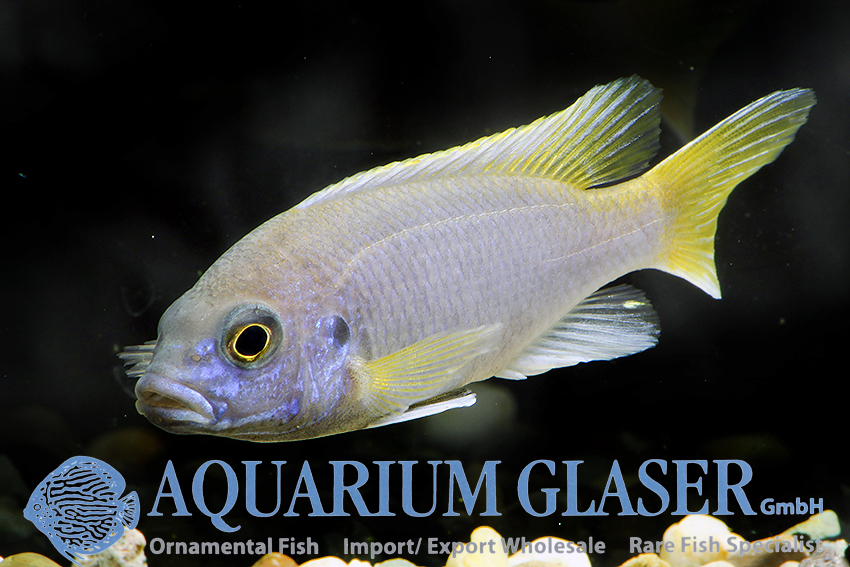 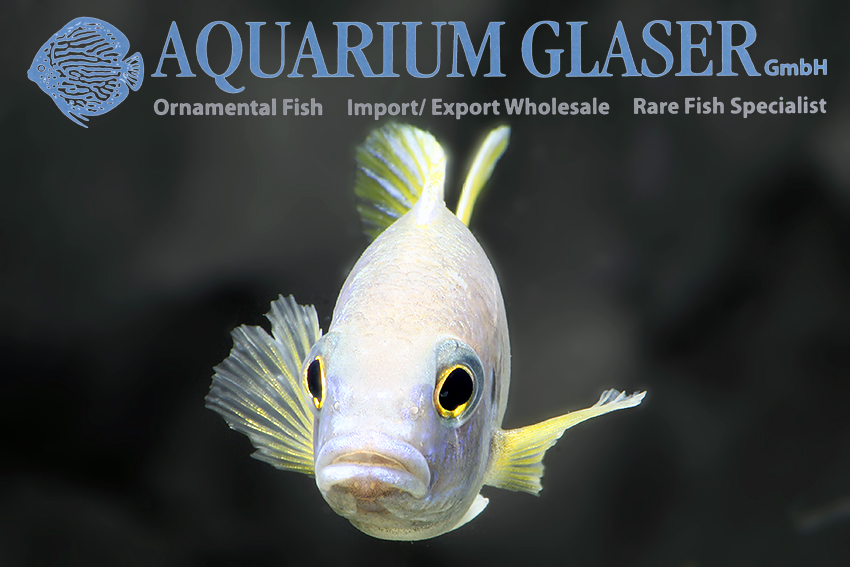 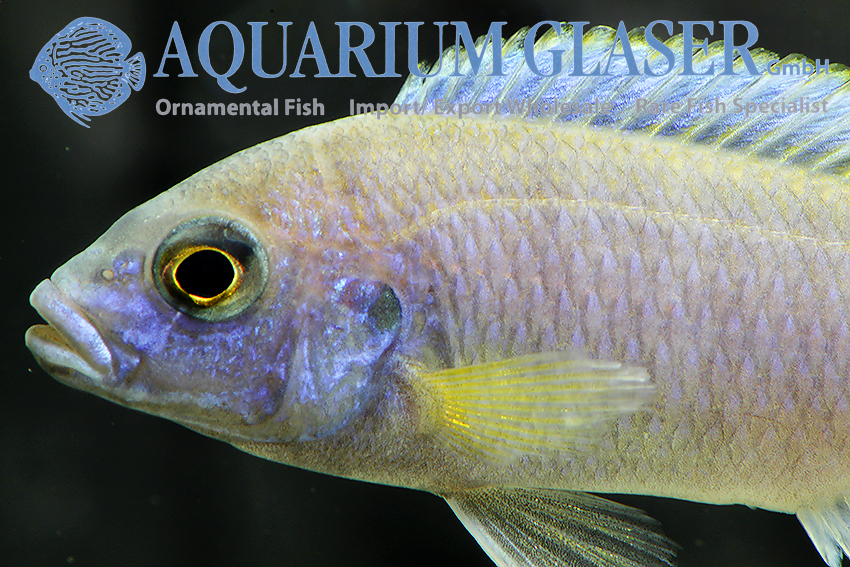 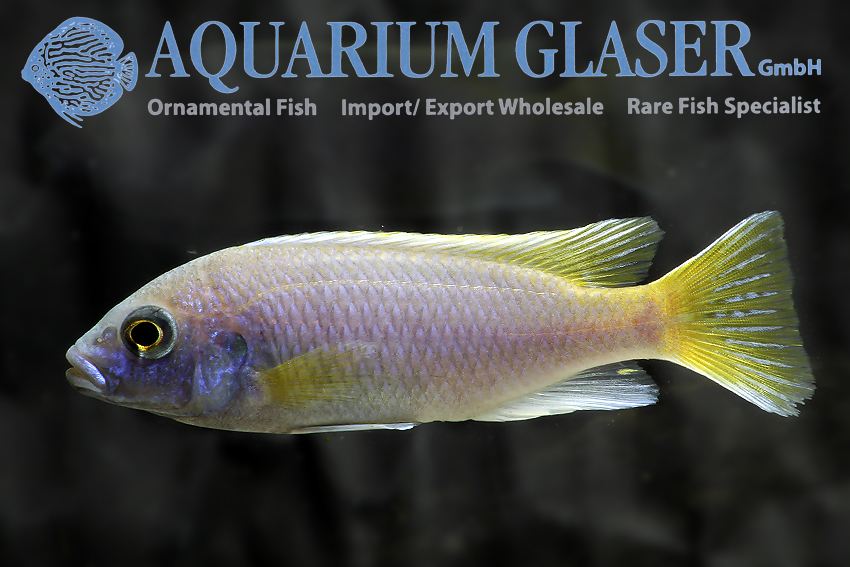 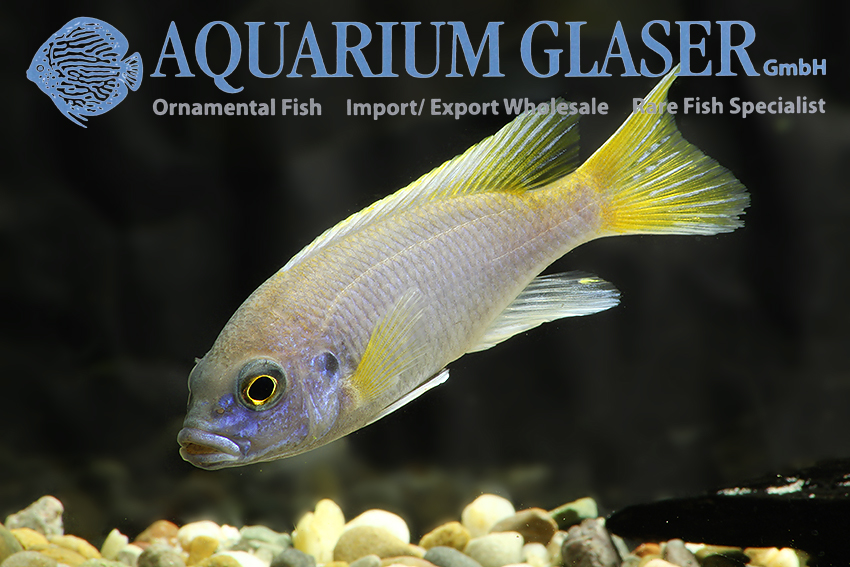 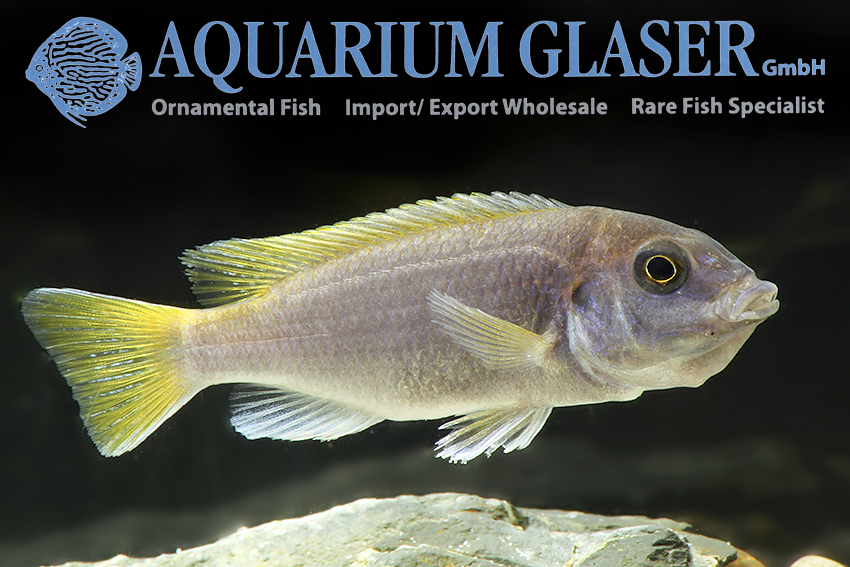 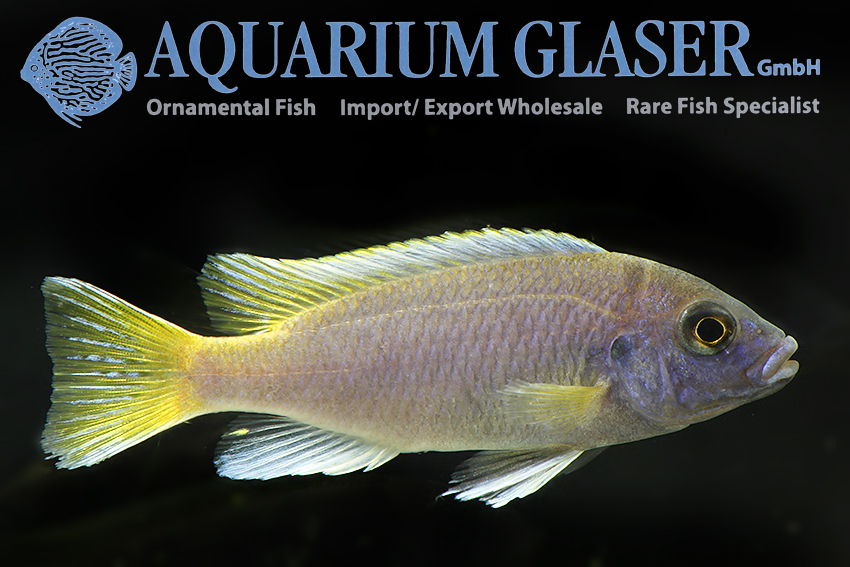 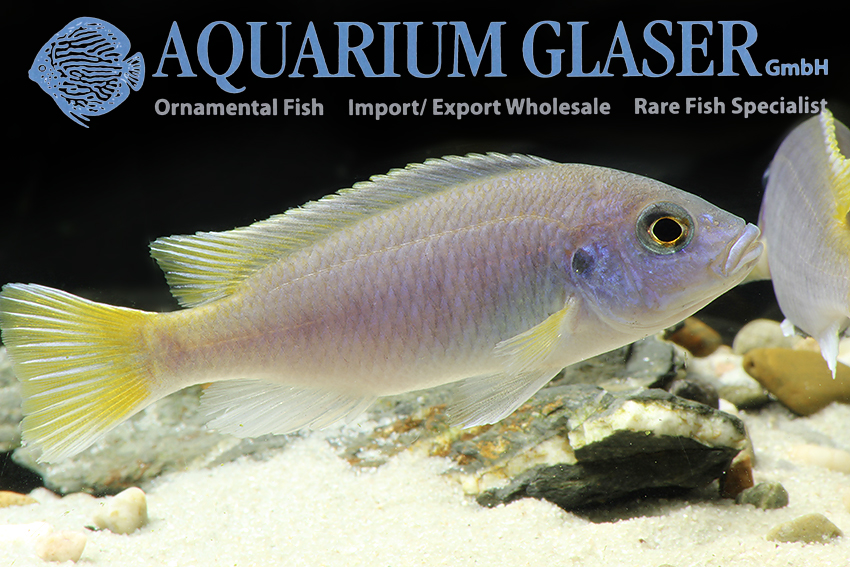 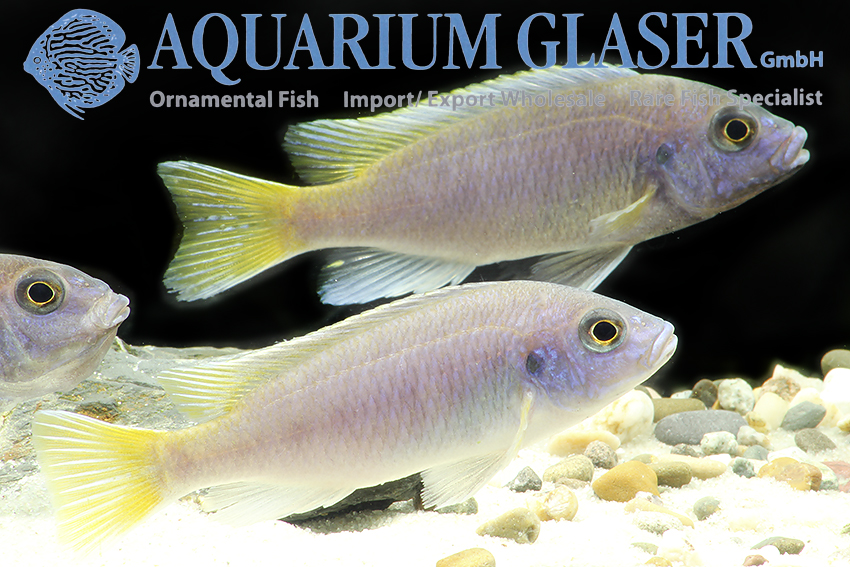 In the hobby currently most widespread is the yellow finned local form, which occurs e.g. near Msuli; this is also the variant, which we currently have in the stock.

For our customers: the animals have code 568204 on our stocklist. Please note that we supply exclusively to wholesalers.