It was believed for quite a long time that the genus Auchipterichthys would contain only one or two, very far spread species. In 2005 Ferraris, Vari, and Raredon revised the genus and could show that in reality four different species are involved. The species that was thought so far to be the most common in the hobby turned out to be restricted in distribution to the upper Rio Madeira basin: A. thoracatus. The most often imported species from the Amazon river basin is A. coracoideus and the most widespread species of the genus A. longimanus.

As early as 1840 a species of Auchenipterichthys was described by Cuvier and Valenciennes under the name of Auchenipterus punctatus. The species was forgotten for a long time, only 1996 it was „rediscovered“ and placed in the genus Auchenipterichthys. This is the only species in Auchenipterichthys with clearly visible round spots and so pretty easy identifyable. So far it has been reported only from the upper Orinoco and the Rio Negro in Venezuela, and from the central portion of the Amazon river in Brazil. The maximum size the species can attain is about 15-20 cm.

Now we were able to import Auchenipterichthys punctatus that were collected in Venezuela. It is quite astonishing that the females, despite they are only 6-7 cm long, already show a belly swollen from eggs.

For our customers: the fish have code 209653 on our stocklist. Please note that we exclusively supply the wholesale trade.

Among the imports from central Africa this beautiful catfish is a real rarity. It is known so far only from the central Congo basin. From that region only few fish are imported regulary. 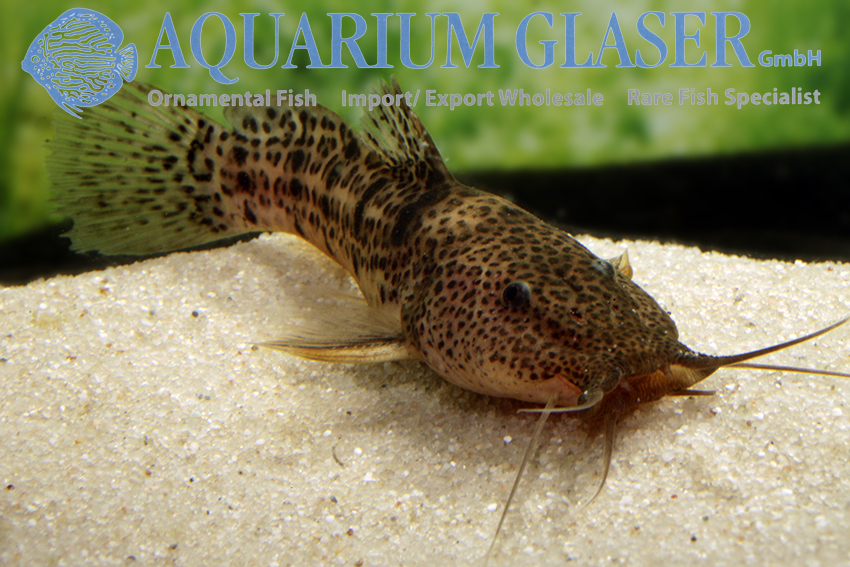 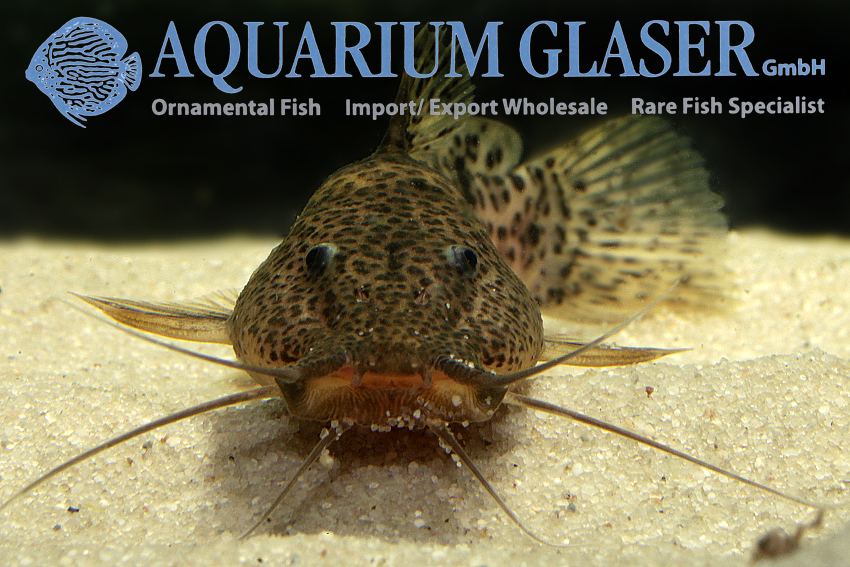 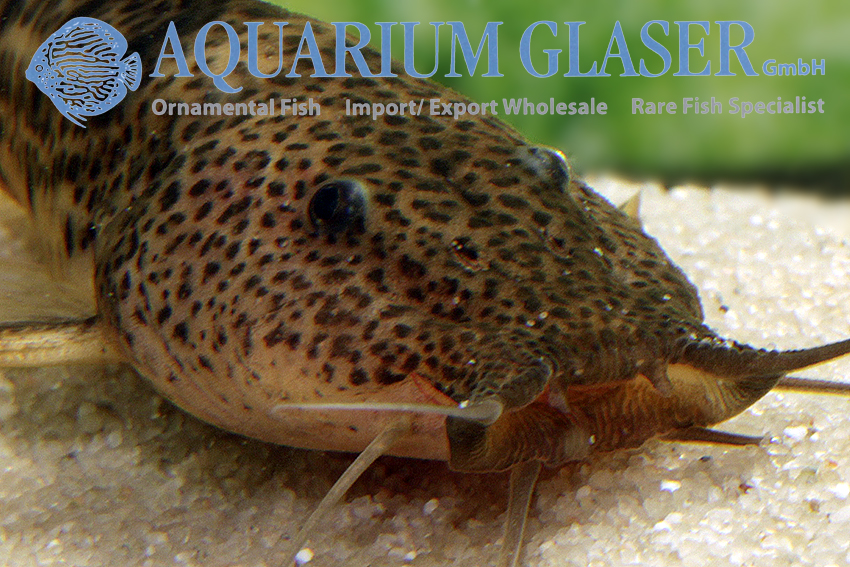 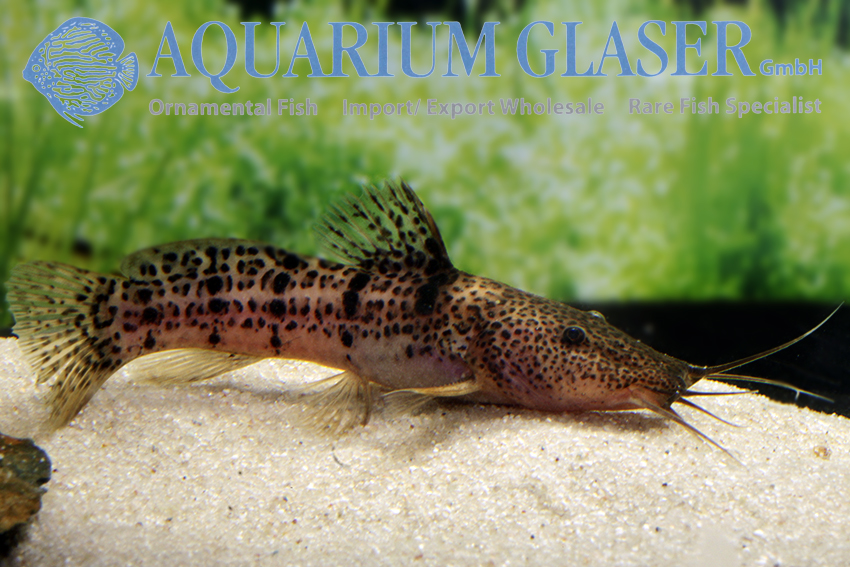 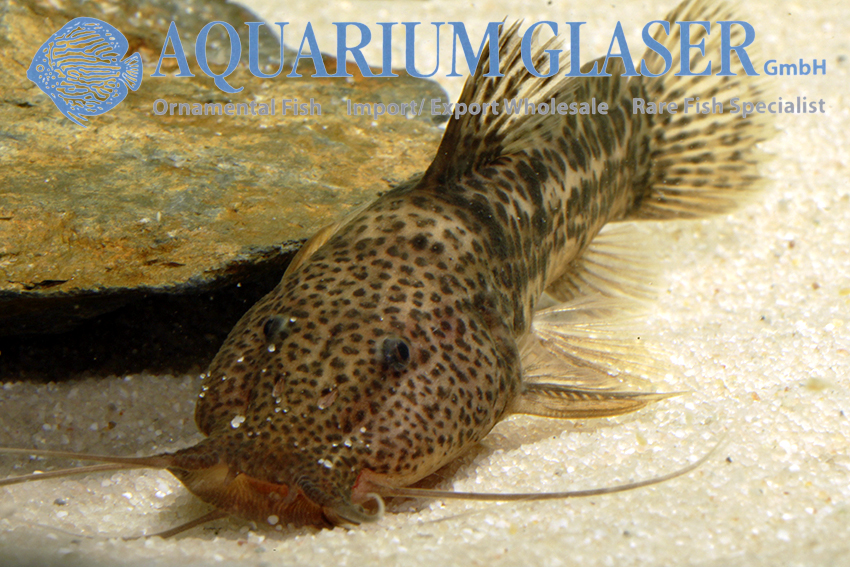 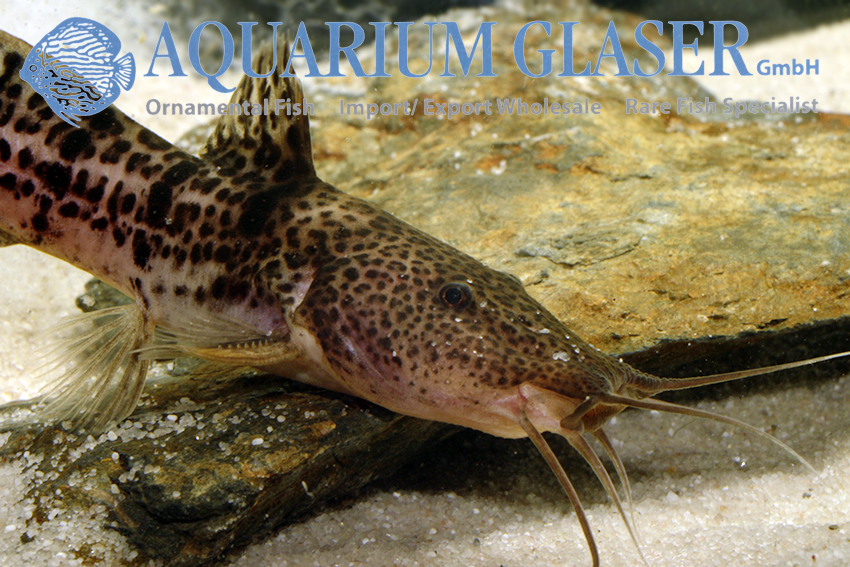 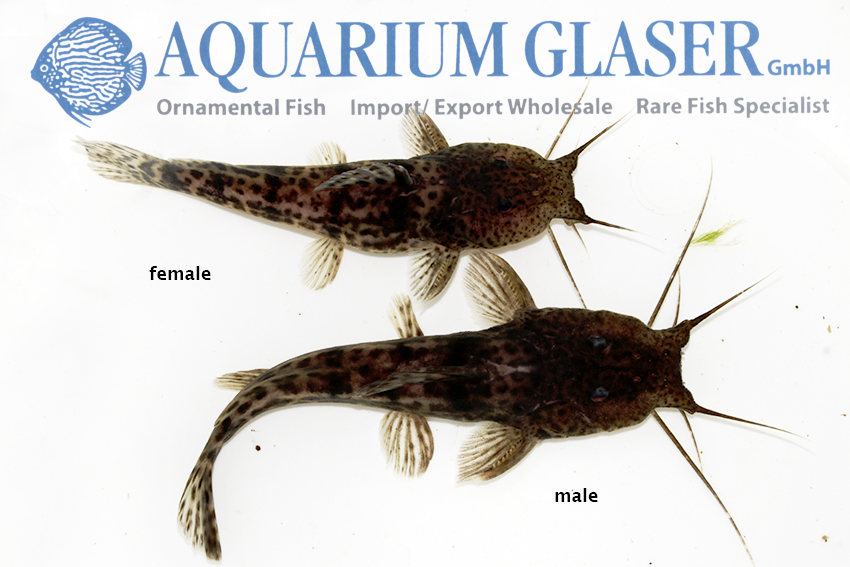 The species attains a length of approximately 40 cm. Thus it is a perfect tankmate for show aquaria with larger species of cichlid, barb or tetra. Interestingly the gut of specimens in the field contained only parts of plant material, insect larvae and shrimp, but no fish. Nevertheless it seems not wise to keep too small fish along with them.

It is also very interesting that our imported specimens (they have a length of 6-8 cm) already show a sexual dimorphism (body proportions, larger fins in males).

For our customers: the fish have code 100351 on our stocklist. Please note that we exclusively supply the wholsale trade.

This charming dwarf killi – it becomes only 3-4 cm long – reached us from Paraguay. The species is remarkable for several reasons. First of all this is the species of Rivulus that can be found most far in the south. R. punctatus can tolerate temperatures as low as 12°C for a short time. These are the temperatures a freshwater fish has to face in these southern parts of South America temporarily. 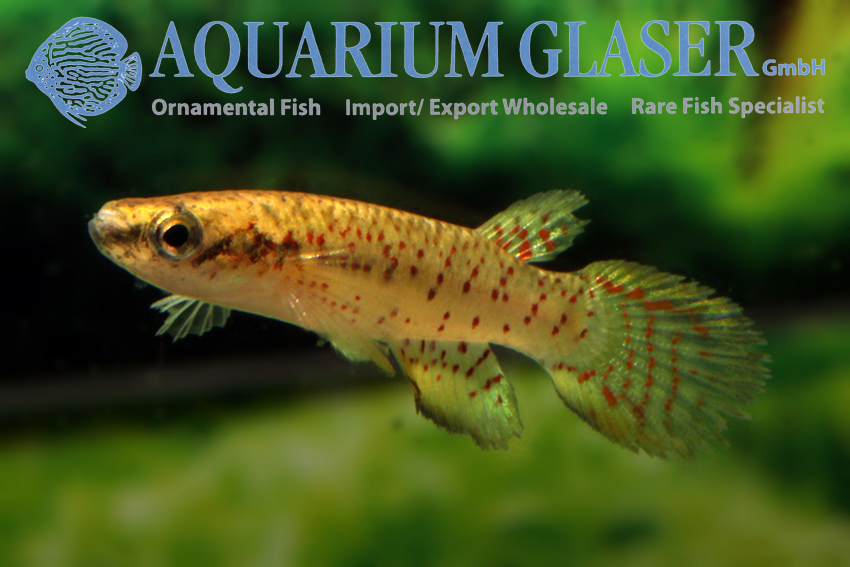 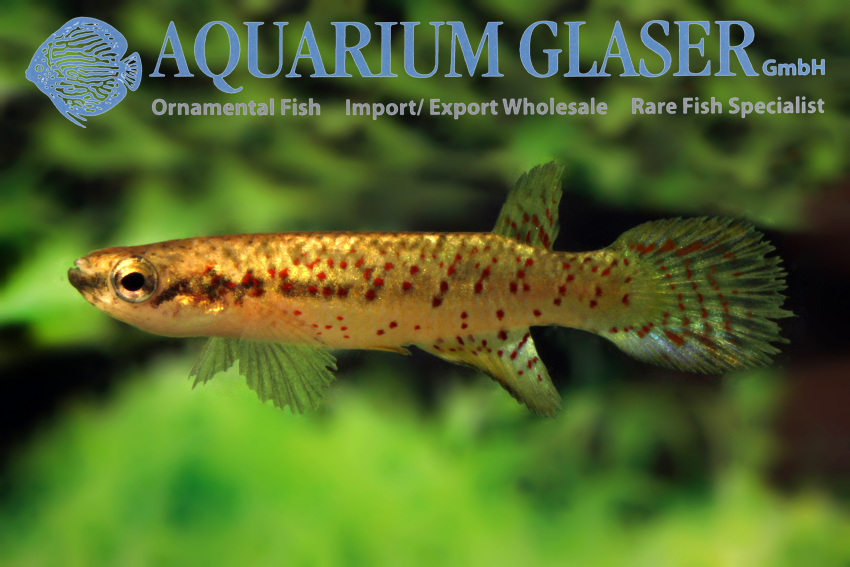 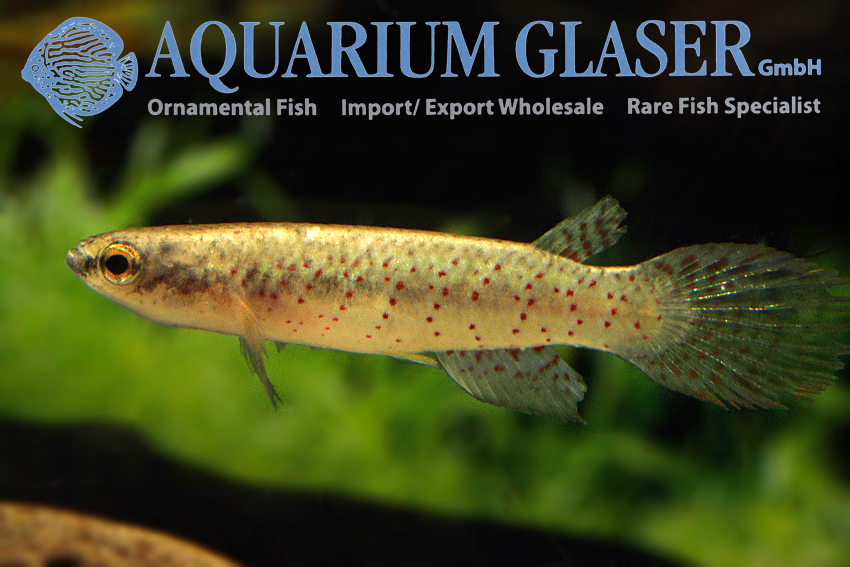 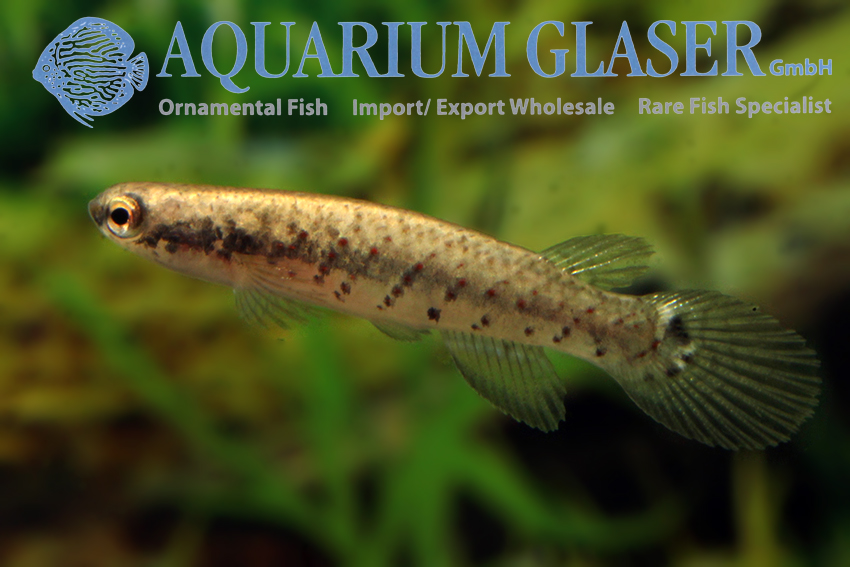 Another special feature of the species is the fact that the males can have very different patterns in the caudal fin.

Keeping and breeding Rivulus punctatus is rather easy. The species belongs to the subgenus Melanorivulus. However, there is one thing one must keep always in mind: these fish are excellent jumpers! This passion often costs their lifes. In the wild the fish wander through wet grasses and can often be found found from an open water. So the tank for R. punctatus must be covered absolutely closely.

For our customers: the fish have code 344002 on our stocklist. Please note that we exclusively supply the wholesale trade.