We obtained the charming algae snail Nerita polita from Thailand. This „racing snail“ is also known by the popular name of Polished Nerite. It inhabits large parts of the Indo-West-Pacific and is extremely common. It was described scientifically as early as 1758, the year of birth of the scientific naming of organisms, by Carl von Linné under the currently still valid name. 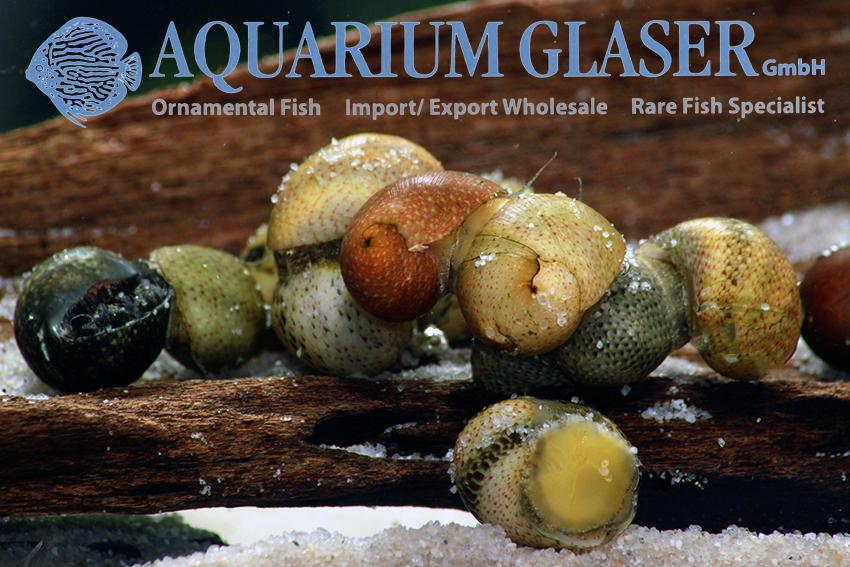 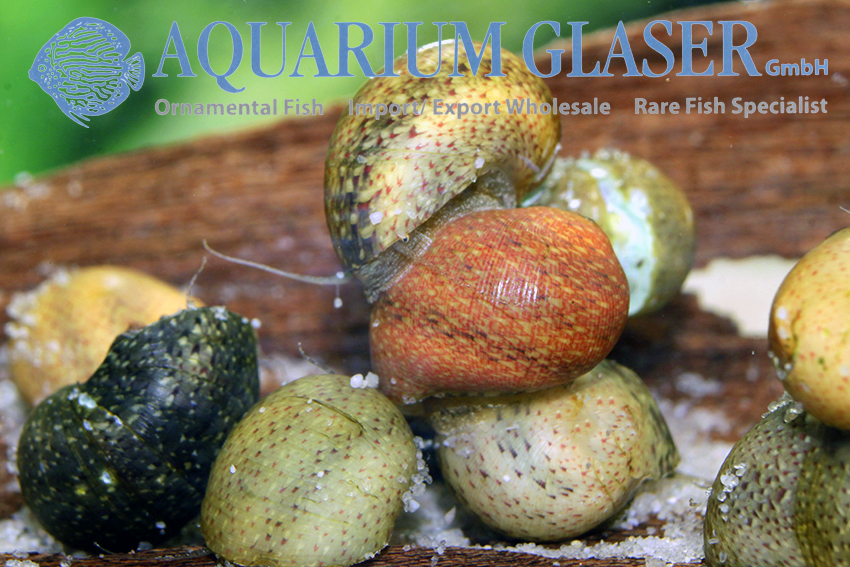 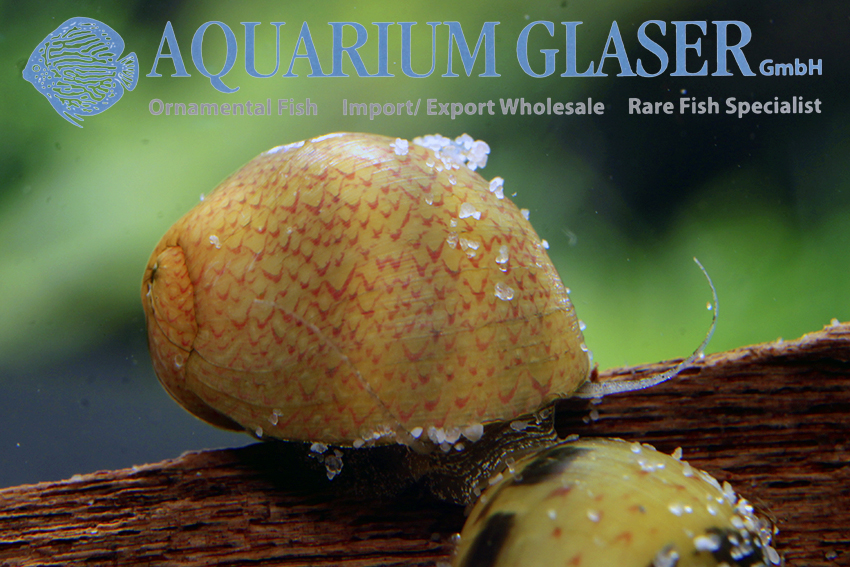 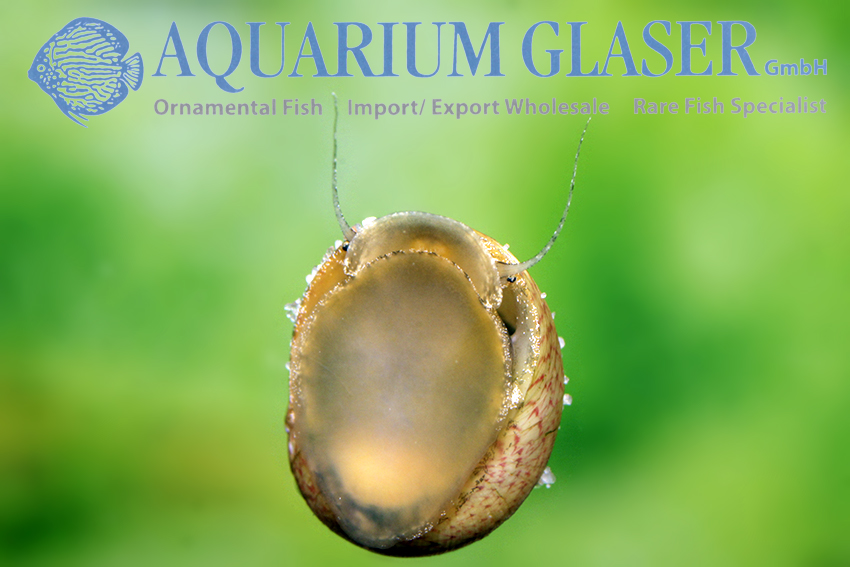 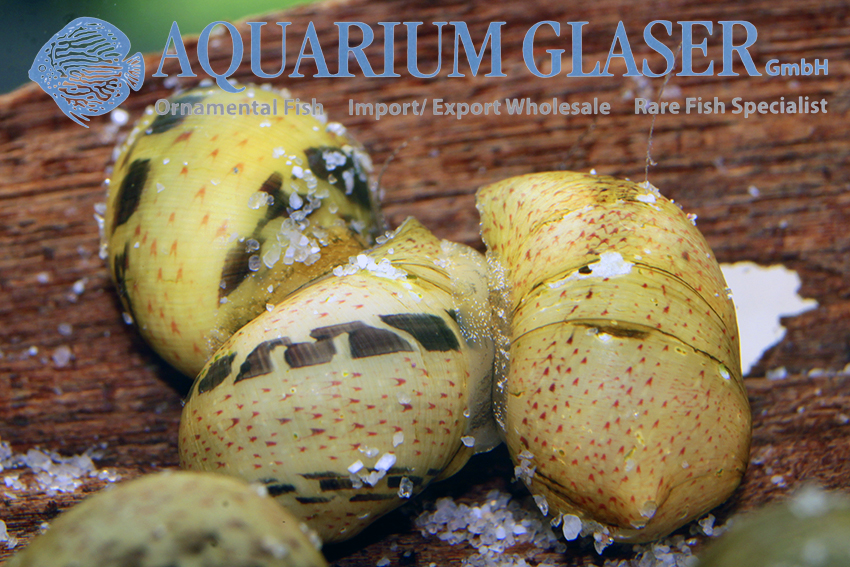 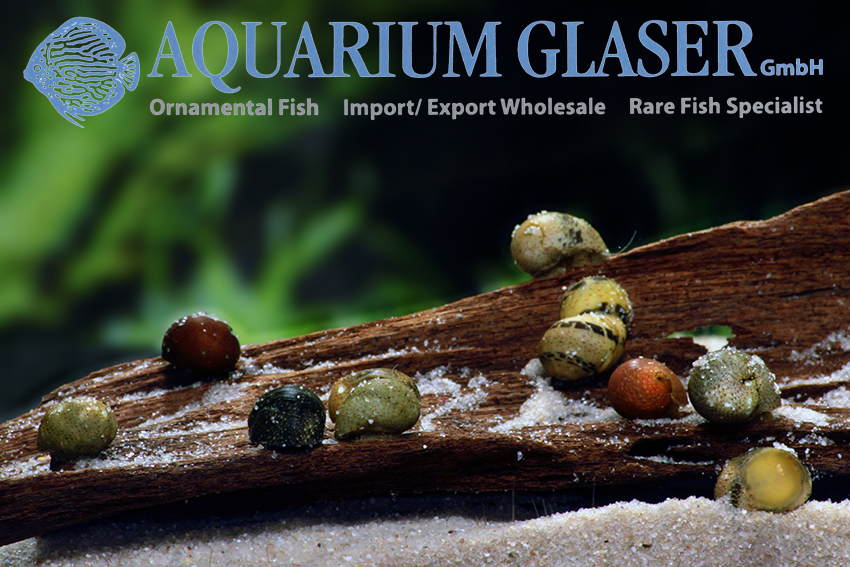 Shell size of that species varies from 13-40 mm, our specimens have about 10 mm. The colouration and the pattern of the shell varies a lot, a phenomen one can also observe in our common garden snails.

Basically speaking, Nerita polita is a marine species. But it lives in the uppermost coastline and will fall eventually dry during low tide. In case it starts raining during that time the snail will find itself from one moment to the other in pure freshwater. The snail has to face this and it really does! So successfull keeping of N. polita is possible in any salt content from pure freshwater to pure saltwater. However, one must take care that the pH will not sink under 8 for longer times, as this will not be tolerated.

In freshwater aquaria one has not to fear a snail plague, because Nerita snails reproduce via a free swimming larva that need pure saltwater to survive. As far as we know there are no reports of a successful breeding of that species under aquarium conditions.

It is quite important to cover the tank closely, because the snails will follow their inner tidal clock from time to time and leave the water.

For our cstomers: the snails have code 485542 on our stocklist. Please note that we exclusivekly supply the wholesale trade.