Because of the enormous popularity of the butterfly cichlid or blue ram (Mikrogeophagus ramirezi), there are mainly offspring and breeding forms on the market. Also the wild-colored offsprings differ clearly from the wild species: they are considerably larger (4-5 cm body length without caudal fin compared to 2-3 cm with wild-caught fish) and at the same time twice as heavy!

The original home of the blue ram is in the hot Llanos in the Orinoco basin of Colombia and Venezuela. We obtain them fairly regularly from there, although in much smaller numbers than the offspring, because at first glance the wild cousins appear more colorless and inconspicuous, which is why offspring sell much better in the trade. The wild cousins are rather something for connoisseurs and experts.

Recently, when we had jumbo offspring in the stock again, we wanted to photograph a wild-caught male and an offspring male together to demonstrate the difference, but the offspring – probably due to their body mass – intimidated the natural cousins so much that they did not approach each other – the offspring dominated in the tank, the wild-caught hid. That’s why the wildlings remained alone in the photo tank for a while after the offspring rams had already moved out again. After a short time they felt so well there that they marked out territories and showed by their lively nature and their beautiful color, why they became one of the most popular ornamental fish at all!

For our customers: the animals have code 686513 on our stocklist. Please note that we supply exclusively to wholesalers.

Due to the regularly offered, amazing bred sports of the Ram (Mikrogeophagus ramirezi) one tends to forget, how breathtaking beautiful the wild collected fish is already. Currently we have fully grown, wild collected Rams from Venezuela in stock. By the way: wild collected Rams become only about 5 cm long (in males), females even stay smaller, so this species is definitely a dwarf cichlid! 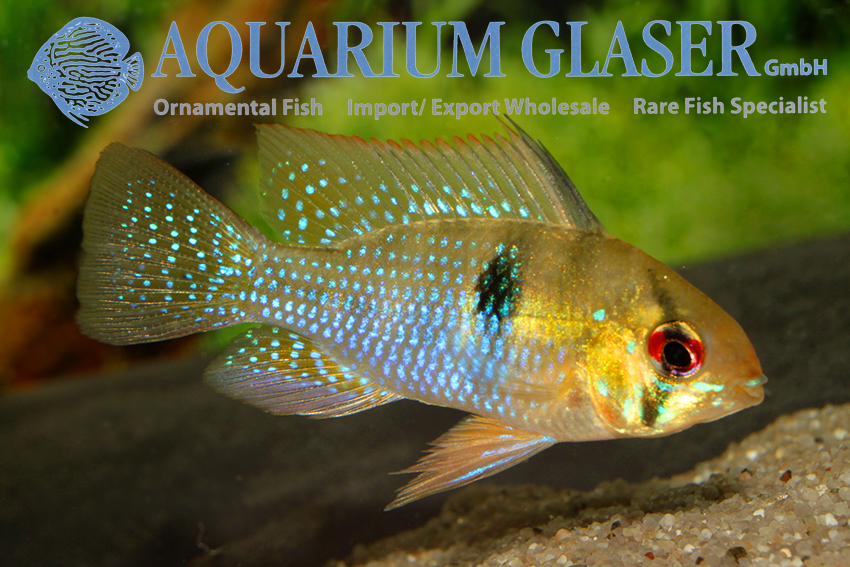 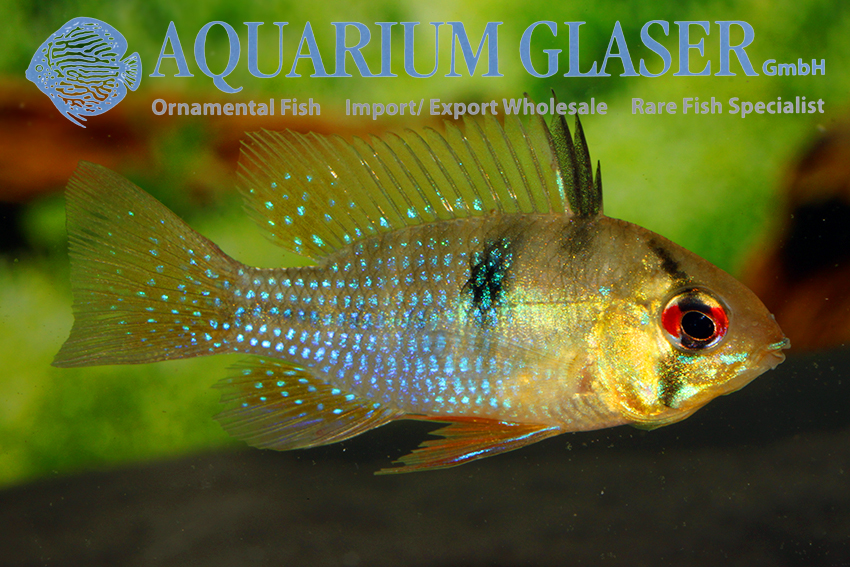 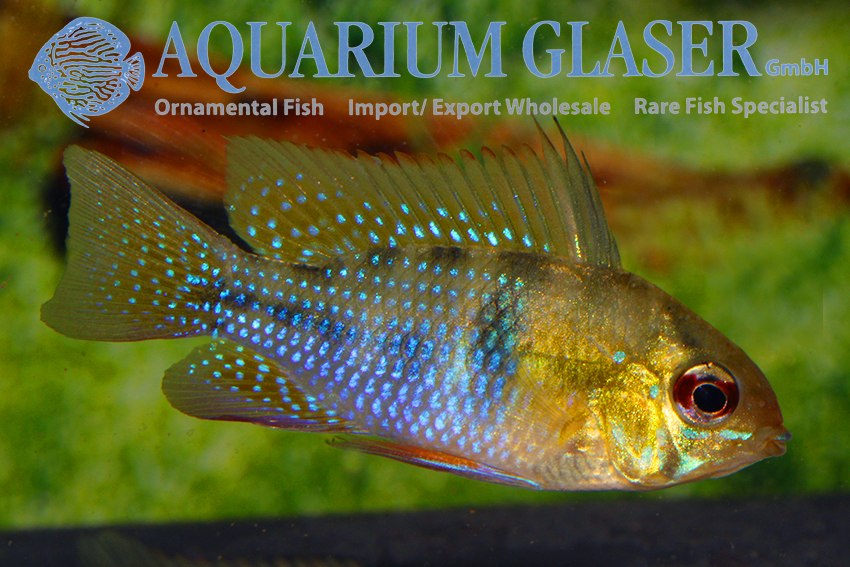 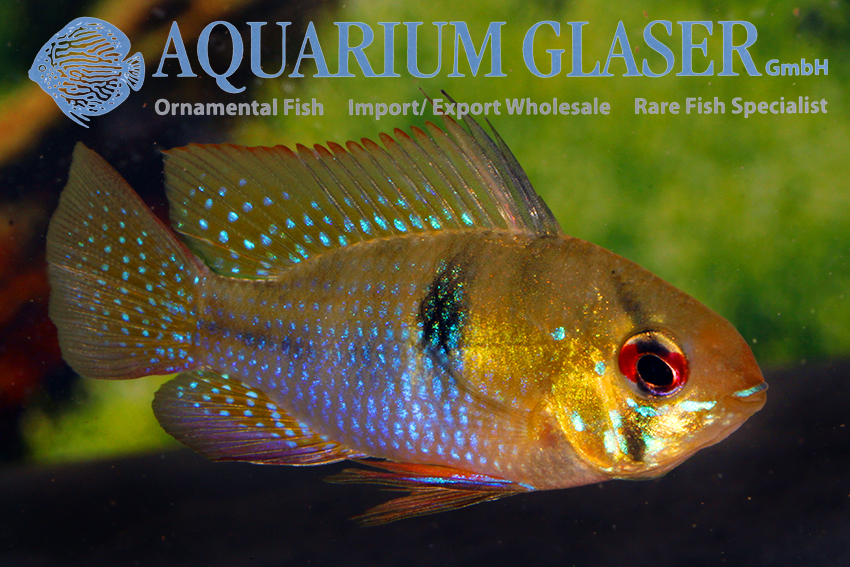 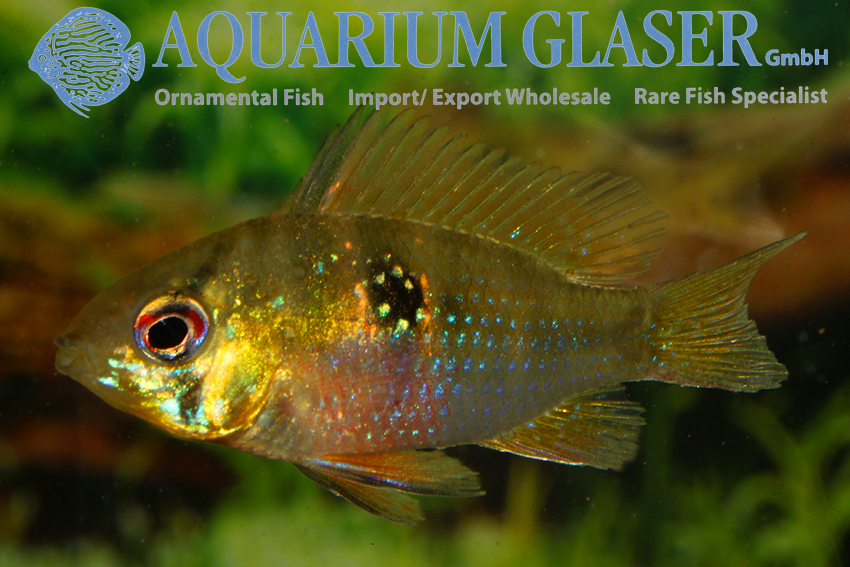 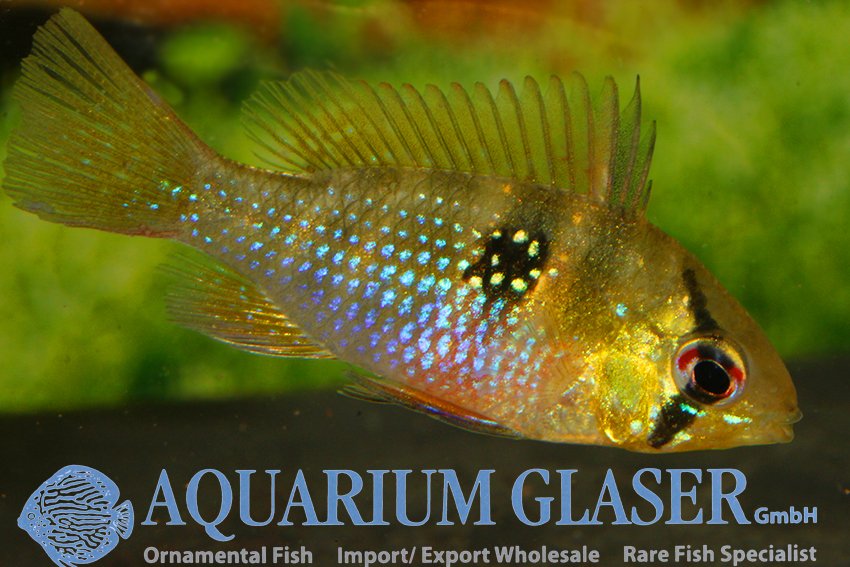 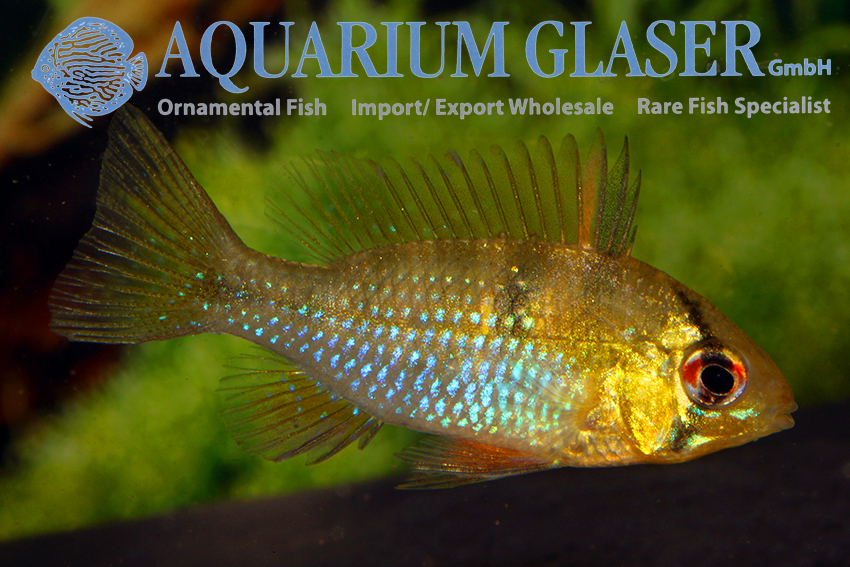 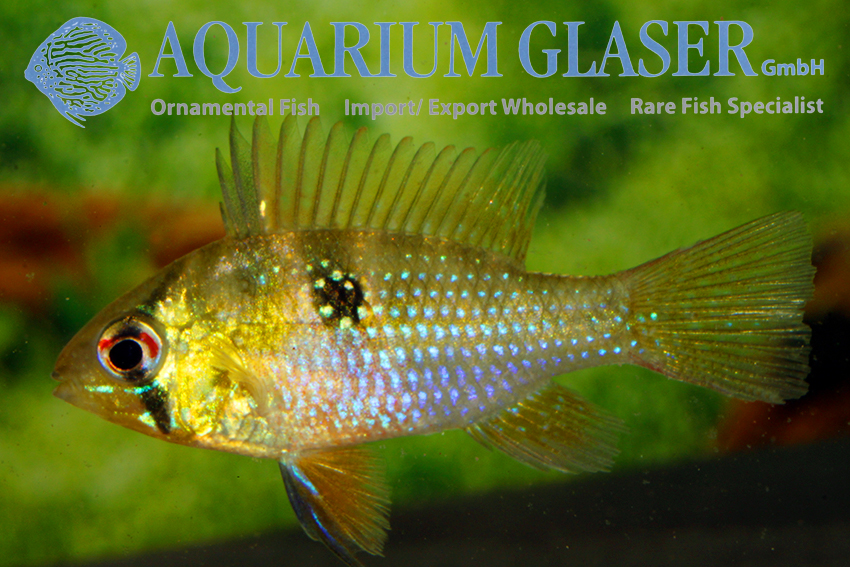 For our customers: the animals have code 686515 on our stocklist. Please note that we exclusively supply the wholesale trade.