We obtained a somewhat irritating import of a very rare species of tetra last week from Peru. In all probability, it is Moenkhausia simulata; however, our new import differs slightly from the previously known M. simulata in coloration. All other tetra species with a pattern of several horizontal stripes (Astyanax lineatus, A. kullanderi, A. superbus, Bario spp., Hollandichthys spp., Hyphessobrycon hexastichos, Markiana nigripinnis, Moenkhausia agnesae, M. latissima, M. rara, M. simulata and Pseudochalceus lineatus) either look completely different and/or have a completely different distribution area. Possibly, the fish imported by us is a scientifically undescribed, M. simulata very similar species. 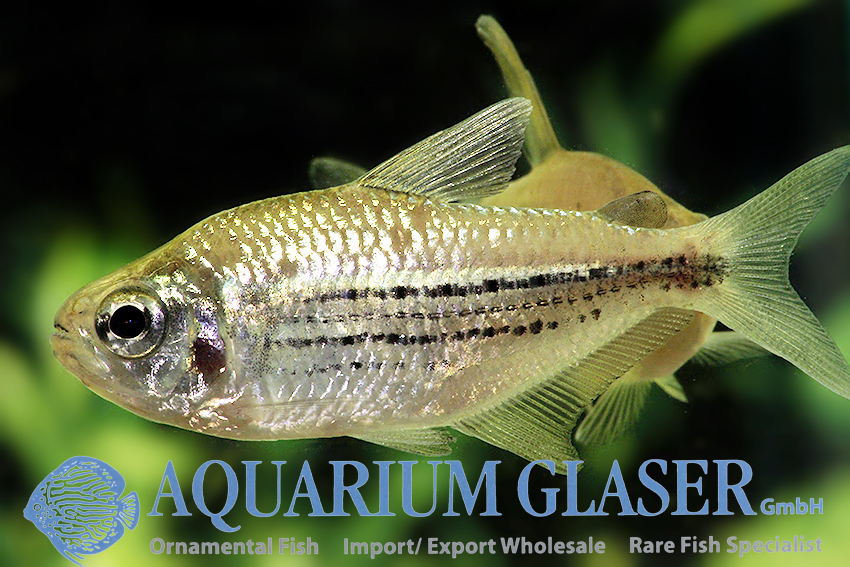 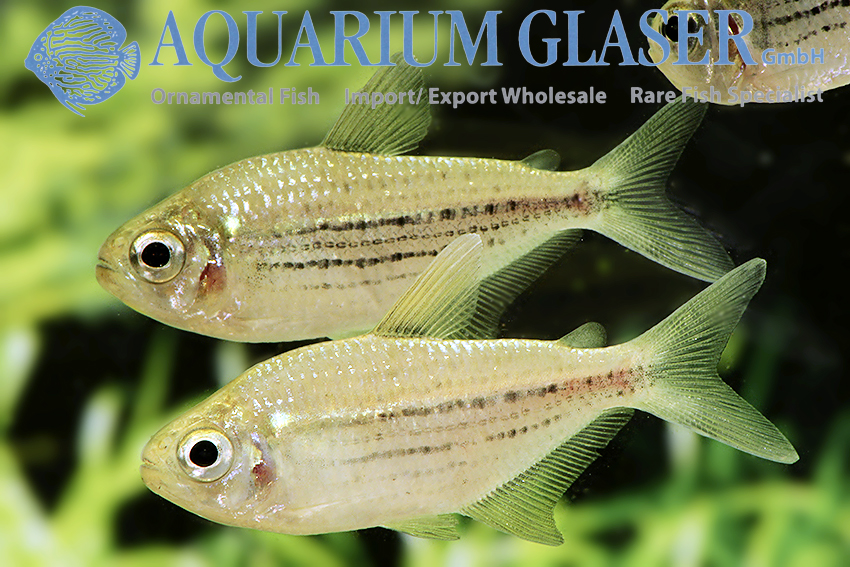 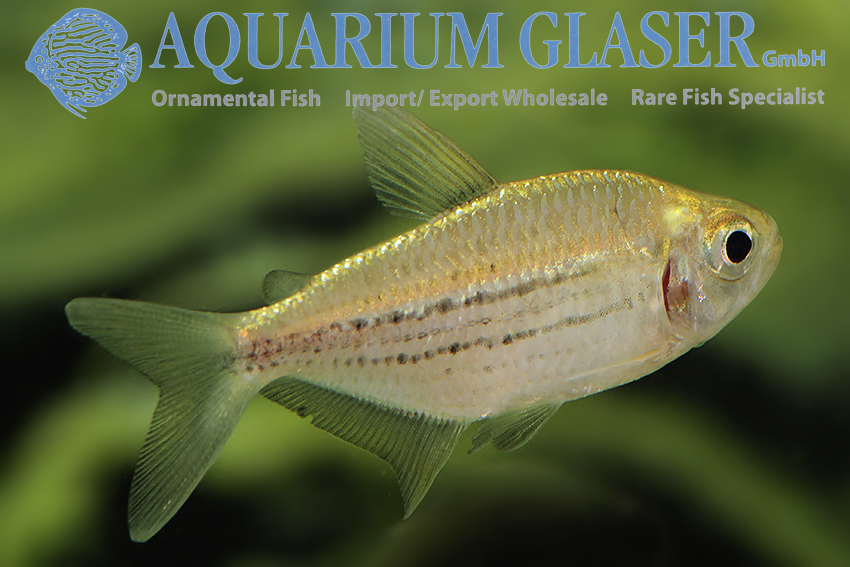 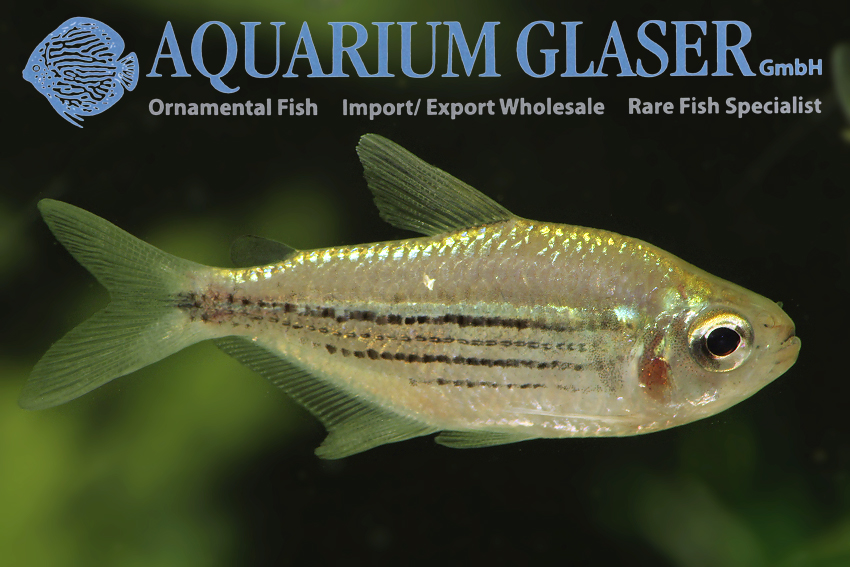 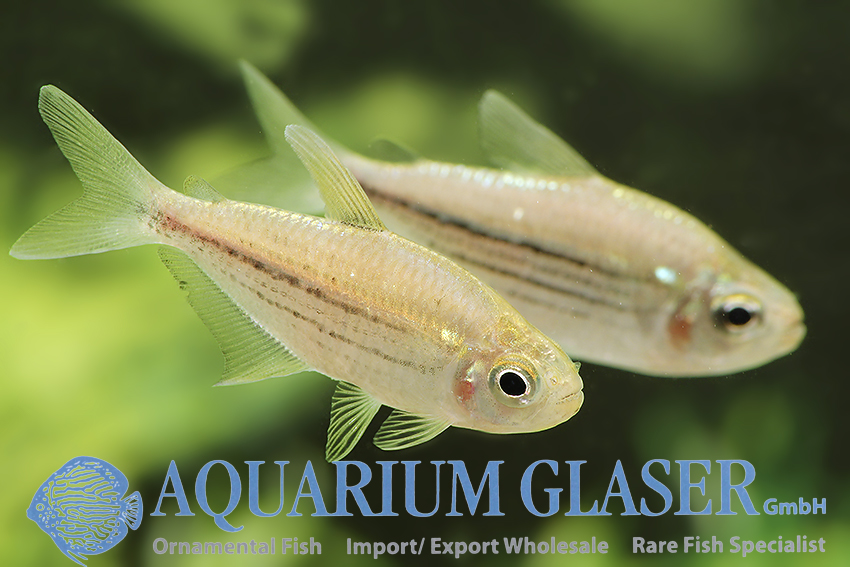 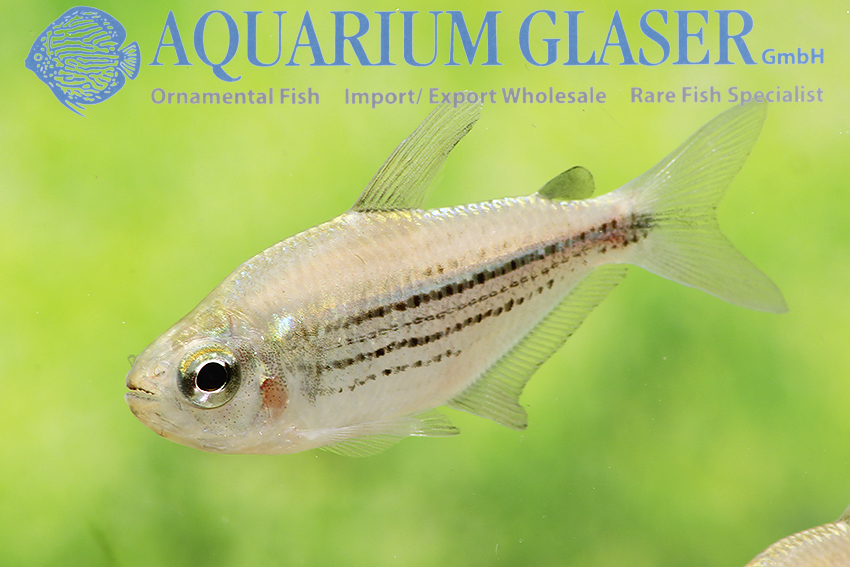 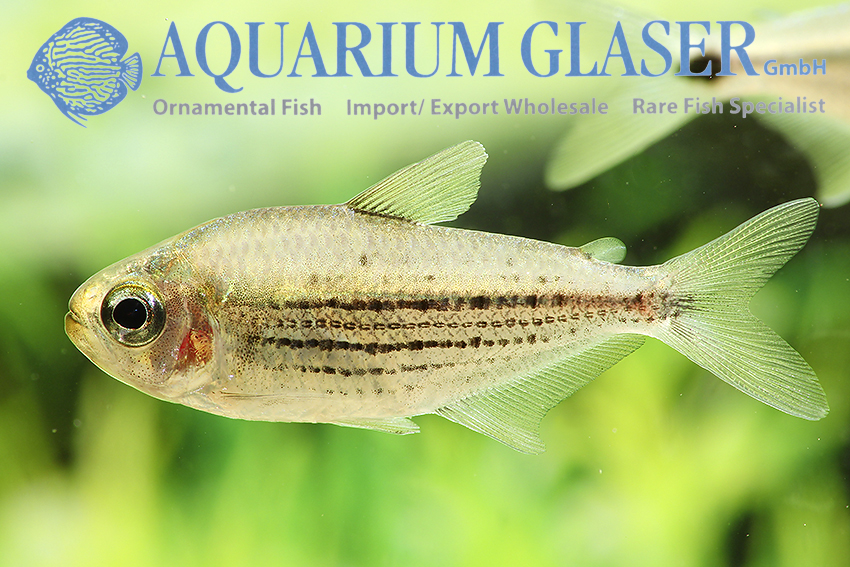 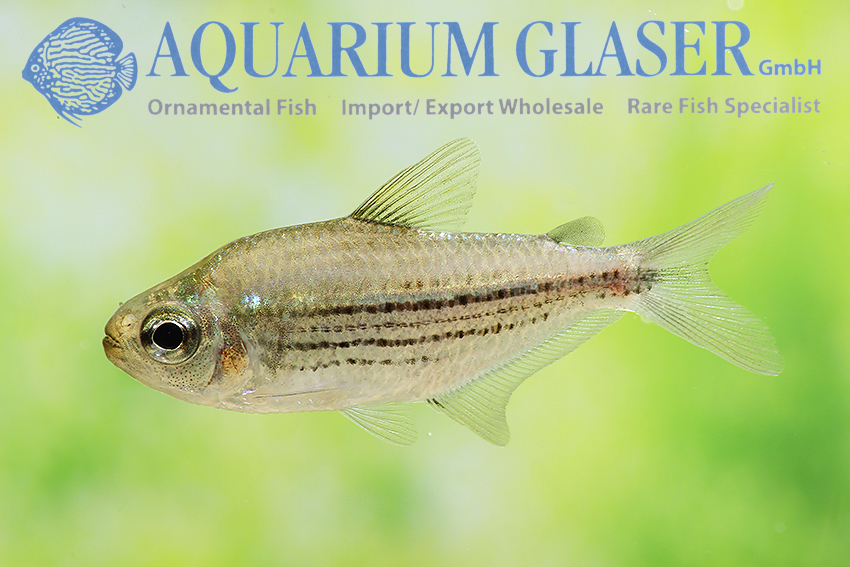 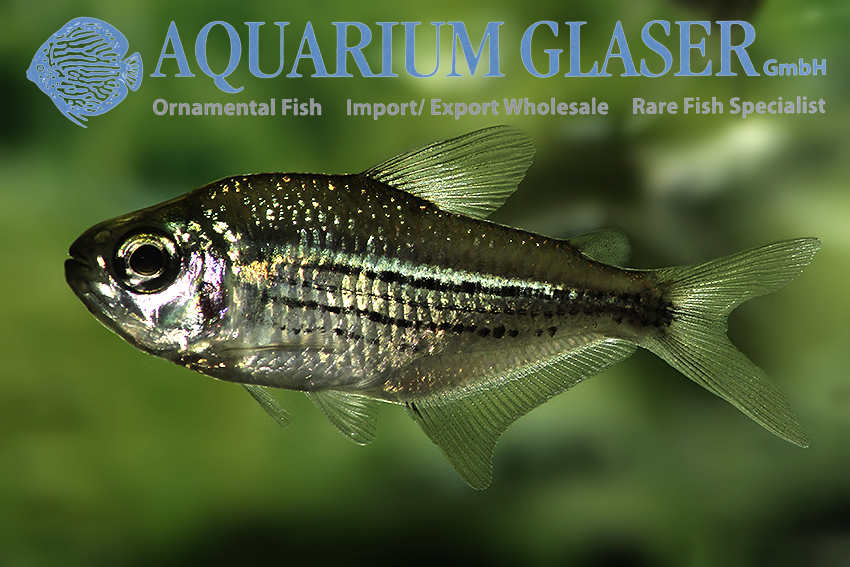 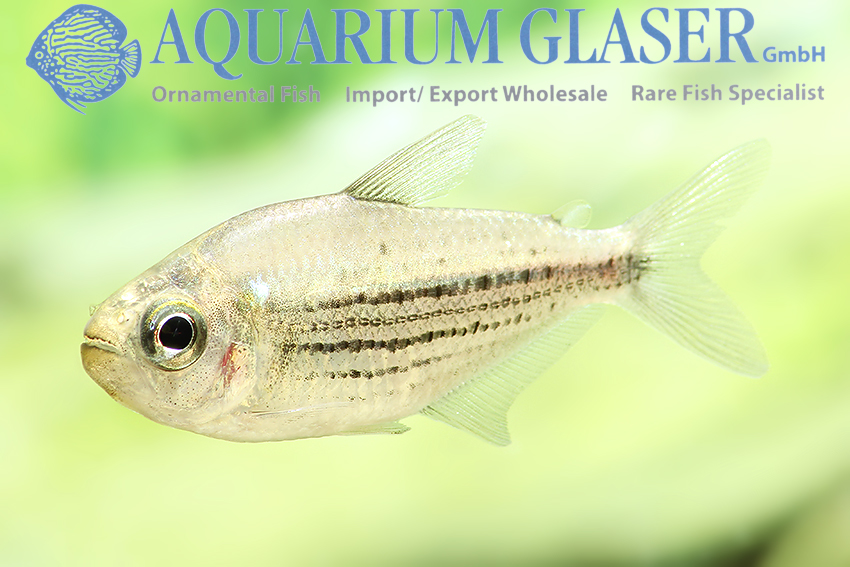 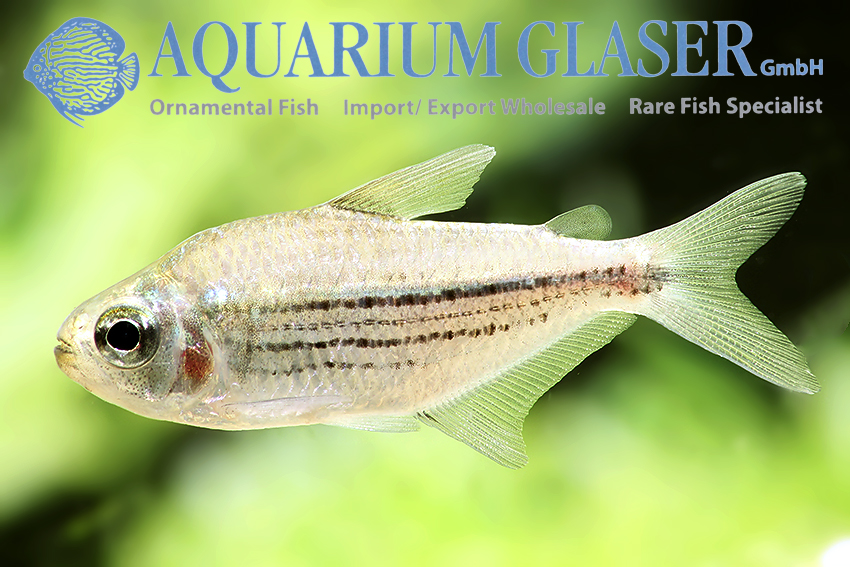 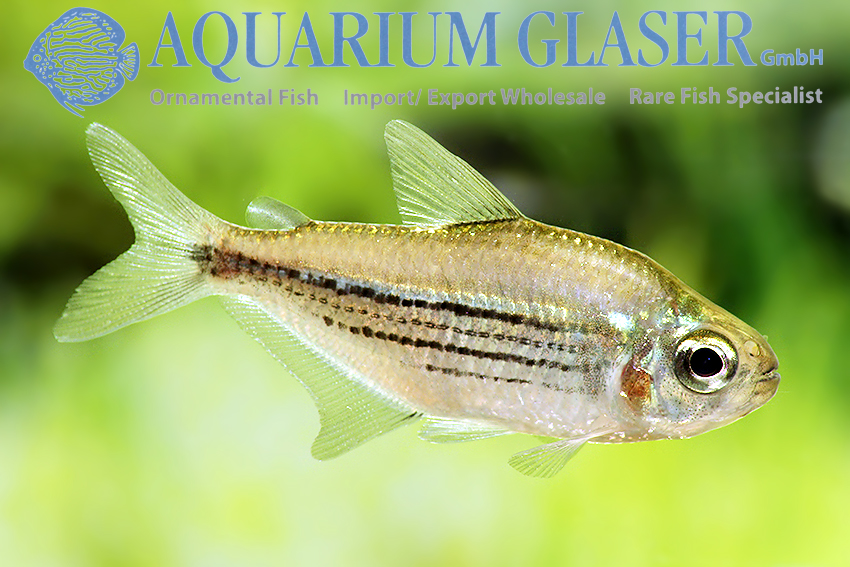 The sex-difference is particularly interesting with this species. Our fish are currently 4-5 cm long and obviously sexually mature. The  adipose fin of the males is clearly bigger than that of the females and rusty-black with the dominant male in the aquarium. Among themselves, these tetra are quite robust. As large as possible, well structured aquariums and as large a number of specimens as possible ensure that the aggressive actions are not reflected in fin damage. Otherwise, the care requirements of the fish do not differ from those of other species that have been cared for in the aquarium for a long time, e.g. the Buenos Aires tetra (Hyphessobrycon anisitsi).

For our customers: the animals have code 269453 on our stocklist. Please note that we only supply wholesalers.