Sometimes we also take a closer look at the everyday species; one tends to judge fish like the Black Molly in trade only according to the aspects: 1. are the fish healthy and stable? and 2. are they well grown?

But Black Molly is certainly not the same as Black Molly. Depending on which wild species dominates in the respective strain – as is well known, Black Mollys were created by multiple crosses of different species, whereby the blacklings (Melanos) that already occur sporadically in nature were crossed into existing aquarium strains of Molly species – they sometimes differ considerably from each other. 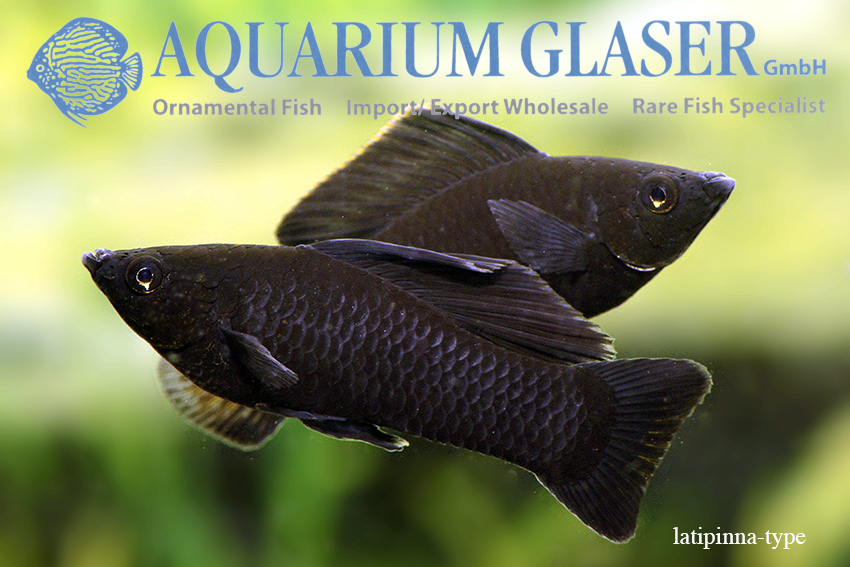 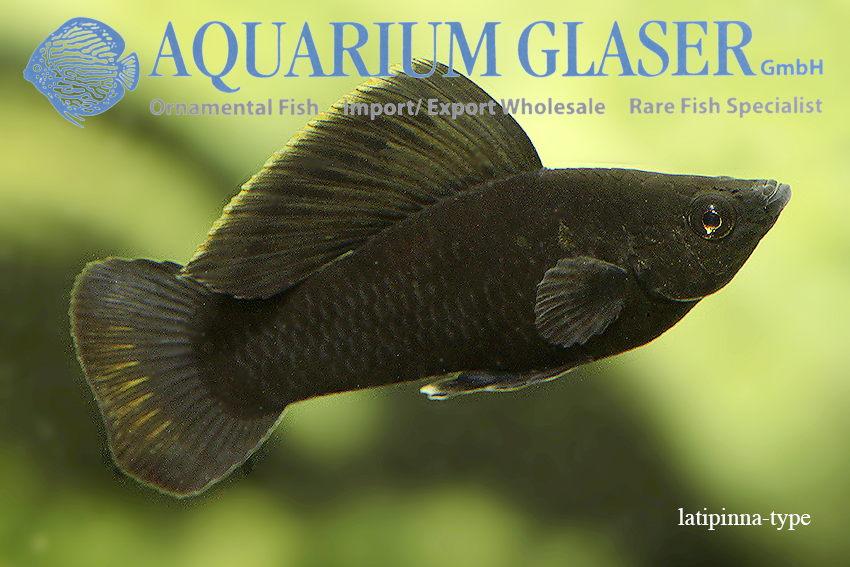 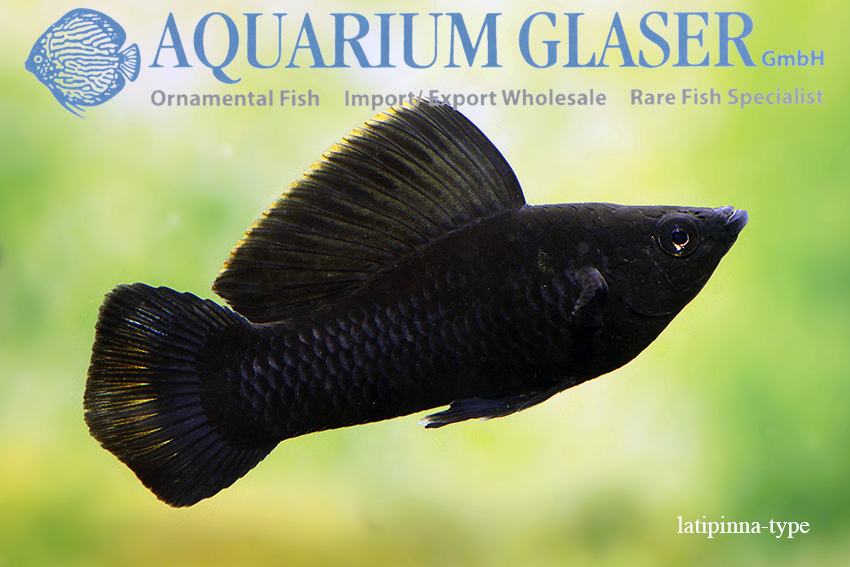 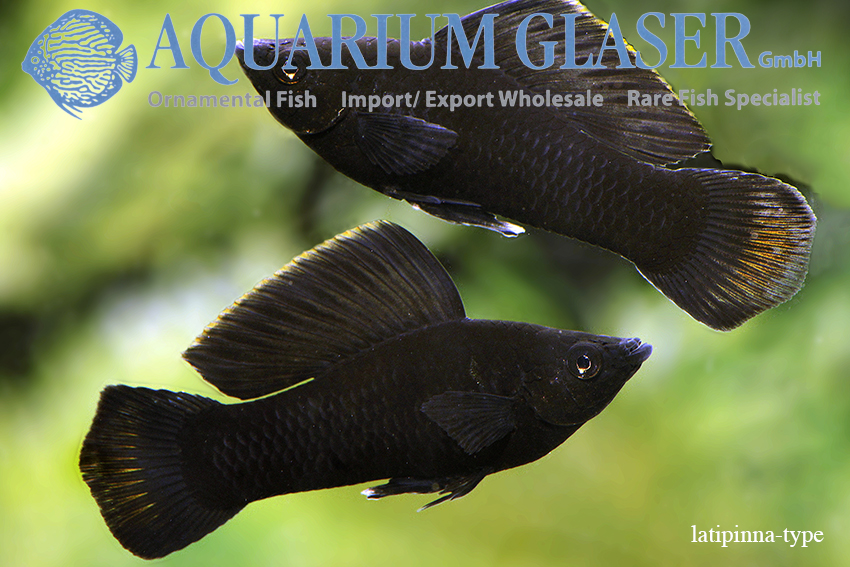 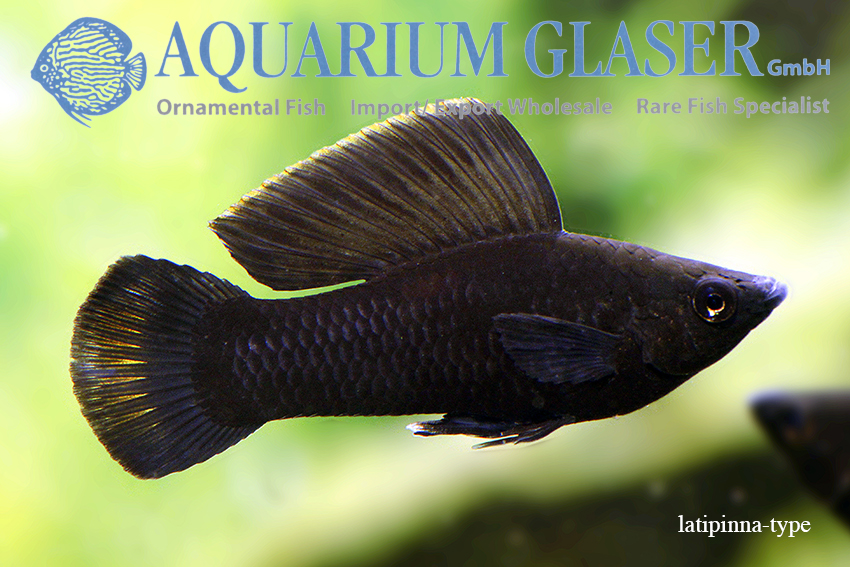 Currently we offer e.g. Black Mollys from Sri Lanka, which are very similar to the wild species Poecilia latipinna. Especially beautiful here are dominant males, which have a red seam along the magnificent dorsal fin. 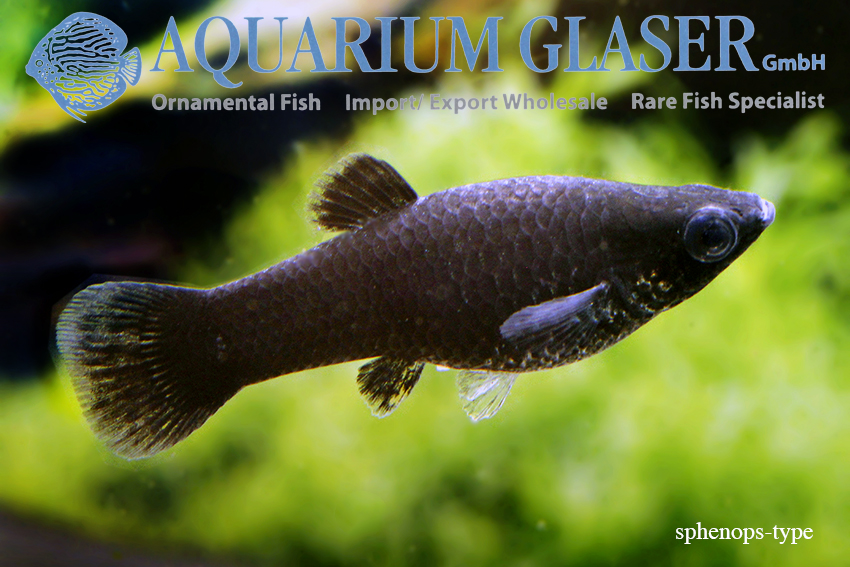 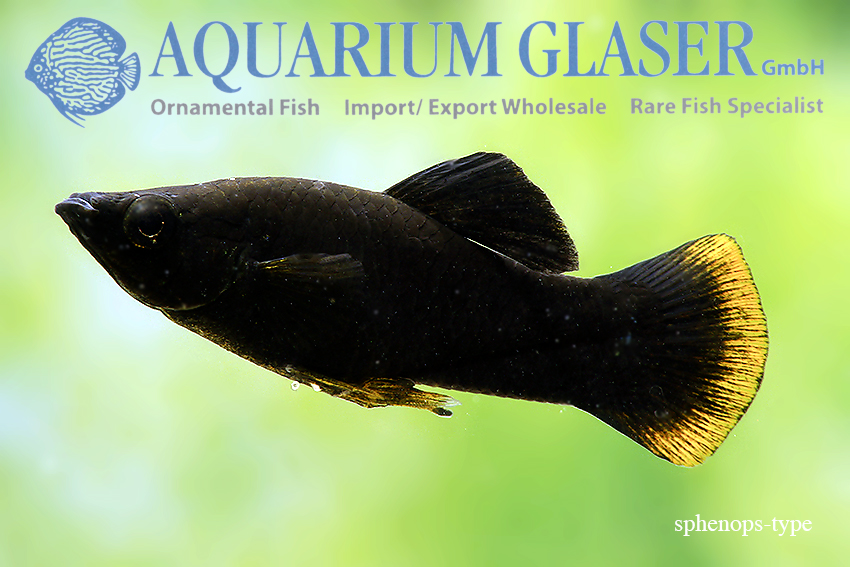 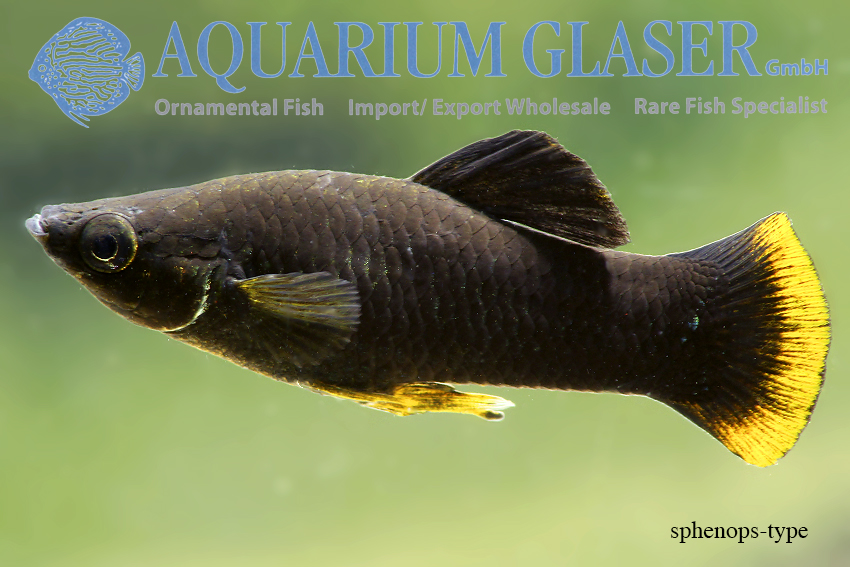 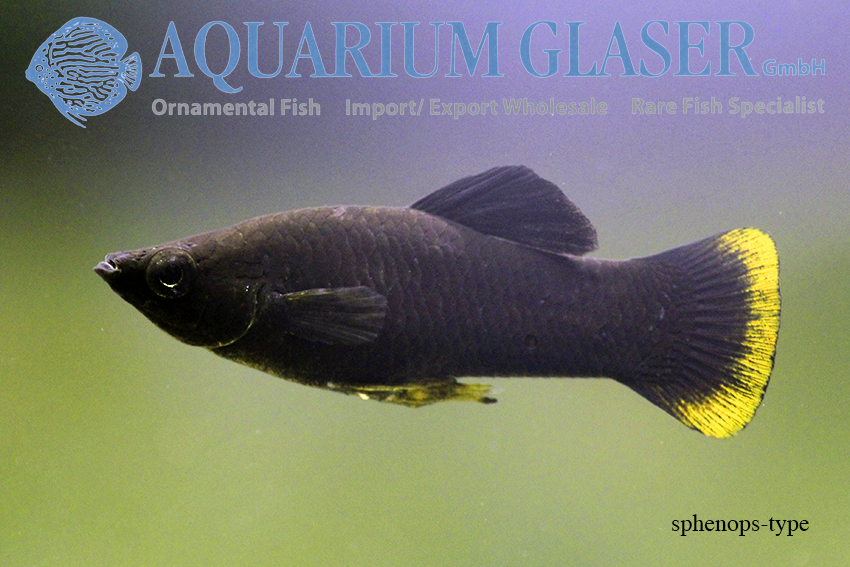 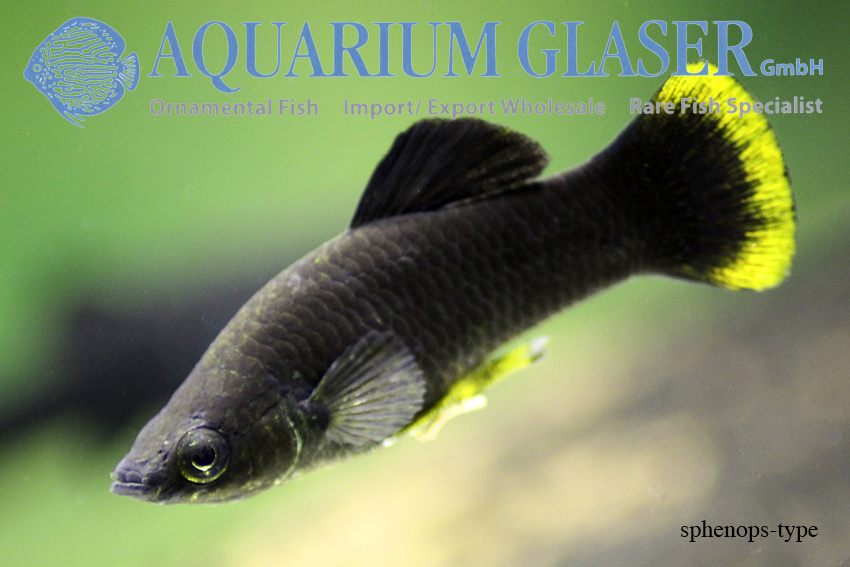 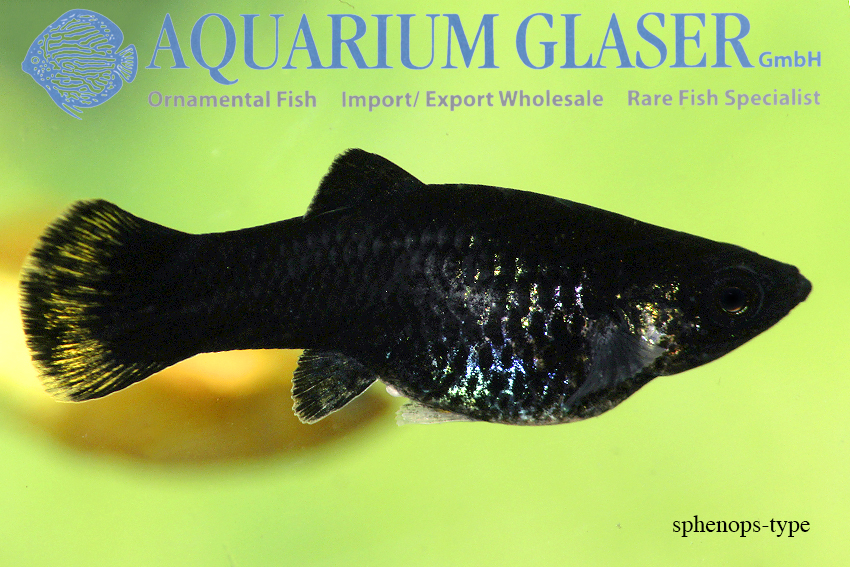 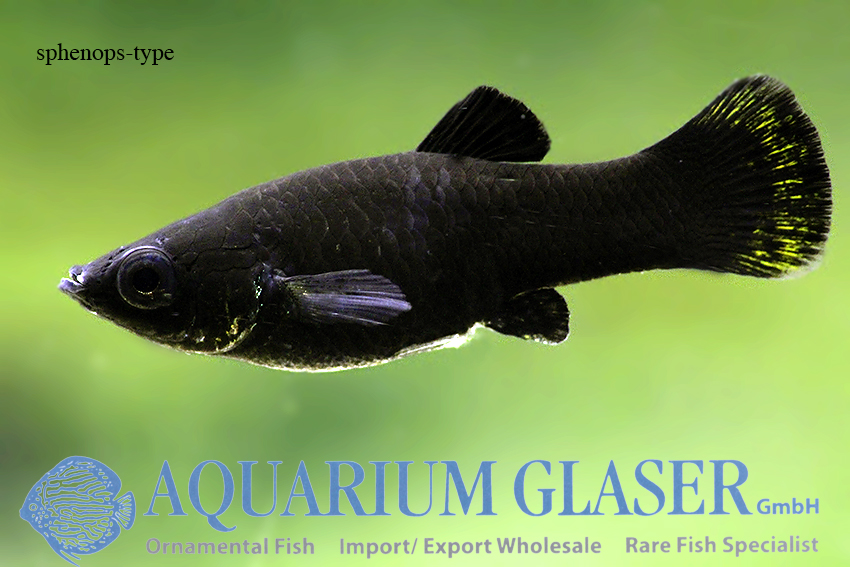 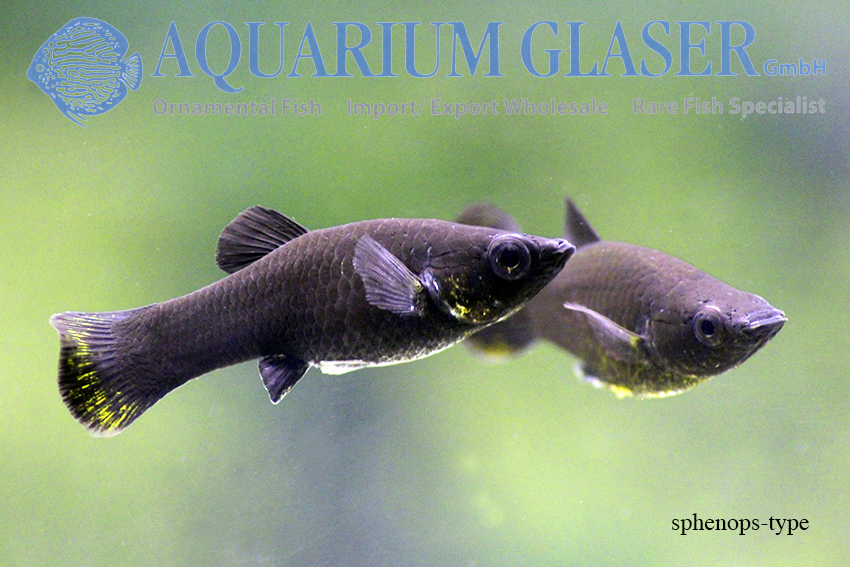 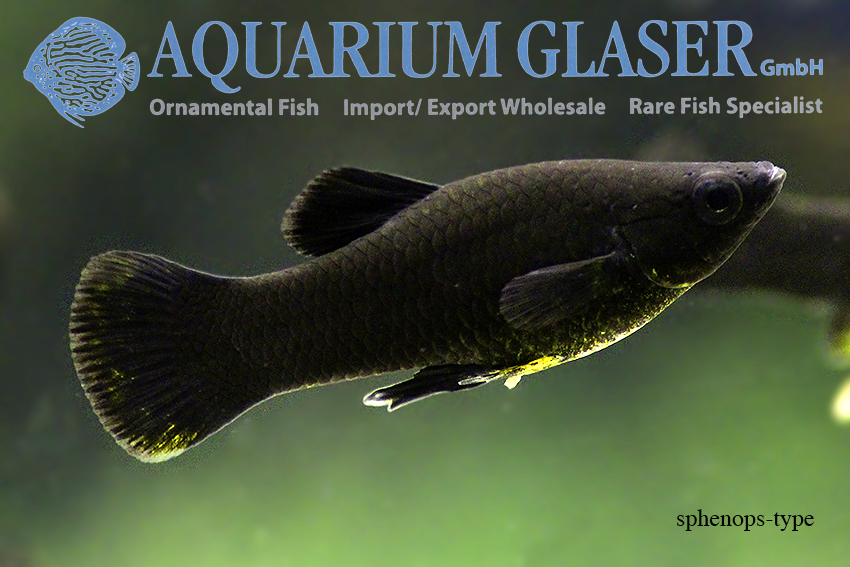 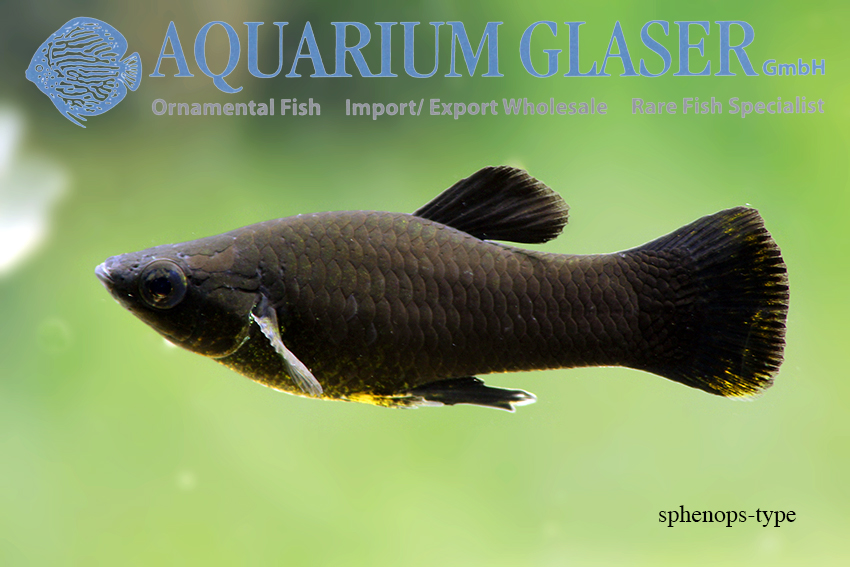 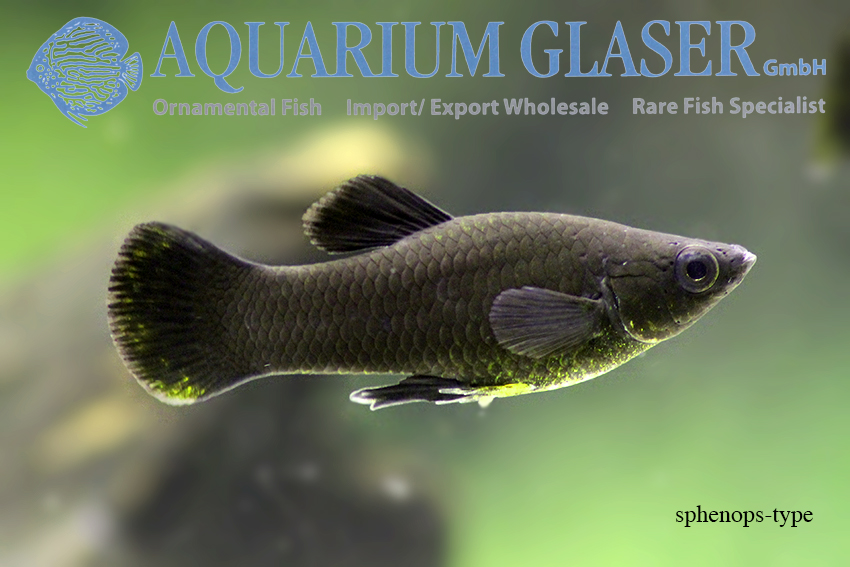 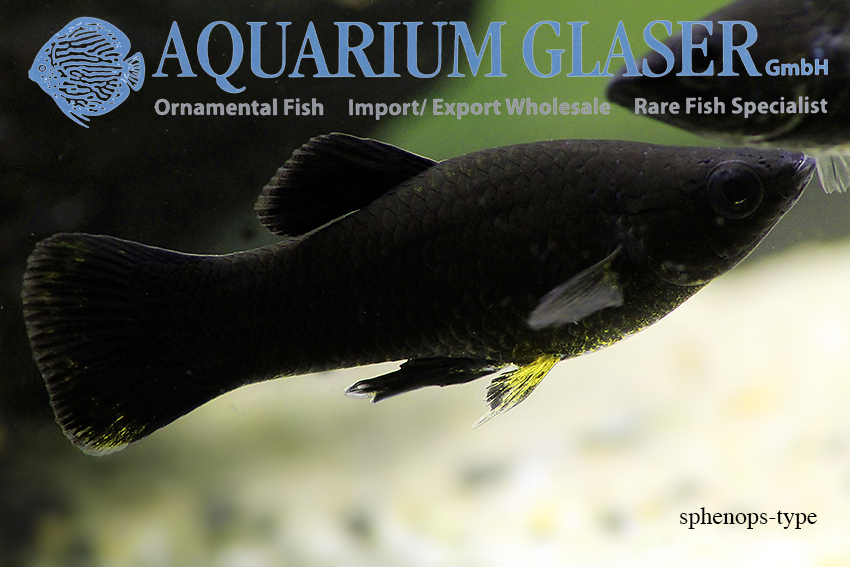 Another Black Molly form we get from Vietnam. It is closer to the species Poecilia sphenops and P. mexicana, the dorsal fin is much smaller than in the one mentioned before. The alpha males develop an orange border along the caudal fin, which is very attractive. 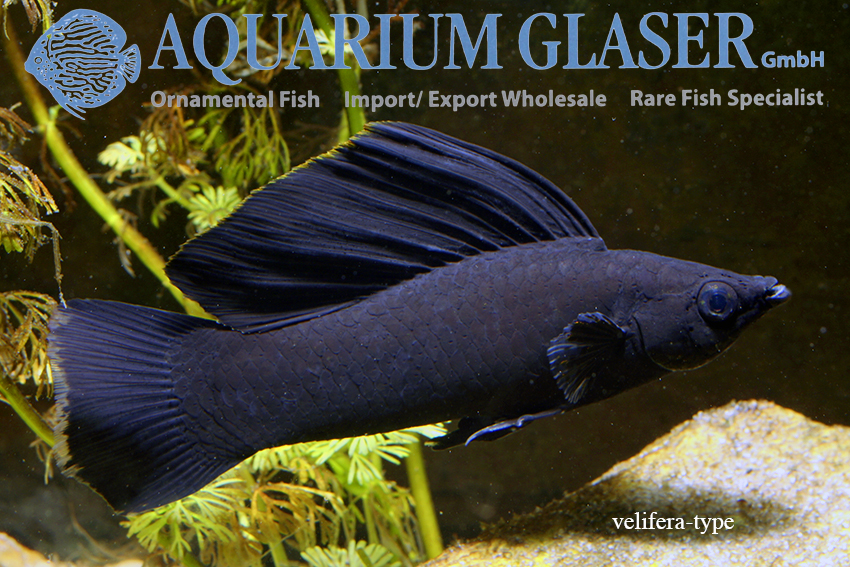 Not as Black Molly, but as Black Velifera one calls the splendid animals, which come after the species Poecilia velifera. They are clearly larger than the other Black Mollys.

For our customers: Black Mollys from Sri Lanka have code 432003, those from Vietnam 432132 and black velifera 433004 on our stocklist. Please note that we only supply the wholesale trade.

A beautiful sport of Molly from Singapore is Copper Lyretail, a very colourful variety. Obviously the species Poecilia sphenops formed the basis of that strain. The combination of the colour copper and the lyretail led to males in which the anal fin is much too broad to serve as a gonopodium. So the pure males of that strain cannot become fathers. To keep the sport alive it is necessary to cross the pure females with males from another sport that have a normal gonopodium. The offspring has to be selected, as it will not fall pure, or, in some cases, even a second step is necessary to obtain Copper Lyretails at all, eg a back cross or a sibling cross, to get specimens with the desired genetic combination. 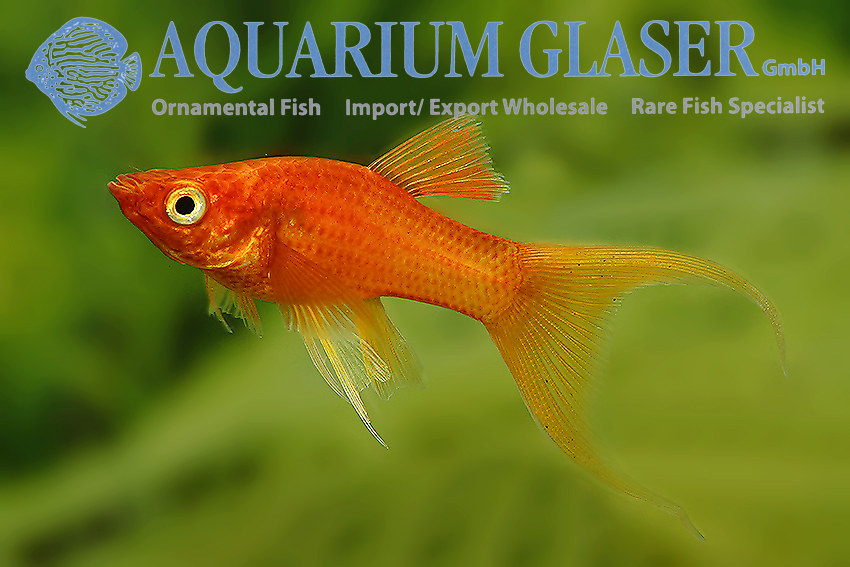 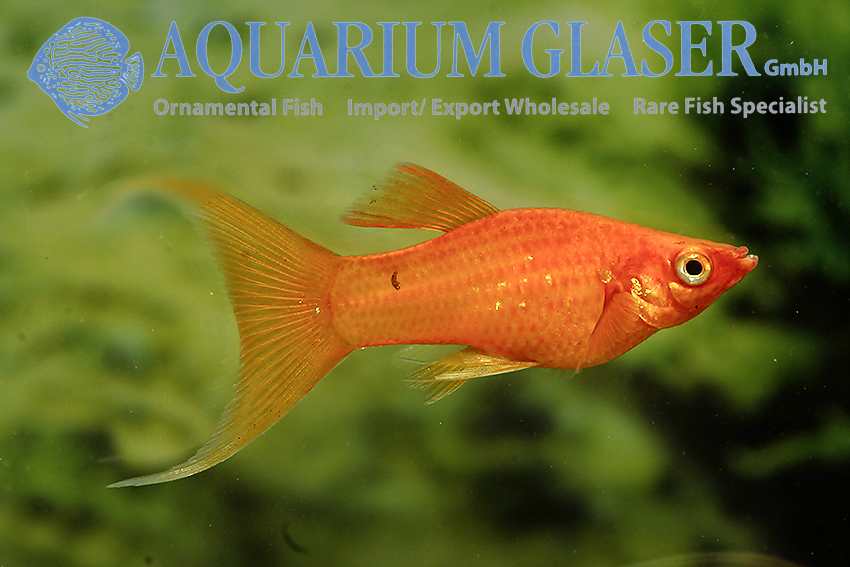 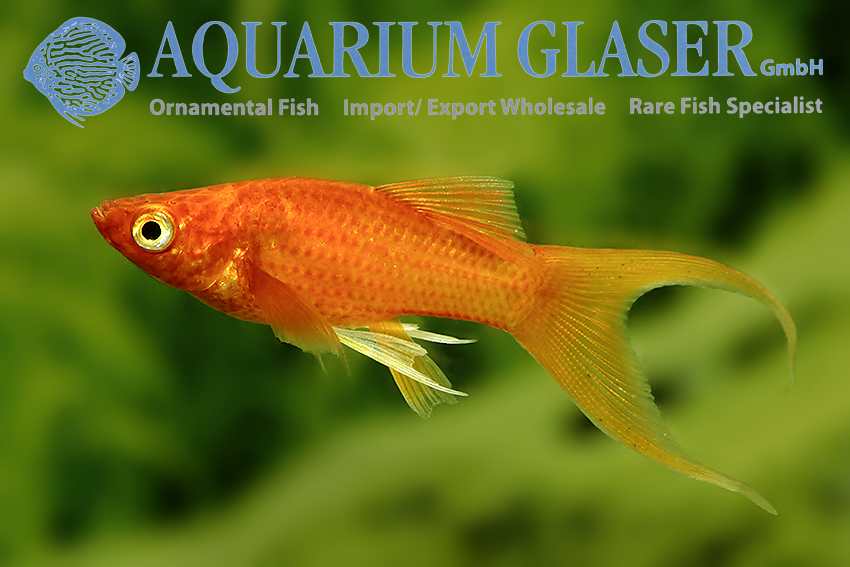 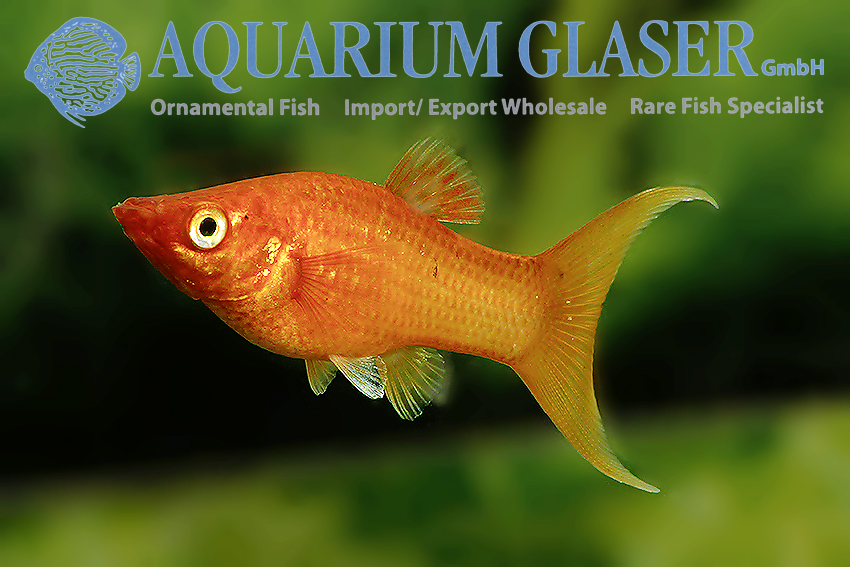 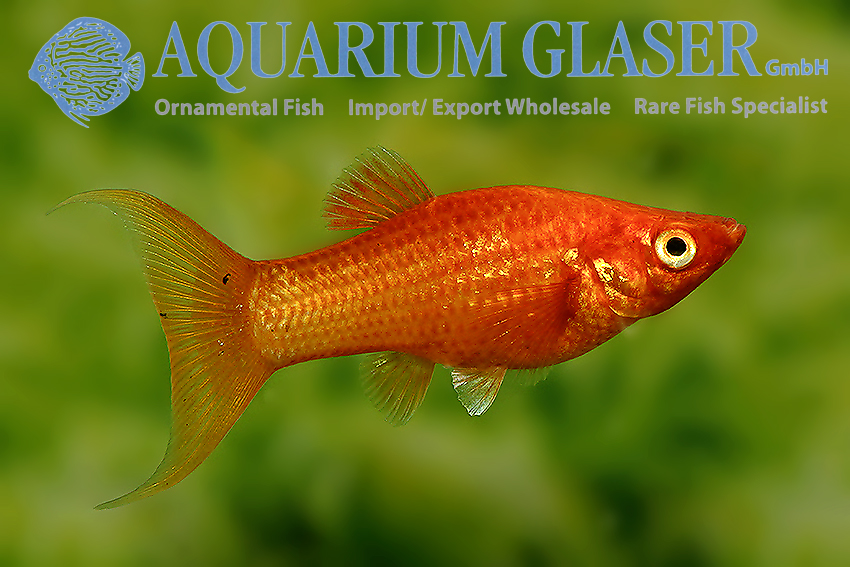 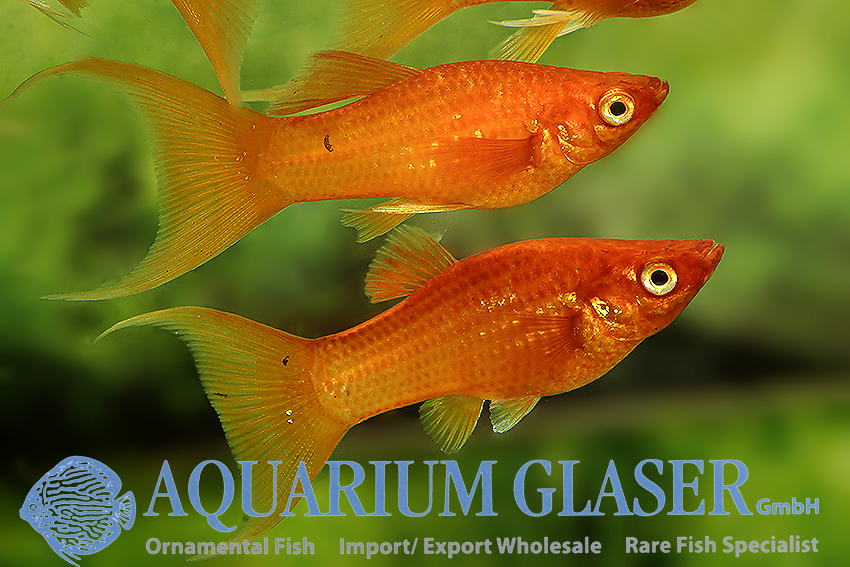 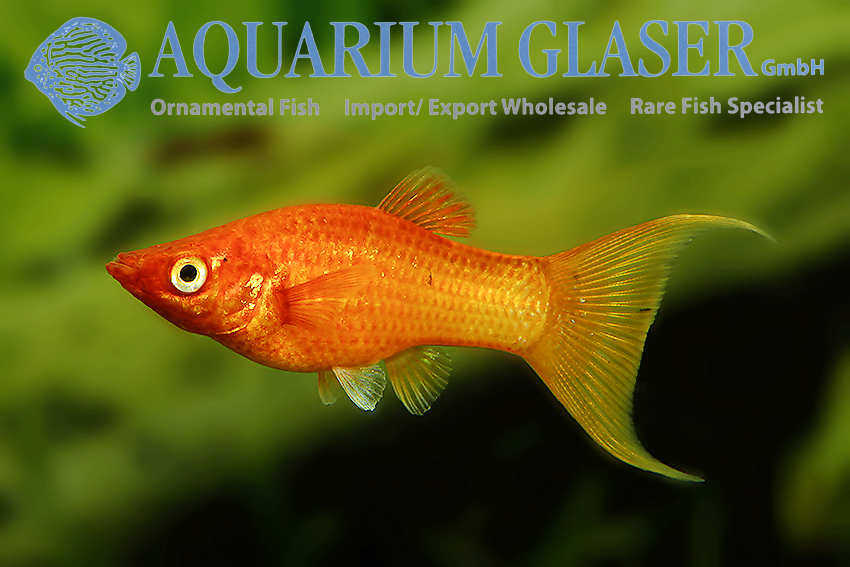 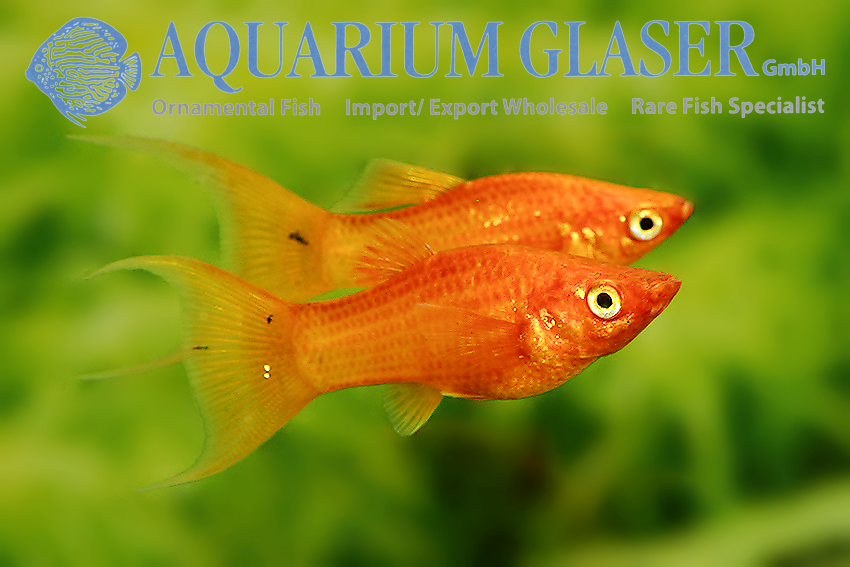 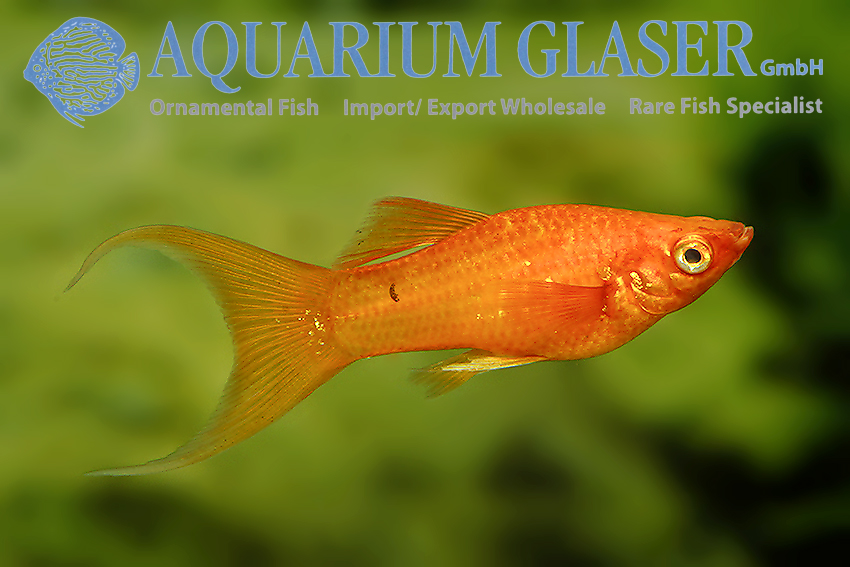 While breeding Copper Lyretails is pretty demanding, keeping them is quite the opposite: these mollys are very hardy and lively fish!

For our customers: the  fish have code 432363 on our stocklist. Please note that we exclusively supply the wholesale trade.