The Spotted Gar (Lepisosteus oculatus) is a living fossil. Gars live on earth since about 145 million years. Nowadays 7 species still exist, all native to North- and Central America. Gars are predators. They can survive in oxygen-poor waters due a primitive lung that enables them to breath air additionally to the gill breathing. So Gars are often  found in swamps and other oxygen-poor environments. 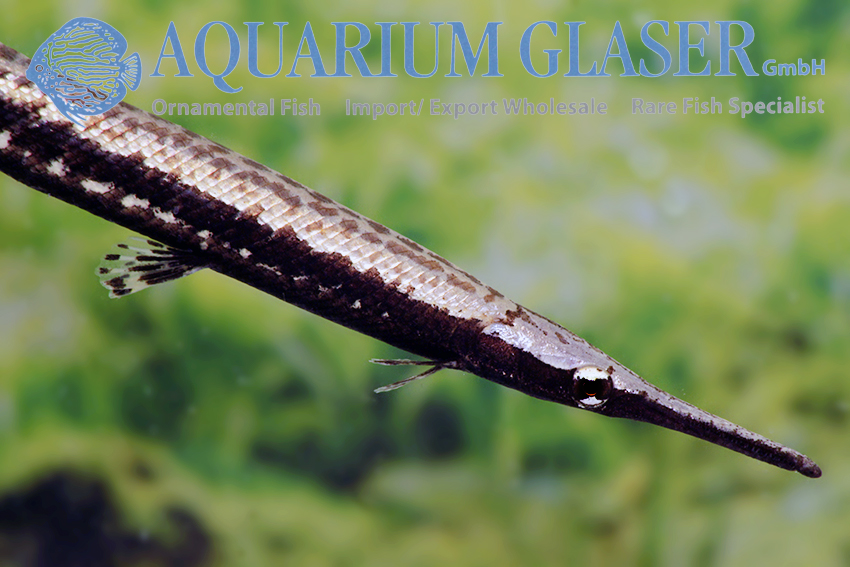 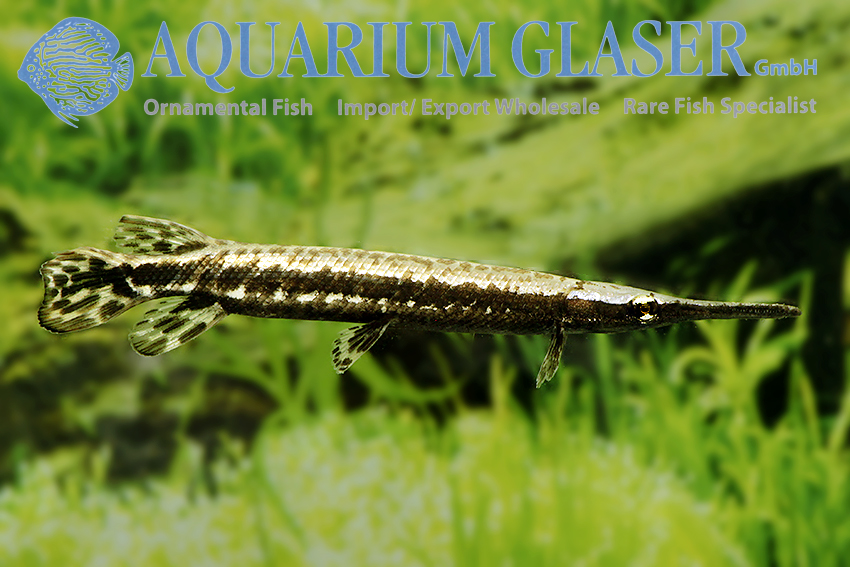 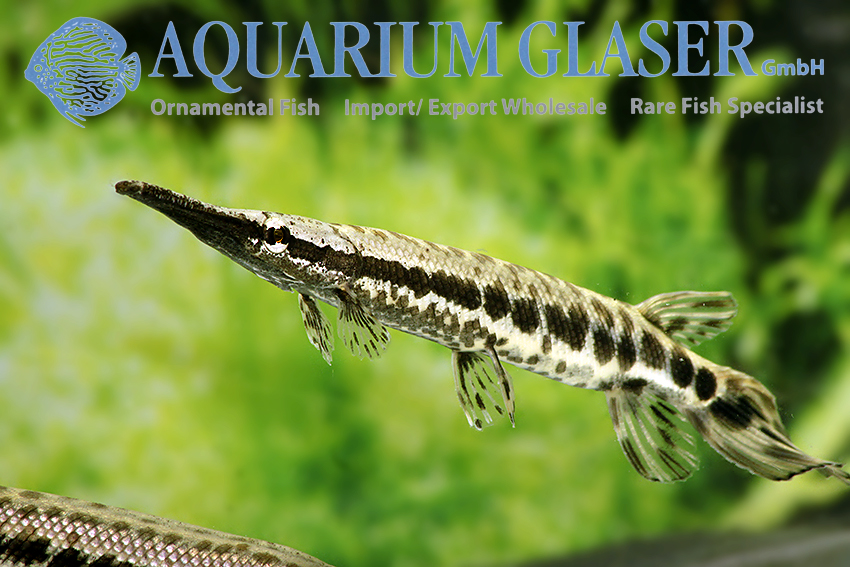 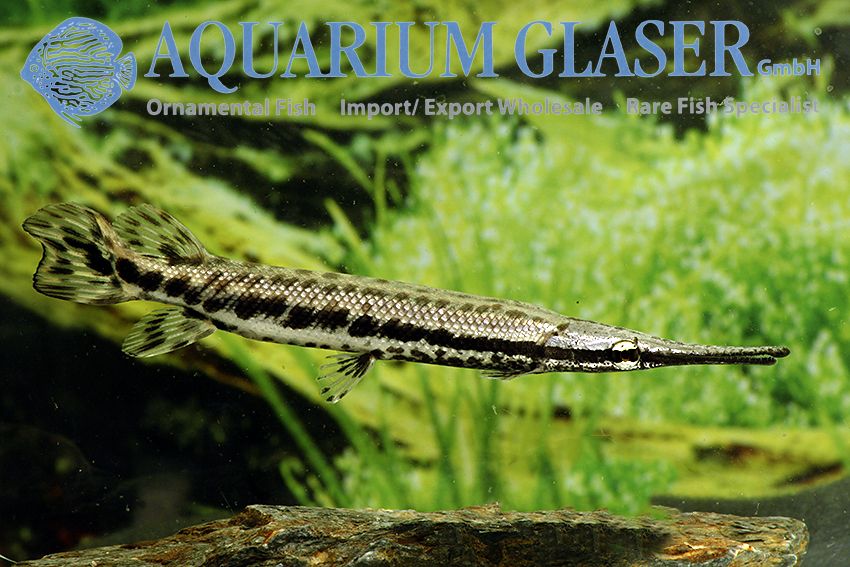 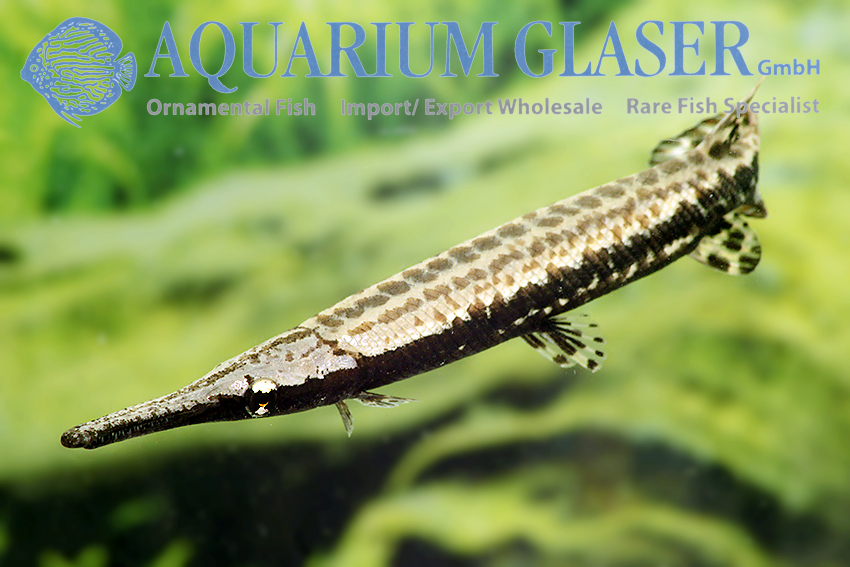 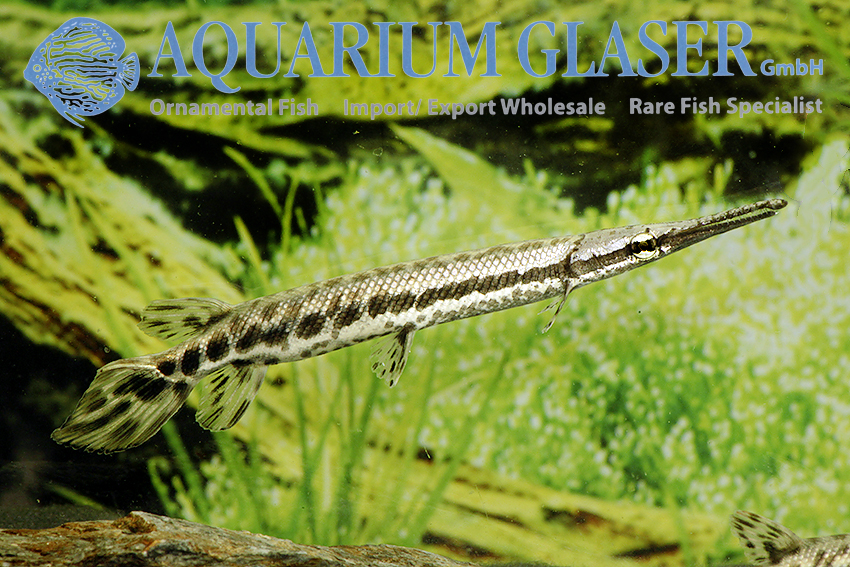 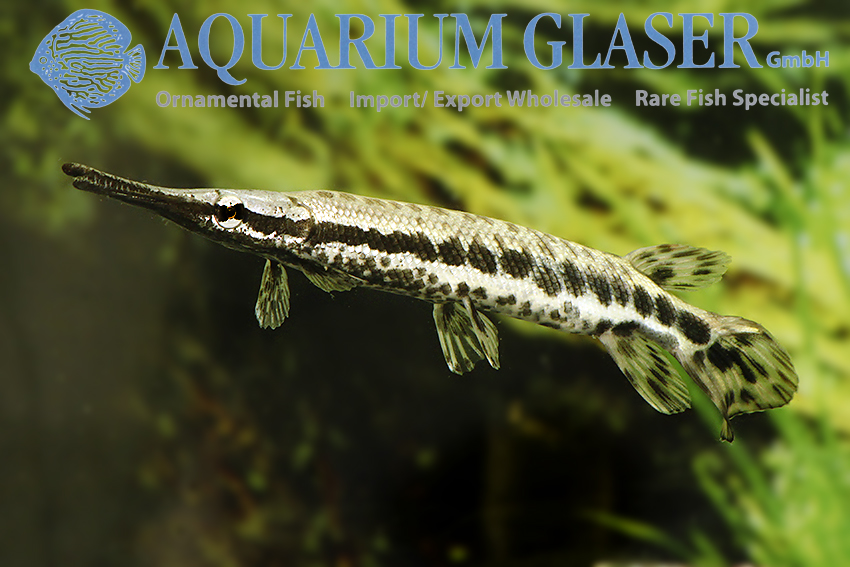 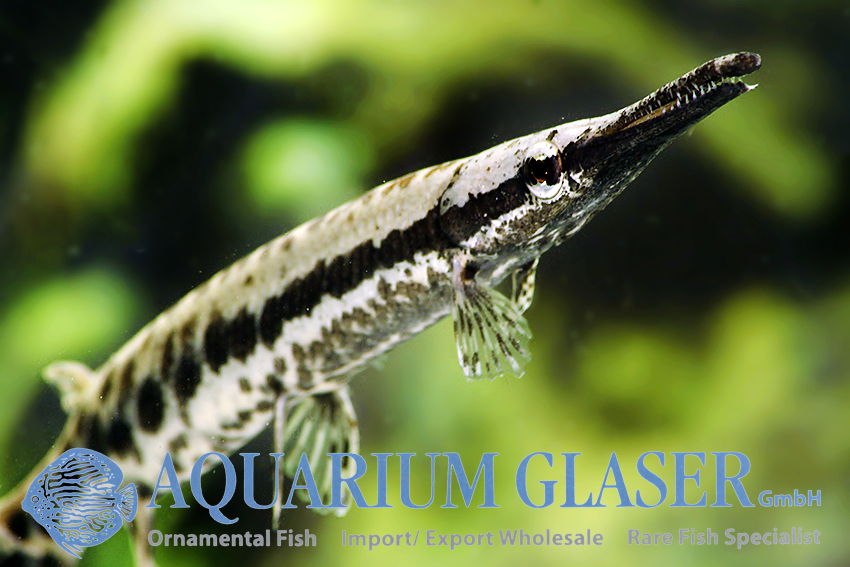 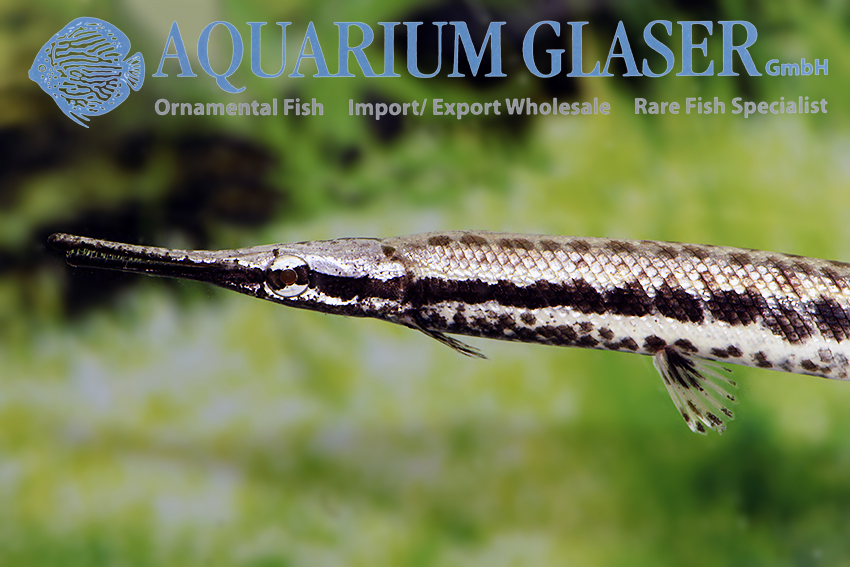 Some species of Gar are bred regulary in Indonesia. We obtain our fish from there. The most attractive species in respect of coloration is Lepisosteus oculatus. Usually this species becomes 60-90 cm long; the largest specimen known so far was 1.2 m long. The photographed specimens are 10-12 cm long. As Gars become quite tame in ponds or aquaria they can be fed after some time of settlement usually with dead fish from a forceps.

The Spotted Gar originates from the Mississippi and other rivers that flow to the Golf of Mexico. So it is a rather subtropical species and only contingently winter hardy in a garden pond; this should one keep in mind in case it is planned to keep the fish in outdoor ponds. Despite the Spotted Gar is a freshwater fish it is known to enter brackish waters occasionally.

Against conspecifics and other fish too large to feed Gars are usually peaceful. This makes them perfect subjects for public aquaria where they have lived as long as 70 years. In the wild, L. oculatus is said to live about 18 years.

For our customers: the fish have code 848013 on our stocklist. Please note that we exclusively supply the wholesale trade.