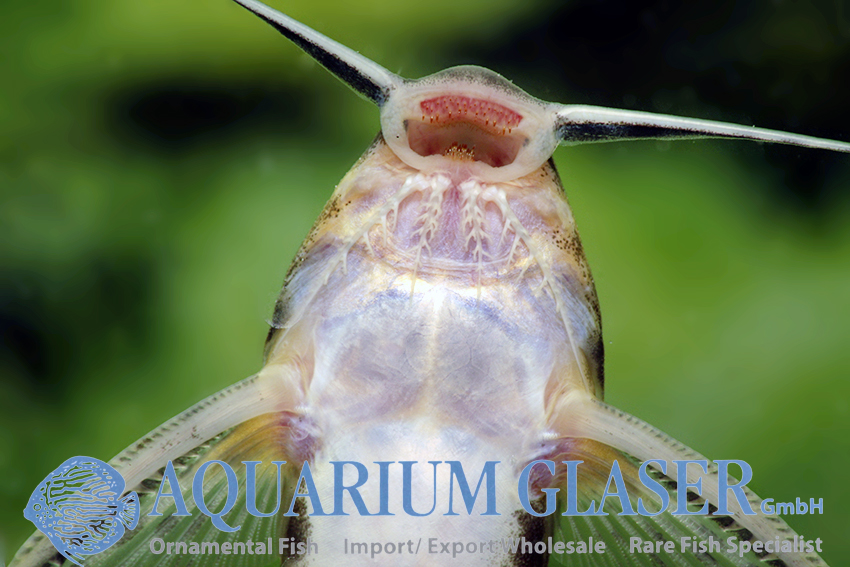 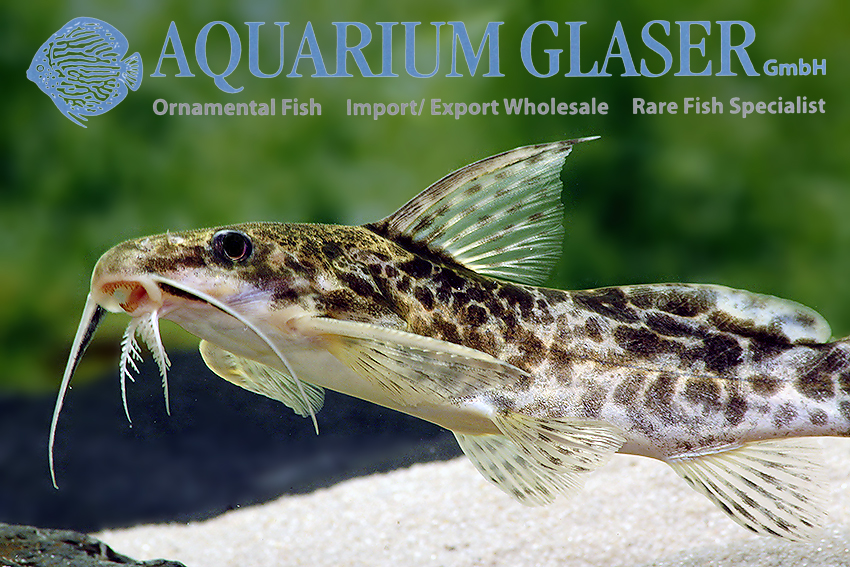 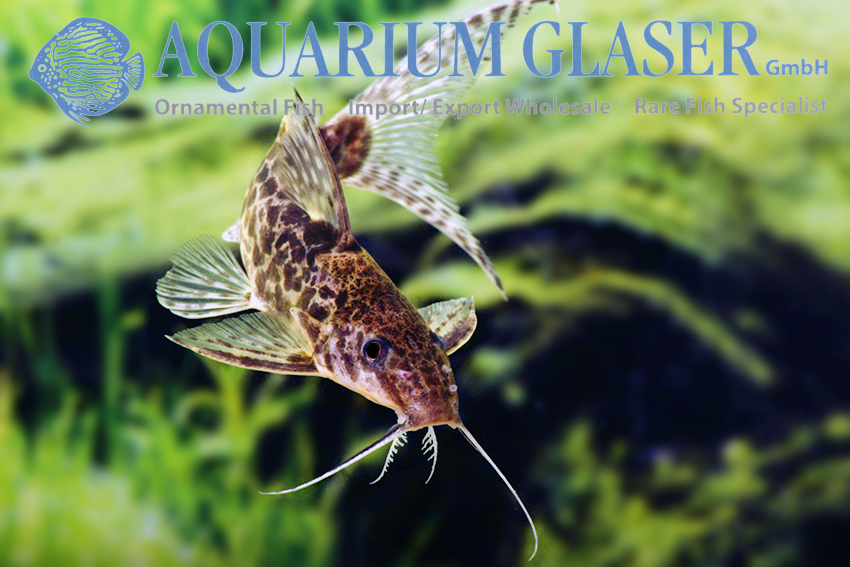 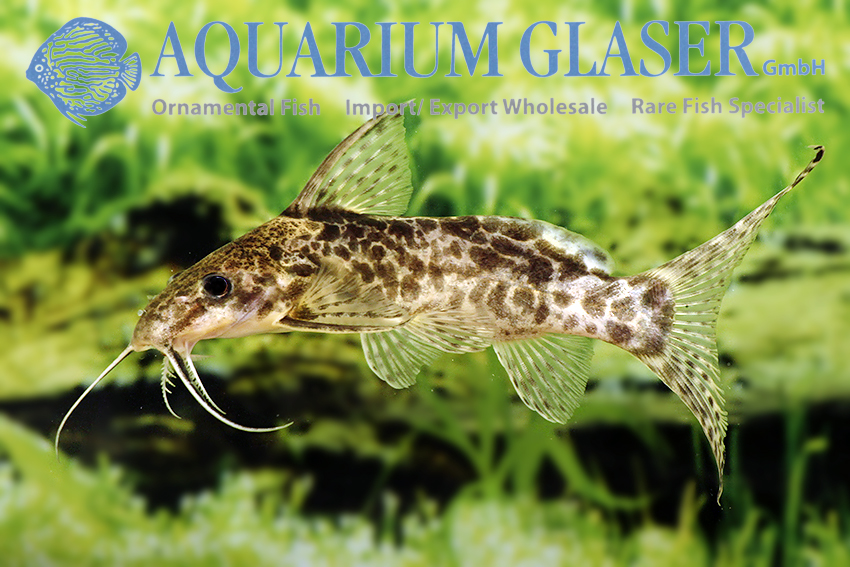 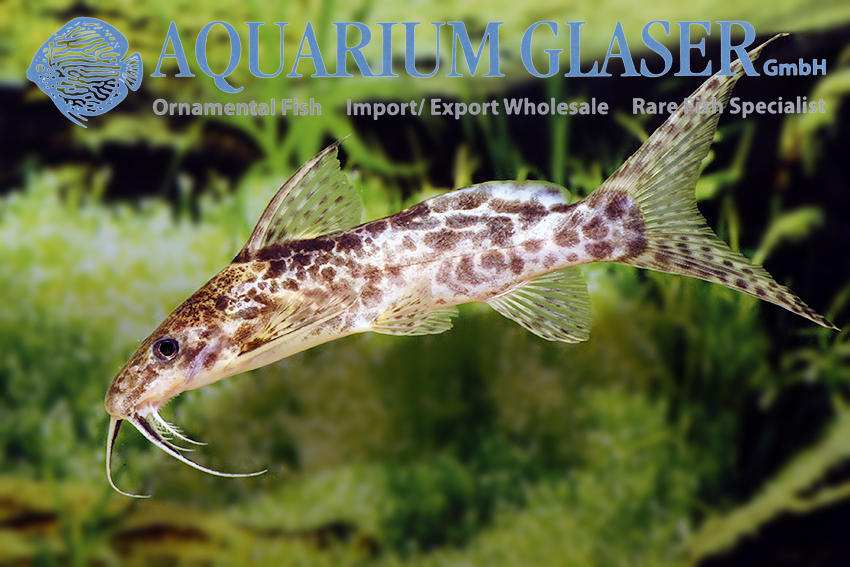 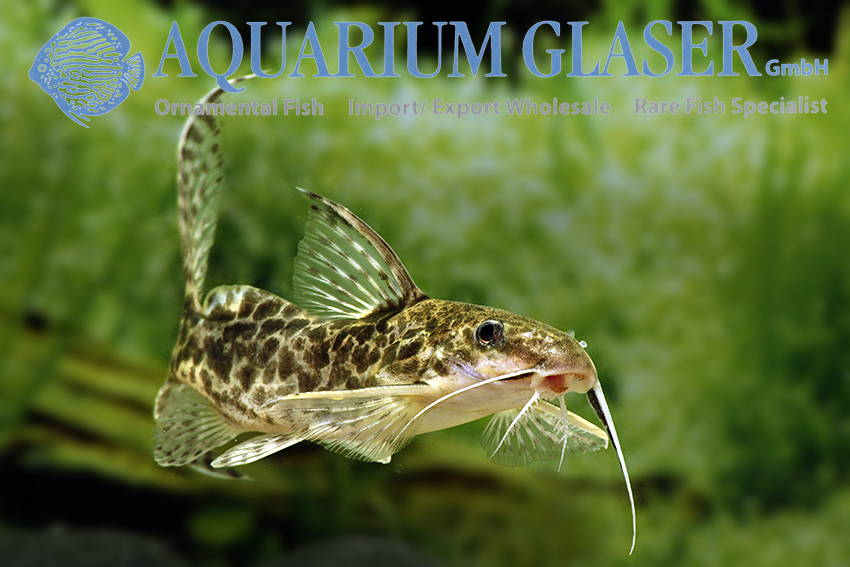 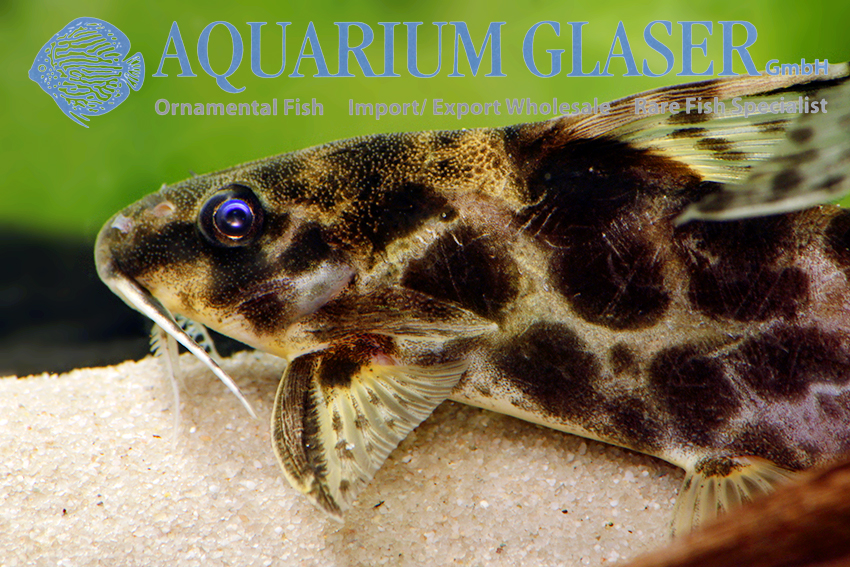 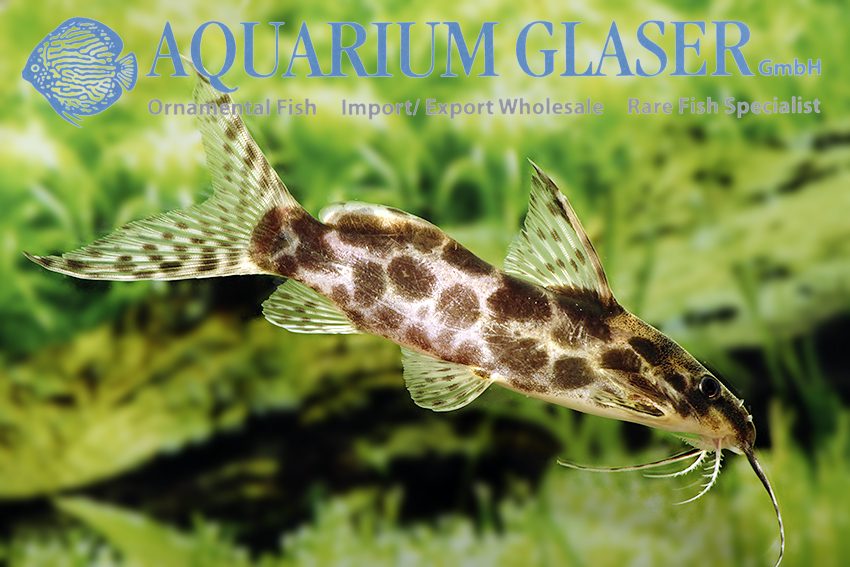 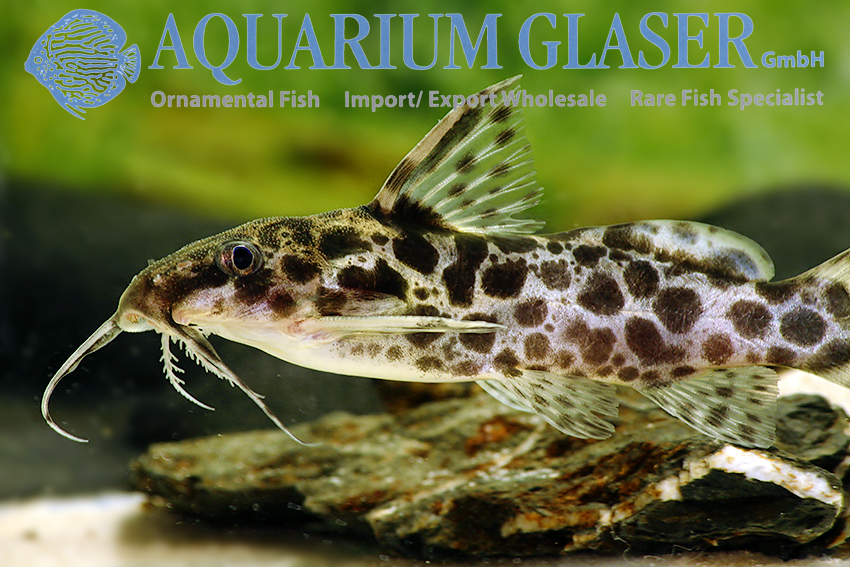 There does exist a good number of species of Synodontis that tend to swim upside down. The best known species is without any doubt the upside down cat, Synodontis nigriventris from the Congo. Now we were able to import the very rarely offered Synodontis batensoda from Nigeria, which shows a similar behaviour. 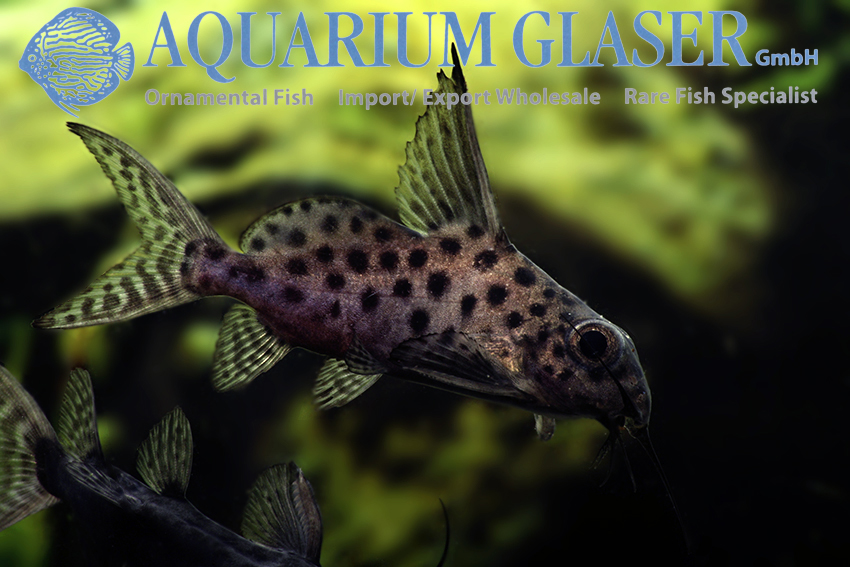 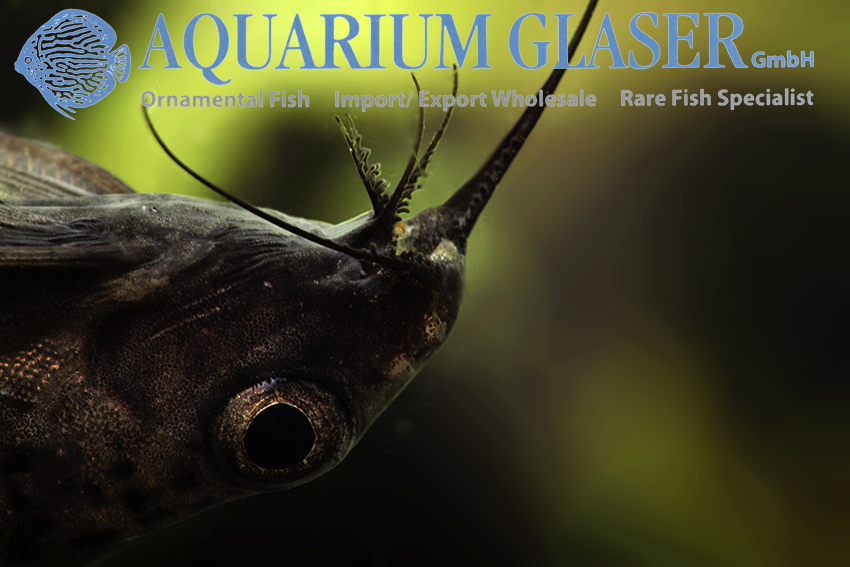 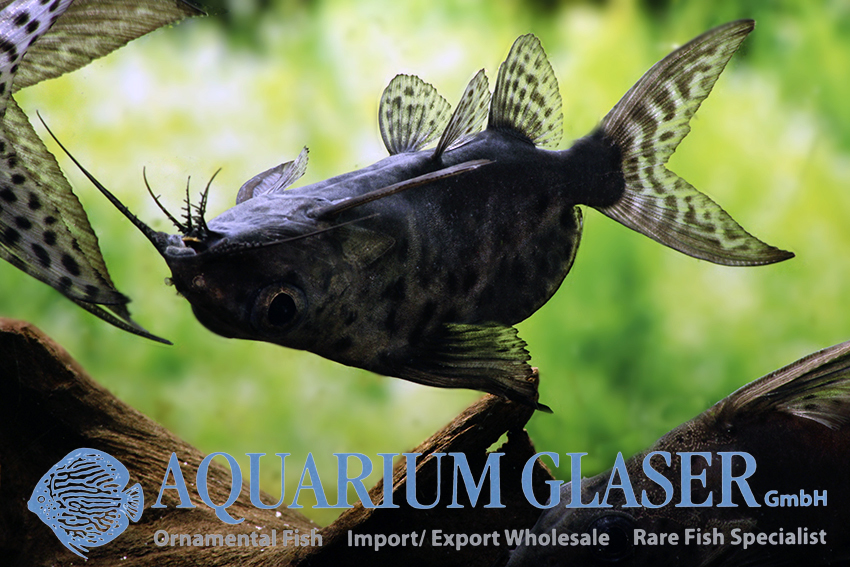 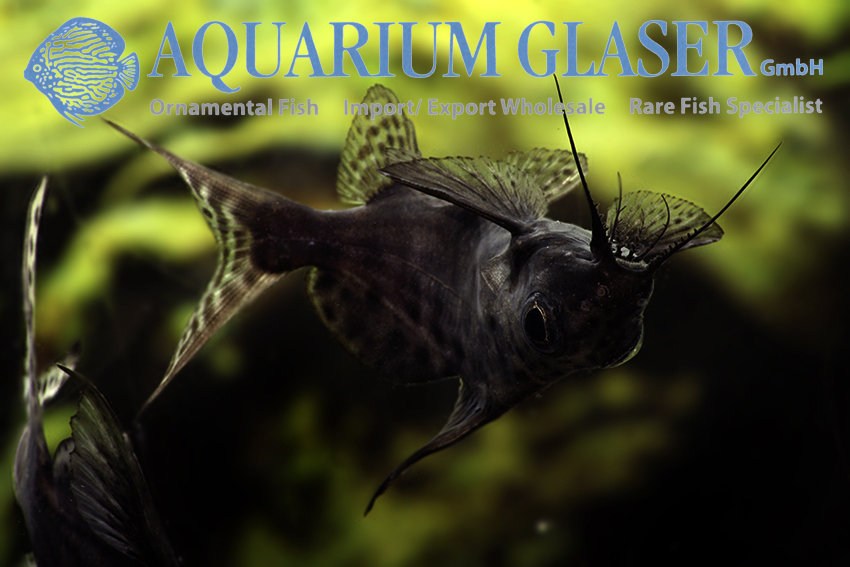 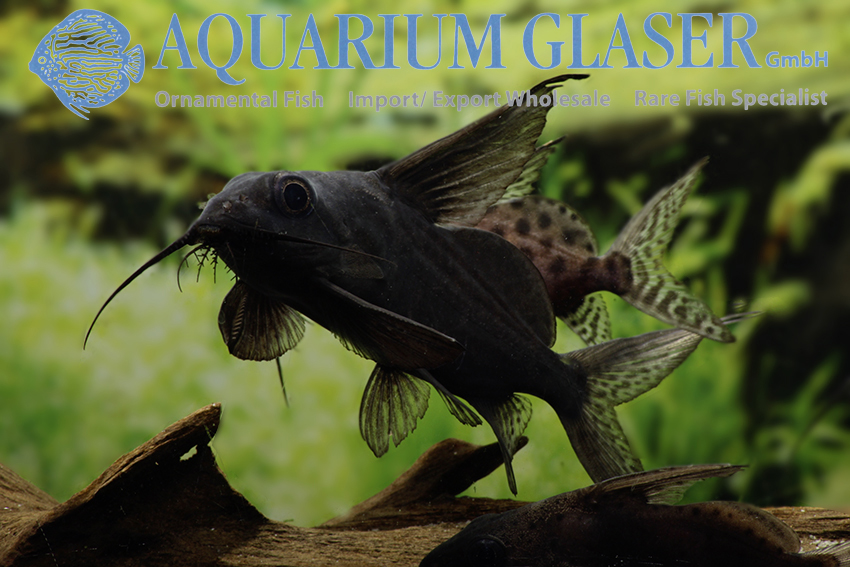 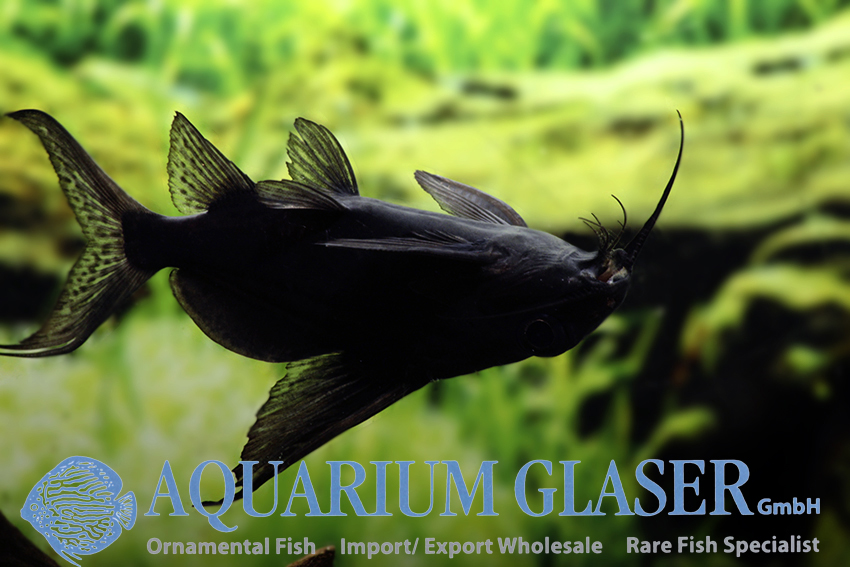 It seems to be quite unimportant for the fish in which position it swims actually. But one can see from the very dark coloration of the belly that the upside-down postion is very often used. Species of fish with a “normal” swimming behaviour have light bellies, so they do not contrast much with the sky. Many predatory fish hunt from below, so this coloration is necessary.

S. batensoda attains usually a length of about 25 cm (maximum size recorded is about 50 cm) and should be kept in larger aquaria. The species is quite social and should be never kept alone. S. batensoda will eat small fish, but is usually very peaceful against larger, other species. Formerly S. batensoda was placed in the monotypic genus Brachysynodontis.

For our customers: the fish have code 103003 on our stocklist. Please note that we exclusively supply the wholesale trade.