From Peru a larger number of Tatia reached us thanks to this import we can now solve an more than 10 year old puzzle. In 2011 we received from this country monochrome Tatia, which could not be assigned to any known species (https://www.aquariumglaser.de/en/fish-archives/tatia_sp_tahuayo_river_en/). Now it is clear: it is a monochrome color variant of T. intermedia. Mostly T. intermedia has a pattern of light, short, horizontal strokes; many of the current imports also show these, but there are also specimens with only a few strokes – and the monochrome dark ones.

The brightly reflecting lower eye-half of the fish is interesting; because this is obviously a rest-light-amplifier, that helps the fish to find its prey on its nightly hunt on into the water fallen landinsects. If the fish are not flashed at, one does not see this.

Tatia intermedia grows about 15 cm long and is mainly active at night and twilight. In principle, they are peaceful fish, but of course very small fish up to about 4 cm length are considered as food.

For our customers: the fish have code 295704 on our stocklist. Please note that we exvlusively supply the wholesale trade.

When the first black and white “Tatia” appeared in the ornamental fish trade some years ago, they were celebrated as a sensation. (see https://www.aquariumglaser.de/en/fish-archives/centromochlus_sp_ninja_en/ and https://www.aquariumglaser.de/en/fish-archives/tatia_musaica_en/). We identified these fish, which originated in Brazil, as Tatia musaica. In 2017, a team of scientists published a study on Centromochlus species and described the species previously known as Tatia musaica from Brazil (Rio Nhamunda drainage) as a new species Centromochlus orca. However, they confirmed Tatia musaica as a valid species from the Rio Orinoco. The “real” Tatia musaica differs in color from C. orca by the higher proportion of black in the coloration. It was astonishing that these two species, so similar to each other, were placed in different genera.

Unfortunately, this team of scientists had overlooked a 2015 paper by Steven Grant in which Grant established several new (sub)genera, including Sauronglanis for the species then identified as T. musaica. So now there were already three generic names for the small (5-6 cm long) black and white Tatias!

In 2019, another team of scientists published a study on the relationship classifications of the driftwood catfishes, in which both species (orca and musaica) were reassigned to Tatia, and Sauronglanis was declared a synonym of Tatia.

This did not go unchallenged; in a study published in 2020, both species were regrouped and this time placed in Centromochlus, so should now be called C. orca and C. musaicus. And Grant is not yet convinced that his genus Sauronglanis is really a synonym, as he writes in his 2021 book on banjo-catfish, doradids, and driftwood catfishes.

In any case, we now have pretty black and white driftwood catfishes from the Orinoco in the stock that are undoubtedly the species originally described as Tatia musaica, to whichever genus one may assign them.

For our customers: the animals have code 295842 on our stocklist. Please note that we supply exclusively to wholesalers.

Grant, S. (2015): Four new subgenera of Centromochlus Kner, 1858 with comments on the boundaries of some related genera (Siluriformes: Auchenipteridae: Centromochlinae). Ichthyofile No. 3: 1-16.

Sarmento-Soares, L. M. & R. F. Martins-Pinheiro (2020): A reappraisal of phylogenetic relationships among auchenipterid catfishes of the subfamily Centromochlinae and diagnosis of its genera (Teleostei: Siluriformes). Proceedings of the Academy of Natural Sciences of Philadelphia v. 167: 85-146.

The cute Tatia catfishes are quite popular in the hobby. Keepers put up with the fact that you can hardly see them outside feeding times, because they are extremely addicted to hiding. But they make up for it with their pretty coloration and good breedability.

Tatia galaxias comes from the Orinoco river basin in Colombia (including the Rio Meta) and Venezuela, where our current stock comes from. The coloration is unique. On a dark background there are numerous bright spots, like stars in the galaxy – hence the species name. There is a possibility of confusion to some individuals of Tatia intermedia, but the spots are longitudinal oval in the latter species, round in T. galaxias.

The maximum size of T. galaxias is 12 cm, sexual maturity occurs at a length of about 5-6 cm. Every usual ornamental fish food is eaten, the water values are negligible for the care, if extreme values are avoided. The water temperature should be 24-30°C.

For our customers: the animals have code 295664 (4-6 cm) on our stocklist. Please note that we only supply wholesale.

In spite of their largely nocturnal nature, the driftwood catfishes have meanwhile gathered a small fan community behind them, which enthusiastically cultivate and breed them. Surely it contributes to the fact that these catfishes have an internal fertilization, whereby the females can produce a fertilized clutch sometime without direct intervention of a male, since the fertilization already took place days or weeks before. This behaviour fascinates many breeders. 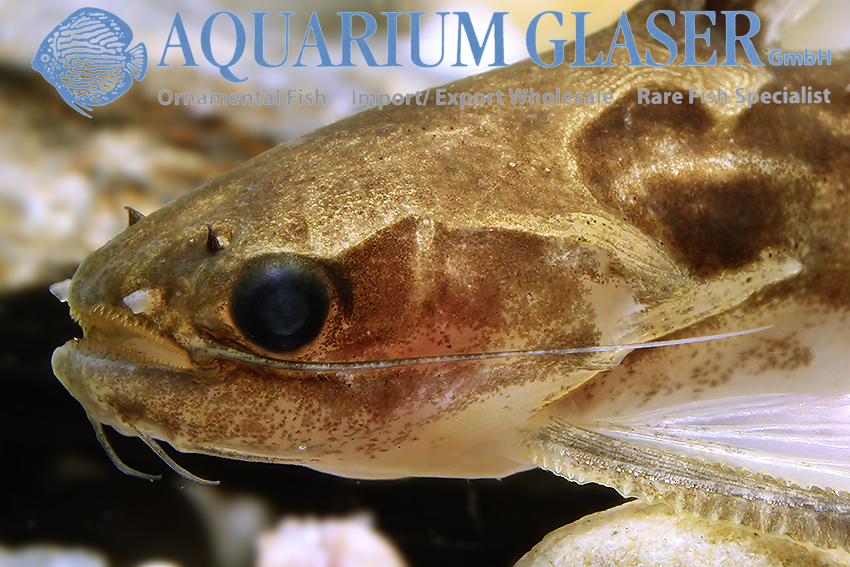 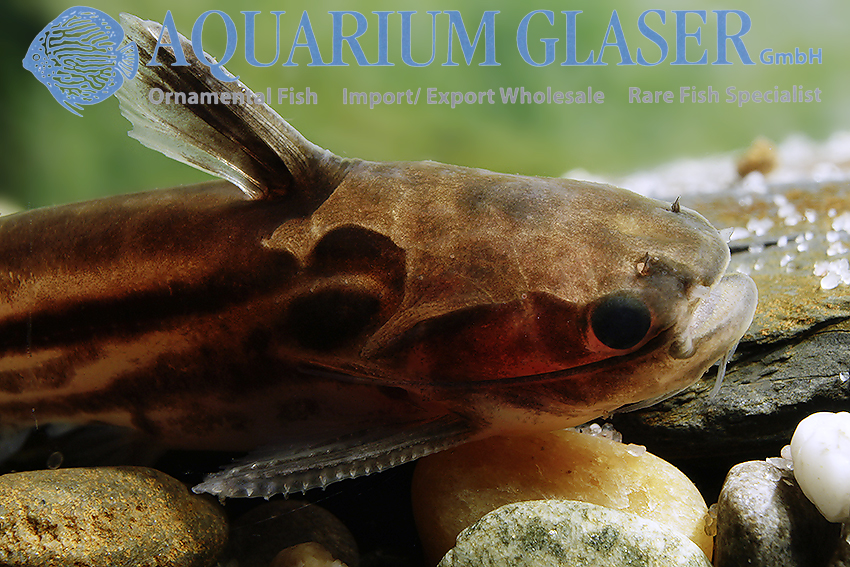 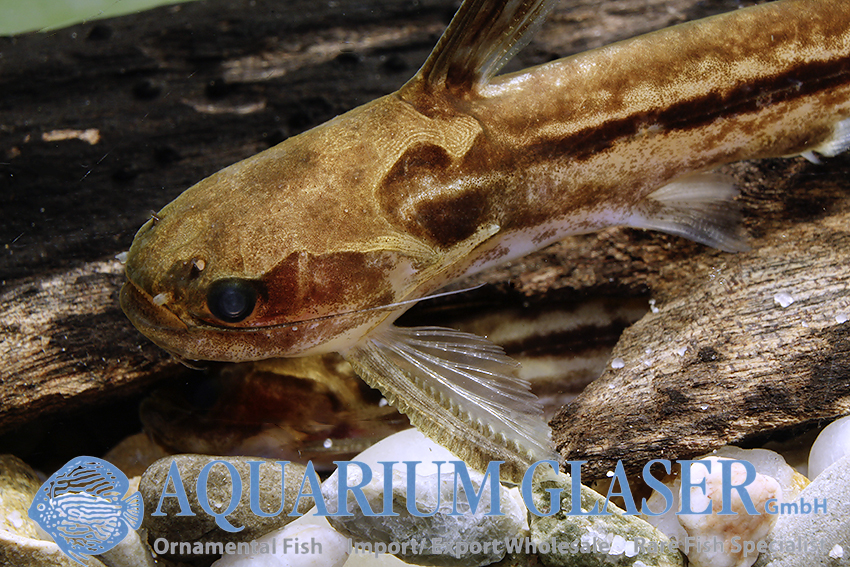 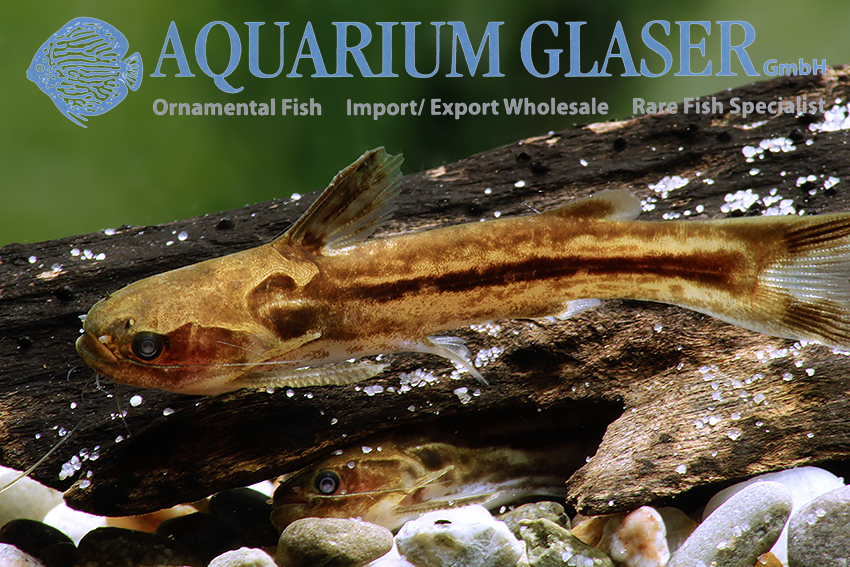 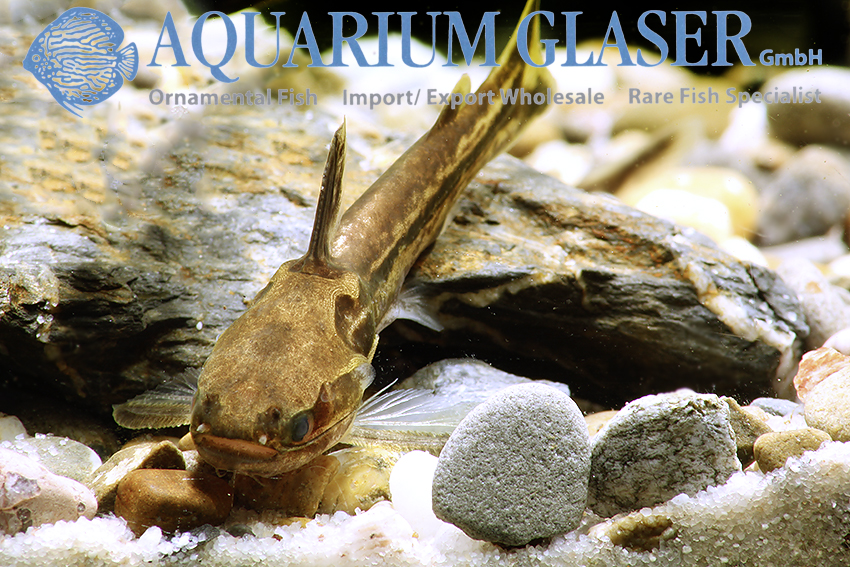 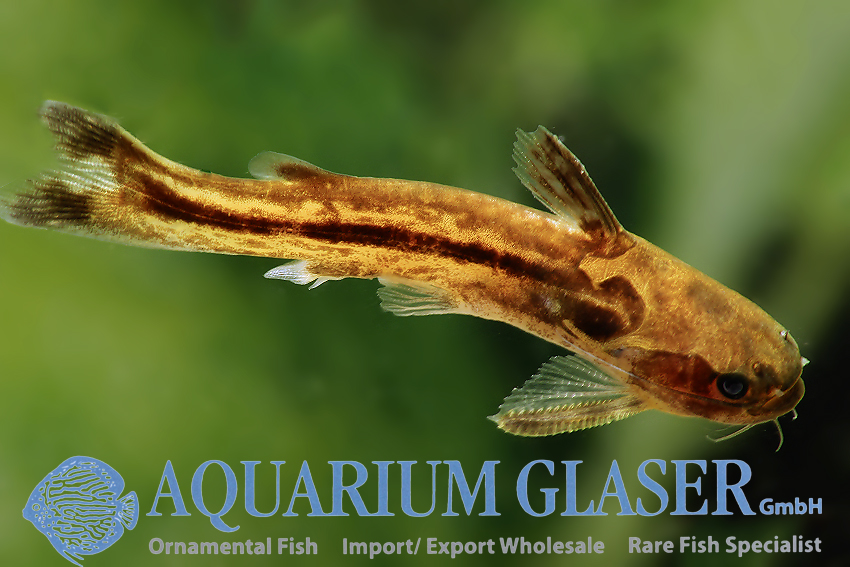 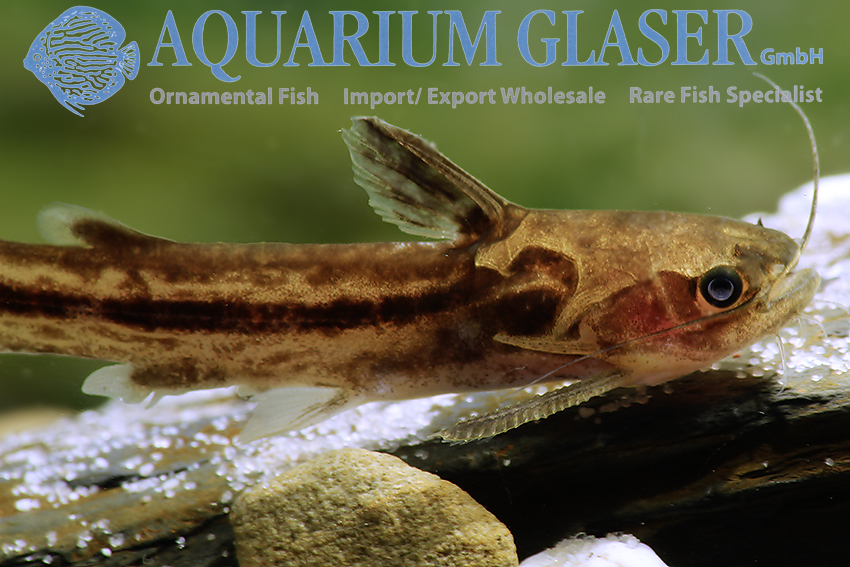 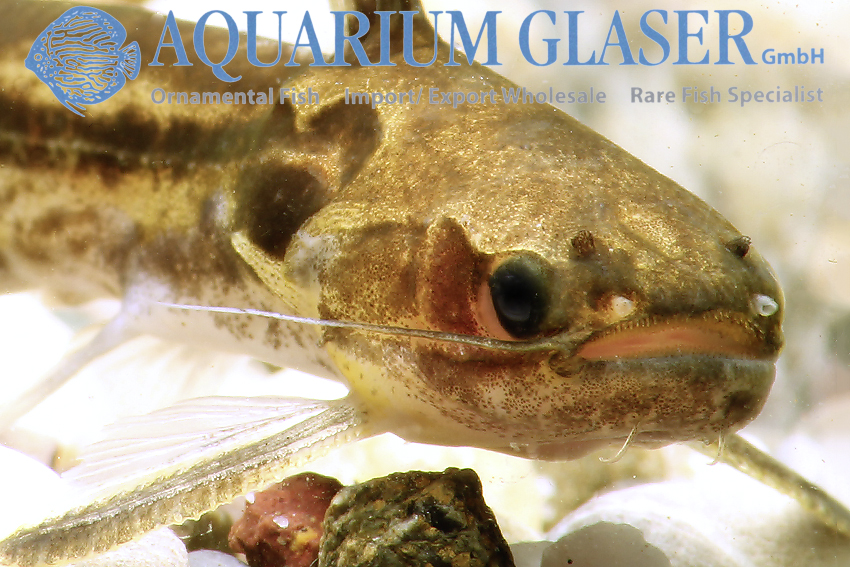 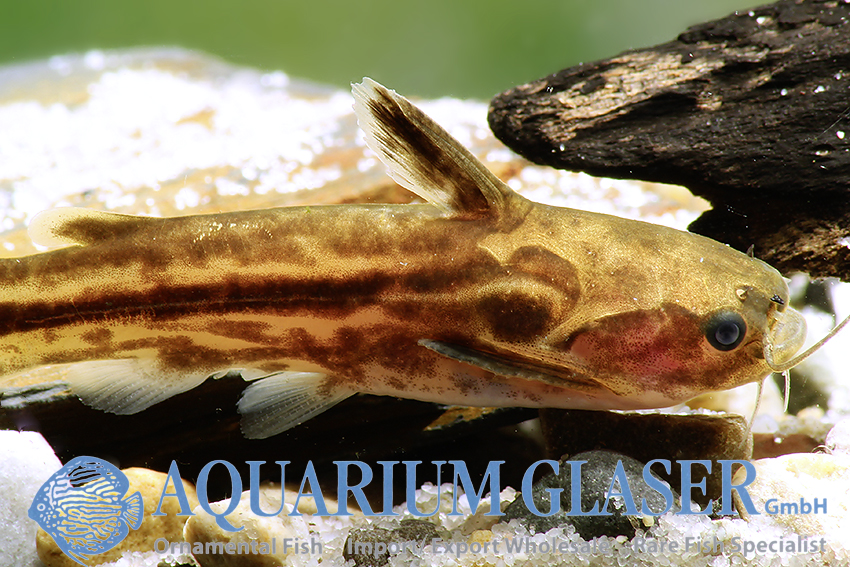 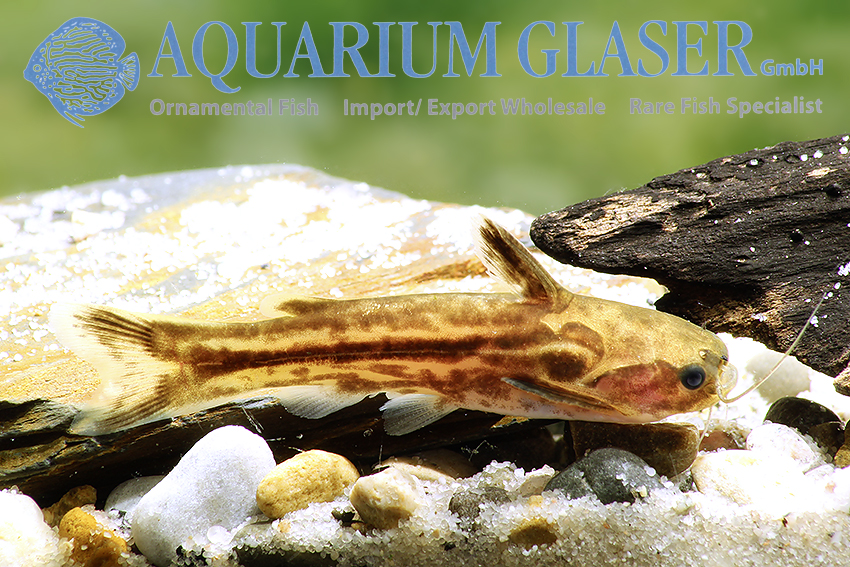 For our customers: the animals have code 295682 on our stocklist. Please note that we only supply wholesalers.

We were able to import the wooddrift catfish Tatia dunni for the first time in 2010 (see http://www.aquariumglaser.de/en/fish-archives/tatia_dunni_en/). Animals from this stock were given to one of our breeders, Jürgen Hattenberger. Sadly he died unexpected a few weeks ago. Jürgen was able to establish a breeding stock from the first importation and since then we obtained from time to time bred T. dunni from him. He also developed a pale strain from these fish he called T. dunni „White“. 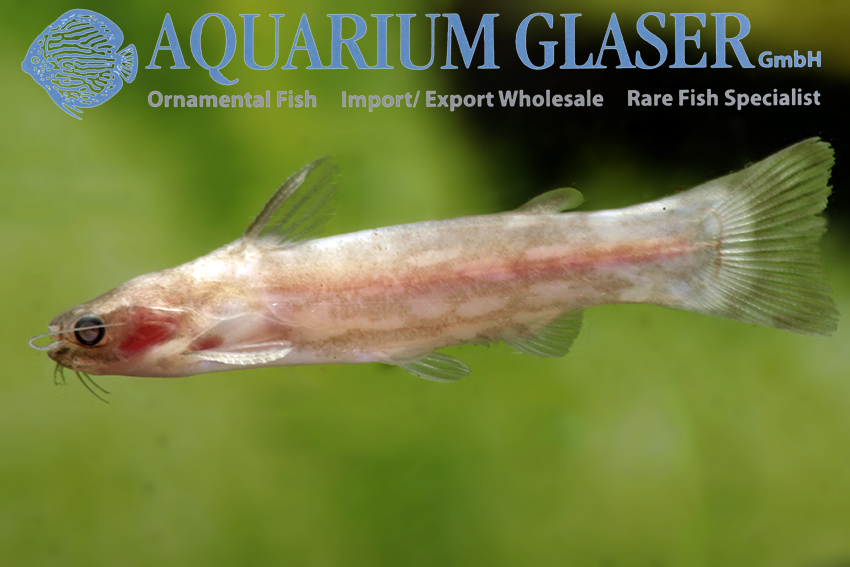 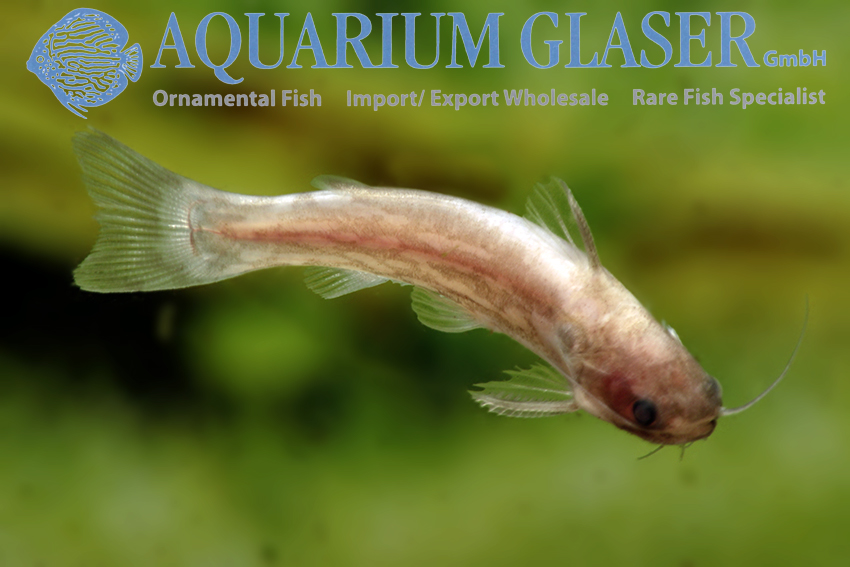 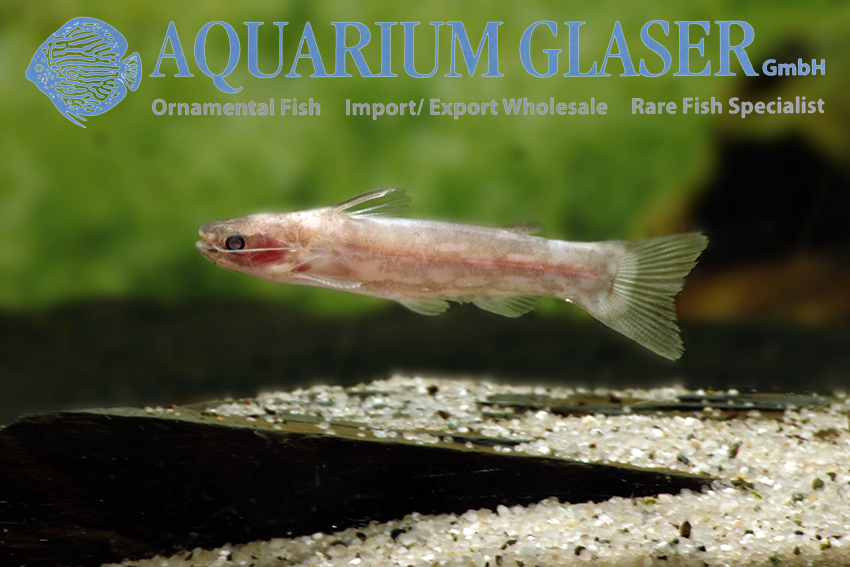 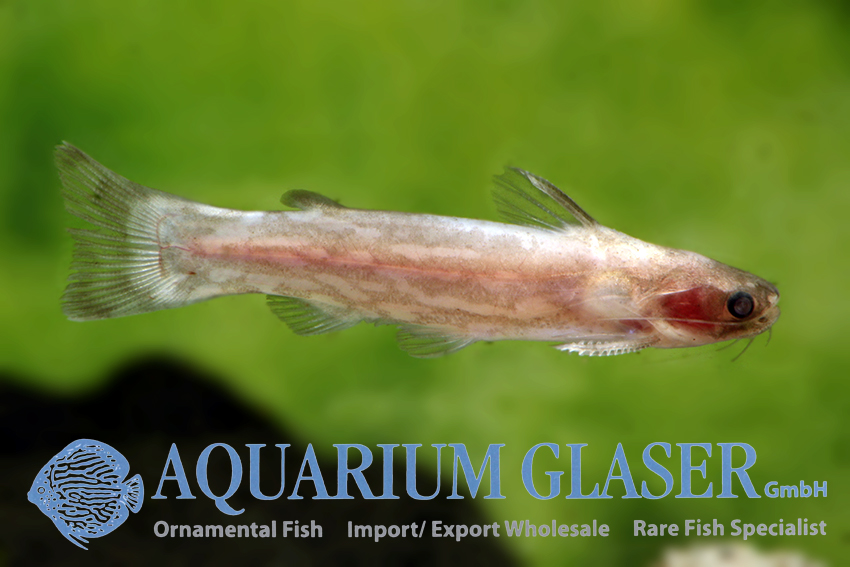 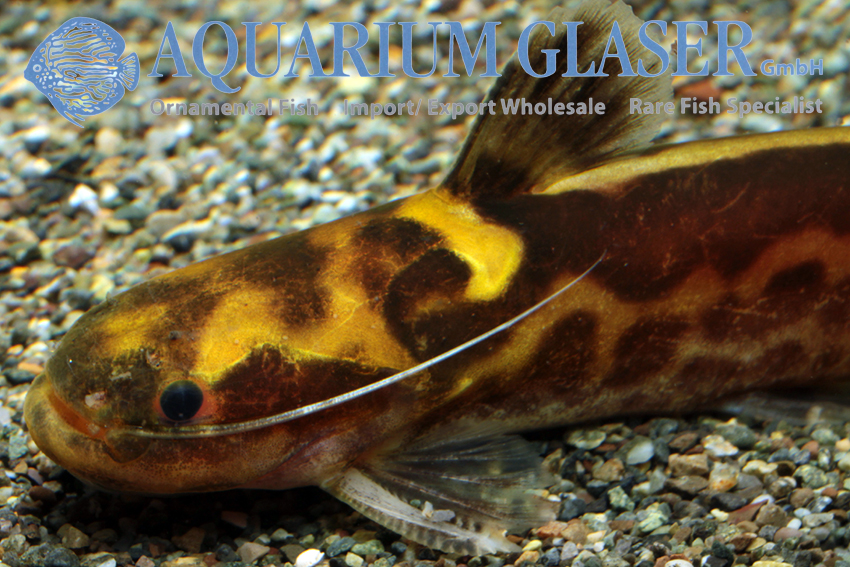 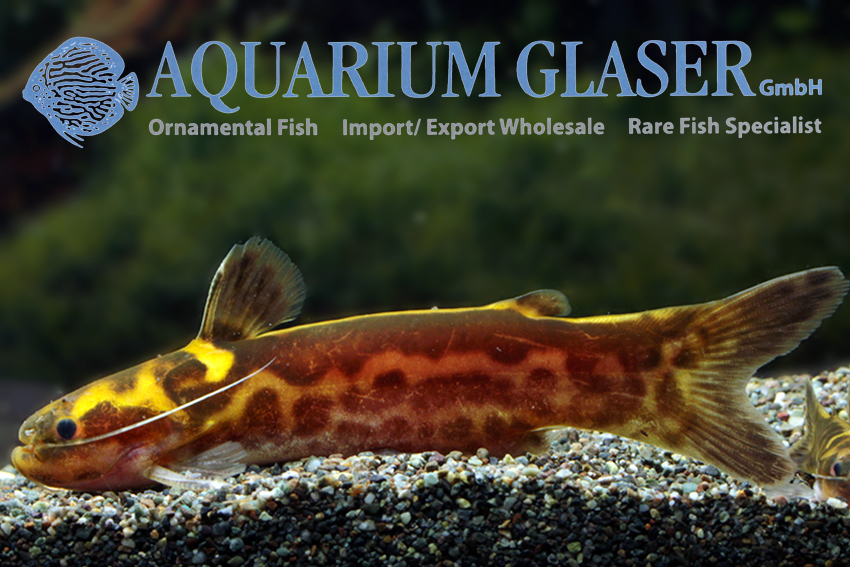 We now received from the closing of the fishhouse of J. Hattenberger both „normal“ bred T. dunni as well as white ones. We hope that the interesting white strain will be preserved in the aquarium hobby.

For our customers: the fish have code 295697 (normal) and 295698 (white) on our stocklist. Please note that we exclusively supply the wholesale trade.