From Peru we have received this nice catfish, which can be recognized by its species-typical pattern: A black spot at the base of the dorsal fin, two at the middle base of the caudal fin. The species name also refers to this (trimaculatus = with three spots). The peaceful animal becomes about 10 cm long. Its behaviour is best compared to that of Corydoras. Tenellus trimaculatus is a social animal, which appreciates the company of conspecifics. Therefore, one should always maintain at least five specimens together; in the absence of conspecifics, the catfish joins also other, similar species. The large eye shows that it is a twilight active catfish. In the lower half of the eye there is a “residual light amplifier” which causes in the lower half of the iris a “red-eye effect” when a flash is used. We have corrected this in most photos, only in one we have left it to demonstrate the effect. 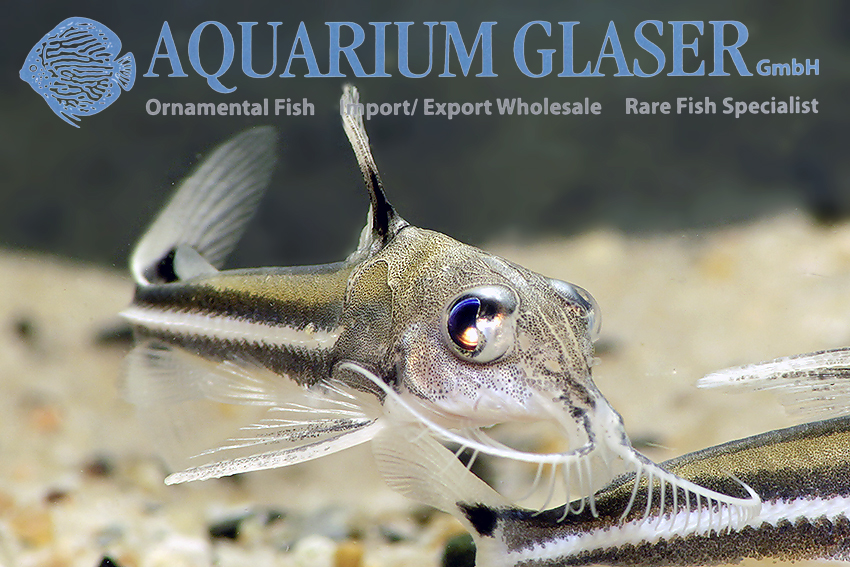 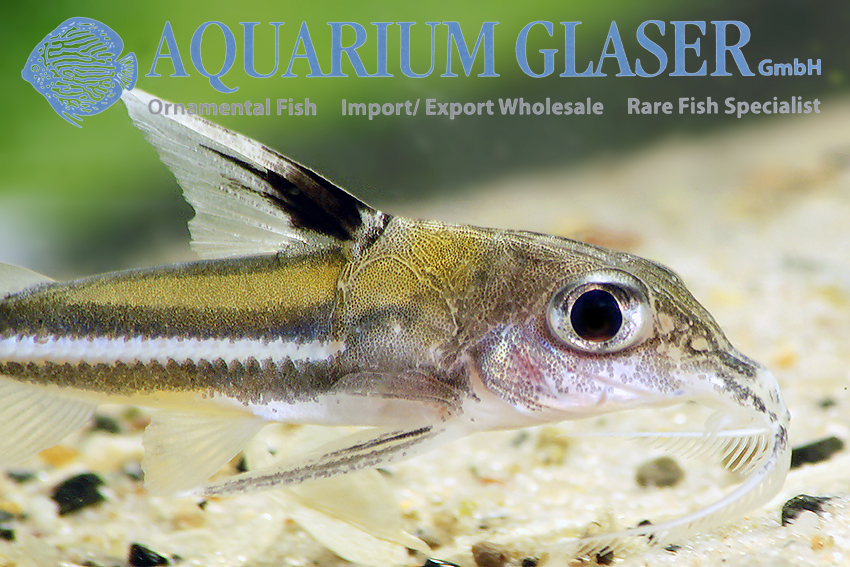 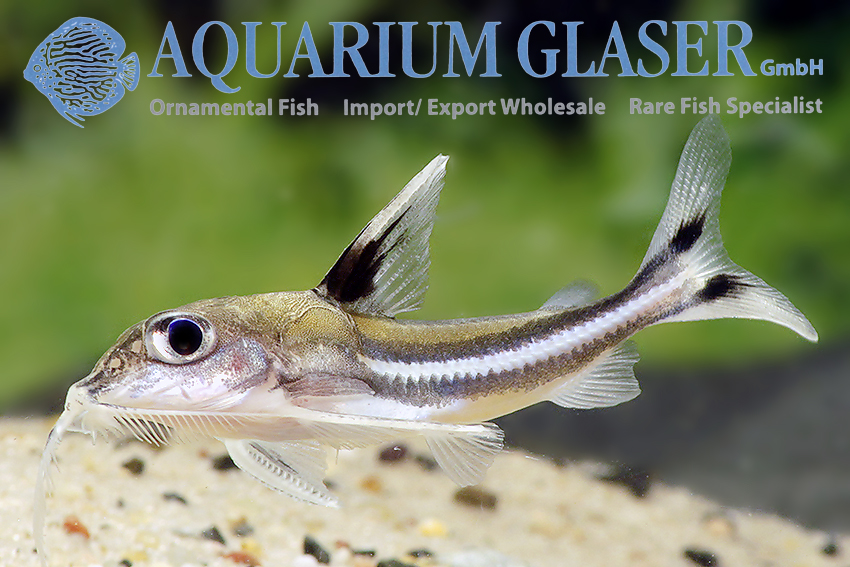 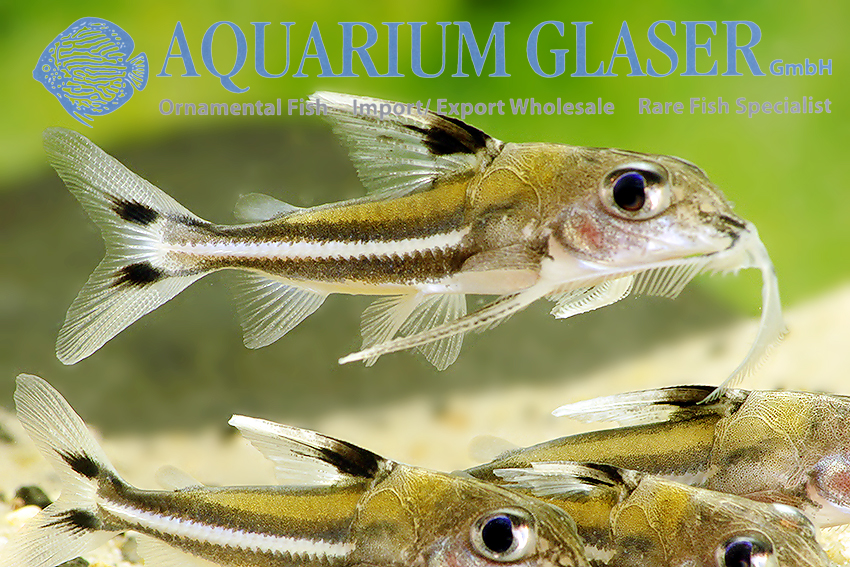 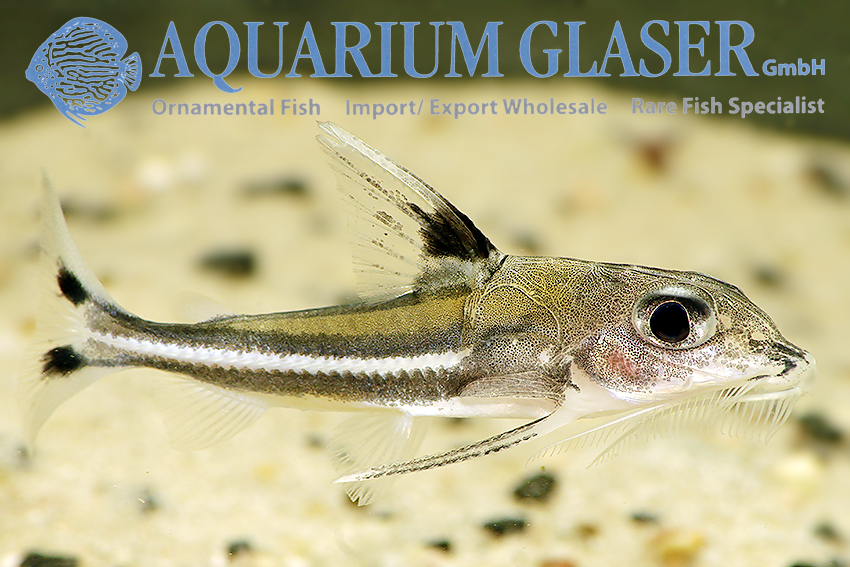 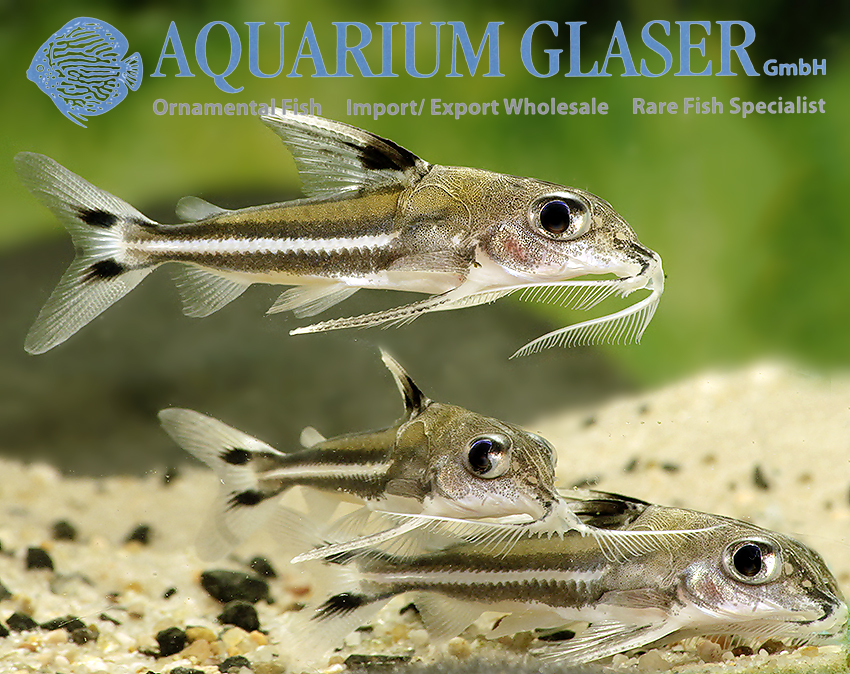 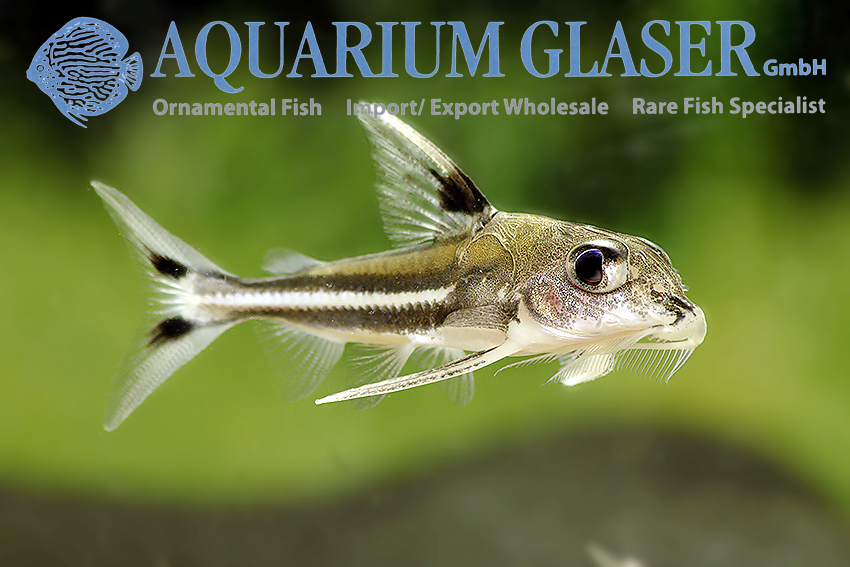 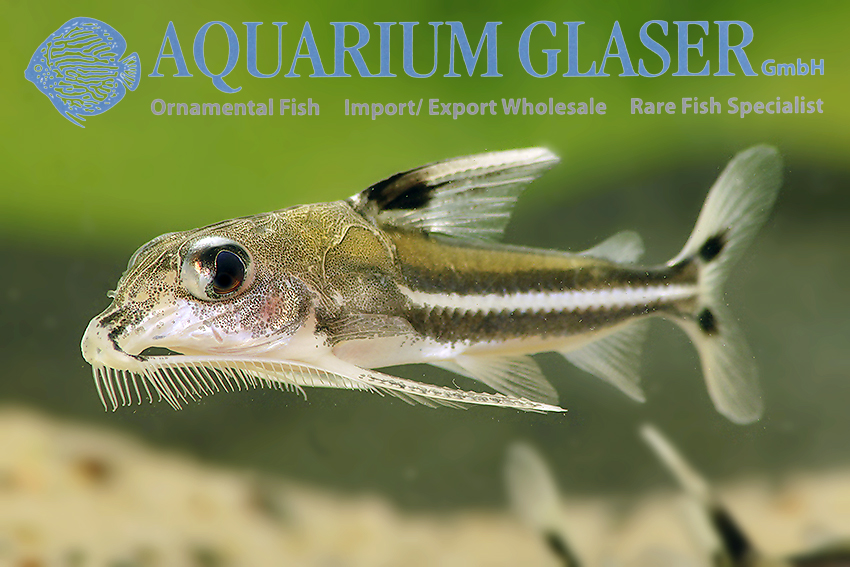 For our customers: the animals have code 295992 on our stocklist. Please note that we only supply wholesalers.