Unfortunately many Haplochromis-like cichlids of Lake Victoria are threatened by extinction due to profound environmental changes. The giant perch (Lates niloticus) introduced there, the turbidity of the water due to eutrophication and the resulting mass growth of the water hyacinth (Eichhornia crassipes) are the best known causes. For this reason, a conservation breeding programme is being run for a number of species, in which numerous (unfortunately not enough) hobby aquarists are taking part. 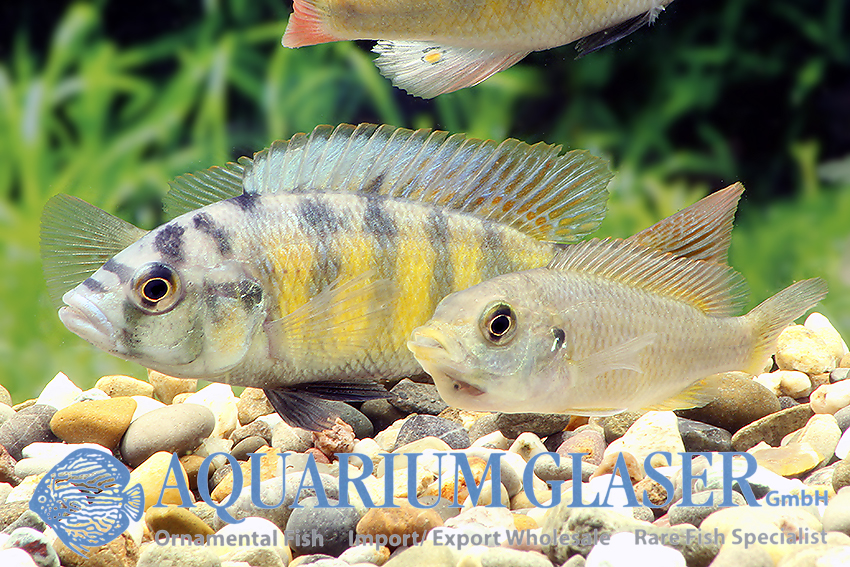 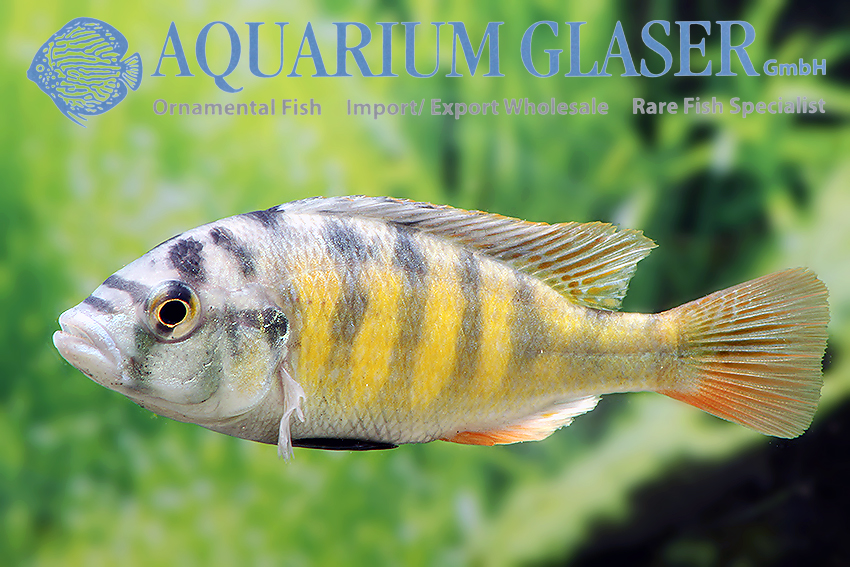 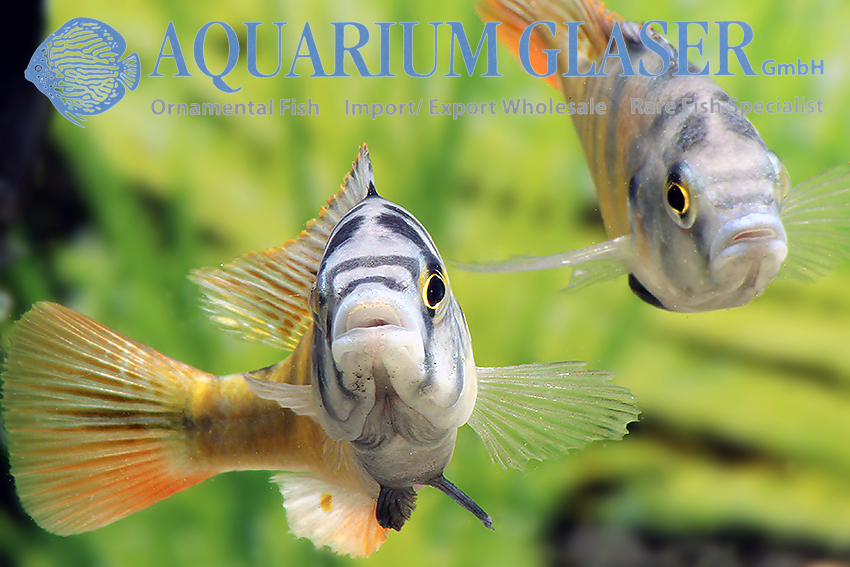 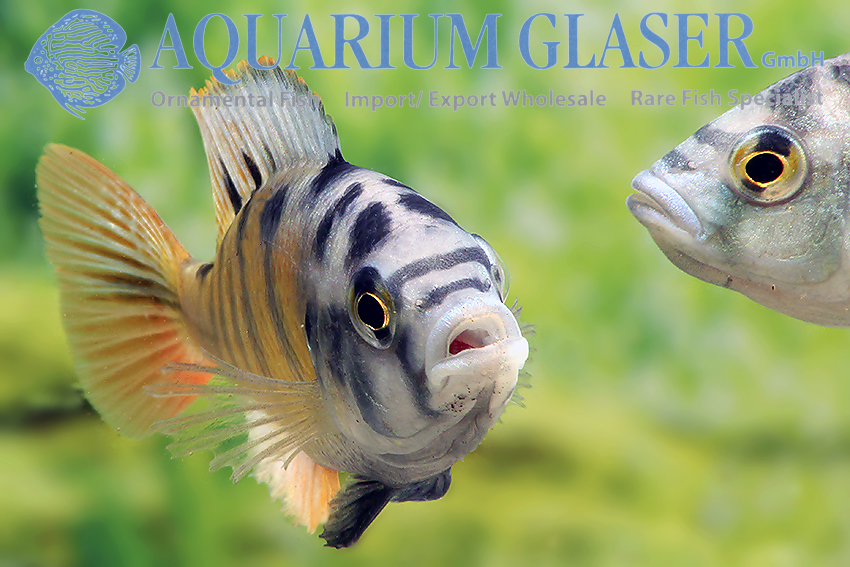 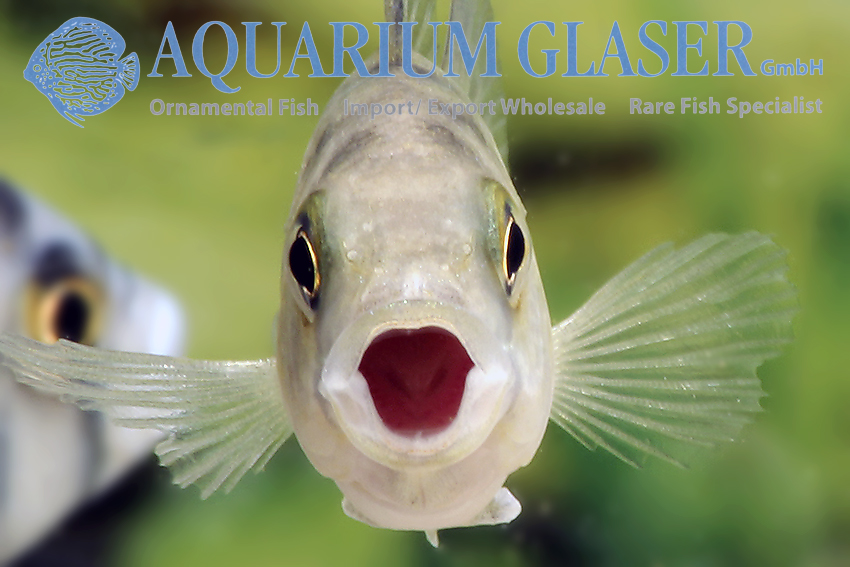 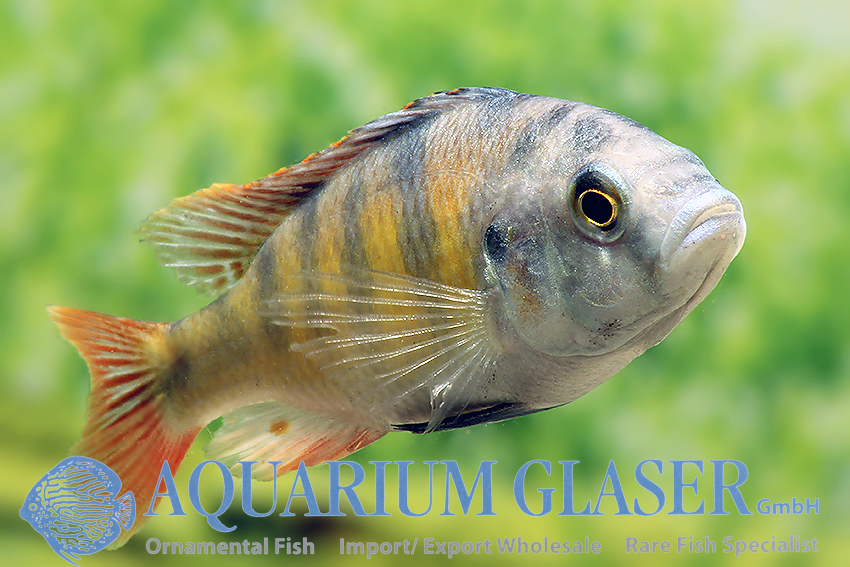 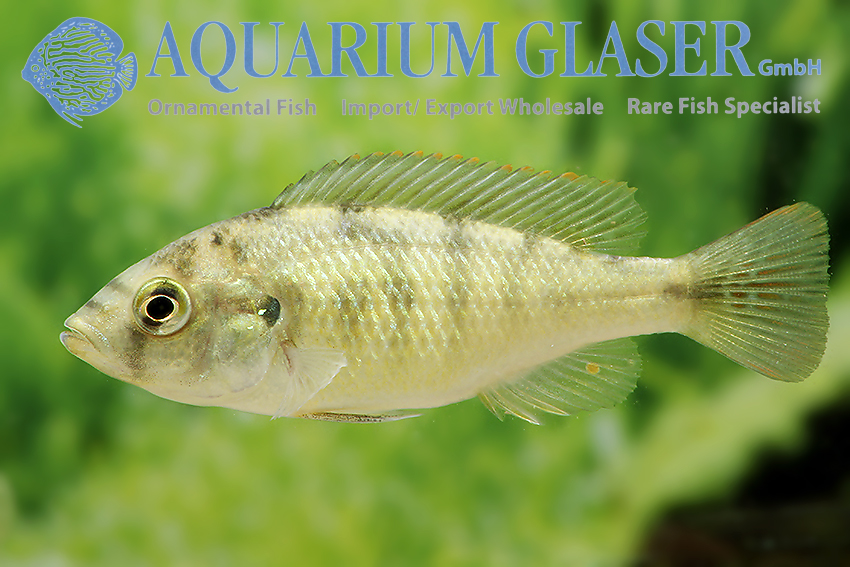 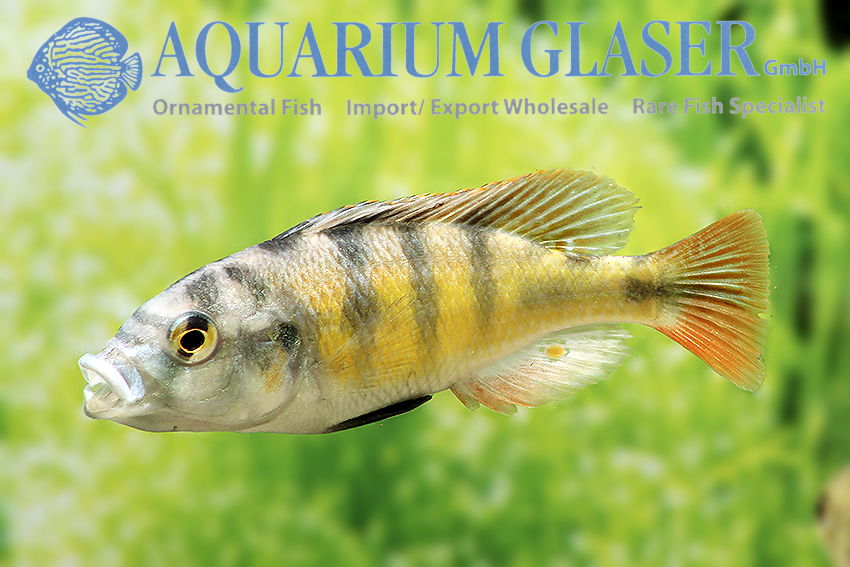 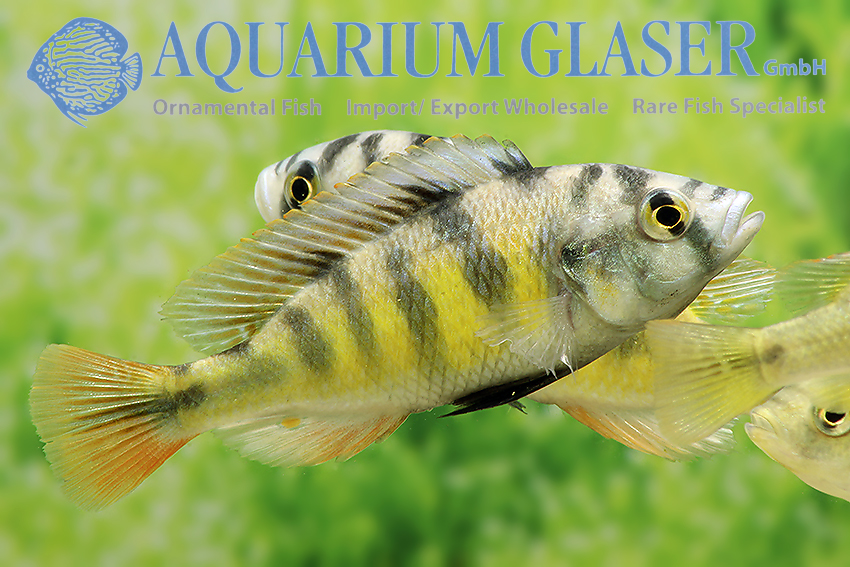 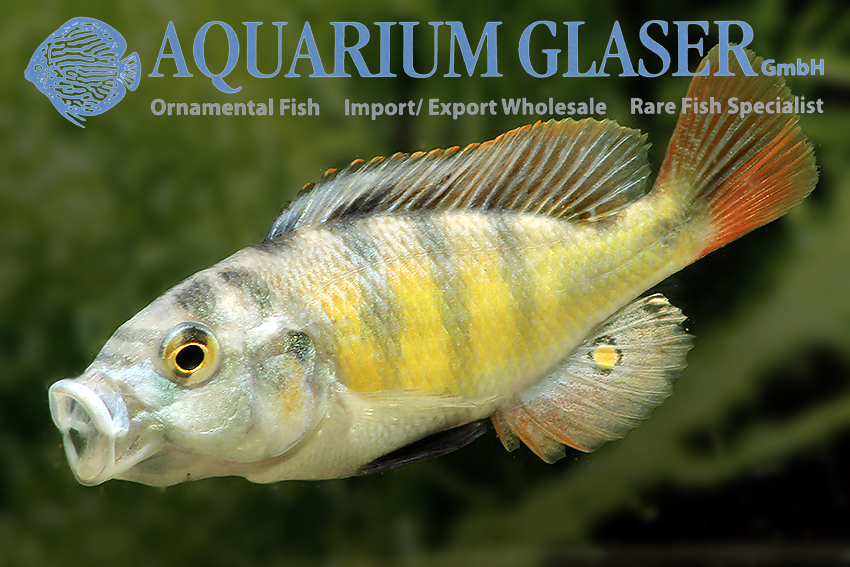 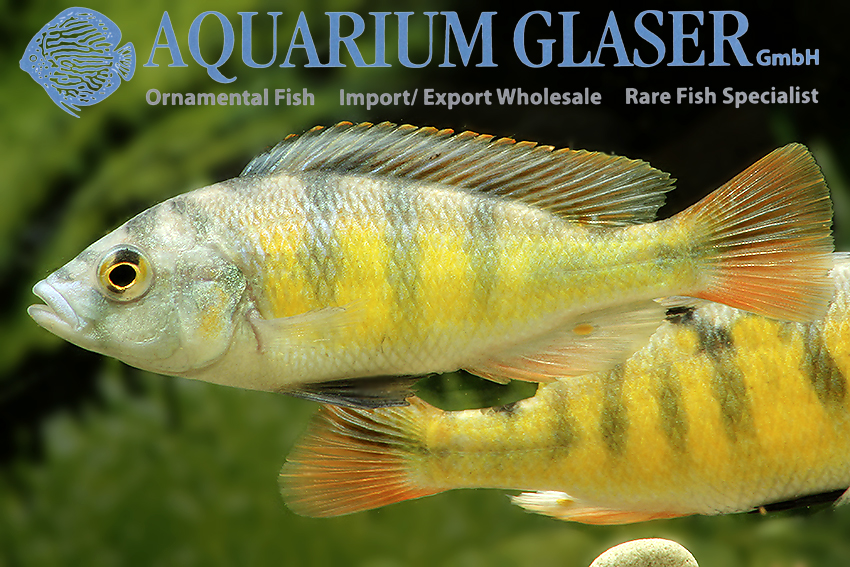 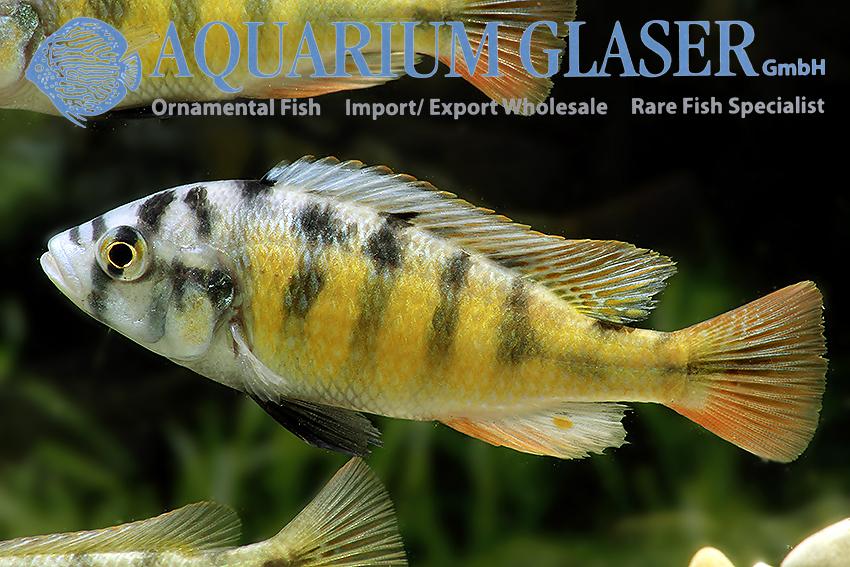 One of the species that have been repeatedly imported from Lake Victoria since 1993 and are therefore also available in the hobby is the “Thick Skin”. There do exist several colour variations of this species, which can be assigned to geographical regions. The animals that we can offer at the moment correspond well to the animals of Kisumu (Kenya) and have few, quite wide vertical bandages on the flanks.

H. sp. “Thick Skin” becomes sexually mature with 5-6 cm of length, however, the animals can become more than twice as big. Since they must be counted to the very aggressive species of the genus, big tanks and big groups, in which the aggression can distribute, are urgently to be advised. The number of females should predominate in the groups.

Clear water with a pH value always clearly above 7 is the prerequisite for beautifully colored animals, which are not only beautiful to look at, but also give the keeper the nice feeling of doing something for species protection.

For our customers: the animals have code 532502 on our stocklist. Please note that we only supply wholesalers.