The history of becoming a domesticated animal is hardly researched for many species and is full of secrets, as it is with Betta splendens. There is some evidence that its true domestication only occurred after the collapse of the Khmer Empire in the 15th century. Before that, Betta splendens had been used for fish fights, but with specimens from the ditch next door. First secured evidence of a true breeding form (a short-finned fighter type with a lancet-shaped, pointed tail fin) only exists from the early 19th century. The Veiltails even originated in Thailand between the world wars, first imports into the USA and Germany took place in the 1920s.

In 1978 all types of fins (Crowntail, Double Tail, Half Moon, Veiltail, Pla Kat etc.), as they are admired and bred all over the world today, were known for a long time already, they were just called differently and in the trade they were not represented, only by a handful of specialists. In the trade one found only „Veiltails“ in their various colours. Only at the turn of the millennium this changed, a Betta-Hype developed and for the first Crowntails, which suddenly appeared in the general ornamental fish market, fantastic prices were achieved.

The Betta-Hype is still going on. Nice! But – and this is also nice – the well-known Veiltails did not fall into oblivion. If you take an unbiased look at the “completely normal” Veiltail shown here, it is easy to see why…

For our customers: Veiltail bettas in all colours have code 390003 on our stocklist. Please note that we only supply the wholesale trade.

Quite recently a new sport of the cherry barb, Puntius titteya, apperaed in the market. The fish are offered from Southeast Asia. We have imported them now for the very first time. A most intersting fact is that in this sport only the caudal fin is prolonged, the remaining fins have normal size. In all longfin/veiltail varieties of cyprinid fish that are known so far (mountain minnow, Tanichthys albonubes; zebra fish, Danio rerio; leopard danio, Danio frankei; rosy barb, Pethia conchonius; goldfish, Carassius auratus; Kkoi, Cyprinus carpio) the reaminig fins are also prolonged, not only the caudal fin. This pecularity gives the cherry barb „longfin“ a really extraordinary look. 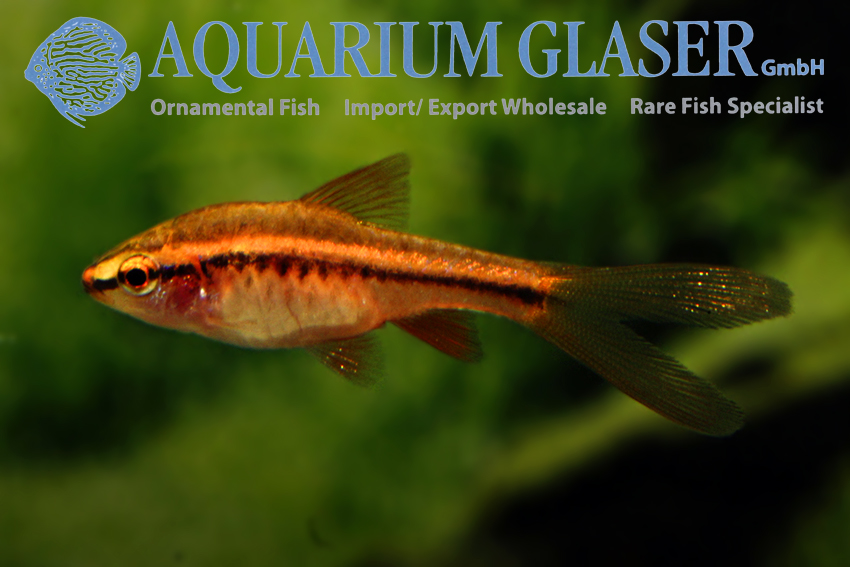 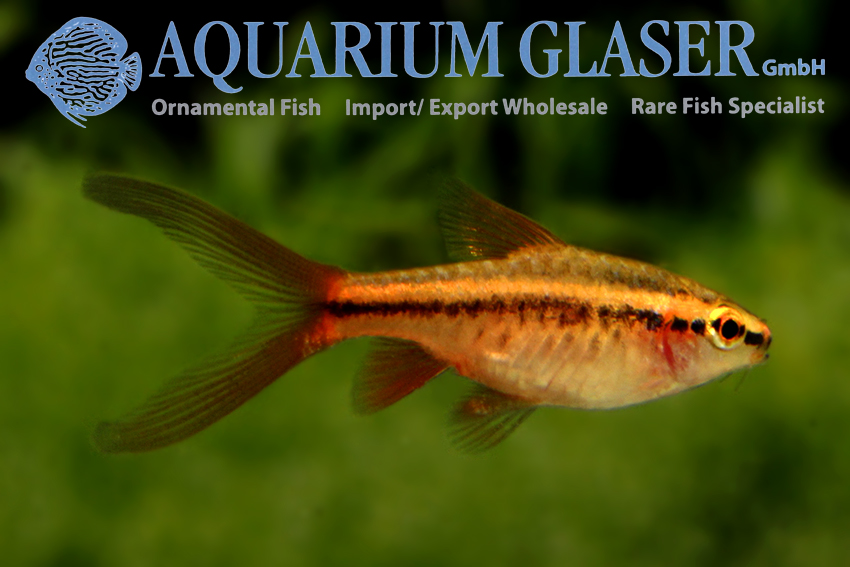 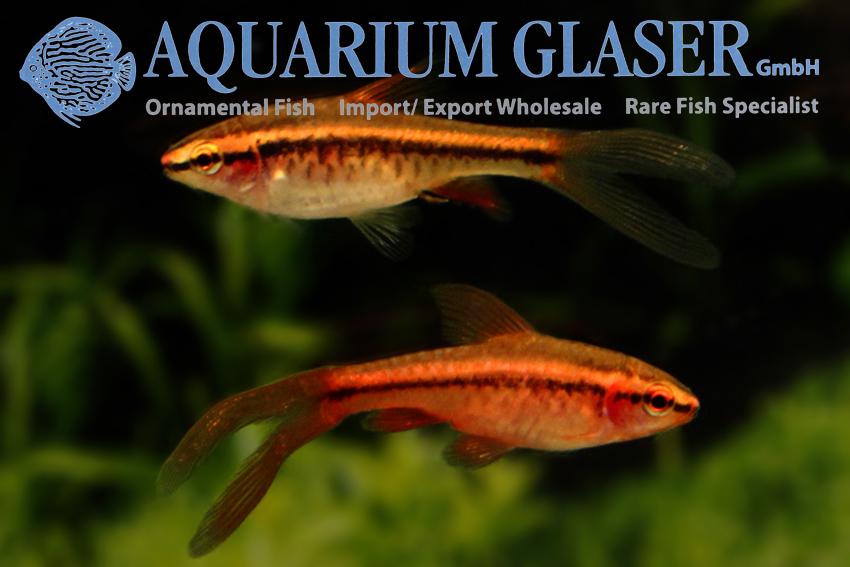 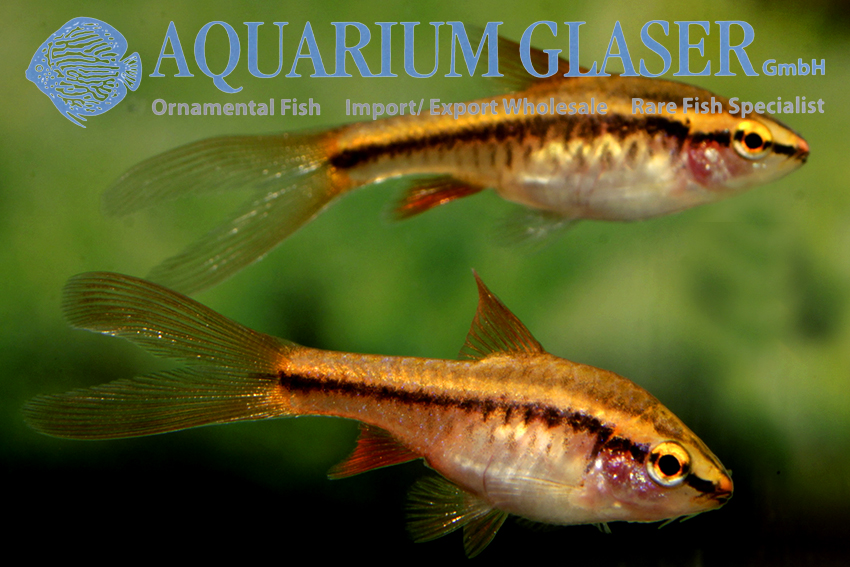 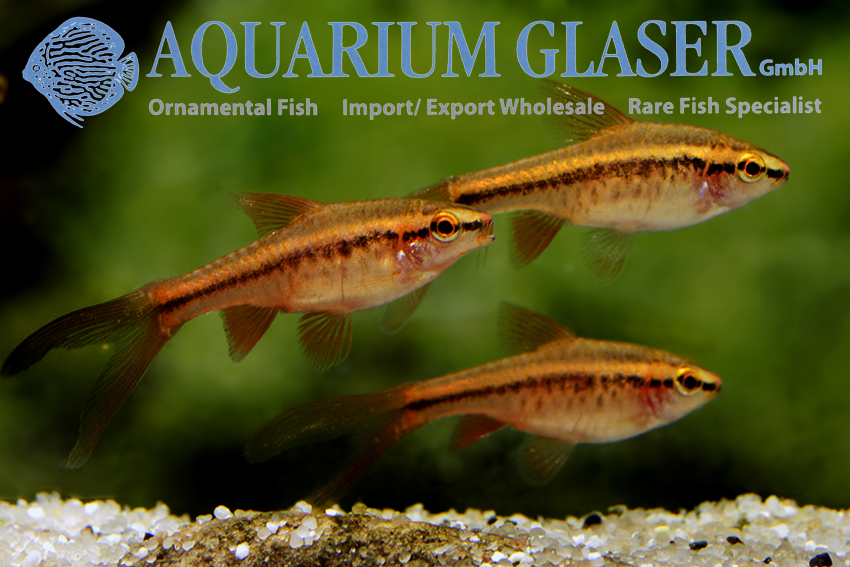 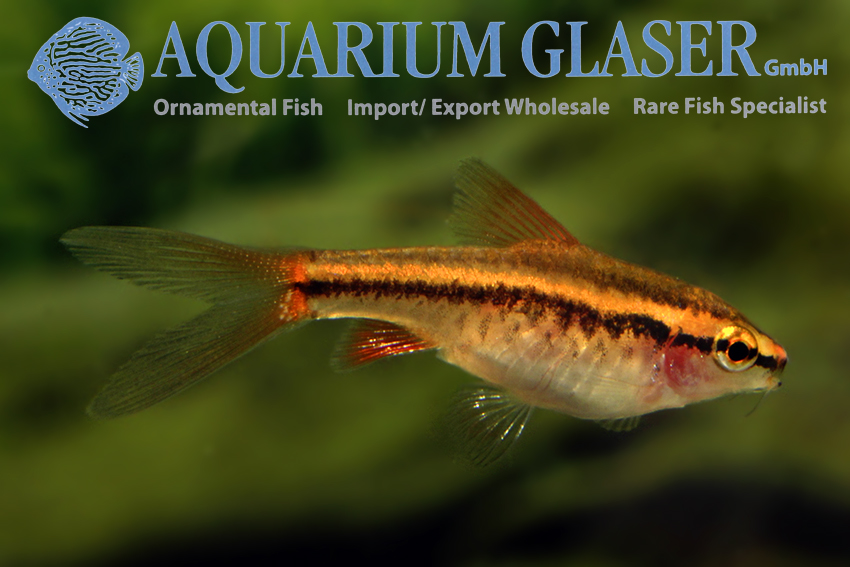 For our customers: the fish have code 372642 on our stocklist. Please note that we exclusively supply the wholesale trade.