The Blue Daisy (Oryzias woworae) is known by almost every aquarist child and we have this beautiful and easy to care fish regularly in our offer. Our current stock, offspring from Indonesia, consists of particularly large animals, which color themselves splendidly almost black in the courtship display. Apparently one has successfully crossed the attractive “Black” strain, which unfortunately mostly had no dorsal fin.

For our customers: the fish have code 340134 on our stock list. Please note that we only supply wholesale. 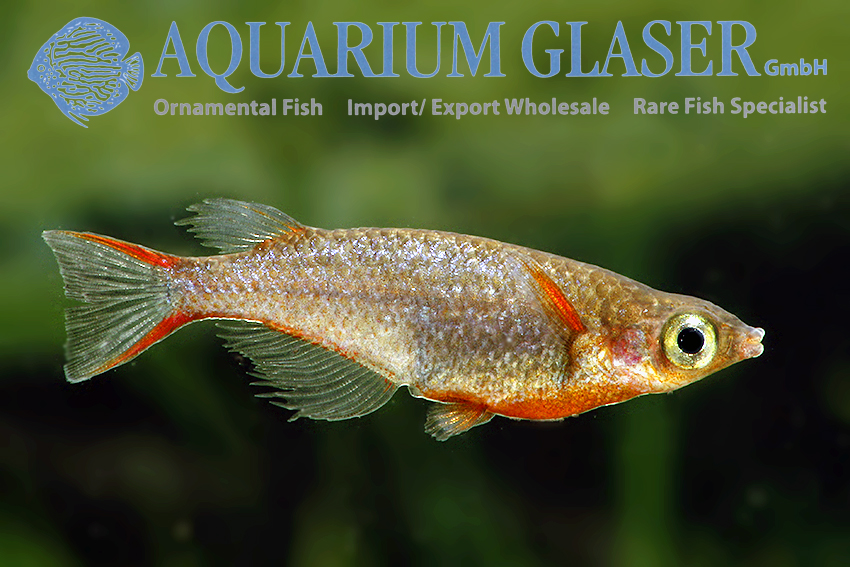 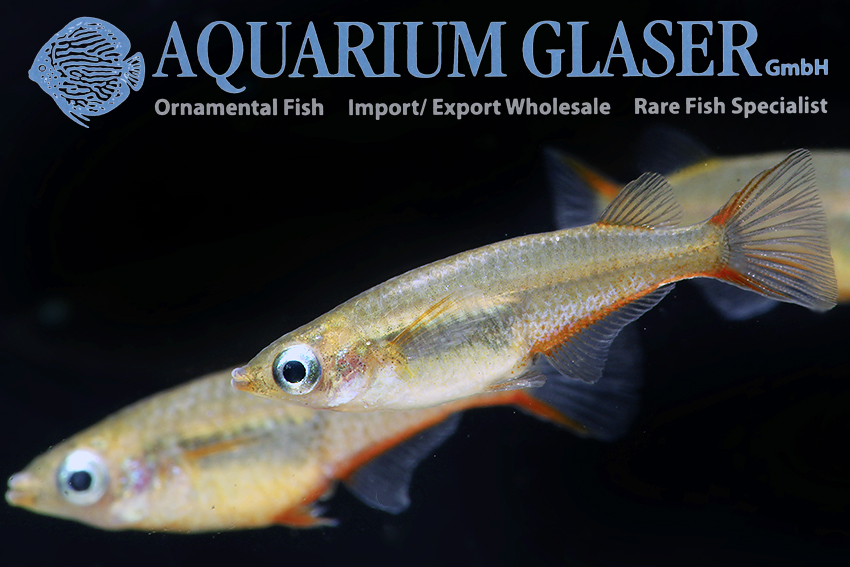 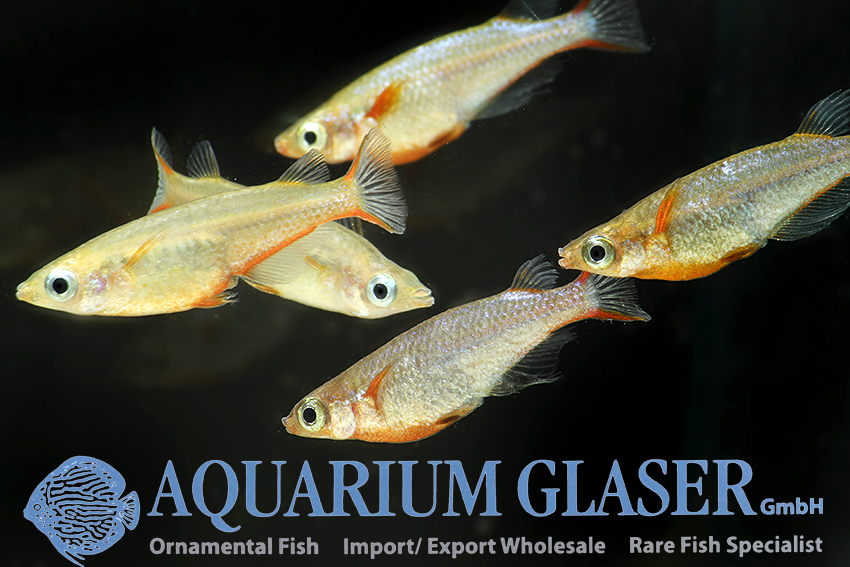 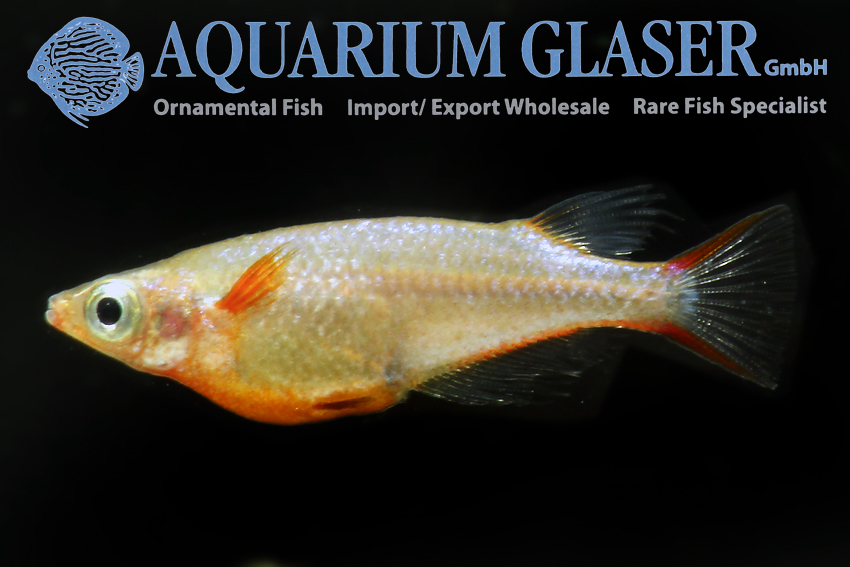 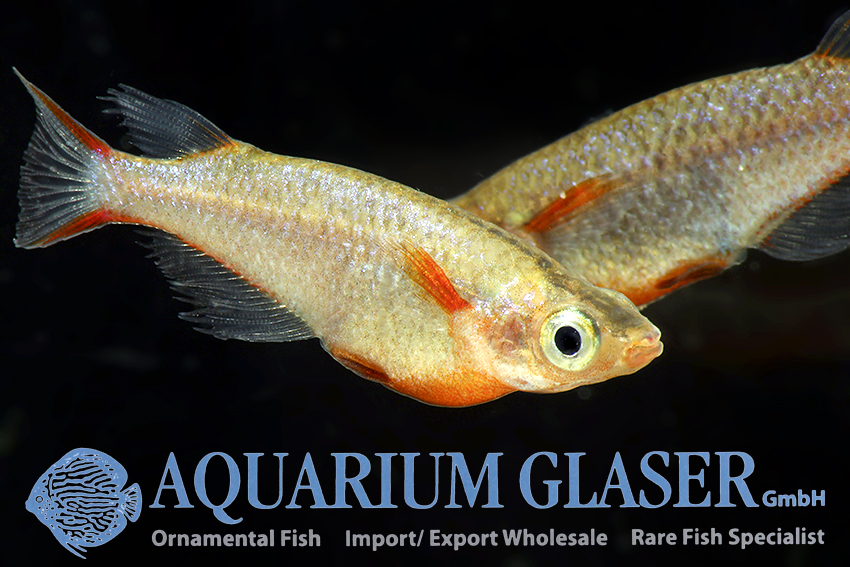 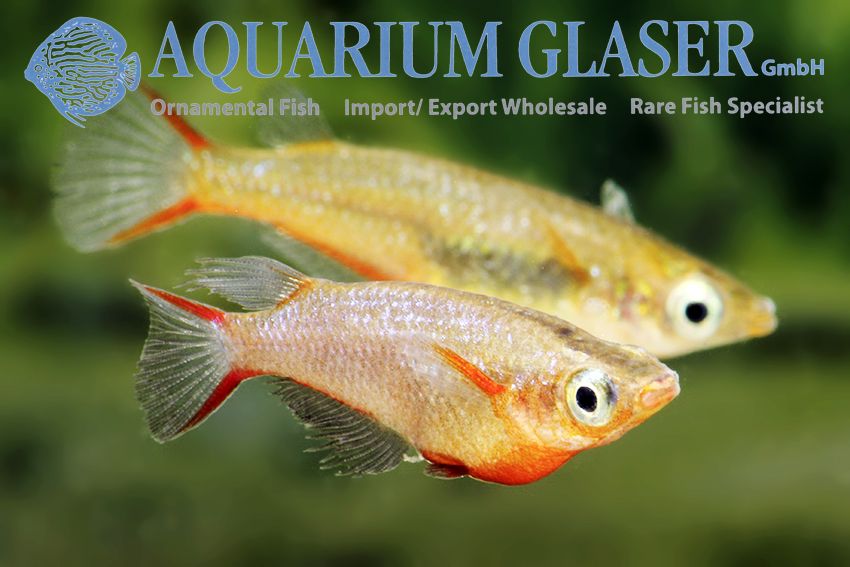 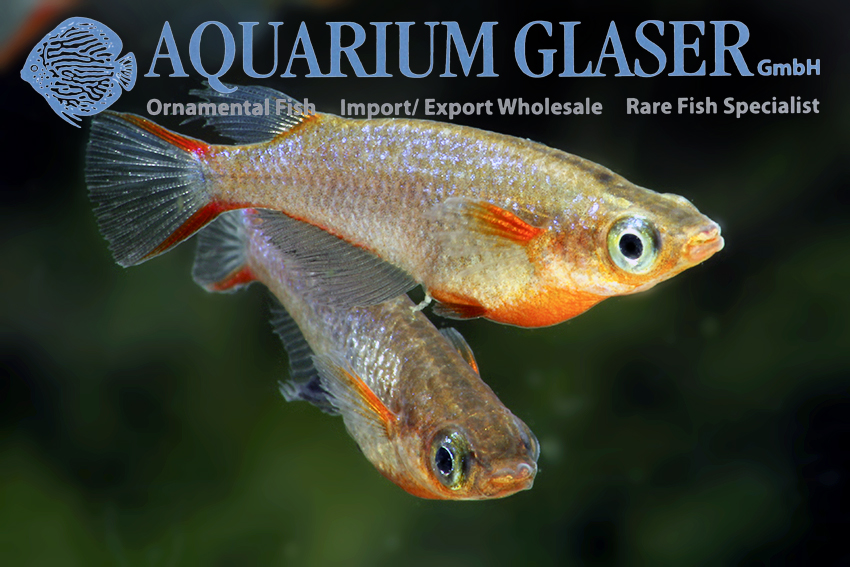 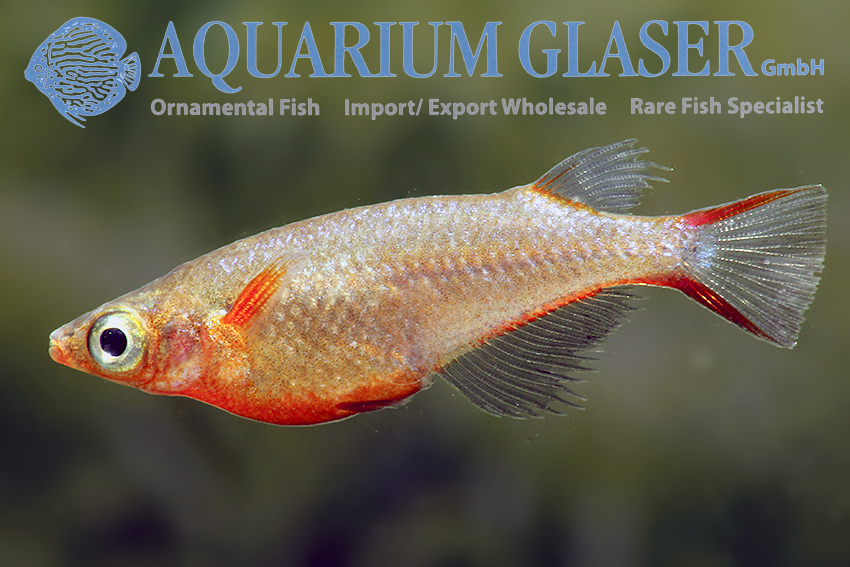 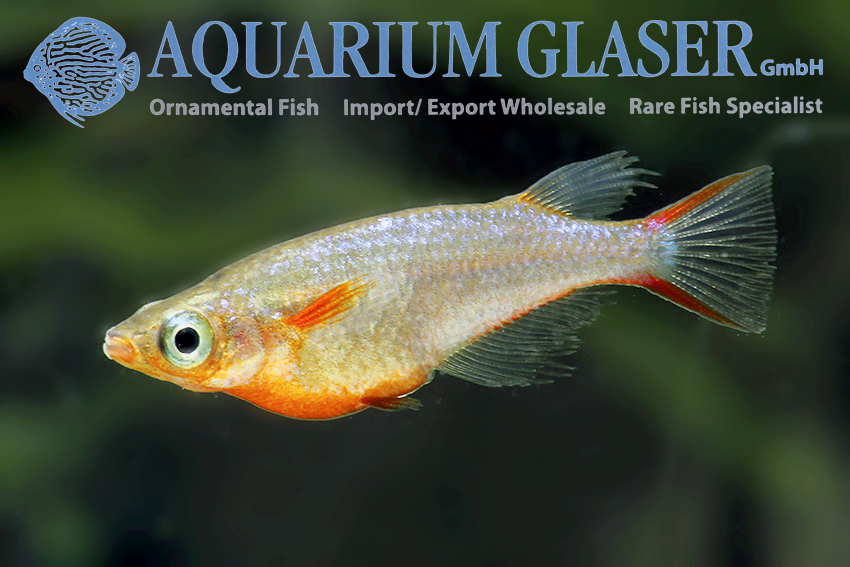 We have now received XXL bred ones of the “real” Oryzias woworae from Taiwan. With over 4 cm of length, they are clearly bigger than their wild living cousins, who remain at least 1 cm smaller. Some years ago (2013) the breeders complained that the dark coloration of mating O. woworae males decreased from generation to generation. This problem seems to be overcome, our Taiwan-bred fish get very, very dark at the courtship display…

For our customers: the animals have code 340134 on our stocklist. Please note that we only supply wholesalers.