Polypterus ansorgii is perhaps the rarest of the bichirs and also comes from regions in Africa from which ornamental fish exports are rarely possible for political reasons. We have already occasionally reported on this interesting, large-growing species (https://www.aquariumglaser.de/en/fish-archives/polypterus-ansorgii/ and https://www.aquariumglaser.de/en/fish-archives/polypterus_ansorgii_xxl_en/) and a detailed report on P. ansorgii can be found here: https://www.aqualog.de/blog/ansorges-floesselhecht-ein-mythos-wird-entschleiert/ (sadly in German language only).

Now in Indonesia, where several Polypterus species have been successfully bred for years, it has been possible to “crack” this species. We can offer very charming youngsters of this animal.

For our customers: the fish have code 162413 on our stocklist. Please note that we only supply the wholesale trade.

We have very nice and stable wild catches of the Orange Bushfish from the Congo in our stock. The bubblenest-building species grows to about 6-8 cm, currently the animals are 3-4 cm long.

The colour change ability is phenomenal. Neutrally mooded animals are reddish-brown with a greenish shimmer, dark vertical bandages run over the body. Sometimes the fish show a light longitudinal band along the entire body. With increasing excitement, the basic body colouring becomes brighter and brighter, the vertical bands appear intensively. The light red in the vertical fins is not affected by this colour change and can be seen well in every mood.

The fish are cared for in tanks with a rich structure at temperatures between 20 and 24°C. Only for breeding the temperature should be increased by 2-3°C, then the water should be soft and slightly acidic. Microctenopoma ansorgii is a bubblenest builder, the reproduction is similar to that of paradise fish.

It is important to know that these fish have a high feed requirement. They are not particularly demanding, but frost and live food is preferred.

For our customers: the animals have code 115501 on our stocklist. Please note that we only supply the wholesale trade. 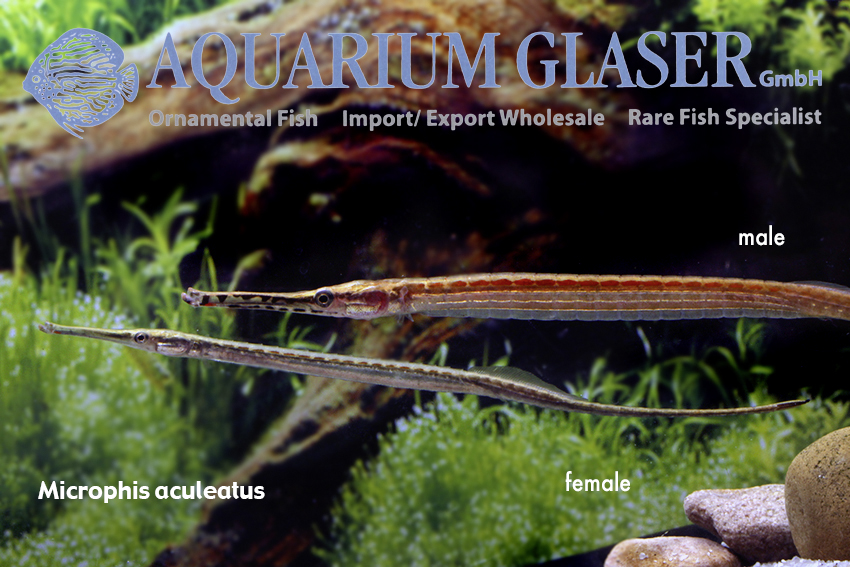 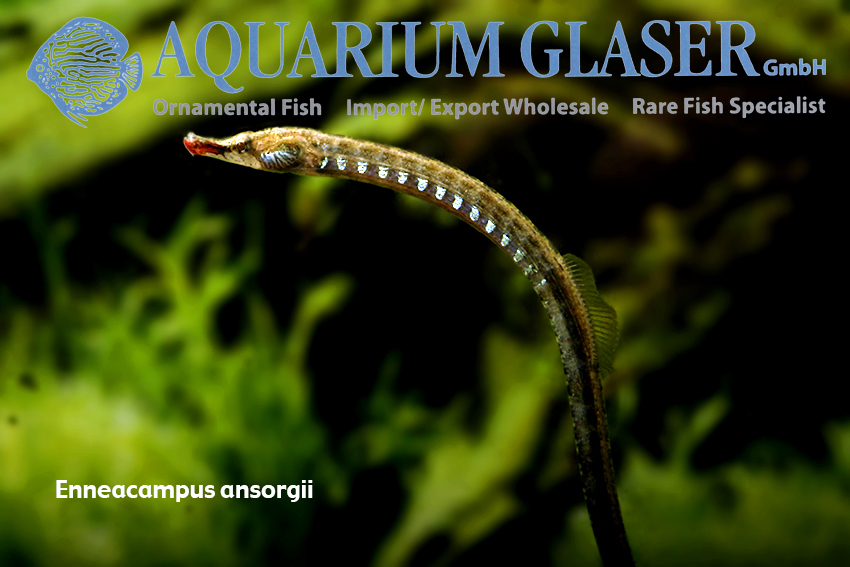 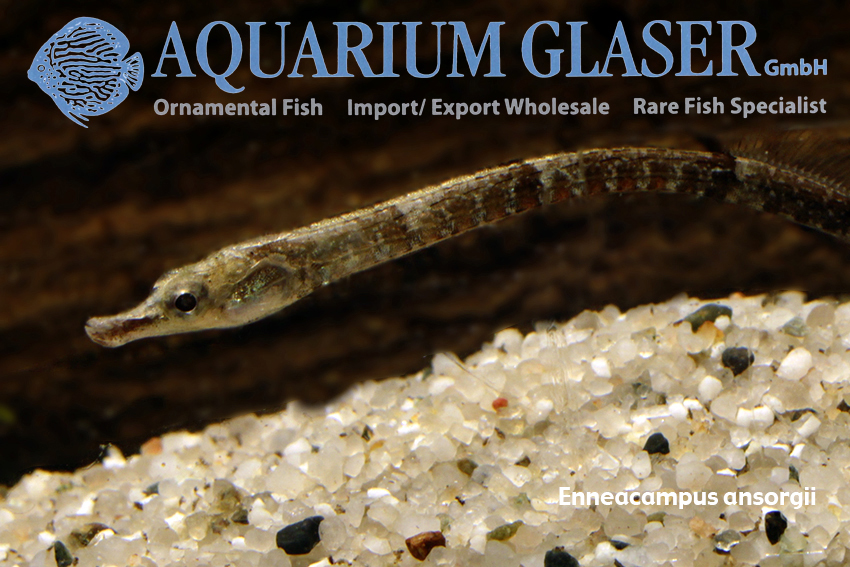 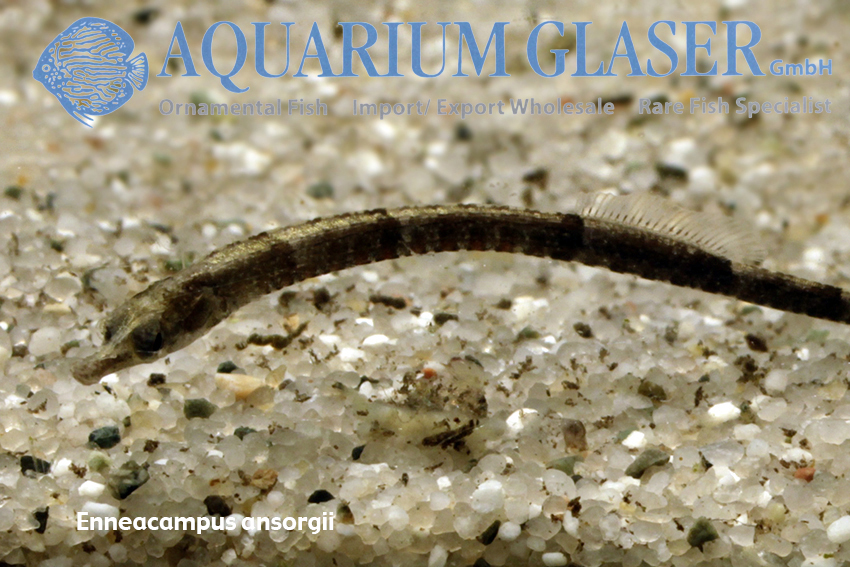 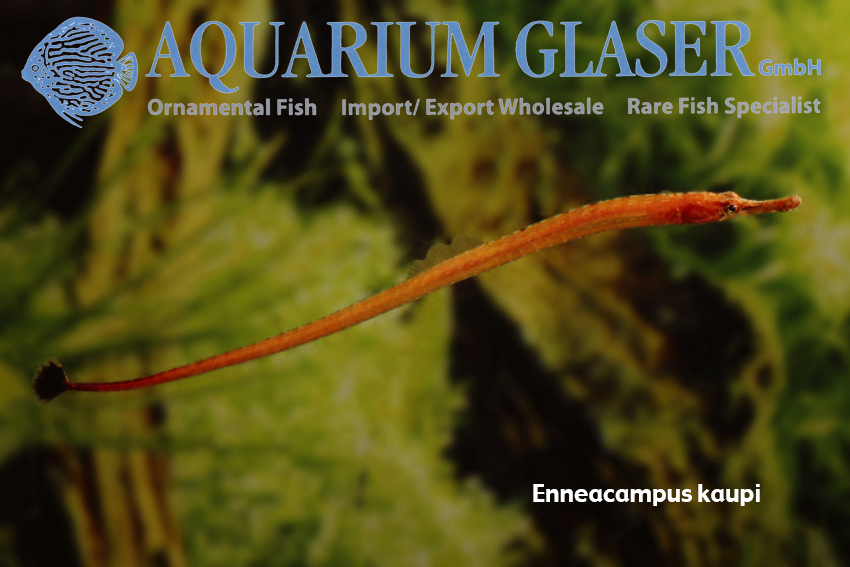 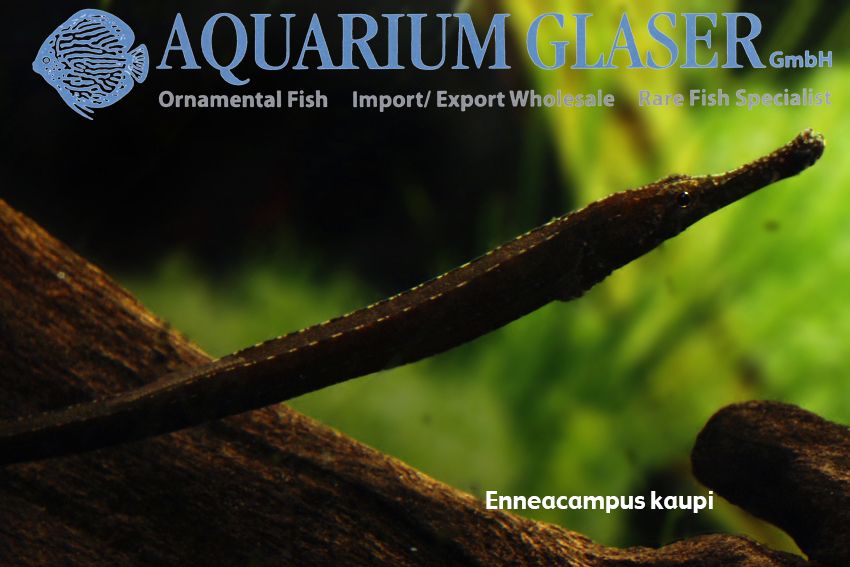 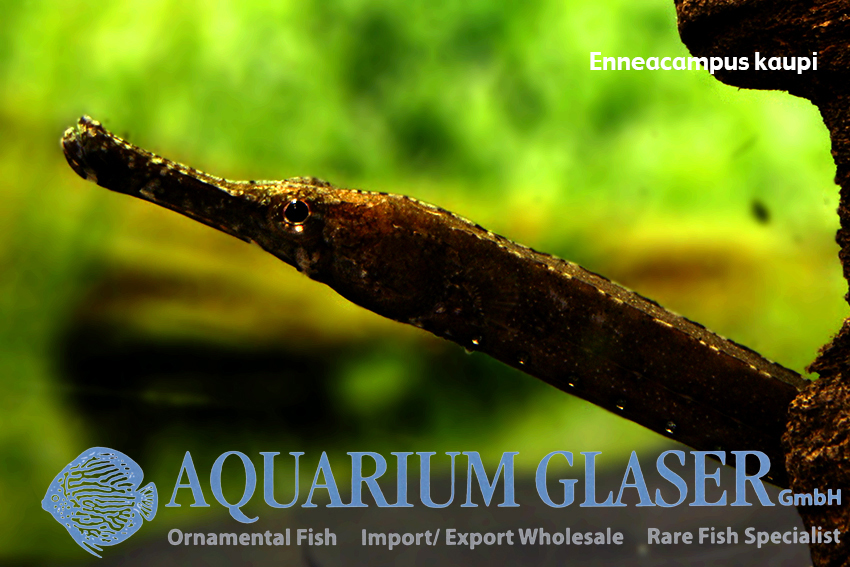 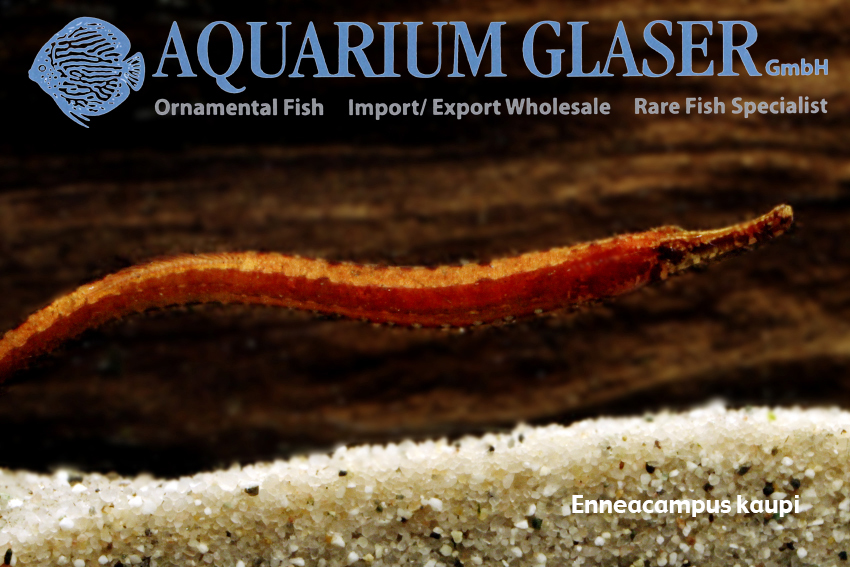 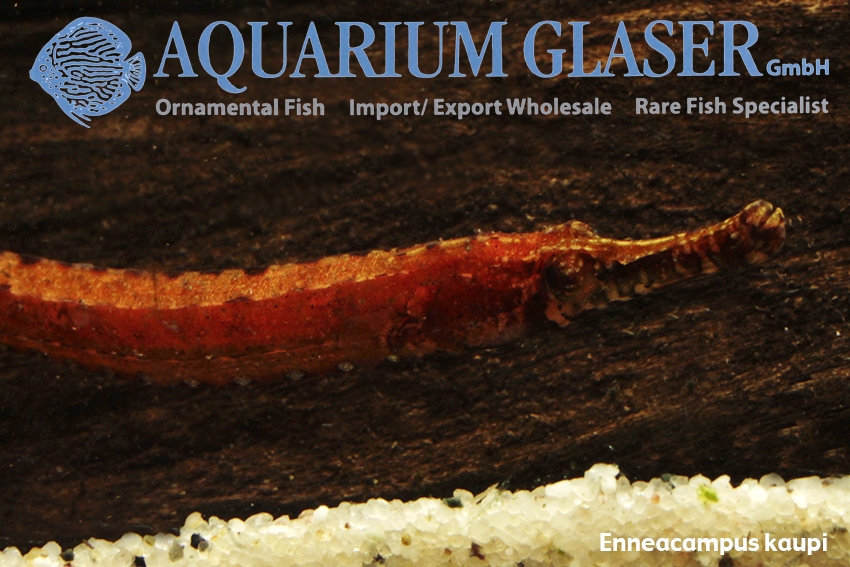 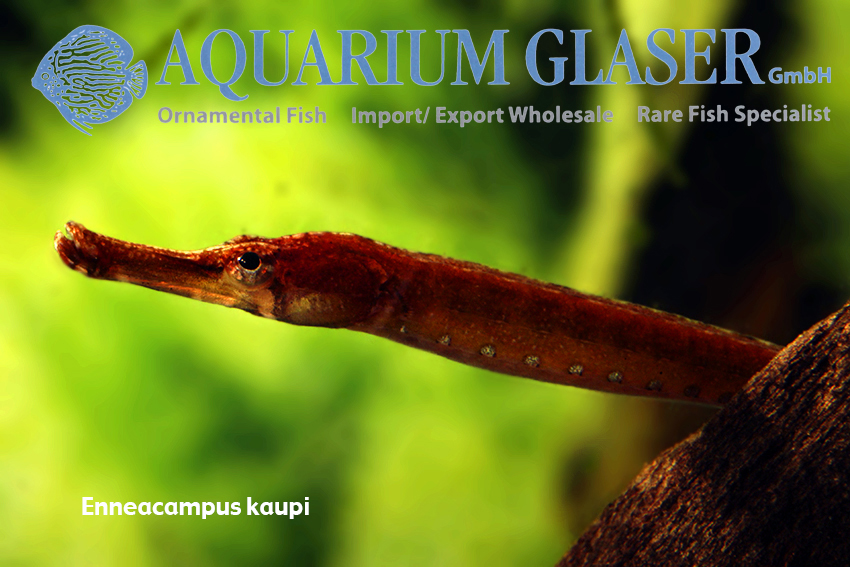 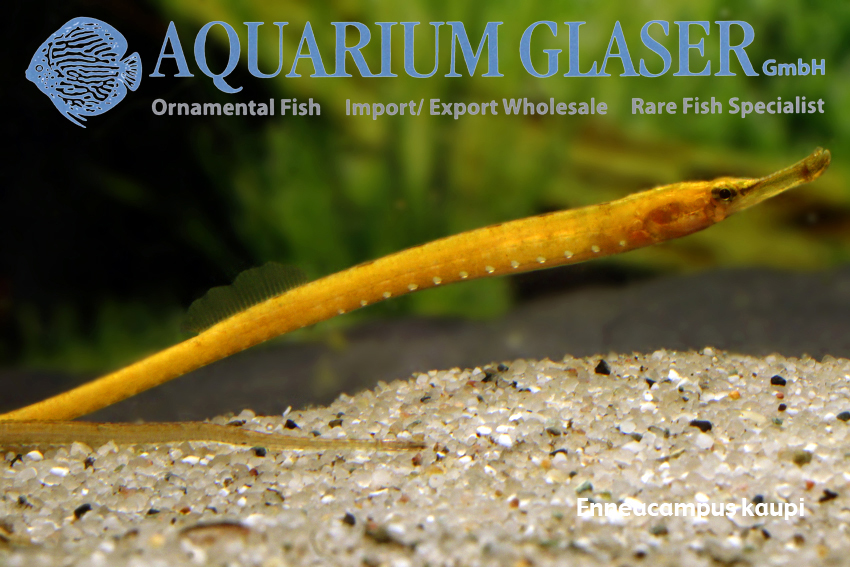 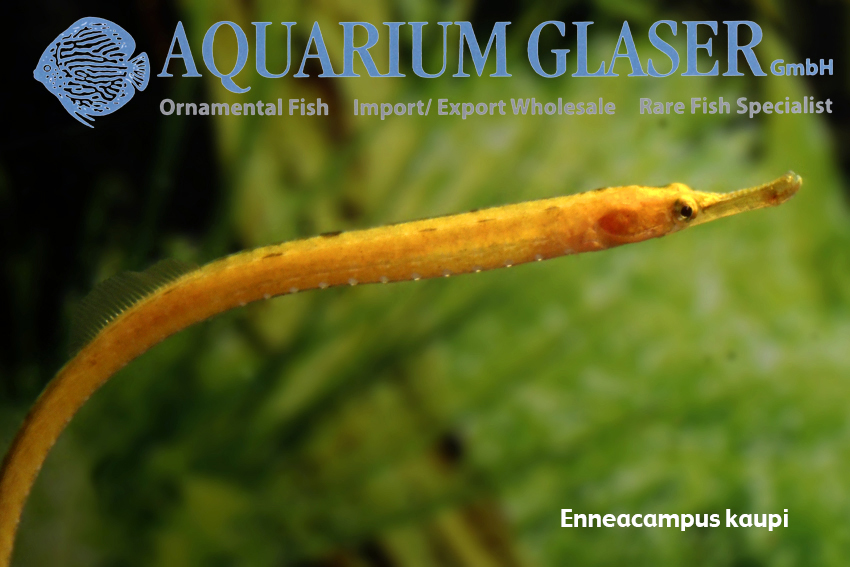 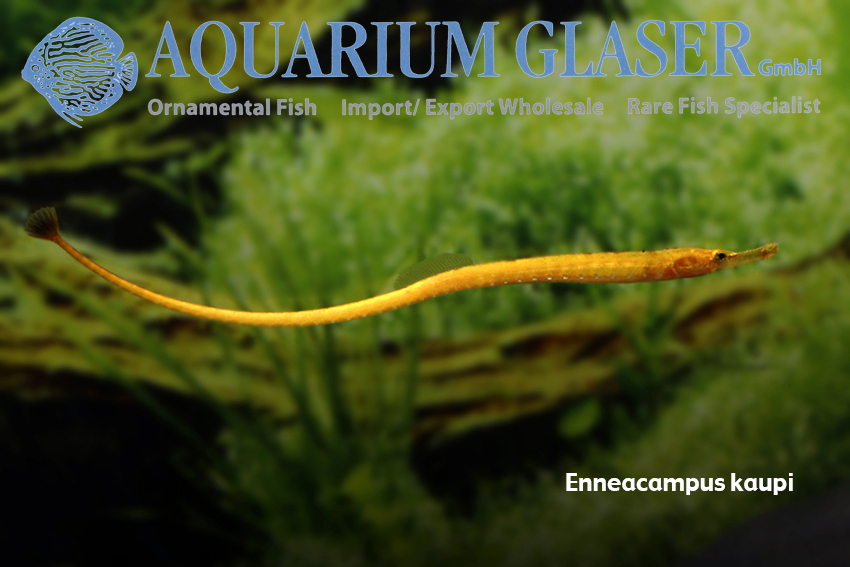 Finally we were able to import again Phractolaemus ansorgii. The last importation was years ago. Sadly the fish are sold out already, but we nevertheless want to show you the interesting animals.

Formerly we obtained these fish from Nigeria, this time they originate from the Congo. In our current import obviously two colour morphs appear, a more reddish one and a more blackish one. We didn´t observe such differences in our former importations, the Nigerian ones were uniformly brownish. Sexually active males develop breeding tubercles along the flanks and around the eyes.

These unique fishes are said to be close relatives of the Kneriidae on the one side, but they show also many relations to the bony tongues, and here especially to the butterfly fish, Pantodon buchholzi. Phractolaemus are air breathers. It s said that these fish can attain a maximum length of about 20 cm. The photographed male that clearly shows breeding tubercles – is about 8 cm long. There is almost nothing known on the natural history of these unusual fishes.