This is a very unusual species of tetra. For sure the placement in the genus Hasemania is only tentatively and needs further investigations, as is explicitly pointed out already by the describers (Bertaco and Malabarba, 2007). It was the combination of lacking adipose fin (very unusual in tetras) and certain features of the dentation that led to the decision to place them in Hasemania. However, the living fish reminds one much more in emperor tetras (Nematobrycon). H. nambiquara originates from the upper Rio Tapajós system. 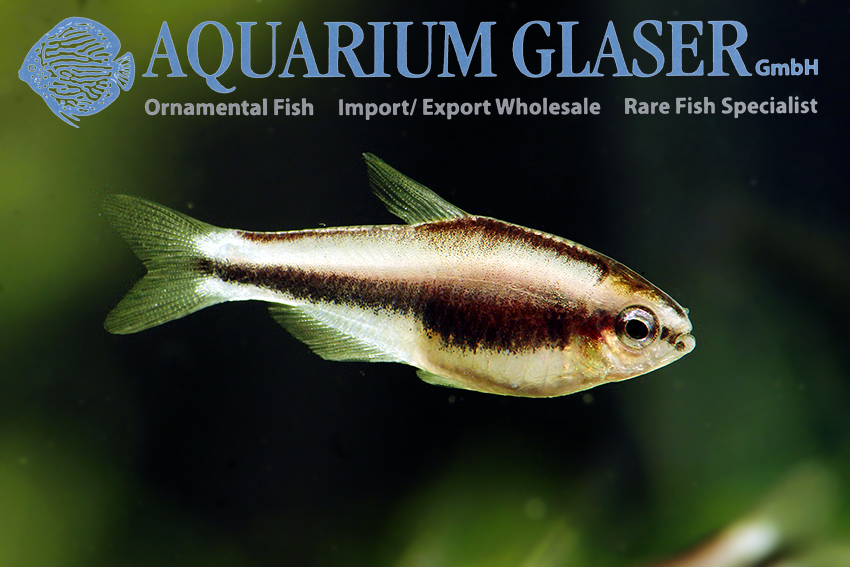 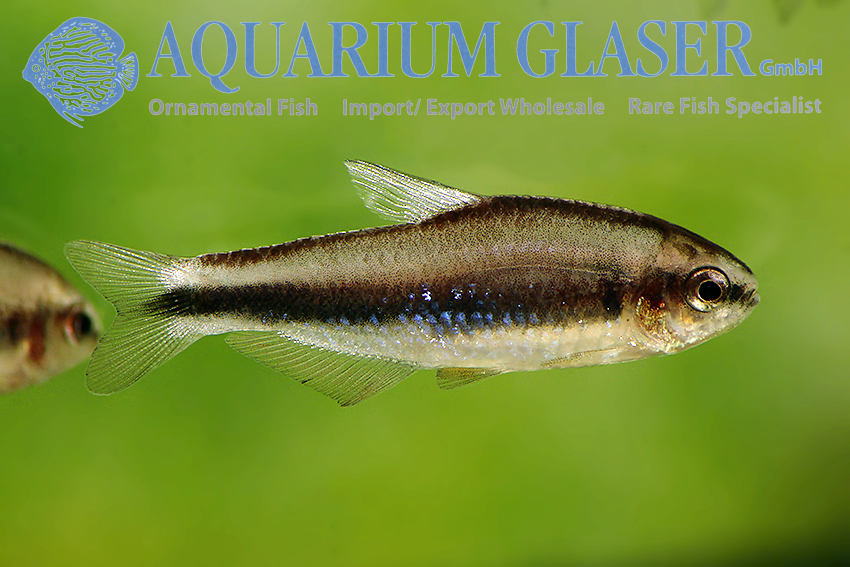 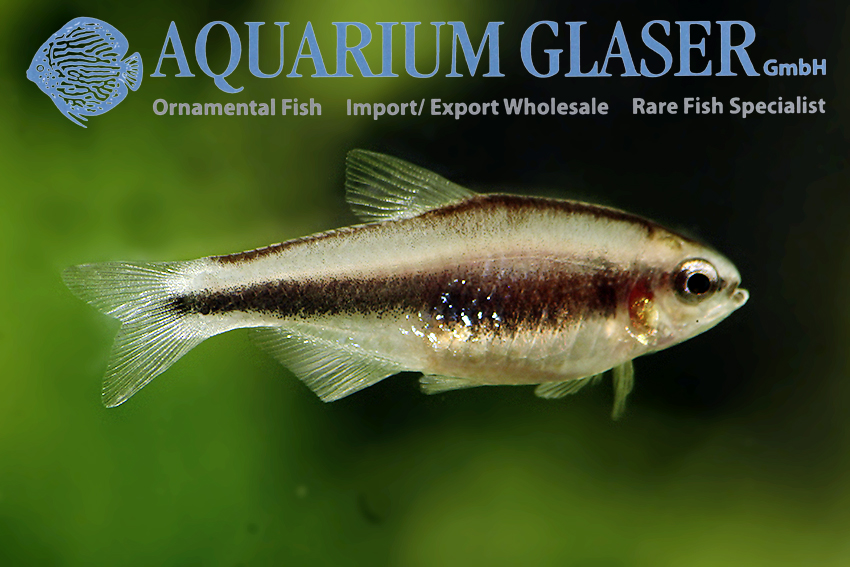 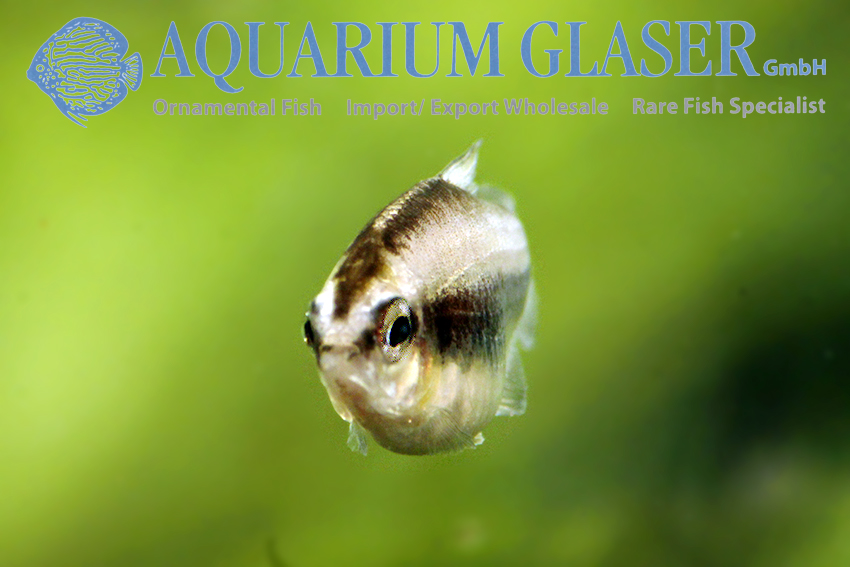 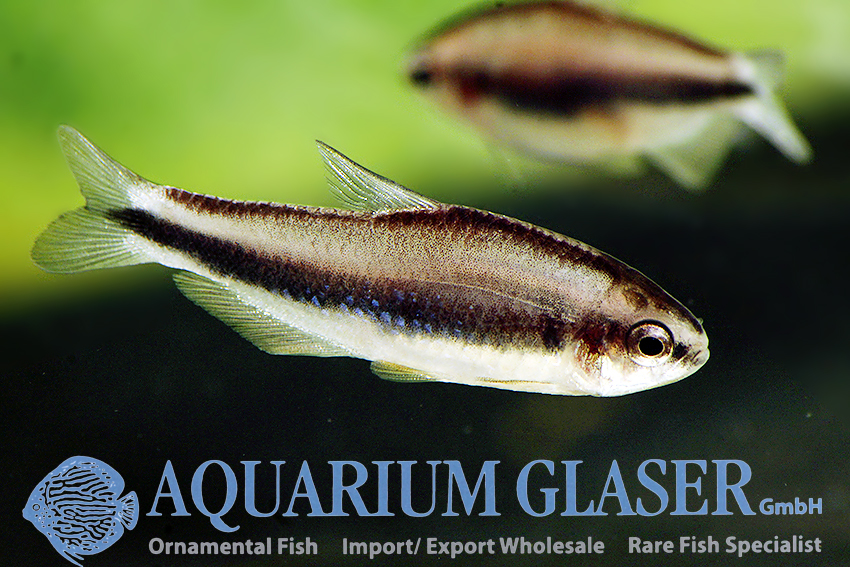 We can offer currently for the first time ever some German bred ones. The species has been introduced to the aquarium hobby by an article of Peter and Martin Hoffmann in the German magazine DATZ 11/2017. During the photo session we observed that there are bright blue scales along the body sides in both sexes, but these are only visible in certain angles of light. If flashed directly the longitudinal band on the flanks looks uniformly dark.

For our customers: the fish have code 255442 on our stocklist. Please note that we exclusiveyl supply the wholesale trade. Available in small numbers only!