Rachows Nothobranch (named in honor of Arthur Rachow, therefore in the common name with “w” at the end) belongs not only to the longest serving, but also to the timelessly most beautiful Killifishes in the aquarium. The orange color form of Beira is the most common in the trade, and has been continuously maintained in the aquarium by enthusiastic enthusiasts since 1958. For more information see also https://www.aquariumglaser.de/en/fish-archives/nothobranchius-pienaari-en/

In addition to this “normal” form, we also occasionally have albinos of Nothobranchius rachovii in our program, which also exude a very special charm.

For our customers: The albinos have code 338023 on our stocklist. Please note that we only supply to wholesalers.

The nothobranchs (Nothobranchius) represents with N. furzeri one of the shortest-lived vertebrates of the world. Only the marine goby Eviota sigillata tops it, with it (in nature) never an animal became older than 59 days. In the case of N. furzeri, the time between hatching from the egg and death from old age is also only 12 weeks (84 days). No wonder that researchers, who study processes during aging, are obsessed to work with this animal.

But we aquarists love Nothobranchius for their magnificent appearance. Of course, we also enjoy their behavior, which is an adaptation to waters that periodically dry up completely. The fish survive the dry phase in the form of eggs in the bottom. Because they hardly live longer than one year (Latin: annus), the short-lived killis are called “annual” species. This has been taken from botany, where annual herbs that die off after flowering and seed formation are referred to as annual species.

Nothobranchius patrizii belongs to the already long known species of the genus, which currently comprises 90 species and occurs in southern and eastern Africa in savannas. In 1927 the species was described, in 1981 it was imported for the first time. The occurrence includes Kenya and Somalia. The species is not the most colorful of the genus, but it is considered very robust and therefore very suitable for beginners in the care and breeding of annual killies.

For our customers: the animals have code 337502 on our stocklist. Please note that we only supply wholesale.

Rachow´s Nothobranch (the species has been named to honour Arthur Rachow, thus the common name must end on a “w”), also called the bluefin notho, belongs not only to the longest-serving, but also to the timeless most beautiful species of killifish at all in our aquaria. Most often the orange colour morph is kept, which has been collected in 1958 near Beira and never disappeared since then, because enthusiastic hobbyist preserved them by breeding. For more informations, please see also http://www.aquariumglaser.de/en/fishes/killifish-en/nothobranchius-pienaari-en/

In the wild, these beautiful fish usually live for only a few months, after which their home waters dry up. But in the aquarium they can get much older, about one year. Important for the successful care is a very nutritious food (best worm food like Tubifex etc.), because the fish have a very fast metabolism. In nature, strong temperature fluctuations of the water of more than 10°C often occur in the day-night change. A daytime temperature of 24-25°C is favourable, at night the temperature may drop to room temperature (i.e. about 18°C). This temperature fluctuation is achieved quite simply by switching off the heater with the light at night. Even though the fish, which by the way become about 5 cm (males) and 4 cm (females) long, are rather indifferent to the chemical composition of the water, they are less susceptible to Oodinum in harder water.

Nothobranchius species are best kept in single-species tanks, they are hardly competitive against other fish.

For our customers: the animals have code 338003 on our stocklist. Please note that we only supply the wholesale trade. Only available in limited quantities!

Yes, this pretty magnificent killifish actually writes itself “palmqvisti” and not, as one would think, “palmquisti”; this spelling with “v” was used in the first scientific description in 1907 and may not be changed. Palmqvists Nothobranch is an old acquaintance in the hobby and was first imported in 1958 and soon also bred with good success. Nothobranchius species are typical seasonal fish whose spawn, hidden in the bottom, has to be stored dry for a while before being returned to the water, whereupon the young hatch very quickly. 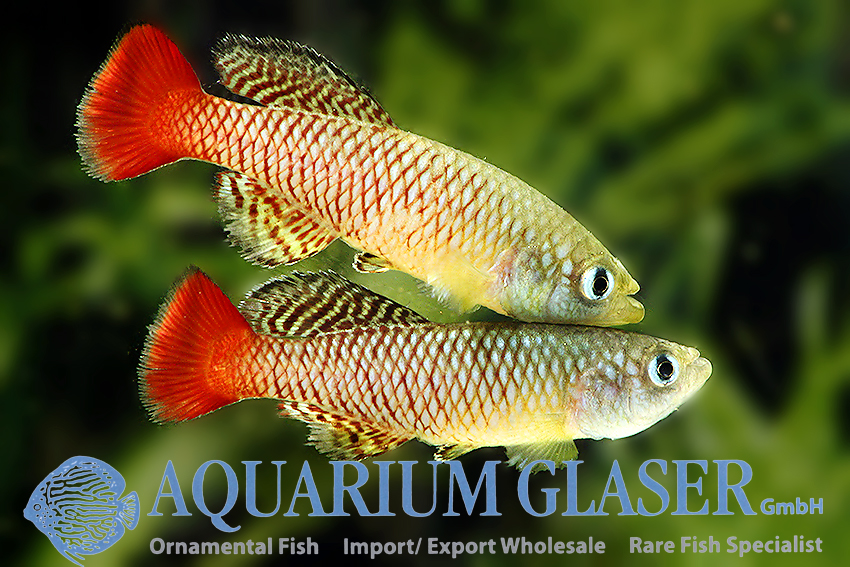 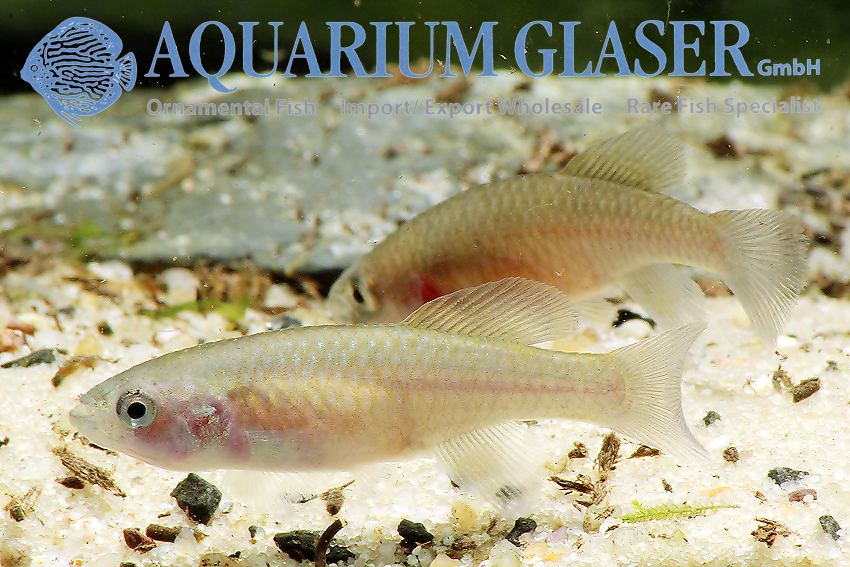 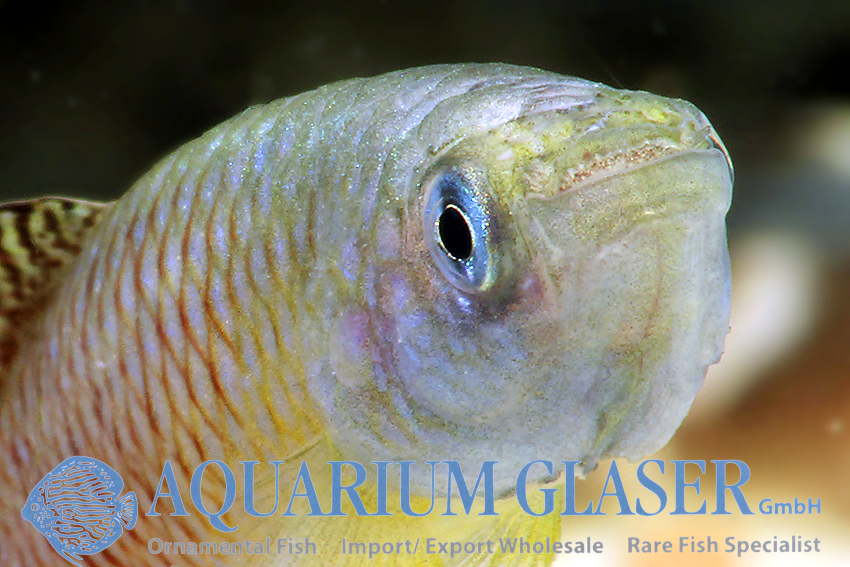 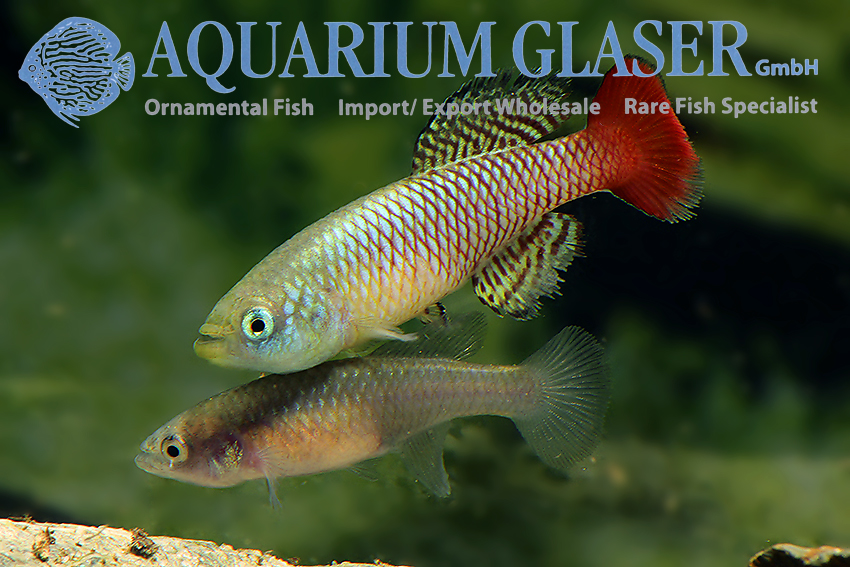 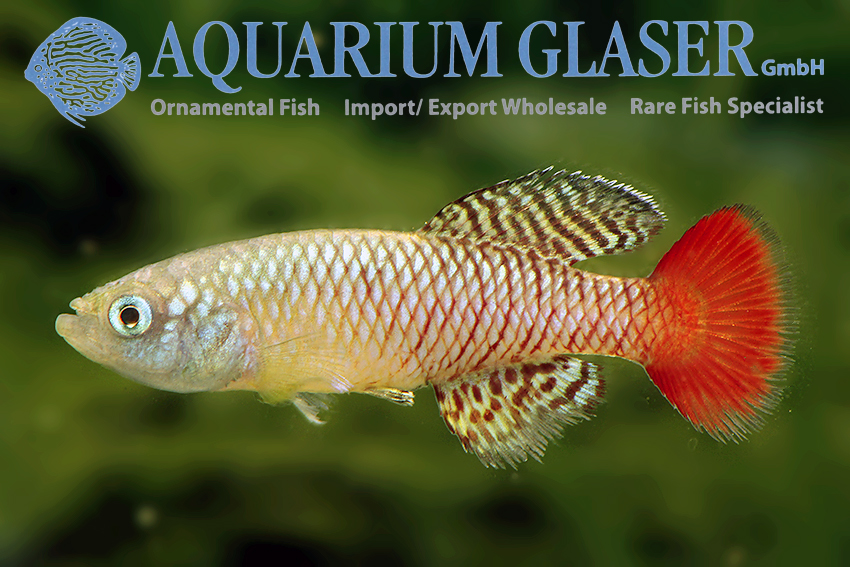 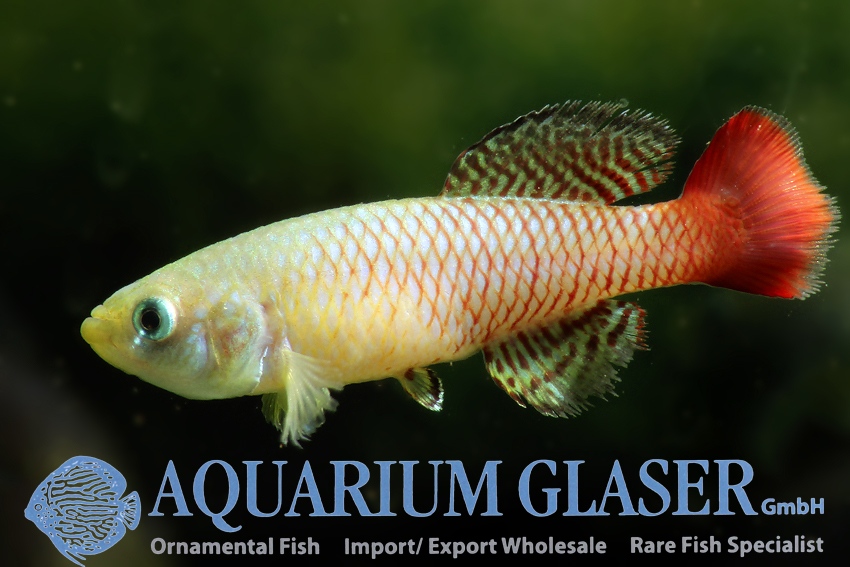 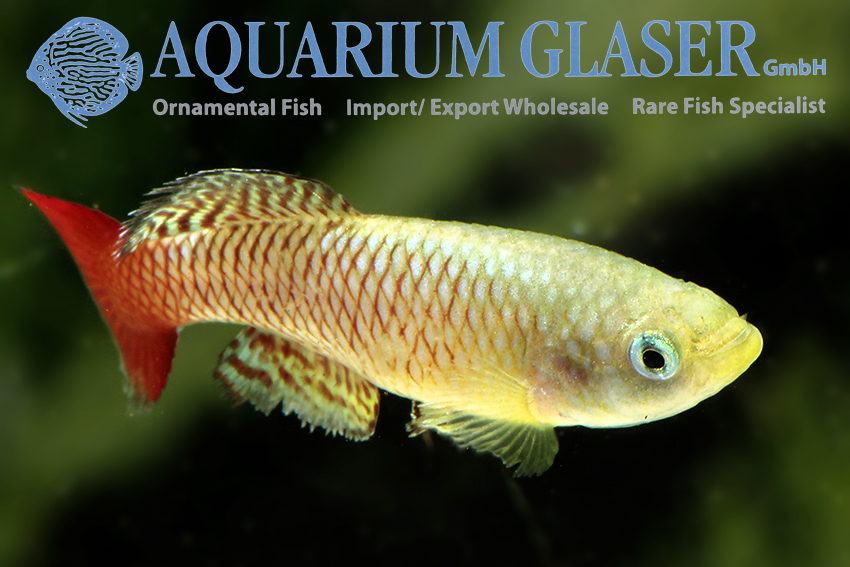 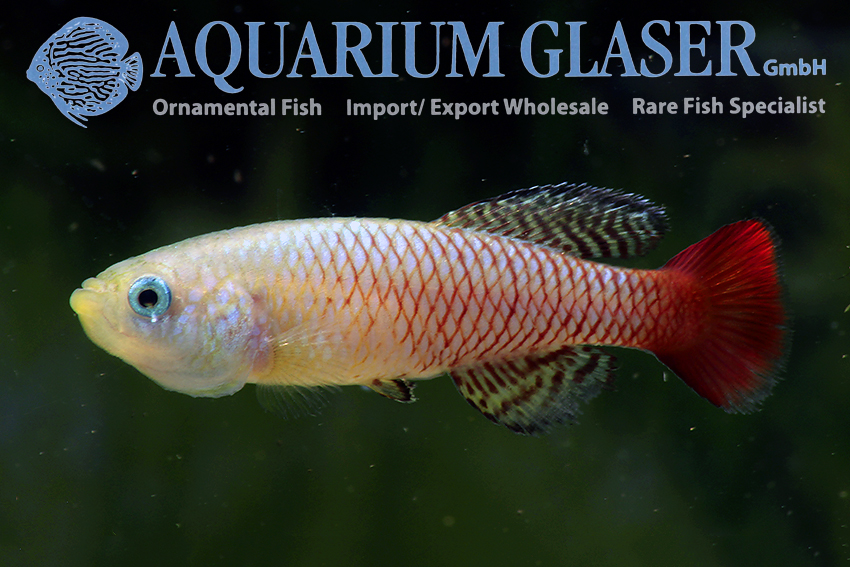 For our customers: the animals have code 337003 on our stocklist. Please note that we only supply wholesalers.

Among the most variable species of kiliifish is Nothobranchius eggersi, the Orchid nothobranch. This species has been discovered on an expedition in winter 1980/81 by Lothar Seegers, Gerd Eggers, and Christel Kasselmann in eastern Tanzania. One year later L. Seegers described the species scientifically. The species lives endemic in the Rufiji river basin. The type locality is south of Kibiti on the bank of the Ruhoi river. Here the first four specimens  were collected in a ditch. 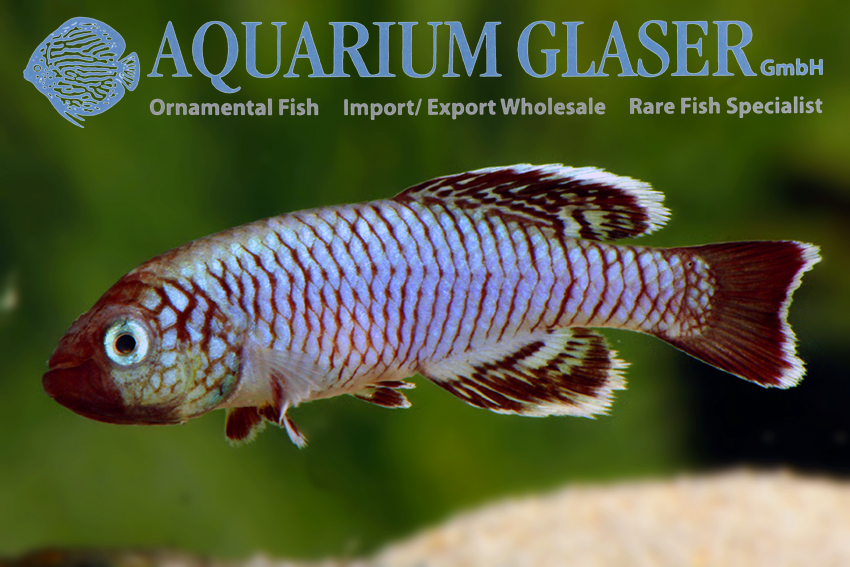 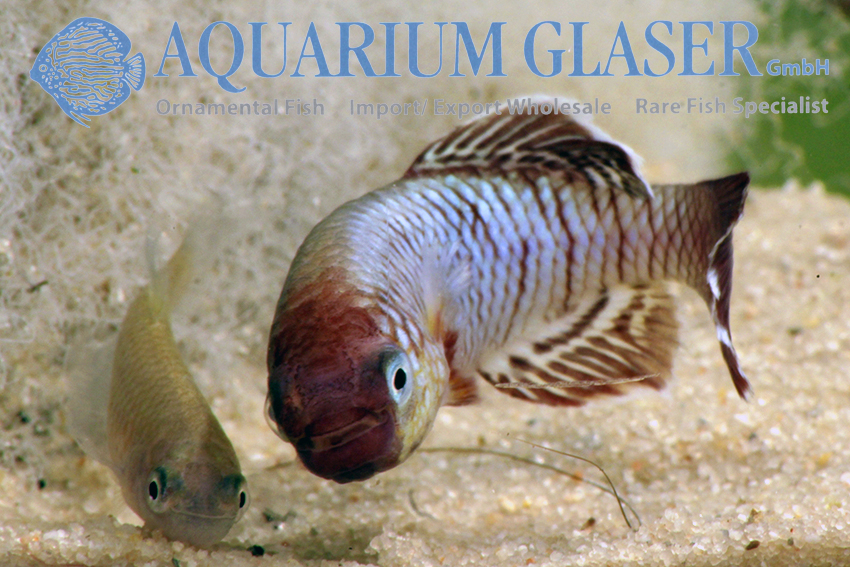 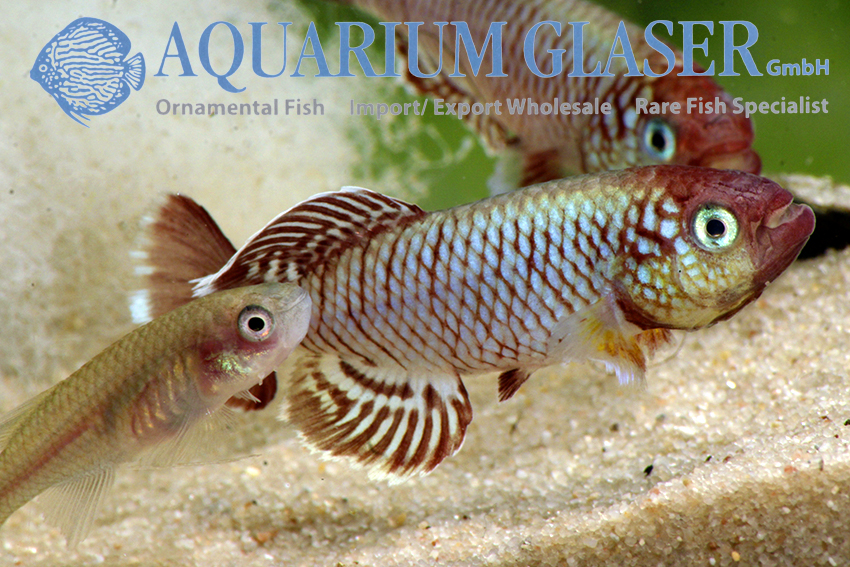 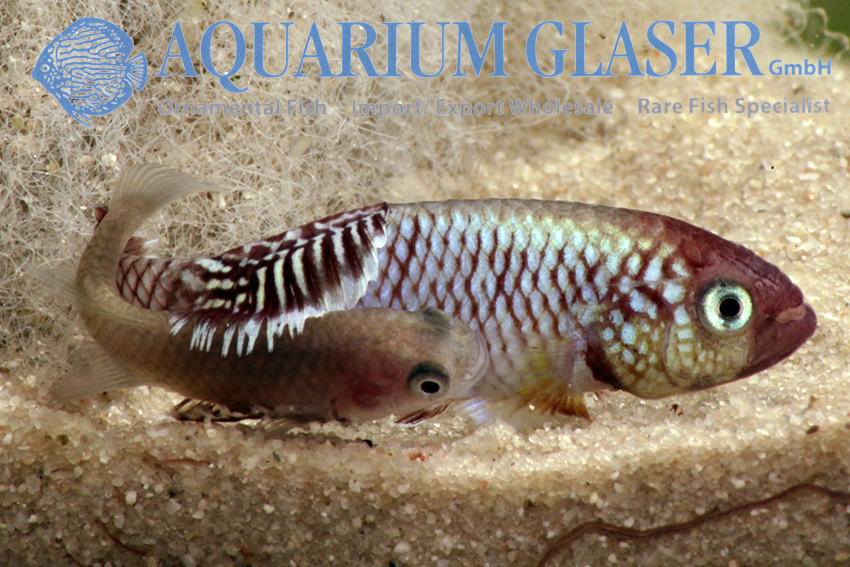 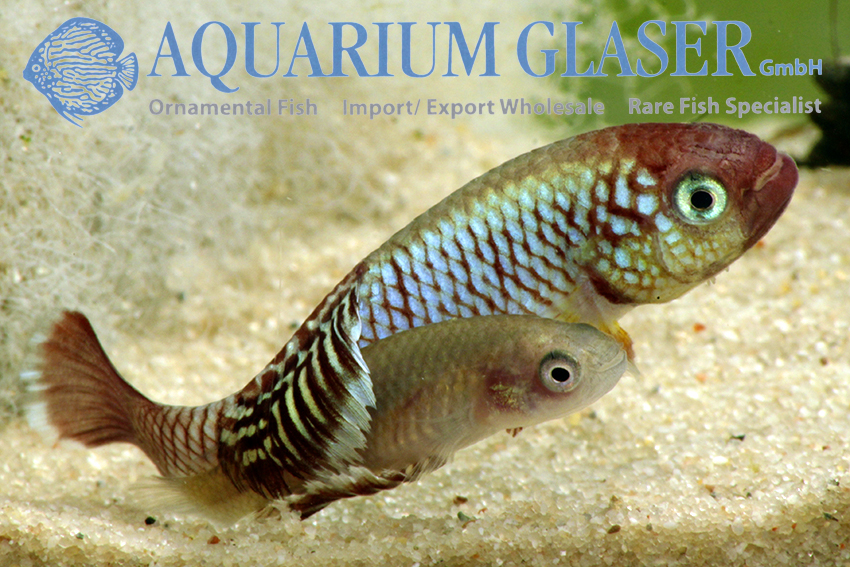 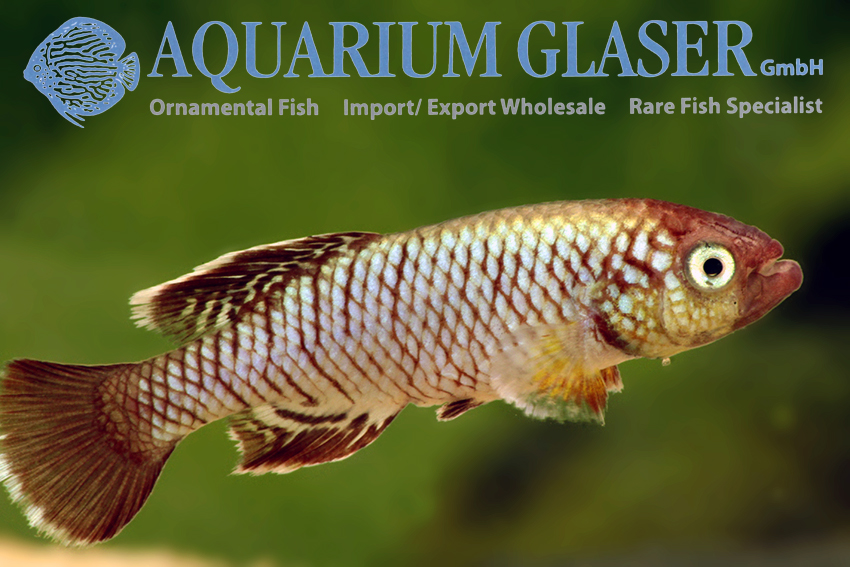 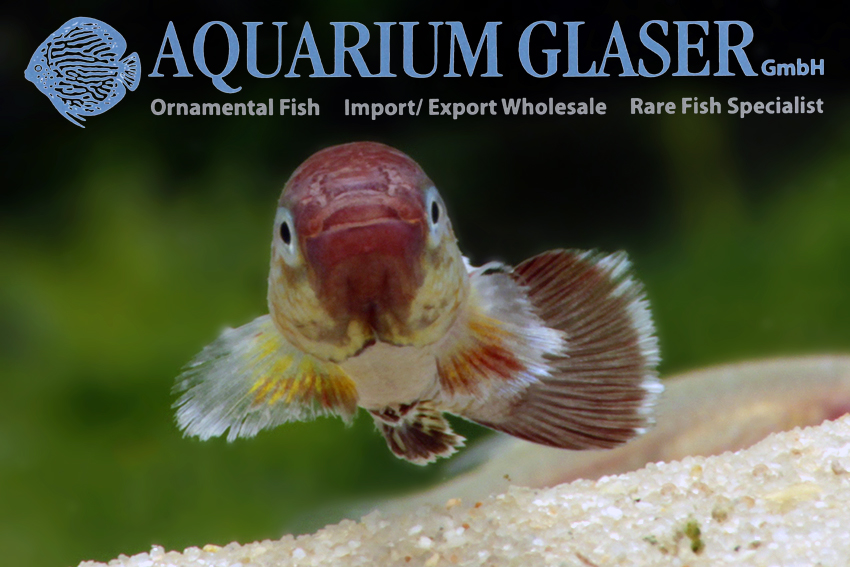 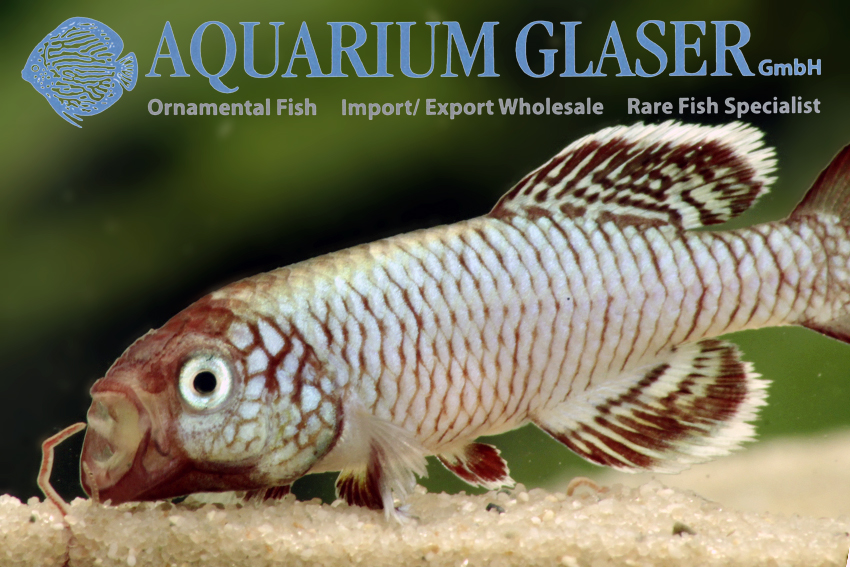 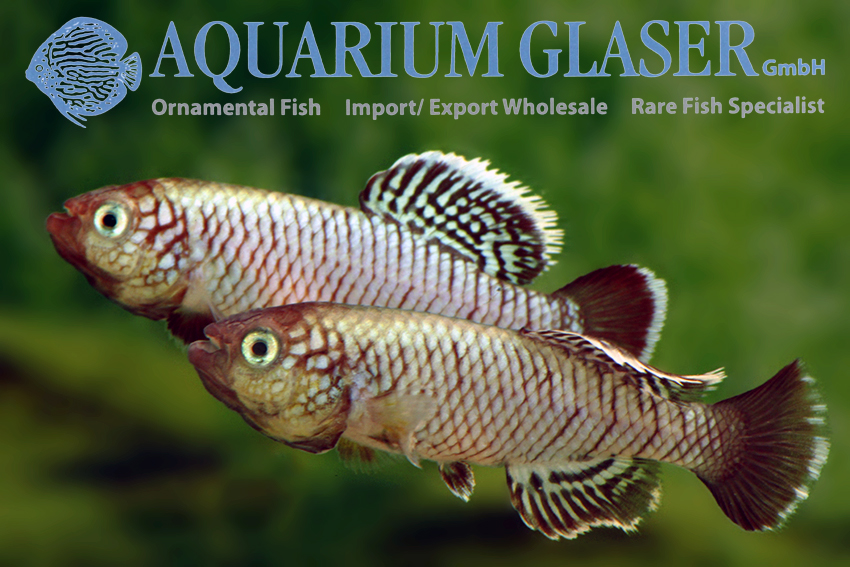 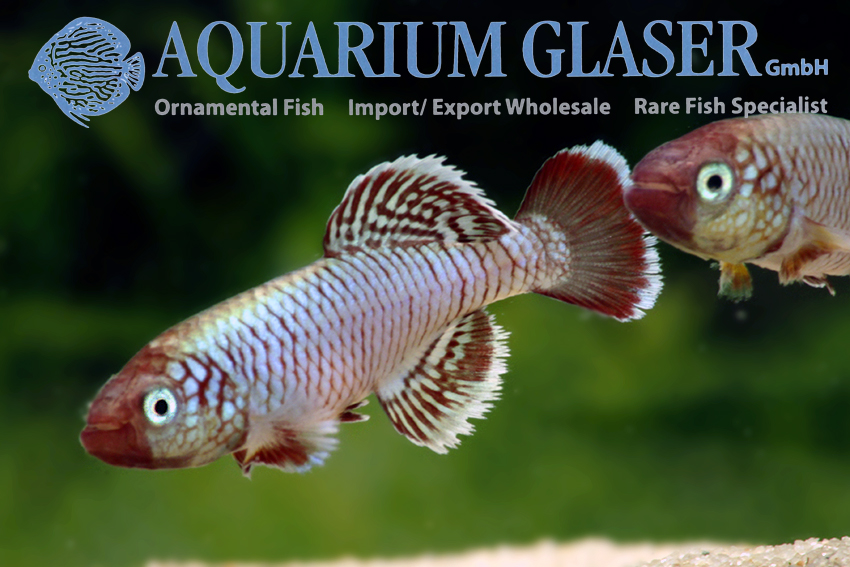 Due to the high degree of variability it is very important to spread offspring with a correct locality/collecting site information: this has a long tradition among killifish freaks. Even we in the wholesale trade try our best to use this naming wherever possible.

Keeping and breeding Nothobranchius eggersi is comparable to that of other species of nothobranch; the species is usually not very much demanding. Although the lifespan in the wild is usually only a few weeks they can live in the aquarium up to 16 months. If young fish are feed heavily they can reach sexual maturity at an age of 20 days. They are about 22 mm long then. Maximum size reported is 4-5 cm (males), females always stay much smaller.

For our customers: the animals have code 330503 on our stocklist. Please note that we exclusively supply the wholesale trade. Available in small numbers only!